An Indian couple is banned from climbing any mountain in Nepal for ten years after they were found to have faked their Everest photos.

Dinesh Rathod and his wife allegedly faked their Everest photos 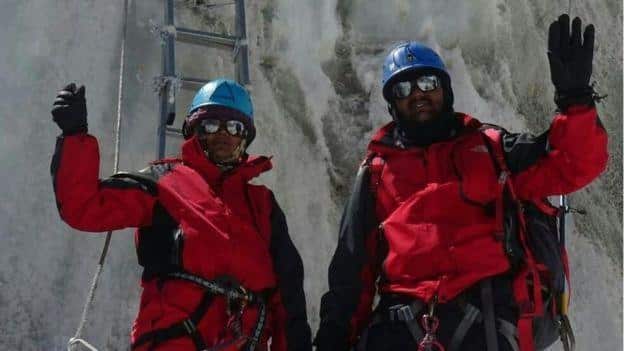 The Indian couple, Dinesh Rathod and his wife, claimed that they reached the peak of Everest on May 23rd. Nepal’s Tourism Department initially verified their claim. However, upon closer inspection of their supposed photos, it was found that they superimposed their faces and the Indian flag on another mountaineer’s photos.

Mountaineer Satyarup Sidhantha holds his photo and the manipulated photo of the Indian couple. 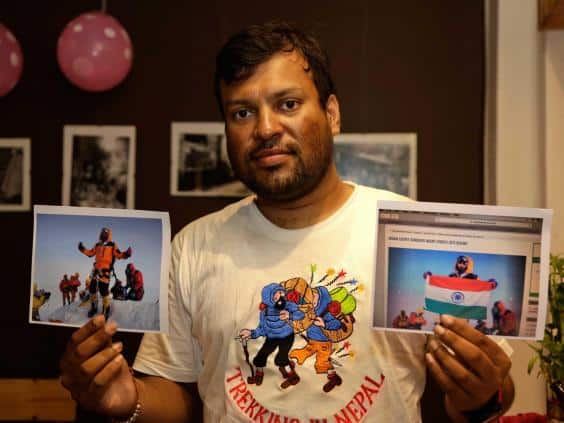 One other mountaineer has claimed that the manipulated photos of the couple showed they had different outfits throughout the climb. In an interview, he told the press that being able to change clothes mid-climb without getting frostbitten would be a “miracle”. 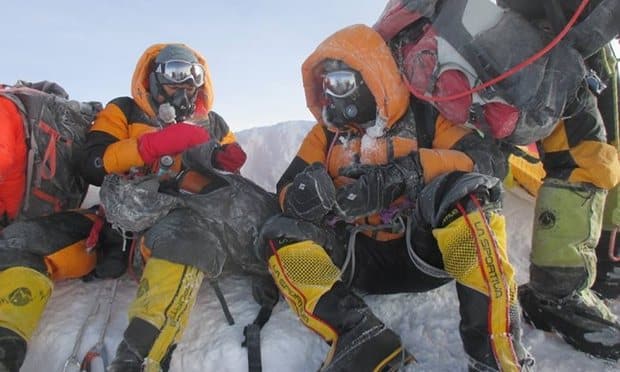 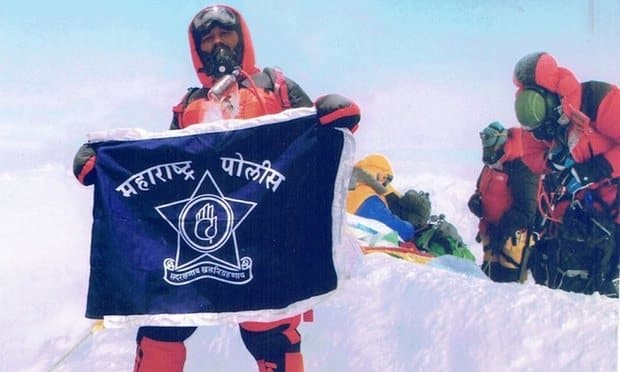 A few days later, the Nepalese government rescinded their initial confirmation of the couple’s successful ascent. In an interview with AFP, Tourism Department Chief Sudarshan Prasad Dhakal stated, “Our investigation shows that the couple faked their summit. We have imposed a 10-year ban against them from climbing any mountain in Nepal.”

The couple did not cooperate with the investigation, and neither did the two sherpas who accompanied them during their climb.

Authorities also stated that the imposed ban should “serve as a warning for mountaineers to follow ethics.”