A man shouldn’t even be crazy enough to throw his girlfriend overboard just for some stupid stunt, even if she’s game to go for it. You must exercise restraint and common sense. You don’t just toss somebody from the boat and into the water, especially not THIS way. Because she may end up hitting the railing and…let your imagination cringe at the thought.

In this video, a man and his friend is holding a female (the girlfriend) high in the air; they are standing on the top of the boat. The woman appears to be covering her nose and preparing to meet the water’s impact. A crowd of people gather around them to watch the spectacle. She jumps, but fails to get enough height needed for her to land safely on the water. The other guy reaches out with his arm and tries to pull her back, perhaps sensing that the fall will be disastrous. But he wasn’t unable to break her fall successfully; instead, she lands neck-first right into the metal railing of the boat. OUCH. 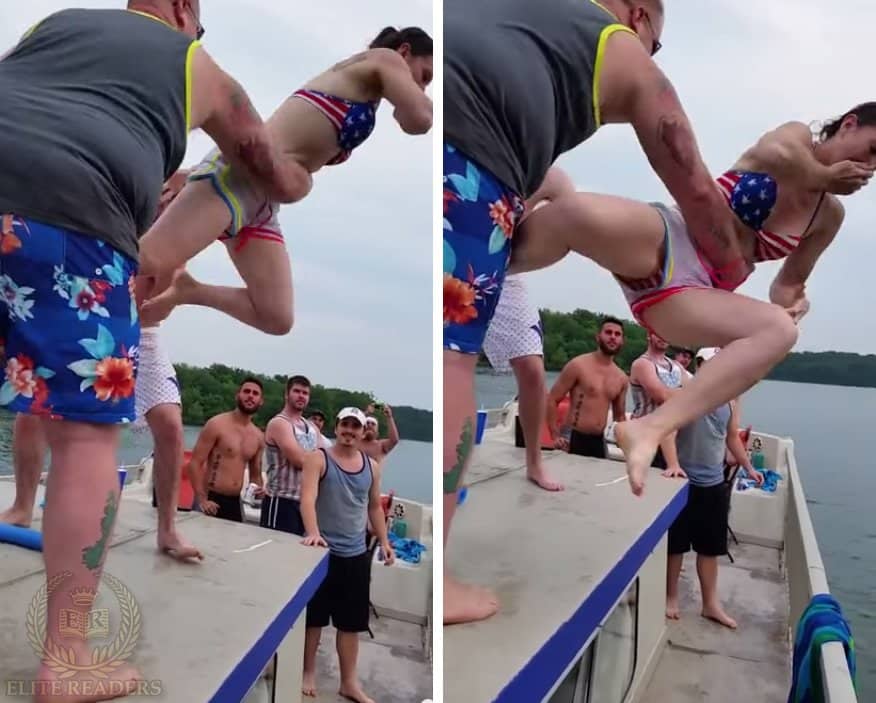 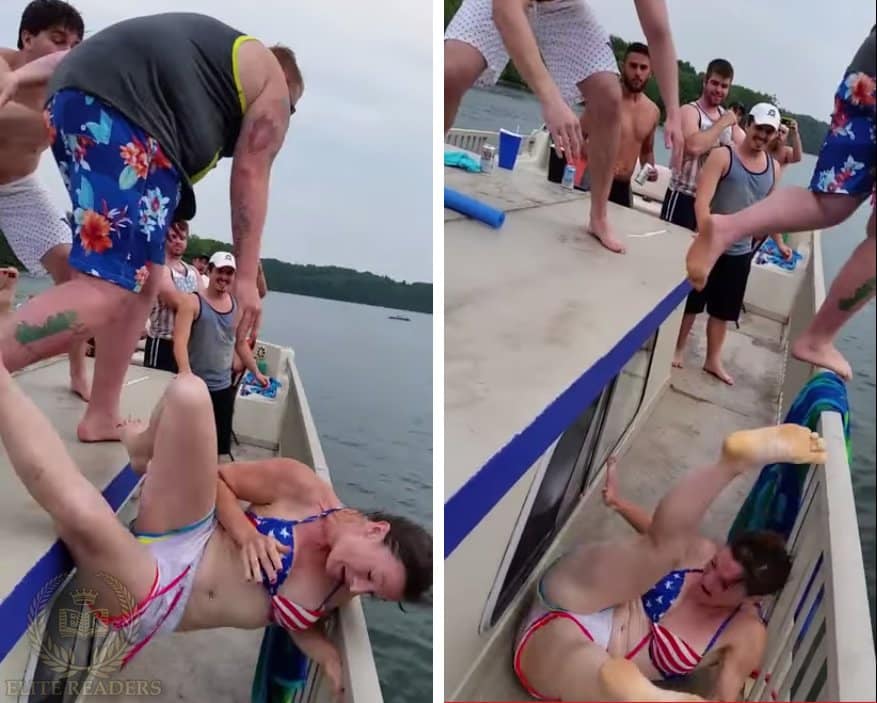 Watch the video to see what happened to her:

Please kids, don’t ever, EVER try this.