A self-confessed K-pop fan is going viral after shoving a hammer in her mouth. Kaley, a 14-year-old girl from Louisiana, is a big fan of K-pop group, BTS. Just like any other BTS fan, also known as A.R.M.Y., Kaley is always swooning with the band’s handsome members.

During one of her chat sessions with friends, Kaley got “a little hyper” bragging about how good-looking BTS is. The K-pop fanatic even described the group as so gorgeous she could put a hammer in her mouth.

“I was sending her pictures of one of them, [and] he’s good-looking. So I sent it and said, ‘He’s so beautiful I could shove a hammer in my mouth.'”

14-year-old Kaley admits that she is a big fan of BTS. 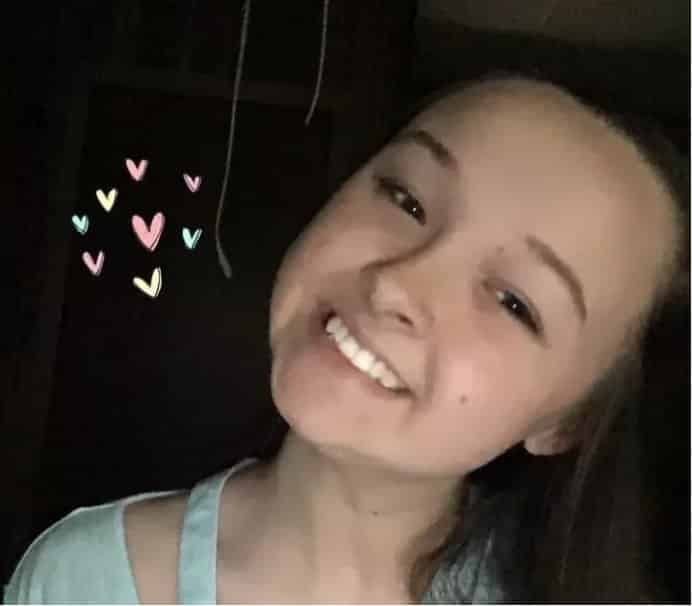 Little did she know that her friend would actually dare her to do it. Determined to prove that she will do anything for her favorite group, Kaley tried to shove the hammer in her mouth. However, that’s when she realized that it was stuck.

Talking to Buzzfeed, Kaley recalled how she struggled to get the hammer out of her mouth:

“It was a little too big to fit in my mouth in the first place, but getting it out was even more of a problem.”

The hammer surprisingly fits in her mouth. 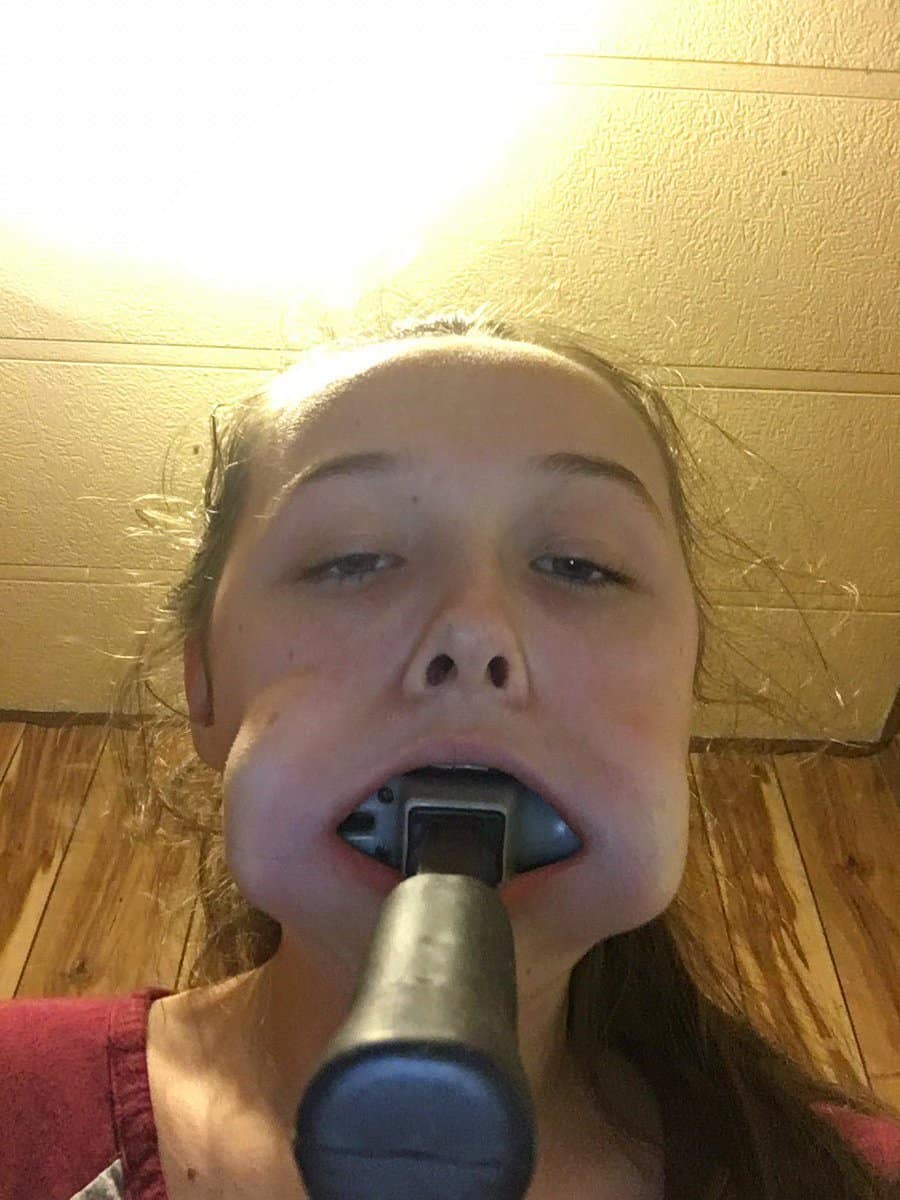 Fortunately, after ten minutes of pulling, Kaley was able to get it out successfully.

Shortly after she posted the weird photo of herself with a hammer inside her mouth, the Twitterverse instantly loses it. Many were quick to react about Kaley’s hammer mishap. One netizen commented, “Why on earth would you do that?!” while another one wrote, “A certified A.R.M.Y. indeed.” 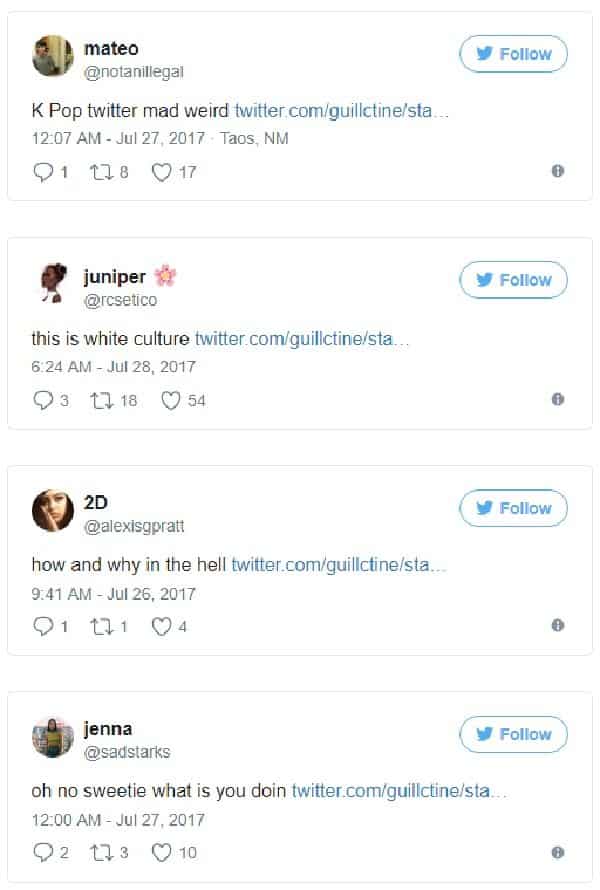 In the end, Kaley did realize something.

“There are ways to channel your excitement, and shoving a hammer in your mouth probably isn’t the best.”

After the incident, Kaley managed to find the positive in it. The teenager reportedly shoved it back in her mouth again for a few times to show her friends. But that might not last long as her mother is now “hiding the toolbox” who said:

“I’m now going to be known as the Hammer Girl’s mother.”

Kaley has been showing off her new talent to her friends. 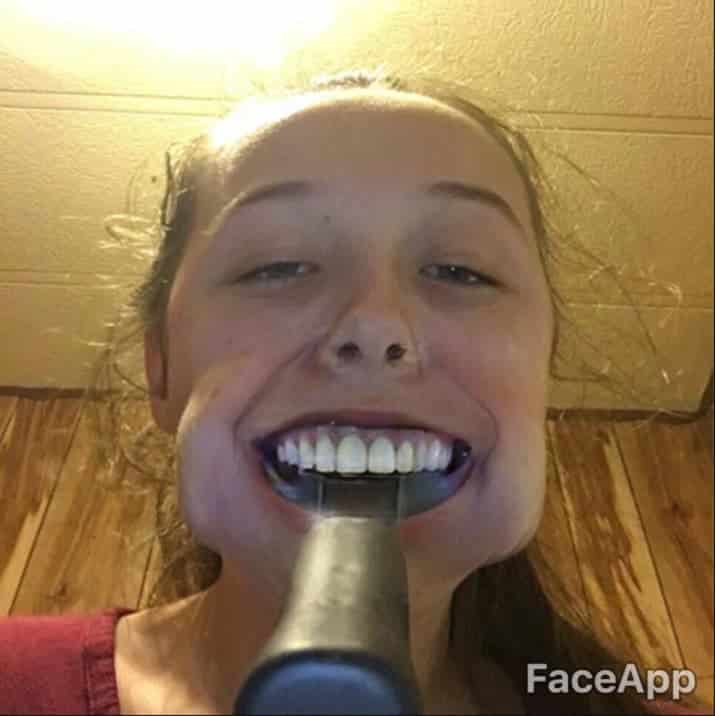