Who doesn’t like Nutella? It is everyone’s favorite spread. It is simply irresistible and is everyone’s guilty pleasure. You can eat it as a sandwich filling, as a dip, getting a spoonful of it, or simply by use of one’s fingers.

However, after enjoying a fill of finger-Nutella, nobody enjoys the sticky feeling that comes with it. Imagine this: dipping your fingers into a container filled with chocolate and having to lick them. Touching other things will be a burden because you will need to wash your hands. What a hassle!

In 2004, Italian designer Paolo Ulian came up with this clever biscuit design. This design comprises of a small biscuit, small enough to fit to an end of a digit. It is designed to be work at the tip of one’s finger. Wear the biscuit, and voila, hurrah! You can enter the Nutella realm. You then dip your finger into the Nutella jar and enjoy the glorious hazelnut chocolate spread without having messy hands. Say goodbye to the days when eating Nutella means sacrificing one’s clean hands. 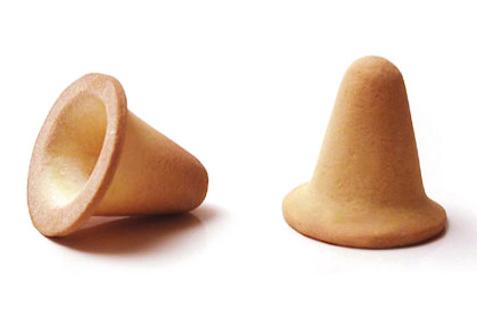 These are the most ingenious biscuit design that has been ever produced. This biscuit design can also be eaten with other dips such as jams and other popular spreads such as cookie butter. Everybody can be creative and pair it with their own favorite spreads! 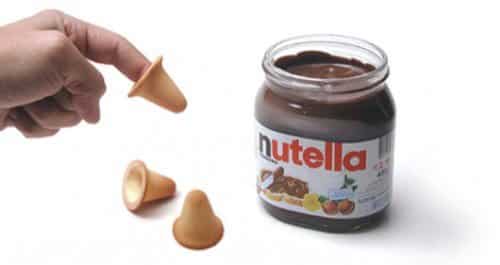 Paolo Ulian’s design was first presented to the world at the Pappilan exhibition in Bolzano/Milan in 2004. It was acquired by the chocolate giant Ferrero in 2006. Very sad news for us Nutella fans, however: these delightfully clever and creatively designed biscuits have yet to be produced by Ferrero and its factories. There are no news yet of when they will start production or when these biscuits be available in the market.