A man in South America is seen fishing for piranhas — and doing it as chill as he can be. Piranhas have always had a bad reputation as they’ve been portrayed as vicious fish that mutilate bodies in various films. But this guy isn’t scared one bit as he is seen casually fishing them out of the river, leaving the Internet concerned.

The man is seen standing on wood planks and holding his bait for the piranhas. As the fish take a bite, their razor-sharp teeth get caught in it and the man then pulls them towards the box beside him. There’s a bit of a concern and debate on the man’s method of fishing. 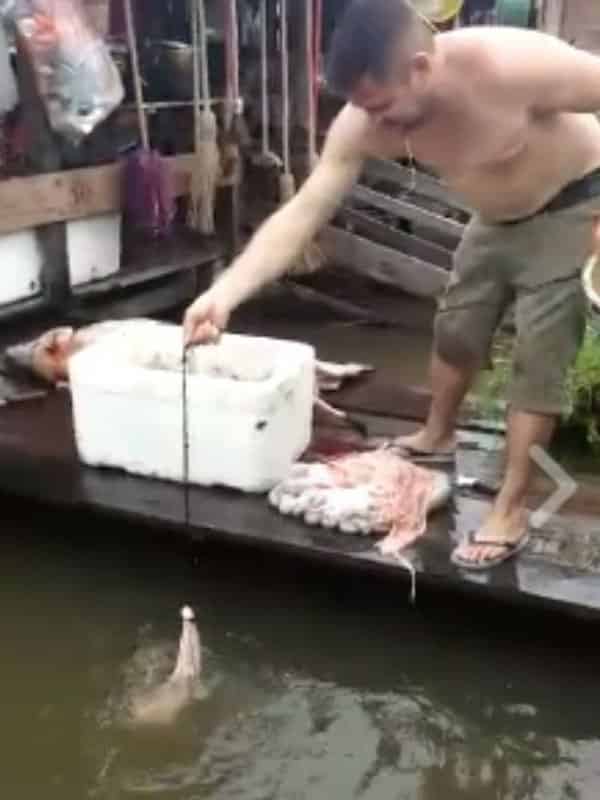 People in the comments section are worried about how unstable the wood boards are and that the man could fall off into the river and become an instant piranha prey. There were also concerns on how a child could easily fall off from that fishing area.

There’s also the debate on whether the carcass seen behind the man belonged to that of a dog or a pig. Some people were enraged upon seeing that there’s a dead animal in the background, believing it belonged to a dog. As seen in the video, the man has tied up innards of a dead animal and used it as the piranha lure. The man had purposely killed the animal and removed its innards to be fed to the piranhas.

But as the video zooms in, it can be seen that the carcass did not belong to a dog.

And this is how successful his fishing method is. 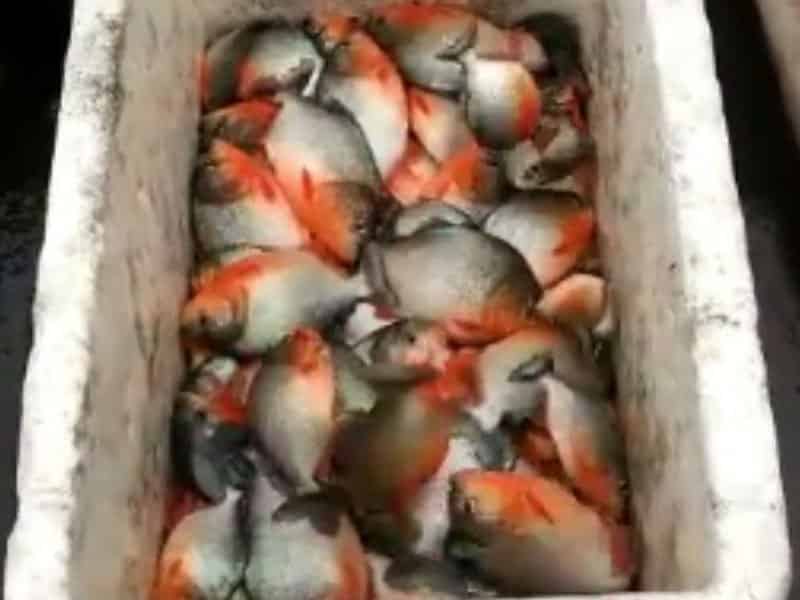 Check out the video below and be the judge of the man’s piranha fishing methods — and the carcass.

The piranhas’ way of catching prey is not as gruesome as it is portrayed in movies. In some films, the fish appeared to be murderous creatures who could rip humans into pieces. However, according to Smithsonian Mag, the idea of piranhas shredding human flesh is more of a myth. Piranhas usually deal with a much larger prey when they are dying or already dead.