A dog walker has just turned into one guy’s unexpected hero. The man had just been laid off from his job and needed to cancel his dog’s appointments with the walker. However, he was blown away by an unexpected act of kindness that has inspired hundreds of people.

Zach Ehren and his wife Mallika Mathai always believed they were lucky when they found a dog walker for their dog Calli. The pit bull mix certainly enjoyed her regular sessions with Jon Miller, who owns Miller’s Menagerie in San Francisco. Unfortunately, Ehren had a stroke of bad luck when he lost his job. Since he was unsure abut getting a new job right away, he immediately called to cancel Calli’s appointments.

Ehren shared the awesome message from Miller where the dog walker offered to walk Calli for free until Ehren found a job. 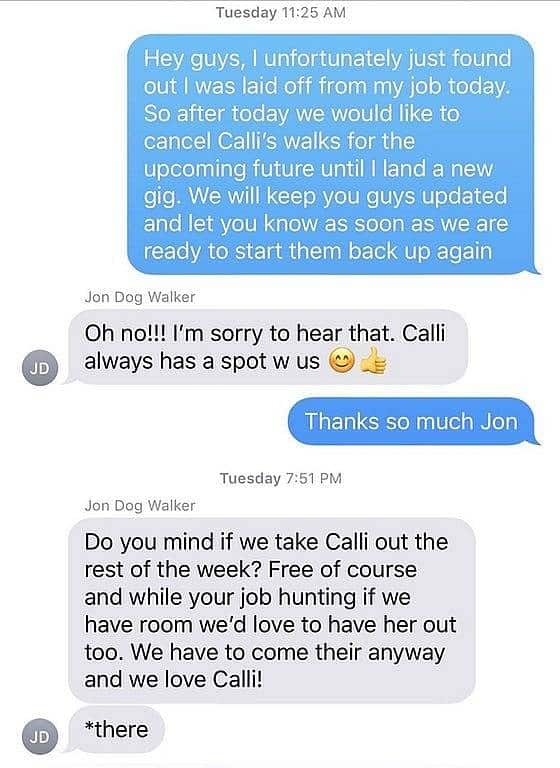 Calli has grown close to Miller and will be delighted to know they can still go on their regular walks. 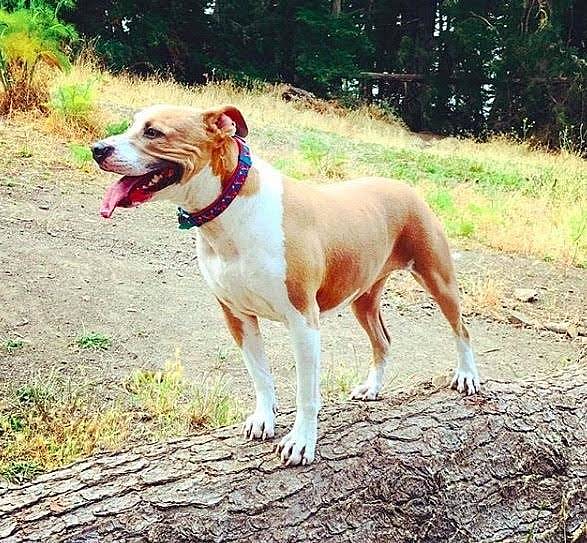 Miller clearly enjoys Calli’s company and is willing to walk the pooch for free until her owner is back on his feet. 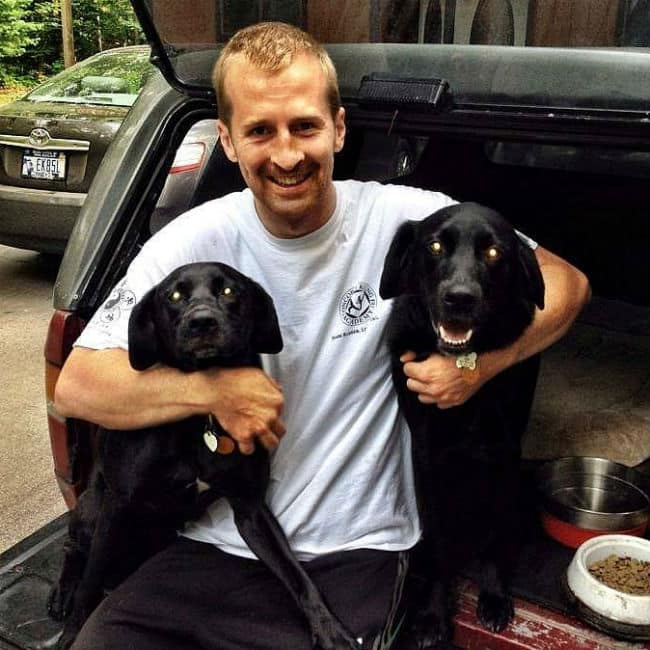 There is little doubt that Ehren and Mathai appreciated the gesture. However, it is Calli who is truly with Miller’s offer since she will still get to see her favorite dog walker.

“Calli definitely gets more excited to see Jon than she does to see Mallika and I,” Ehren said.

Ehren and Mathai adopted Calli four years ago and have taken good care of the former rescue dog. 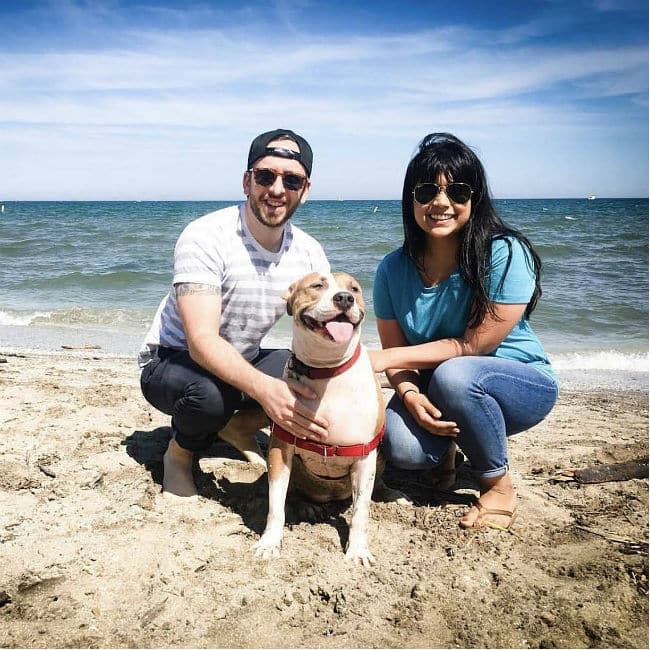 Ehren’s Reddit post certainly inspired people to support Miller and his business. The dog walker revealed that people have been sending donations to Miller’s Menagerie through Venmo. However, Miller confessed that he has sent the money to Family Dog Rescue.

After all, Ehren and Mathai had adopted Calli through the shelter. Miller believes the donations will help other dogs find a loving home as well.

Miller is making sure dogs like Calli will get the best life possible. 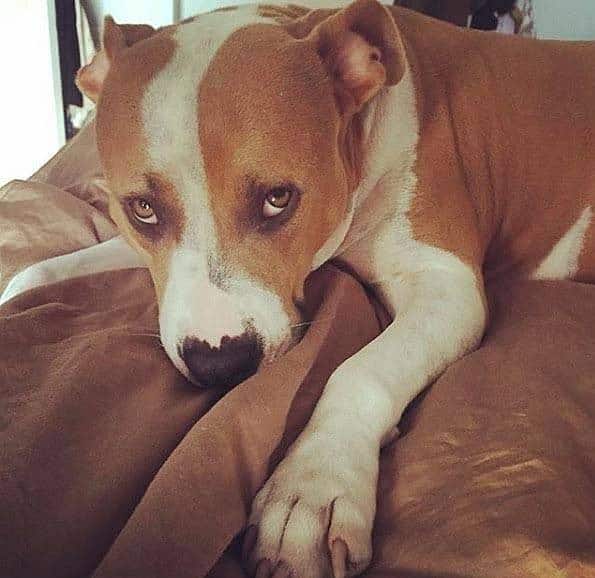 Miller is certainly going beyond helping Ehren and his family. In addition to passing on the donations he has received, he will also matching up the money sent to the shelter. Interestingly, Miller stays humble amidst all the praise.

“This has all been a great experience, it’s been really cool,” he said.