It’s always comforting to know that someone has your back, even if that ‘someone’ actually happens to be a stranger. Case in point, one college student took the time to message someone she only knows via Twitter to warn her about her unfaithful boyfriend.

Case in point, Jasmine Rios, a freshman at the University of Texas at San Antonio, recently received a direct message from fellow student Rebekah Pendley. Although they follow each other on social media, the two have never met – and yet Rebekah took the time to tell Jasmine when she saw her boyfriend flirting with someone else.

Talk about a strict adherence to the girl code! Jasmine Rios (left) and Rebekah Pendley (right) both go to the same school. 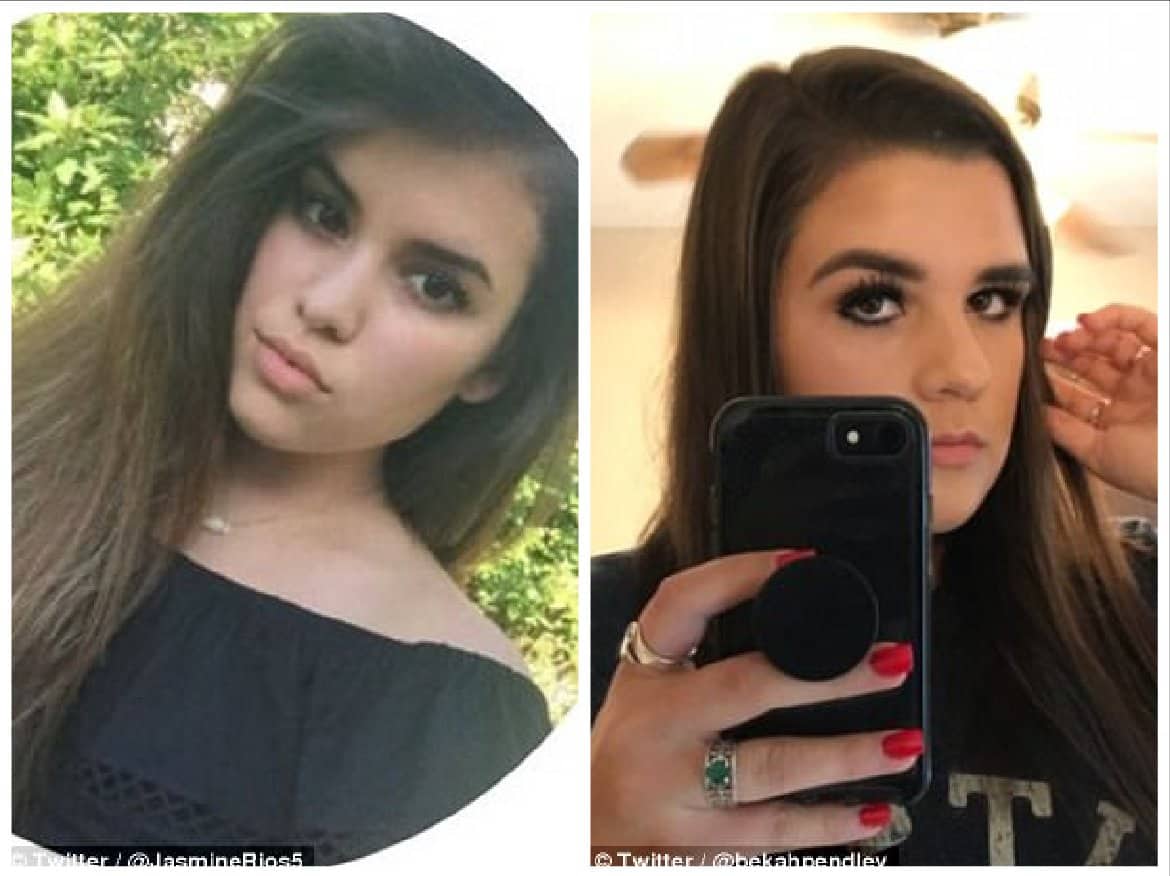 “Hey girl, I know we don’t know each other, just been mutuals on Twitter for a little bit. I go to UTSA too. But I recognize [a guy] who I think is your boyfriend in the library from y’all’s pictures on here, and he’s with a girl and he’s being kind of touchy with her.

“I really didn’t know if I should message you/how to tell you, but I have been full-on cheated on before and, girl to girl, I’d want to know.”

Rebekah also included a picture she took in secret, to show proof of the guy’s ‘cheating’. 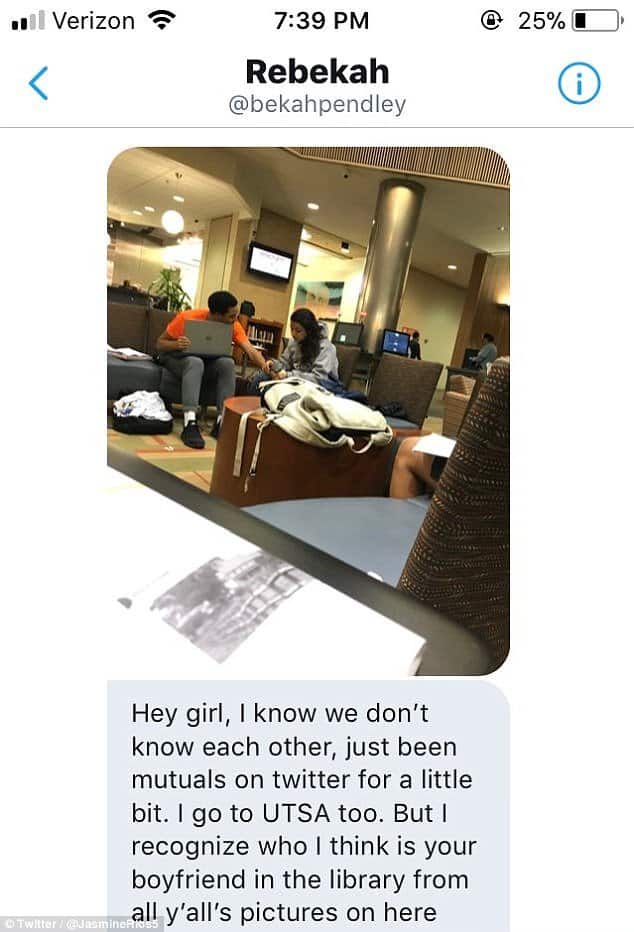 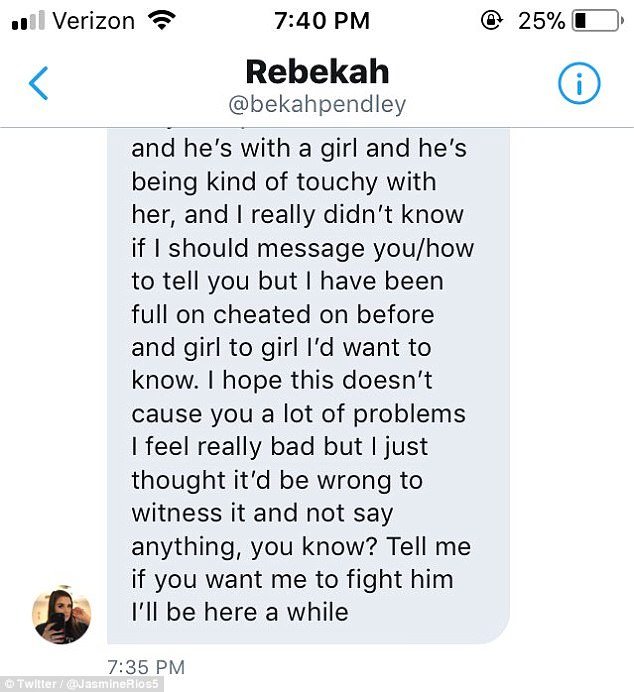 “I hope this doesn’t cause you a lot of problems. I feel really bad but I just thought it’d be wrong to witness it and not say anything, you know? Tell me if you want me to fight him, I’ll be here for a while.”

There is, however, a big plot twist! 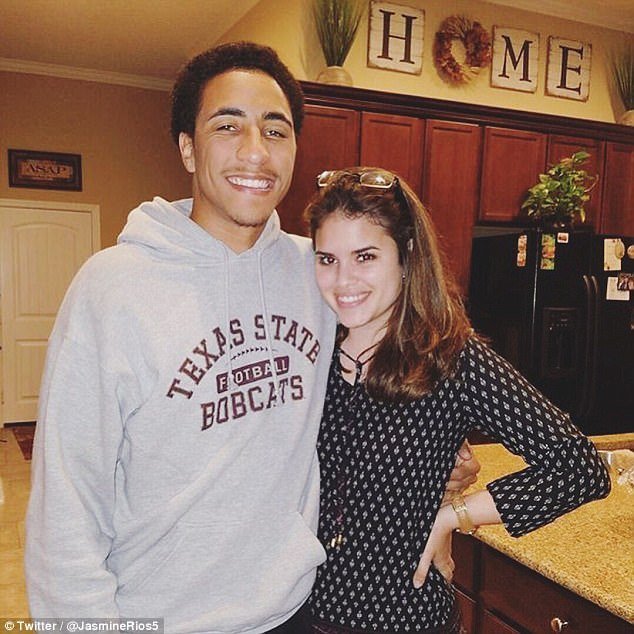 Although Jasmine was grateful for Rebekah’s concern, she assured it wasn’t really her boyfriend – it was his twin brother! 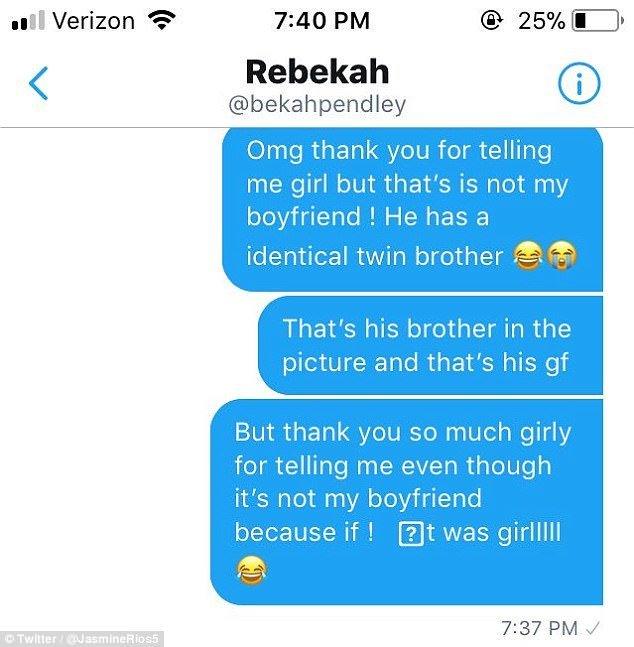 “Omg thank you for telling me girl, but that’s not my boyfriend! He has [an] identical twin brother. That’s his brother in the picture and that’s his gf.

“But thank you so much girly for telling me even though it’s not my boyfriend because if it was, girlllll.”

Aside from the numerous retweets and comments, various websites even covered the story.

Everyone has since been praising Rebekah for what she did.

Well we definitely hope these two ladies form a closer bond as a result of this. Rebekah looks like a loyal friend!