This is not a case of dumb criminals. Instead, it’s a case of criminals armed to the teeth facing a woman who’s equally armed!

In the early hours of September 16, three armed men were caught breaking and entering into a house. The CCTV footage shows three men bursting through the front door in Spring Drive sometime before 4am with their faces uncovered.

These criminals may have been armed, but that obviously wasn't enough!

The three robbers first look around and start turning on all the lights in the home and surveying the property. They seem to be ready for anyone looking to stop them, but at the same time are confused about what to do exactly.

In a glorious turn of events, a woman appears out of nowhere are fires a shot at the robbers, stunning them. The men fire back but ultimately leave the house. What ensues is a the woman chasing the men out of her home as she calls the police.

This fearless woman fired at the robbers until they fled from the property. 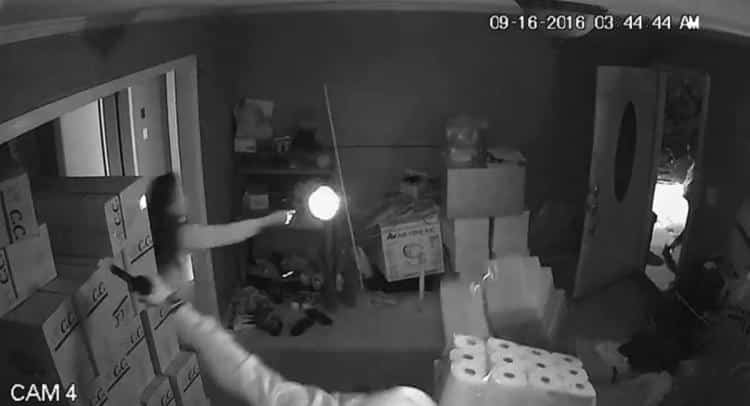 Police have confirmed that one of the robbers was 28-year-old Antonio Leeks, who died in the driveway of the property from gunshot wounds.

Apparently, the gun-wielding woman wasn’t even the owner of the property. She was a guest who stayed in the address. In he police statement, she says she armed herself after hearing someone entering the property.

“She discovered at least three males coming through the front door,” police said. “At that point, she began firing rounds from her handgun and struck at least one suspect in the torso killing him. At least one of the other two suspects began exchanging gunfire.”

The two remaining suspects are still at large, and police are hoping to identify them as they weren’t wearing masks. They have also offered a cash reward for their capture.