Malaysian budget airline Air Asia is under fire after a Facebook rant from a disgruntled passenger went viral. Facebook user Claudette Cirujales Cledera recently posted a lengthy post retelling her bad experience with the airline’s staff at Puerto Princesa airport in the Philippines.

Cledera was complaining about the airline’s baggage handling and a possible issue with their weighing scales. According to the passenger, she was about to pass through the boarding gates with some of her family members when the security guard grabbed her bag, weighed it without permission, and said it was over the weight limit.

Cledera was surprised to see her bag weigh over seven kilos, which is the limit for hand-carried bags for AirAsia. 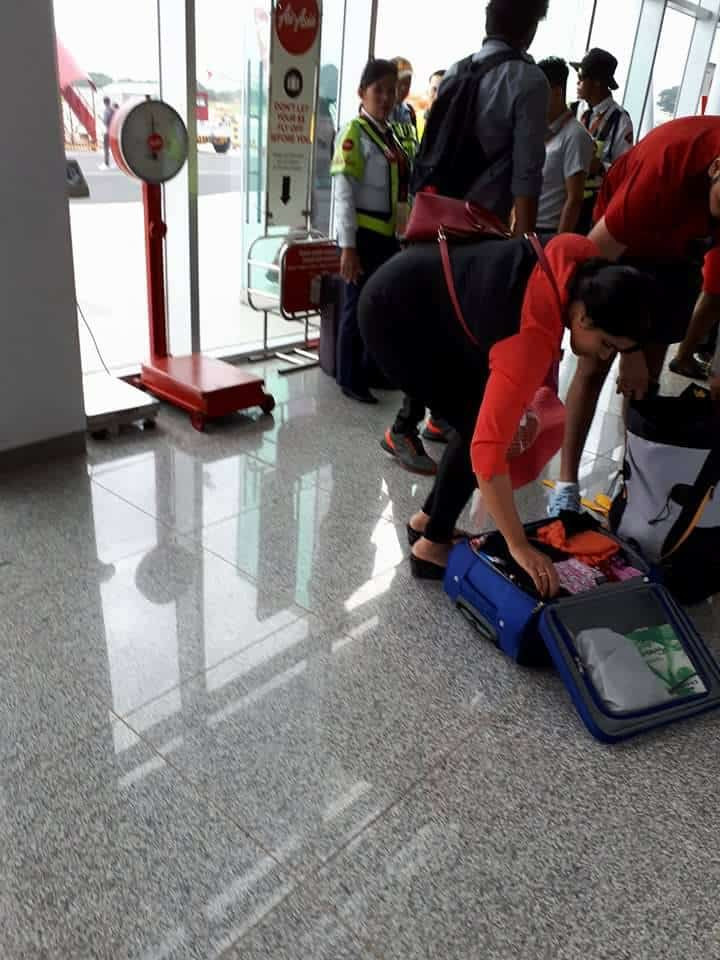 According to Cledera, she was certain her suitcase did not weigh over 7 kilos as she had made sure to weigh it before leaving for the airport. She also weighed her luggage when she checked with her parents later on, and it only weighed about 4 kilos then. Cledera said in her post:

“I was shocked to see it went over 7 kg because I weighed it before leaving for Puerto Princesa and it was less than 7 kg. I absolutely did not add ANY new things to my suitcase and actually even left a few more things with my Mom before leaving the hotel. So it was clearly impossible for my suitcase to weigh more than 7 kg.

Cledera also complained about how the airline staff only asked to weigh bags during boarding time. 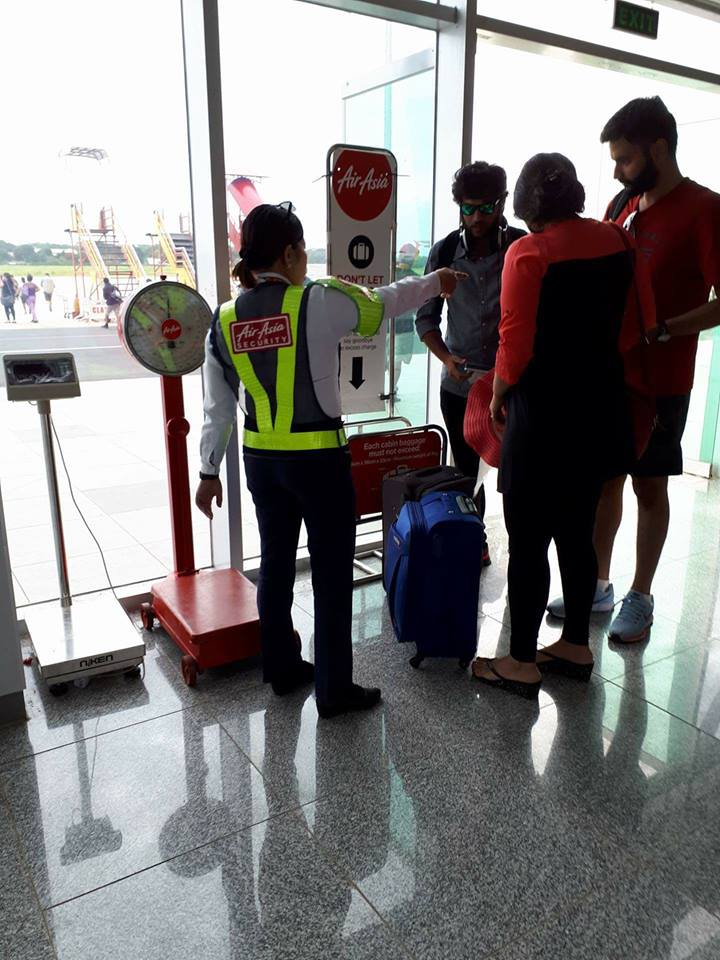 She also complained about how the bags to be weighed were being selected and how the weight of carry-on bags and personal handbags were being combined. To the unhappy passenger, it was a ‘scheme.’ She said:

“The supervisors and other employees of Air Asia kept explaining this ‘rule’ to other passengers who were victimized by this scheme. I don’t understand how they would weigh our things RIGHT BEFORE BOARDING THE PLANE WHEN THEY COULD HAVE DONE THAT DURING CHECKING IN. WHY WOULD THEY DO THAT? IS IT BECAUSE THEY CHARGE MORE AT THE BOARDING GATE THAN AT THE CHECK-IN COUNTER? (They charge 800/kg at the check-in counter and 1500/kg at the boarding gate). I would have understood this pre-boarding weighing if ALL PASSENGERS went through the process. Why do this when a passenger is only given the choice to either pay a large amount or leave their things behind???? You’ve basically put passengers at a compromising situation. I would not have complained about their ‘rule’ if this was done at the check-in counter and NOT at the boarding gate.”

Cledera urged the AirAsia management to investigate the matter and for travelers to always be wary about such ‘schemes.’ 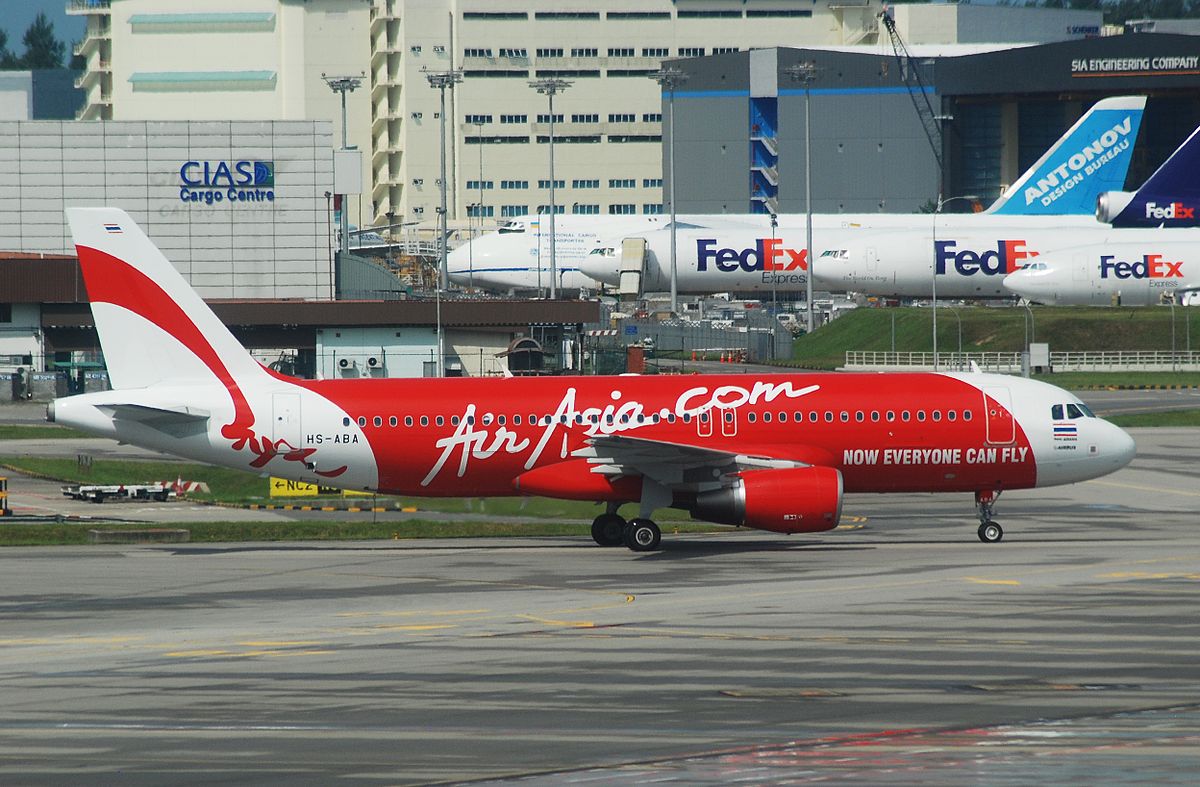 Cledera’s post has received thousands of comments, some of which are from travelers who have experienced the same problem with AirAsia. The post has been shared almost 10,000 times as of this posting.

What do you think of this incident? Have you experienced anything similar? Tell us about it in the comments section.

I will probably never ride with AIR ASIA again after what happened.I don't usually do this pero I can't go on na mas…