Marvel certainly knows how to choose attractive actors. After all, some of the success of Marvel Cinematic Universe films are owed in part to its good-looking cast. But what would stars like Chris Hemsworth, Robert Downey Jr., Chris Evans, and Ryan Reynolds look like if they were women? Someone decided to find out and came up with astonishing results.

The stars of Avengers: Infinity War, Deadpool 2, and Ant-Man and The Wasp are certainly a gorgeous bunch. Someone decided to generate the female versions of the Marvel actors through FaceApp. Interestingly, Ryan Reynolds has a striking resemblance to his real-life wife Blake Lively. The project even hinted at the unexepected connection between Loki and Scarlet Witch. 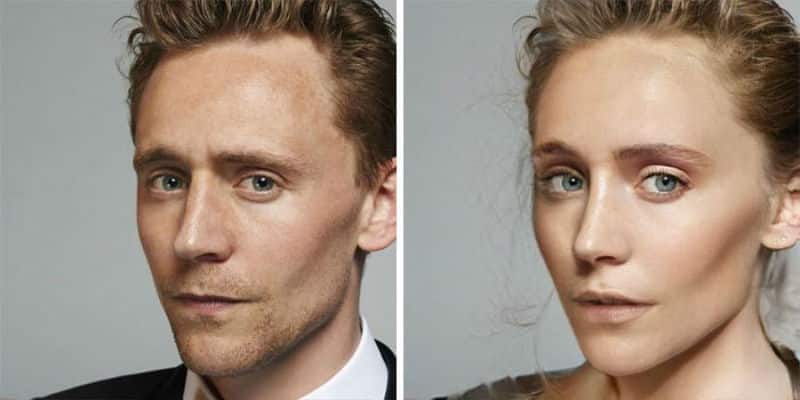 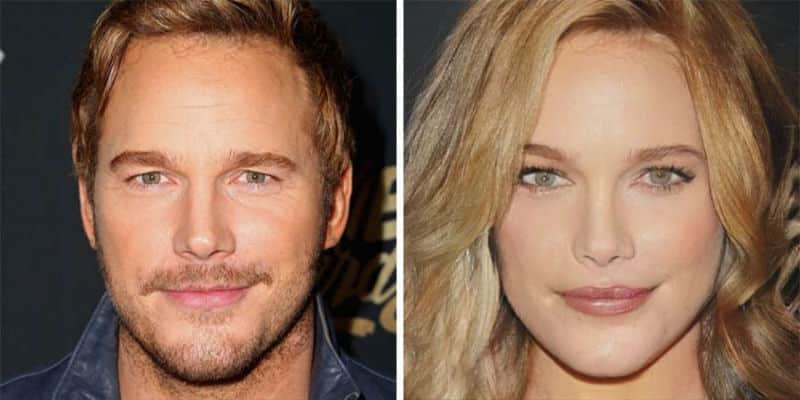 It looks like the Hulk (Mark Ruffalo) would have been a cross between Natalie Portman and Mila Kunis. 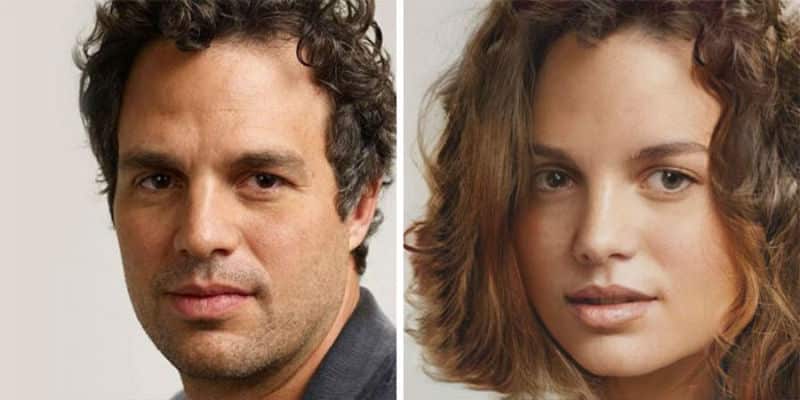 Blake Lively could have played Lady Deadpool in an alternate Marvel universe. 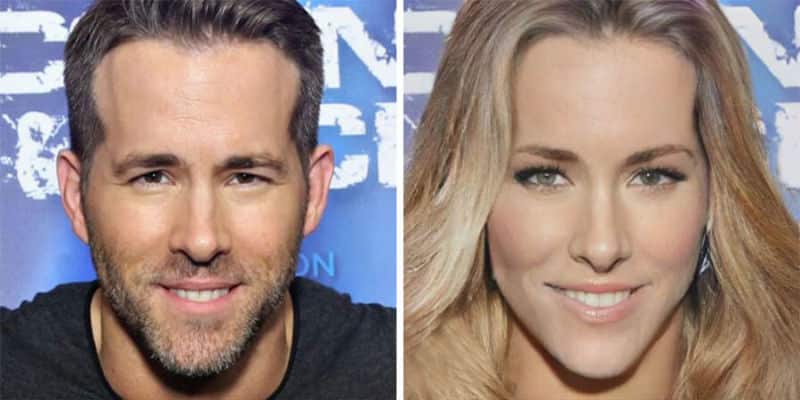 Deadpool 2 is a 20th Century Fox film but the sequel features Marvel character Wade Wilson. Ryan Reynolds has played the Merc With A Mouth with gusto. Interestingly, he appears to be the one actor who has married his female counterpart.

Whether he is a man or a woman, Chris Hemsworth would always make an excellent Thor. 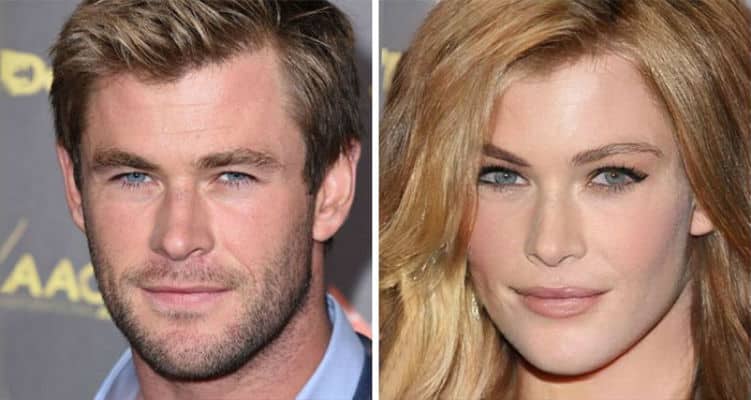 Captain America (Chris Evans) could have been a beauty pageant contestant for Miss America. 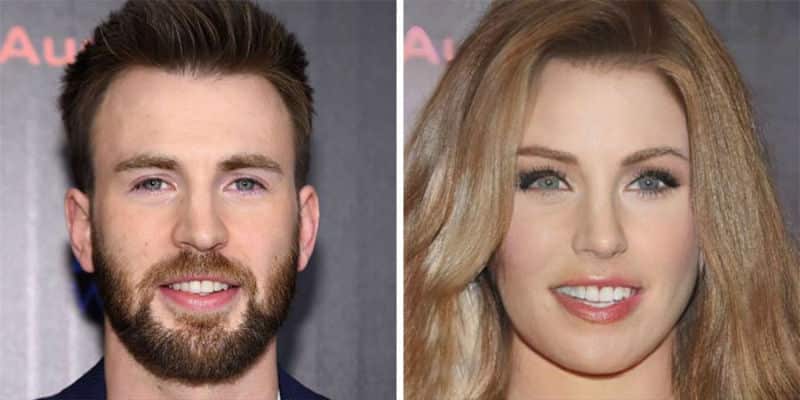 You don’t need to be Sherlock Holmes to see that Robert Downey Jr. looks great as a woman. 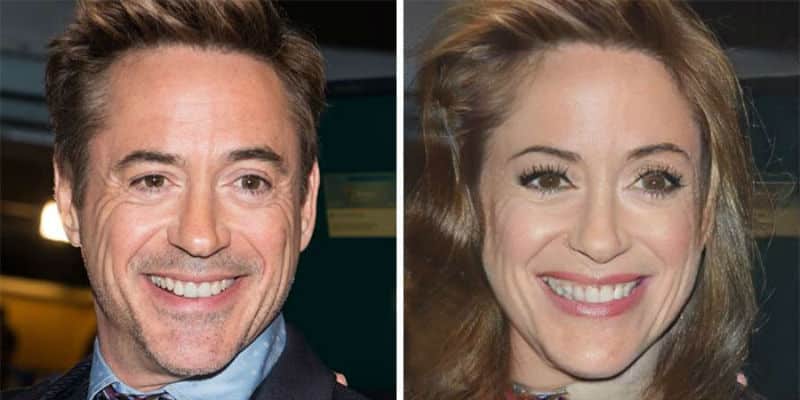 Vision could have chosen to transform into an attractive young woman to avoid trouble in ‘Infinity War’. 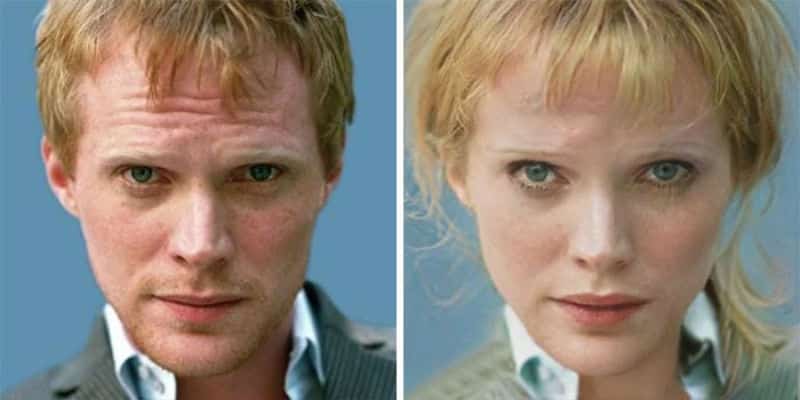 Paul Bettany appeared without his Vision costume in Avengers: Infinity War. The Solo: A Star Wars Story actor stands out for his remarkable resemblance to a young Mia Farrow.

The female version of Vin Diesel doesn’t look like the type who would be obsessed with Dungeons & Dragons. 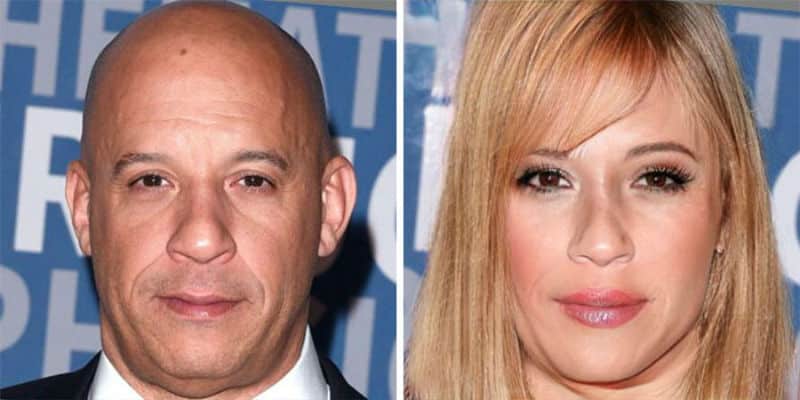 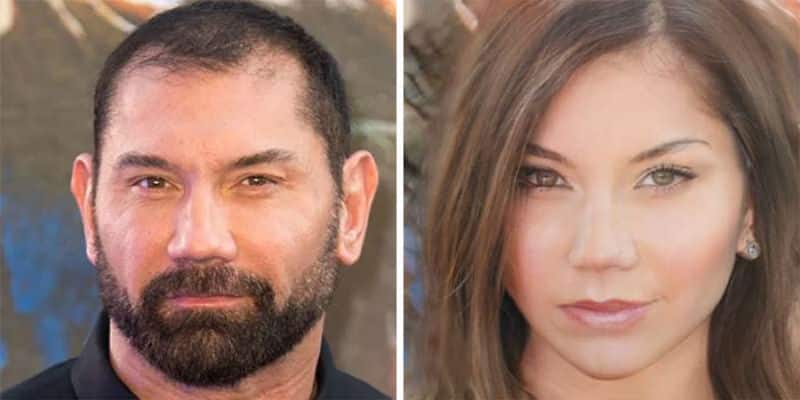 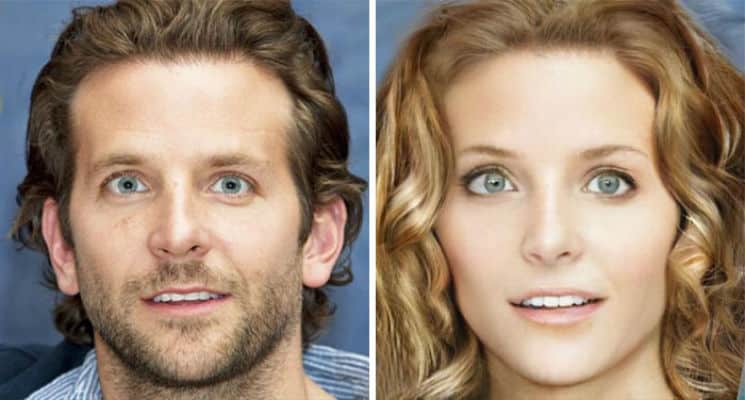 Bradley Cooper and Vin Diesel only shared their voice in Guardians of the Galaxy. Rocket Raccoon was the only original member of the team who survived in Avengers: Infinity War.

Michael B. Jordan’s Erik Killmonger could pass for a Wakandan princess in ‘Black Panther.” 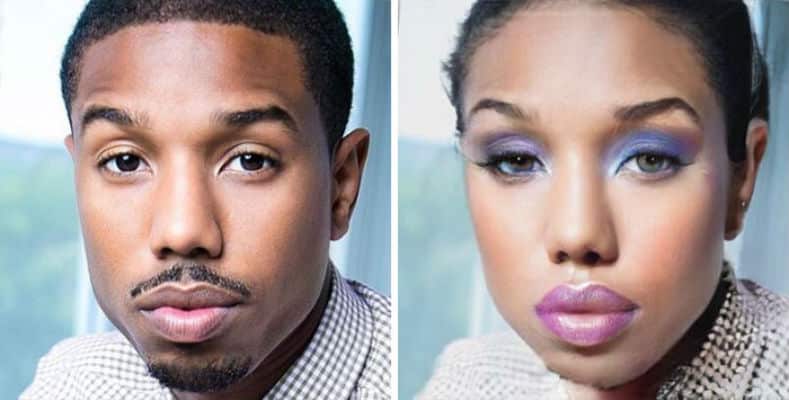 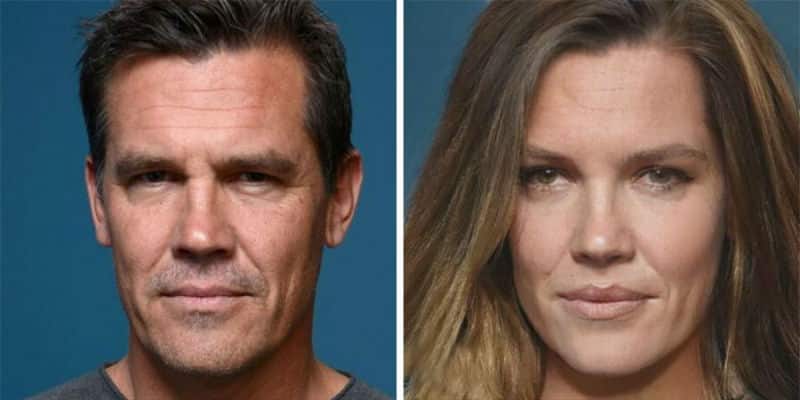 Hugh Jackman has already retired from playing the mutant Wolverine from the X-Men film series. Interestingly, Wolverine’s young daughter Laura in Logan might grow up to look just like the Marvel star.

‘Lord of the Rings’ star Sir Ian McKellen would have been a fairly attractive female Magneto. 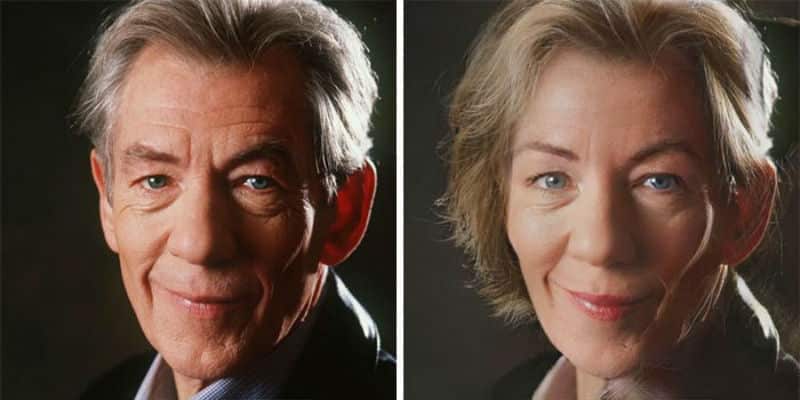 It’s hard to deny that Bucky Barnes (Sebastian Stan) would have been a beautiful young woman. 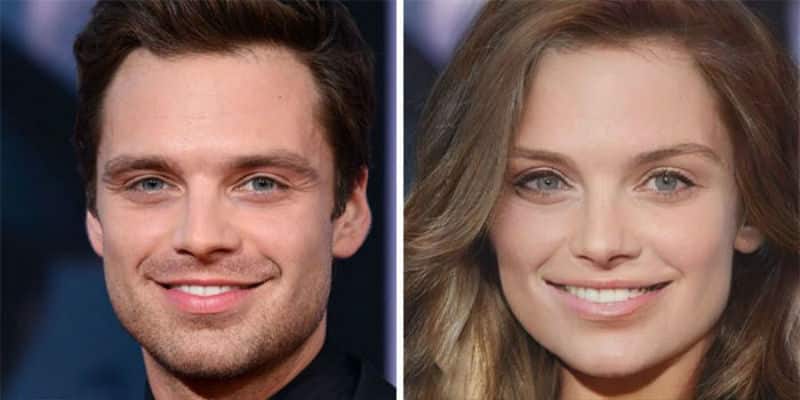 ‘Mute’ star Paul Rudd is just as attractive if he was born an “Ant-Woman.” 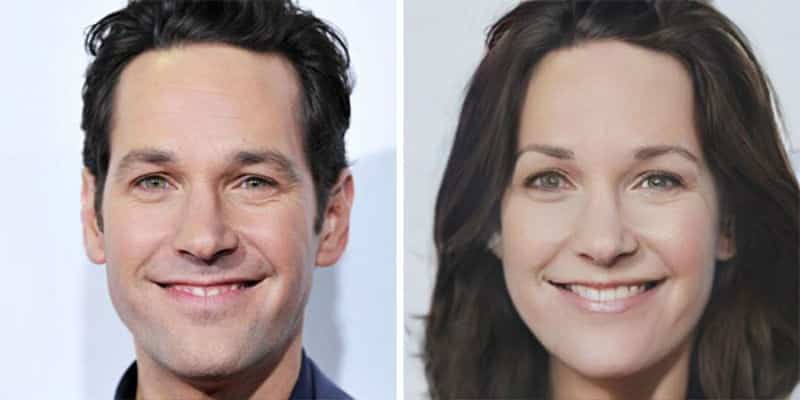 Paul Rudd and Jeremy Renner did not appear in Avengers: Infinity War. However, Rudd’s Scott Lang is set to return in Ant-Man and The Wasp, the next major Marvel sequel later this year.

Hawkeye could have been played by ‘Game of Thrones’ actress Natalie Dormer. 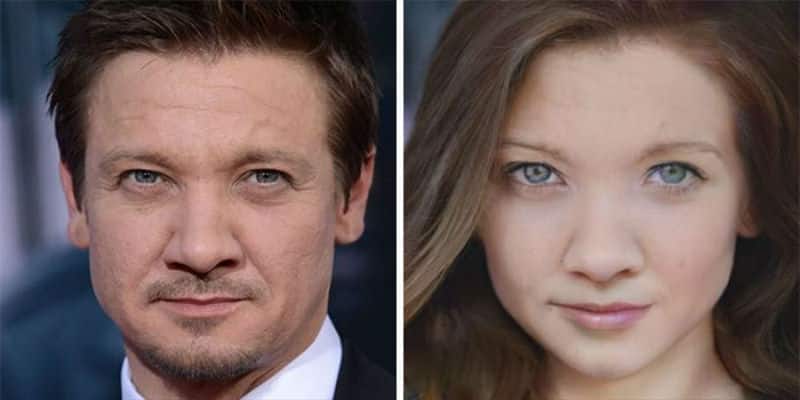 Spider-Man actor Tom Holland would have looked like comedian Ellie Kemper if he was born a girl. 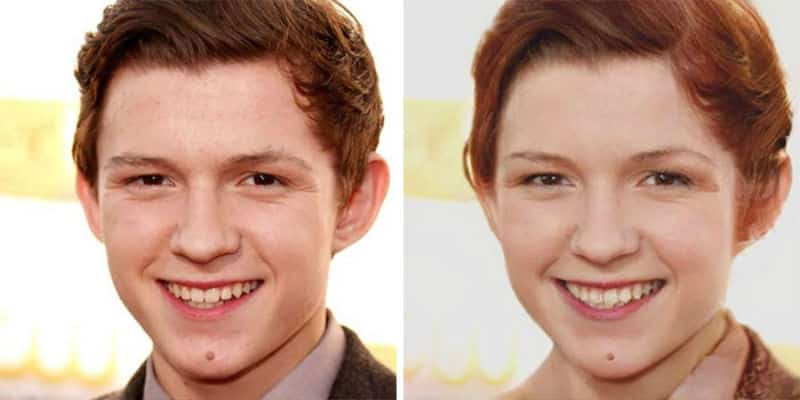 Tom Holland’s Peter Parker suffered a heartbreaking death in Avengers: Infinity War. Nevertheless, fans are hoping that the web-slinger will be back in more Spider-Man movies.