Each homeowner has their own dream home designed in their minds even before it is drawn on paper and then constructed. A lot of considerations are taken into account before finally starting on the design and building of the house.

Apart from the number of rooms, color scheme and the personality of the owner, there’s the overall aesthetic, too, the way the owner wants it to be. Never mind if to others it may seem a bit off. 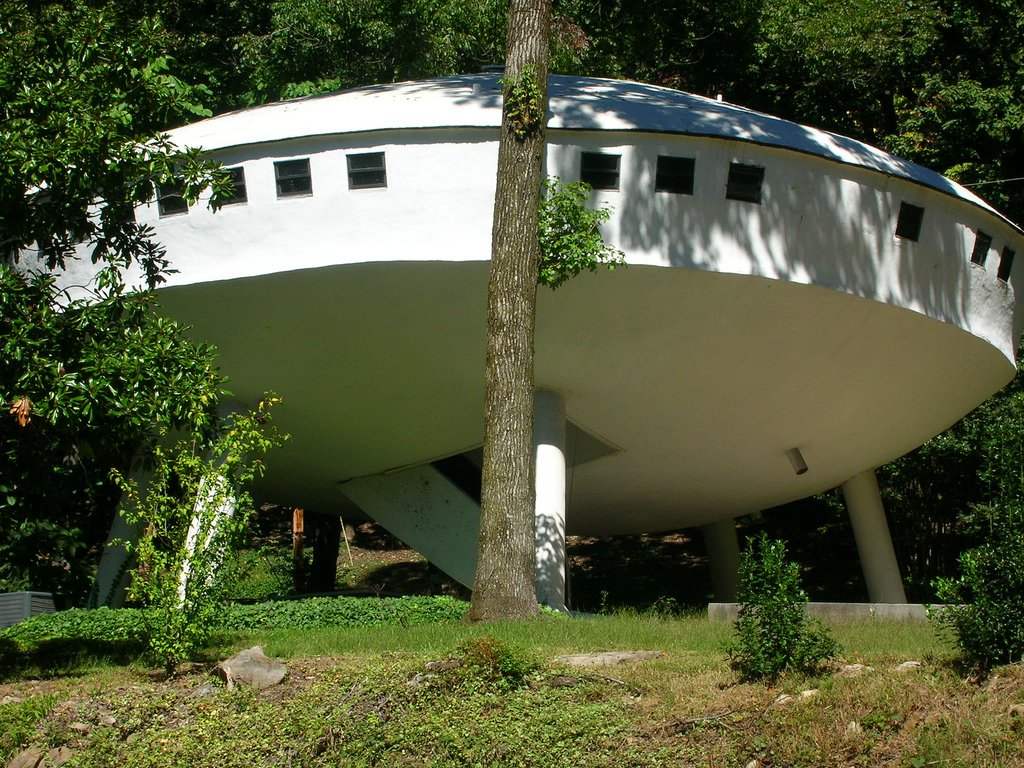 On top of Signal Mountain is a huge spaceship that, to the onlooker, might get the feeling an alien takeover is about to ensue. The spaceship house has two pillars and a retractable door, pretty much like what you see in movies. This one doesn’t fly, though. 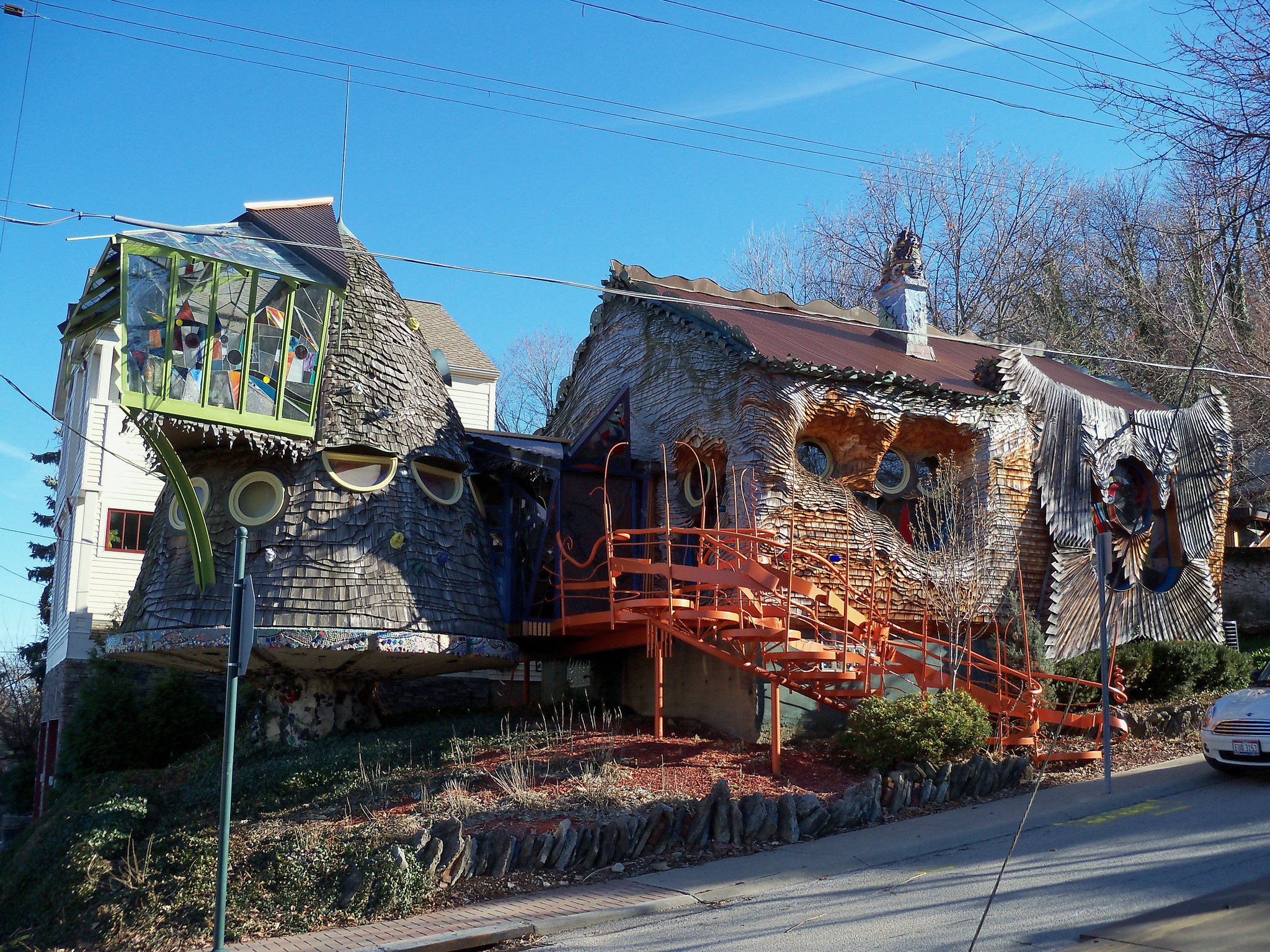 Terry Brown was both an architect and professor at the University of Cincinnati College of Design, Architecture, Art and Planning. He had the help of his 35 students reconstruct his home, which took 14 years to finish. The house looks like a giant mushroom from the outside and it only has one bedroom. Sadly, Professor Terry Brown passed on in 2008, but the Mushroom House still stands for others to marvel at. 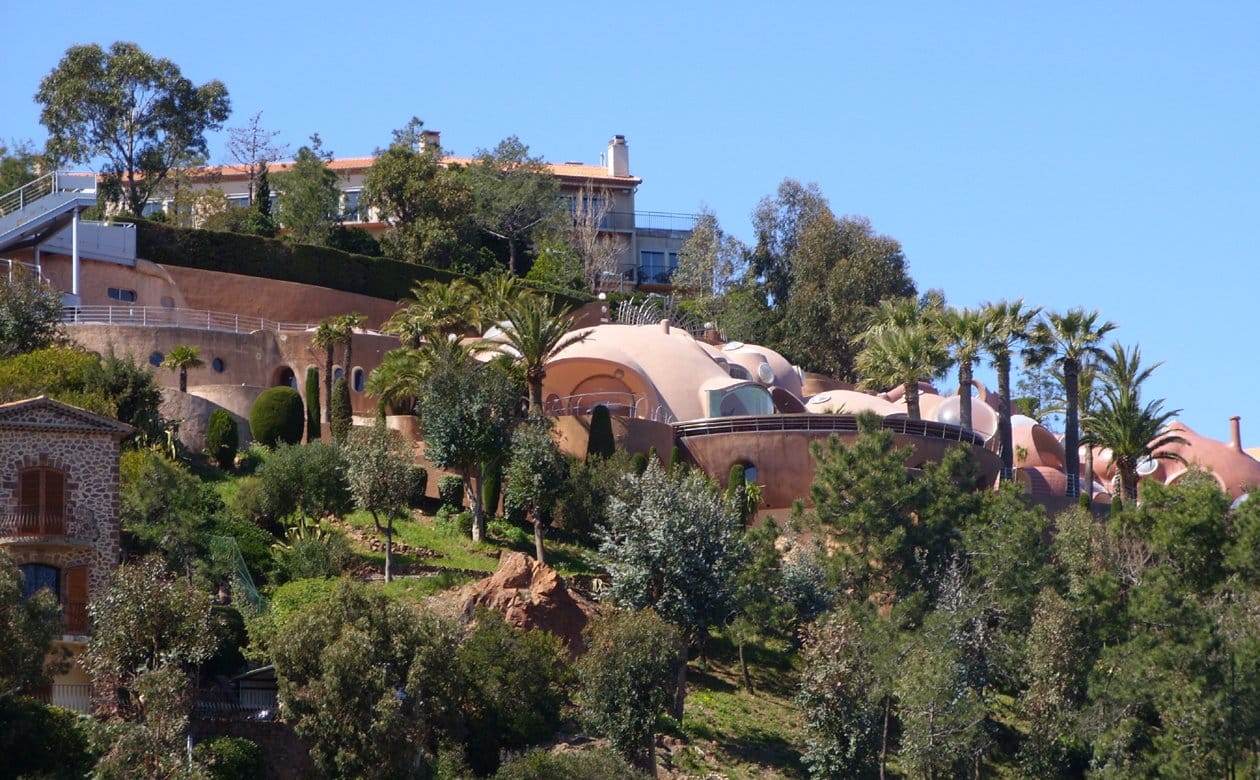 The bubble house in France was built for French designer Pierre Cardin back in the 1970s when the disco-era was very much around. The 1200 meter house has 28 rooms shaped like bubbles, oddly shaped slides, and 10 contemporary bedrooms. It overlooks the Mediterranean Sea and sits on 2.1 acres of land. 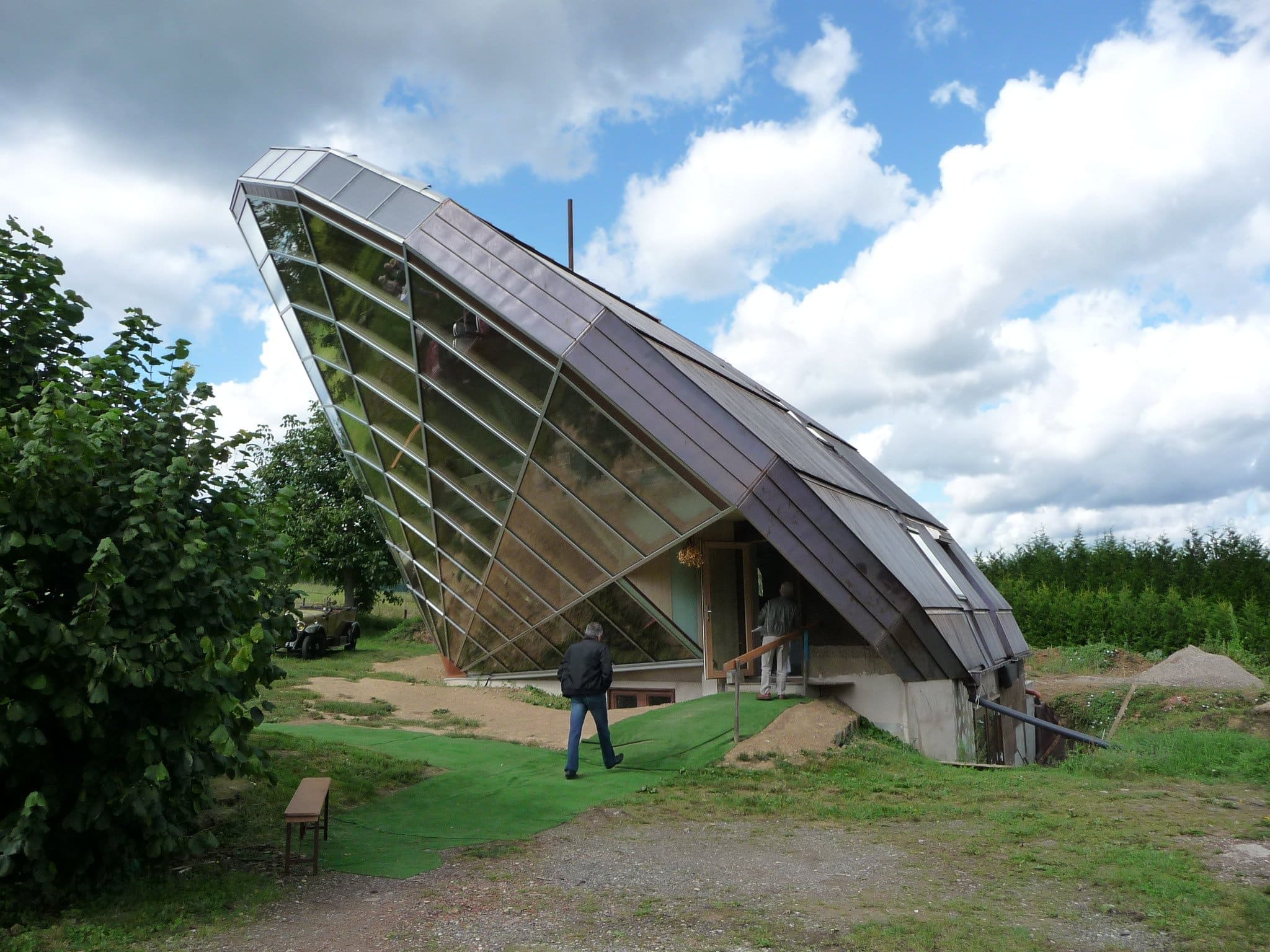 Also known as the Sundial House, this weird looking house is located in the region of Alsace. Not only does it look like a sundial, but it also functions like one, too. The Heliodome is line with a wall made entirely of windows so that it interacts with the sunlight. Quite a strange shaped home, yet with a purpose. 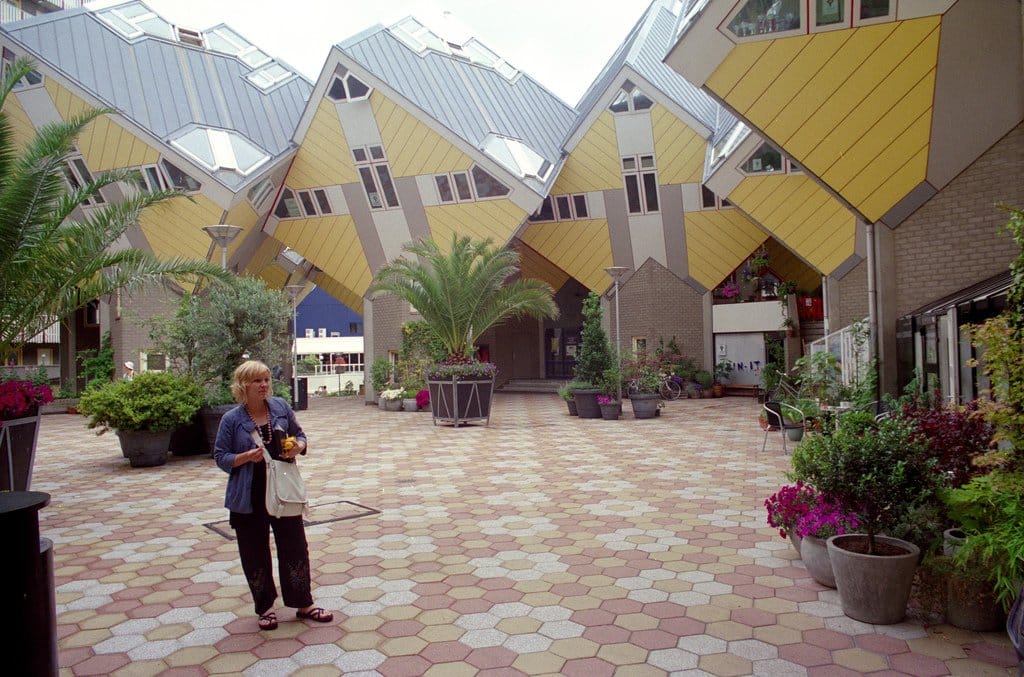 Somewhere in Rotterdam is a line of cubic styled homes as if it was the norm to have an enormous looking dice on top of the houses. Architect Piet Blom designed the weirdly shaped houses back in the 70s when oddly shaped homes were the in thing. He constructed the homes to work congruently with the pedestrian bridge that was also in the area. 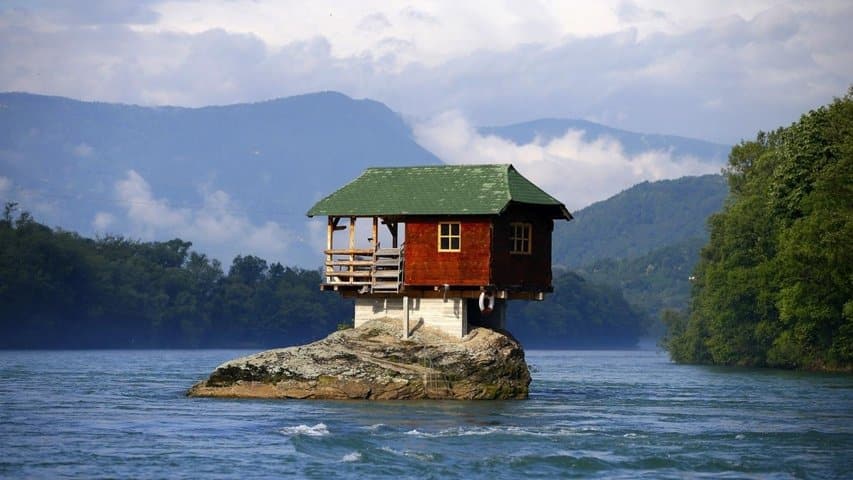 The house literally sits on top of a rock in the middle of a river that runs through Bajina Basta located in Serbia. Urban legend says that a group of swimmers built the house one wood plank at a time so they would have a place to rest while swimming. 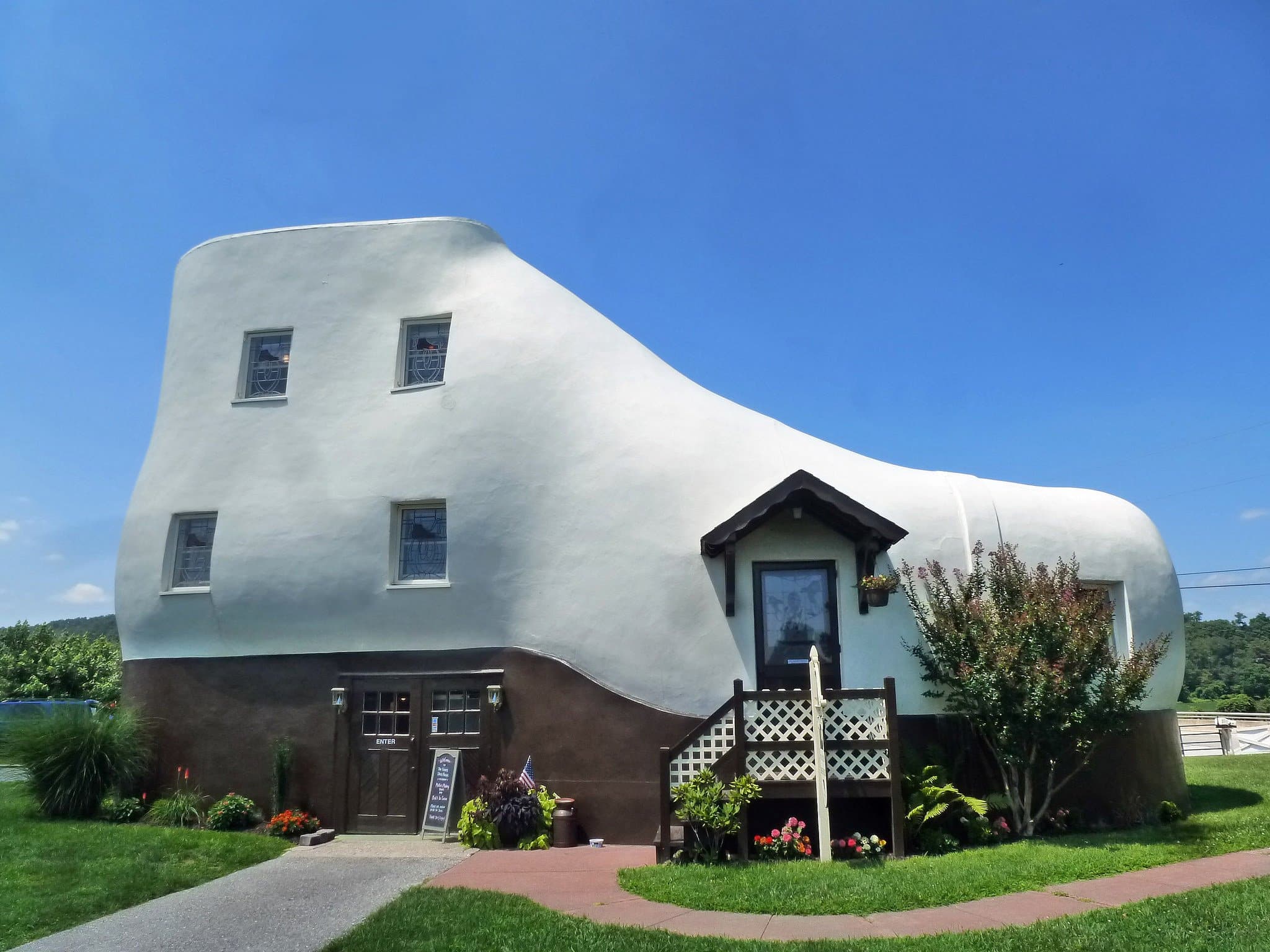 Shoe wizard Colonel Mahlon built the shoe house to advertise his forty two shoe stores located in different states across the US. The house is 25-foot tall and was made to have people stay at different rooms at one time. It was some sort of hotel that made the people who lived in and saw it happy. 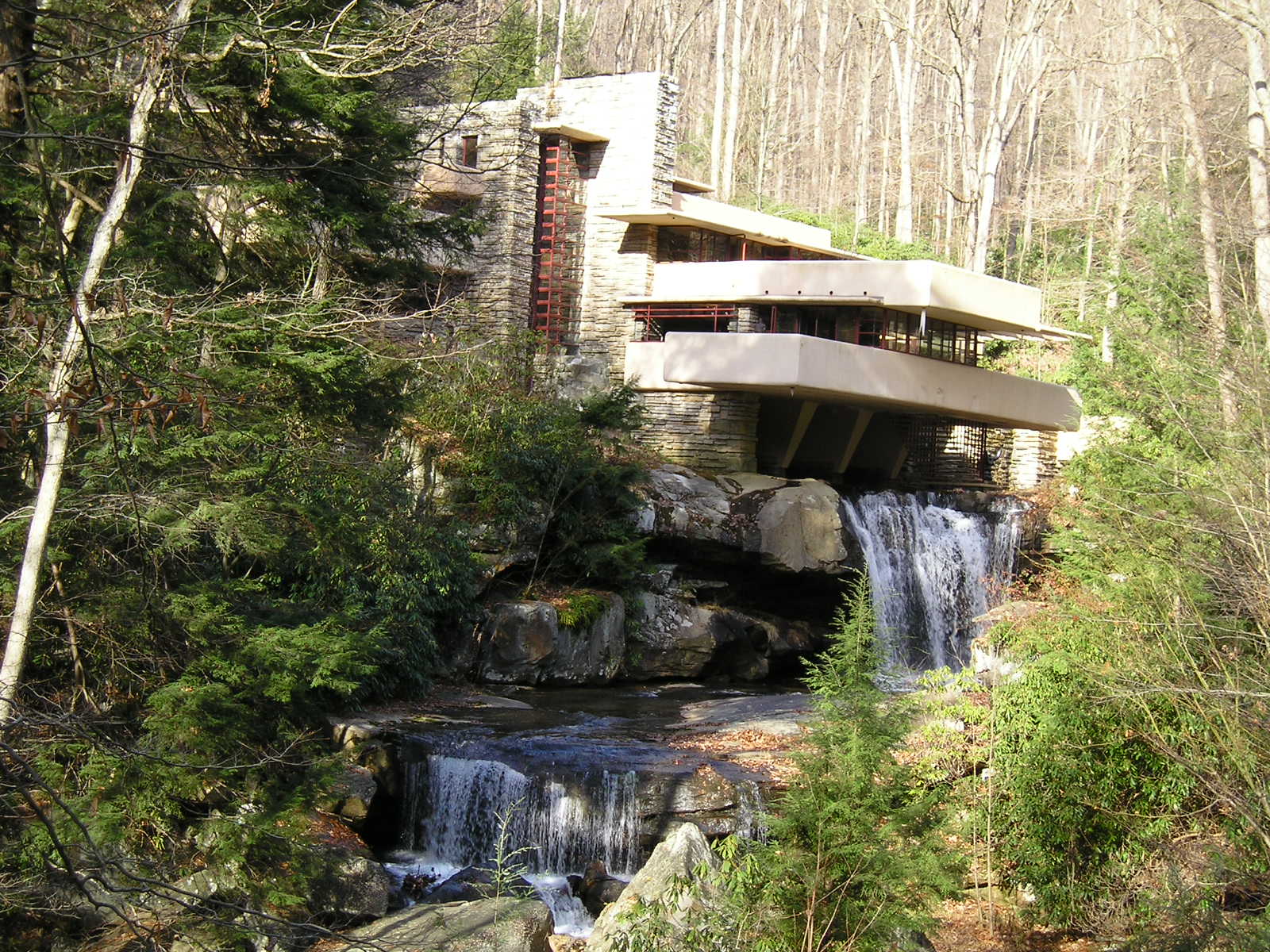 Famous architect Frank Lloyd Wright designed and built this famous landmark in Pennsylvania for the Kaufmann family. What makes this house breakthtaking and amazing is the fact that it is built and sits literally on top of a waterfall. The interiors are just as fantastic as the outside, very modern and relaxing to live in. 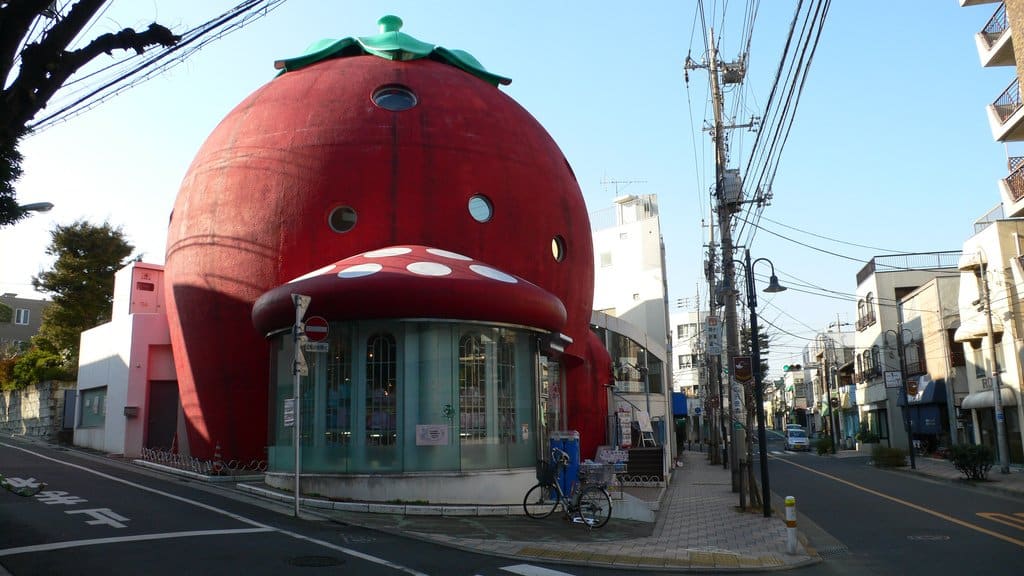 The Sanrio company created a building that looked exactly like a huge strawberry with windows that resembled the seeds. Built in 1984 with the purpose of being a kid’s mall, the Strawberry house has an area where a child can have his birthday party and an area where he could play with his friends. 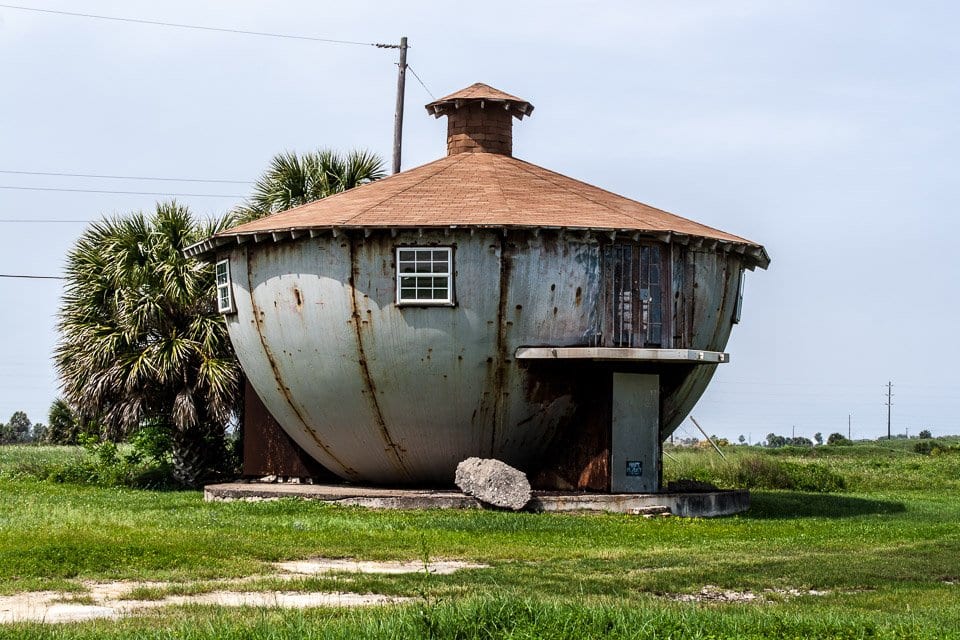 This house looks like a large tea kettle made of a steel dome and a roof of wooden shingles. Rumor has it that the original owner built it and left it for his son, however it has never been confirmed. The kettle house has withstood severe weather and storms and it is still standing tall and proud. 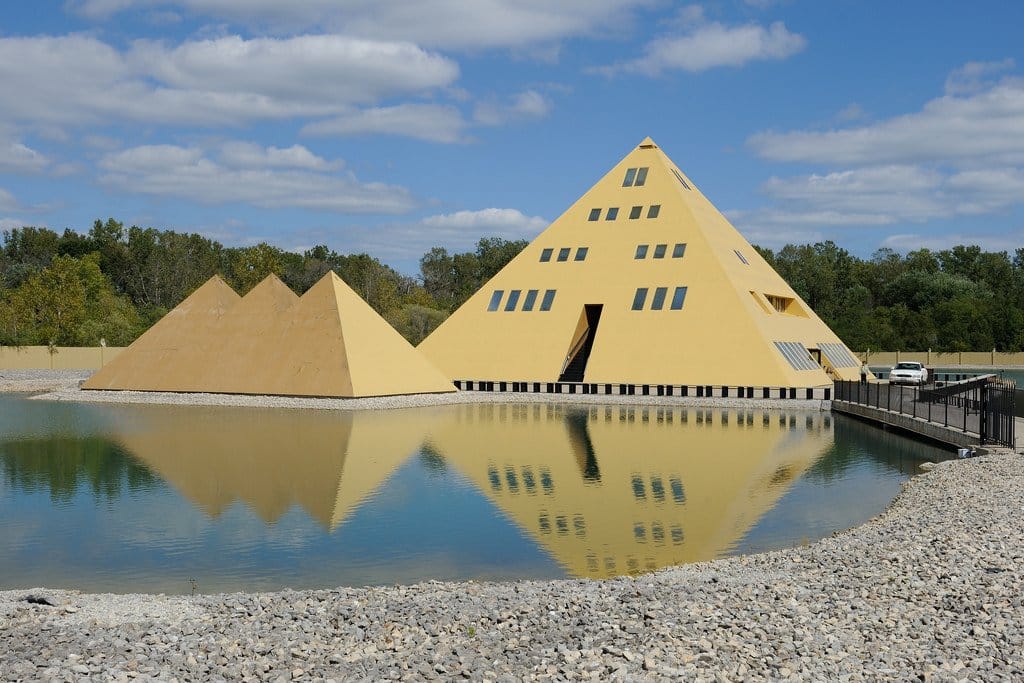 Owners Jim and Linda Onan fashioned their homes like that of the ancient pyramids of Egypt. The gold pyramid house and garage was built back in 1977 and is 17,000 square feet in size. A moat surrounds the home and the couple gives occasional tours of the house to tourists who are interested. 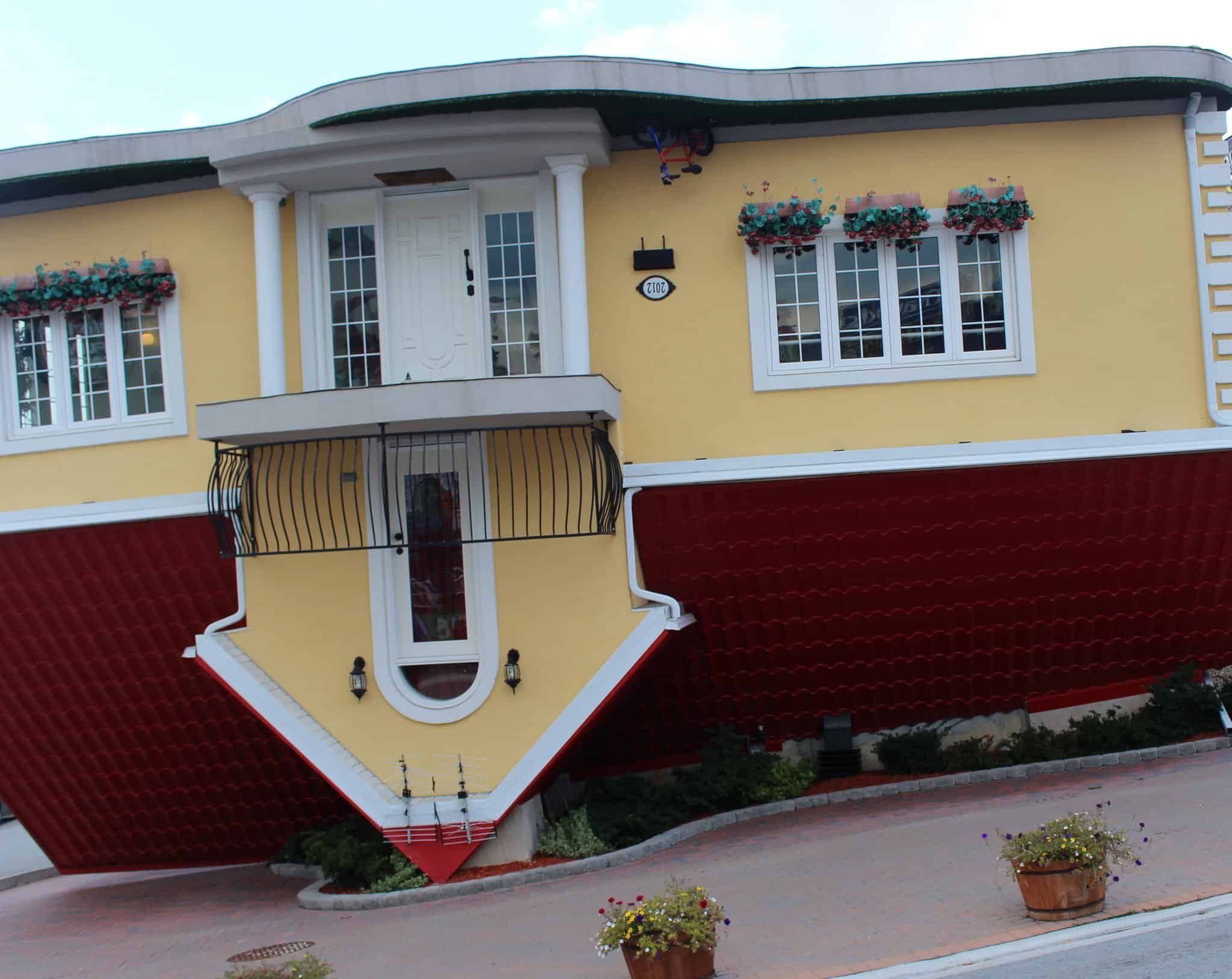 Known for its beautiful waterfalls, Niagara is now also known as the location of the upside down house that is just across the street of Ripley’s Believe It or Not. Tours are done on a daily basis for those who are curious to find out how it is to live upside down. 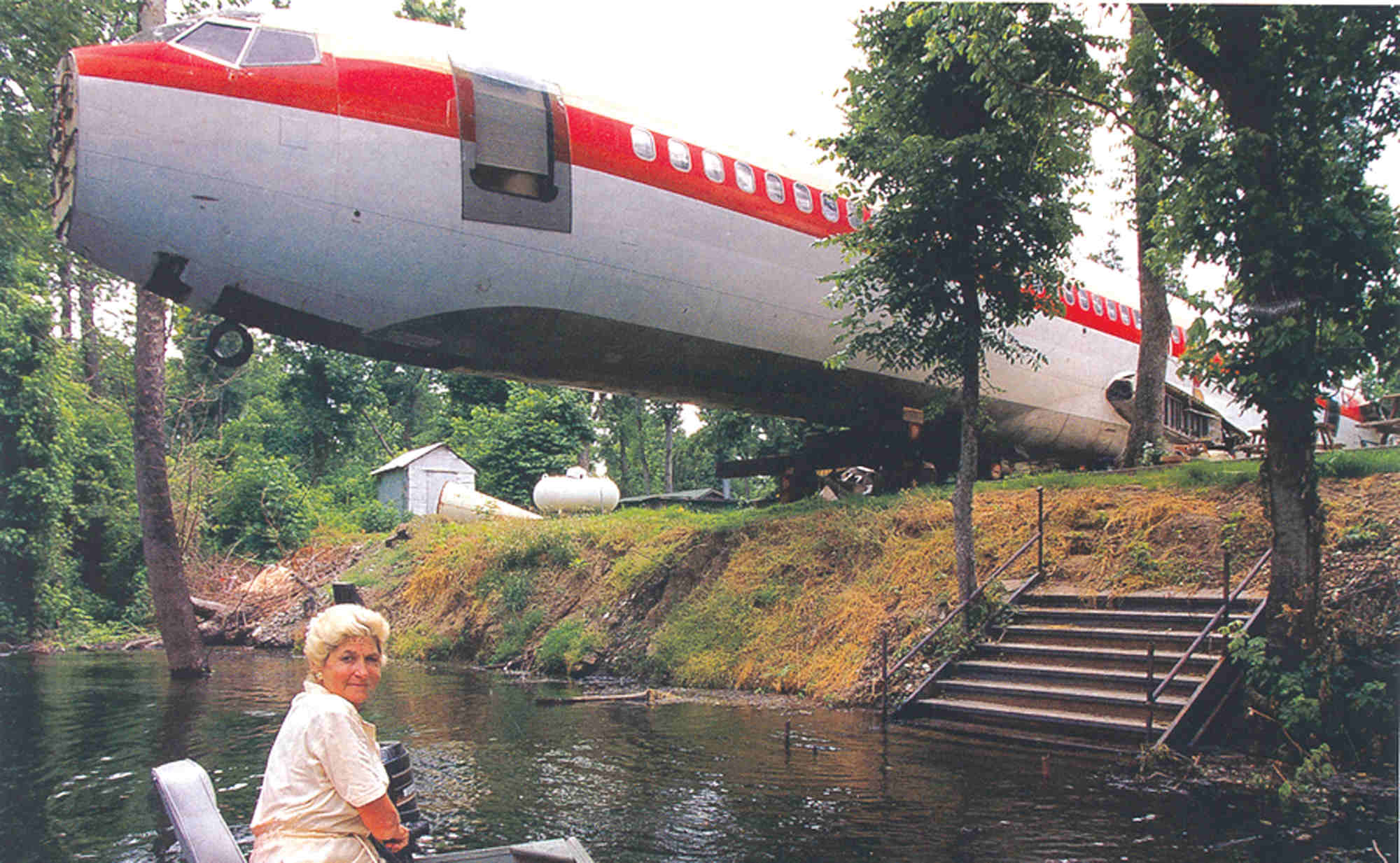 What does it feel like to live in an airplane? Joann Ussery would have the answer after she bought a Boeing 727 from a salvage shop and turned it into her home. Back in 1994, Ussery lost her home when a tree fell on top of it during an ice storm. Since then, she has been living in style in her very own aircraft house. 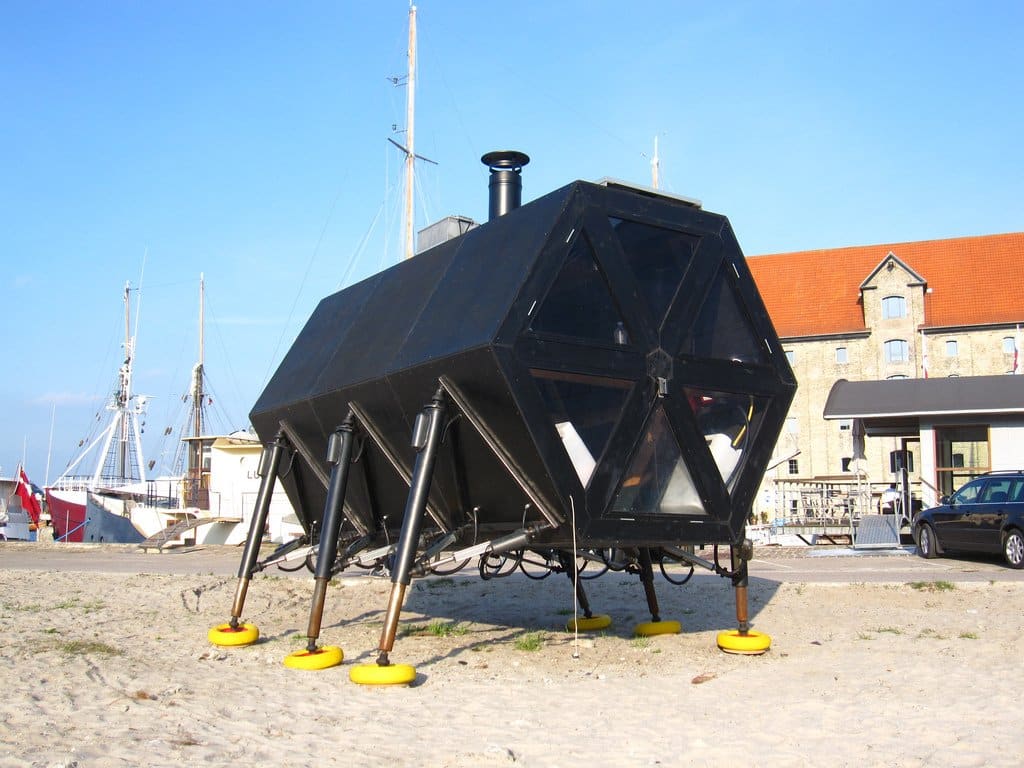 If you don’t like being tied down to the same place all of the time, the N55 Walking House is for you. The house has legs which can take you anywhere around the country without even having to get out of it. It can fit up to four people and built in Denmark. 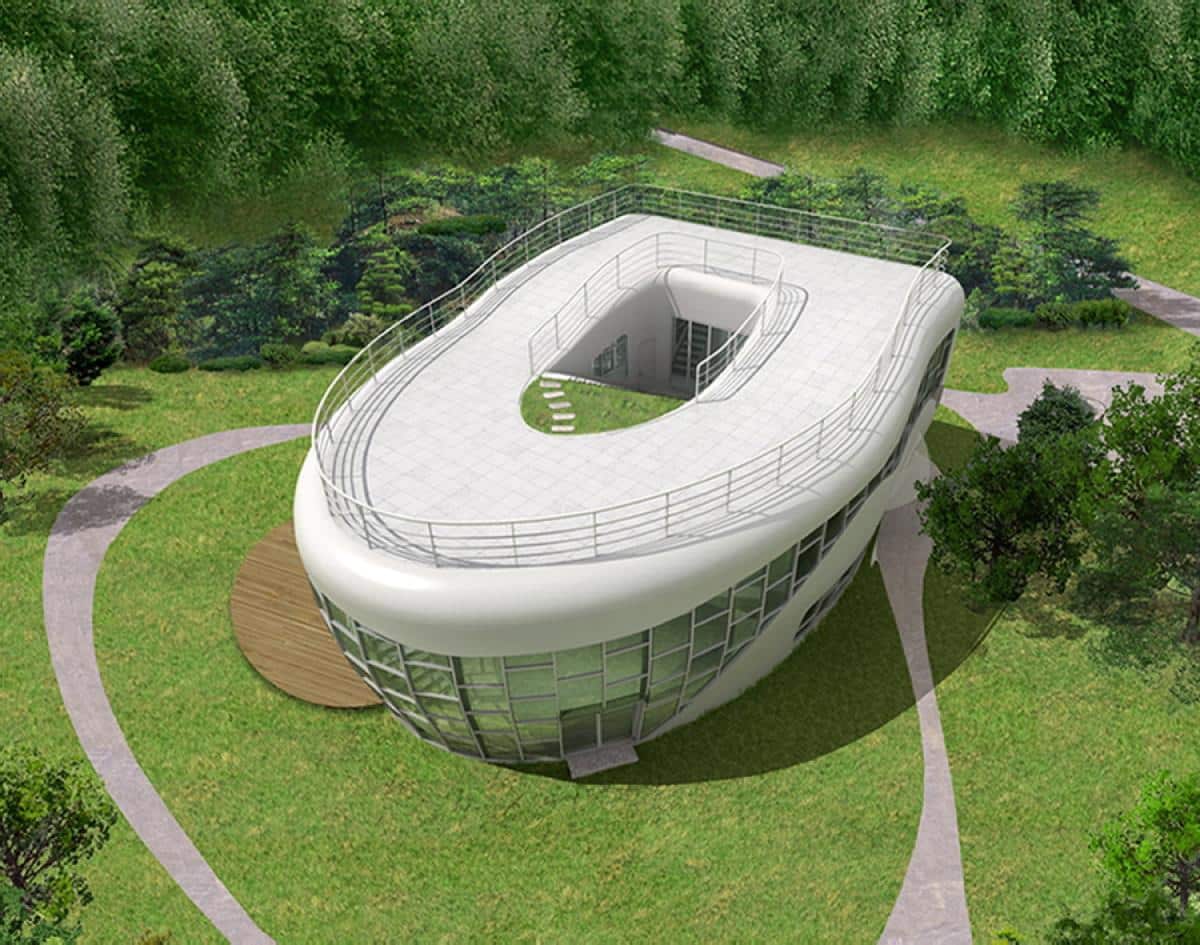 In 2009, Suwon Mayor Sim Jae-Duck had this huge toilet house built in memoriam of his grandmother and because he had this great fascination with the commode. Weird yes, but it did not stop him from having this home constructed. It now serves as a museum and people can visit it in case they happen to be interested to find out how it feel like to live inside a toilet.