Karma, as they say, can be quite a bitch.

This guy learned that important lesson the hard way when he tried to kick a harmless dog one day.

The incident took place in what seems to be like a small internet café. The video below was taken via CCTV and it shows the entire thing exactly as it happened.

Obviously hungry and looking for some food to eat, the dog was simply sniffing the trash bin. The man then spotted him and instead of driving the animal away by other means, he resorted to a violent approach by attempting to kick the dog. He immediately regretted it.

He could have just shooed the dog away by calling its attention or something. Better yet, he could’ve given the poor creature some food.

Instead, he chose the wrong thing and it’s funny how he immediately experienced the consequences of his choices, sliding on the hard floor and hurting his back so bad. Apparently, he lost his balance or his footwear was a bit slippery. Either way, it’s funny how he fell on the floor just like that.

As for the dog, well, he managed to leave the place unscathed while the would-be animal abuser had no choice but to stay sitting on the floor while rubbing his aching back.

The video entitled “Instant Karma for Dog Abuser” was published just last September 8, 2015 but has already attracted around 85,000 views. 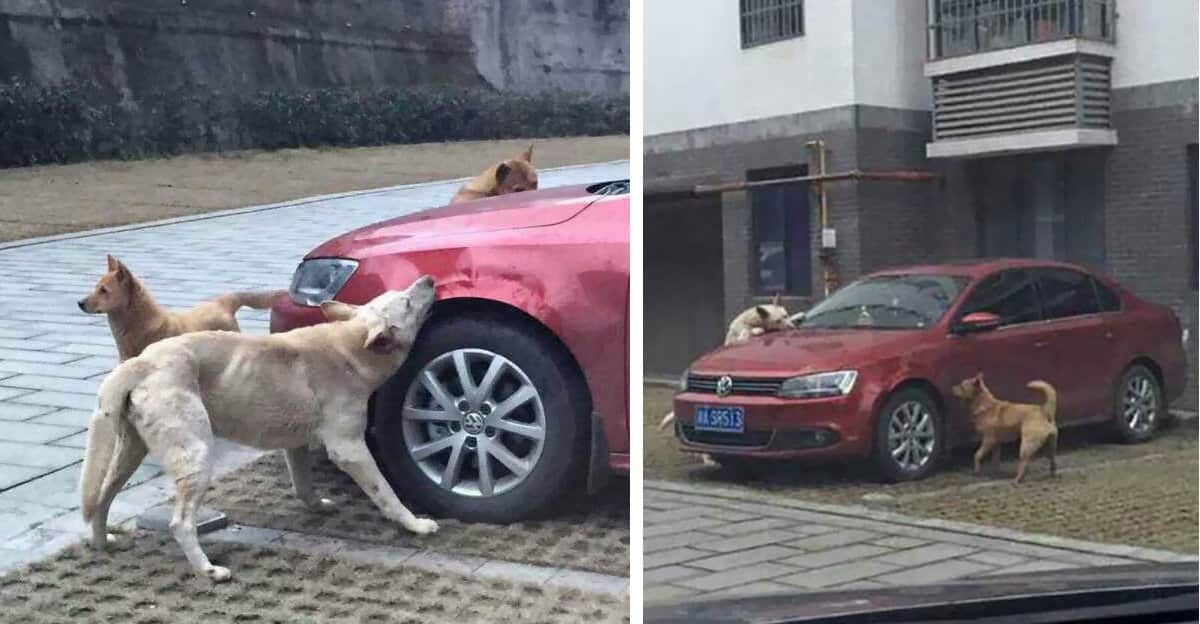