Back in RIMPAC 2014, the US Marines took time to showcase an interesting amphibious vehicle – and we’d say we are still blown away up to this day.

Although the model was still a prototype at the time, it was undeniably an impressive one. In fact, it was a fully-functional half-scale prototype.

The Ultra Heavy-Lift Amphibious Connector (UHAC) has been created with impressive features such as powering across water even with almost 200 tons of payload. When seen in action, the UHAC actually looks like a tank on the water.

And since this one is amphibious in nature, it can also be used in the shore. Got some road block up ahead? That’s not even a problem for the UHAC because it can easily handle up to 10 feet of obstructions.

Without question, the UHAC is more powerful than the Landing Craft Air Cushion (LCAC). 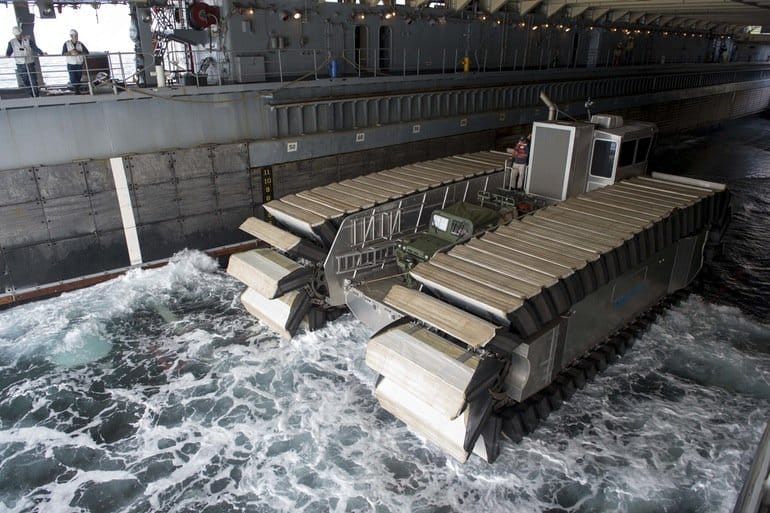 When compared with the country’s current Landing Craft Air Cushion (LCAC), the UHAC brags thrice the carrying capacity. Also, it is worth-noting that this prototype vehicle is a huge one that measures 42 feet in length, 26 feet in width, and 17 feet in height. In short, it is as powerful as it is massive really.

The earlier mentioned comparison with a tank, of course, is actually a valid one. As you will notice, this land-sea capable monster comes equipped with a set of tracks that function as paddles in the water but also works as track pads when driven on the land. It can navigate through various types of terrain such as mud, sand, and others.

Project officer Dave George said that the UHAC demonstration during RIMPAC is a “big deal.” 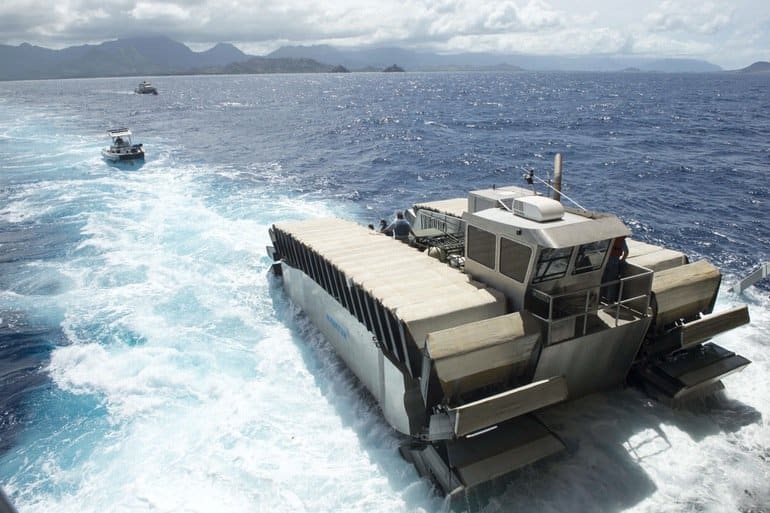 “Showcasing the UHAC during RIMPAC is a big deal. This is a great way to let people know that this new technology is being developed and this is a great way to show what it can do. Today went quite well. We had much better seas then we anticipated and we were still able to get onto the well deck of the USS Rushmore.”

You can watch the UHAC in motion here:

Ripsaw: A Robotank that Can Lead the US Army Safely into War! 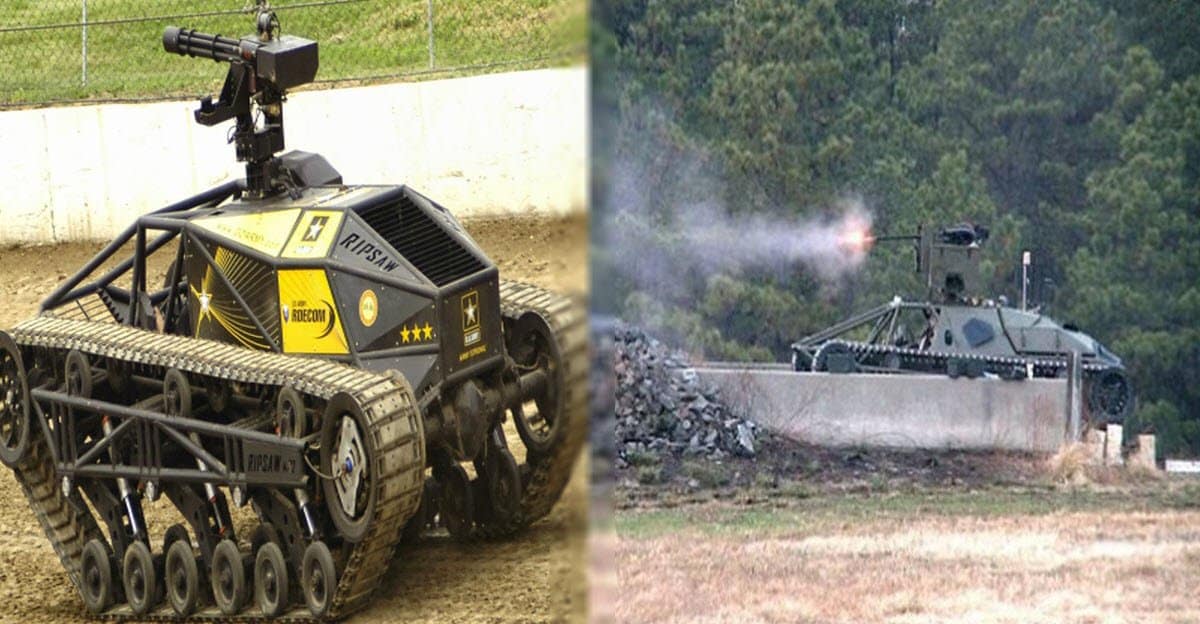