Gigantism is a condition characterized by excessive growth because of hormonal imbalance. It is a rare condition that affects a person as it occurs when the somatotropin hormone is too much. It is vital to be able to diagnose the condition right away, early intervention is needed to stop or slow down excessive growth.

Sometimes, it’s hard to detect it right away because people think that the abnormal growth is just a cause of a normal growth spurt, that’s why it’s important to recognize the signs of gigantism if you feel that your child is growing strangely.

Joelison Fernandes Da Silva, 28 years old has gigantism condition and is currently 7ft 8inches tall. He has undergone a surgery in which a benign tumour in his Pituary gland was successfully removed, this was done to control his growth and make it slower. 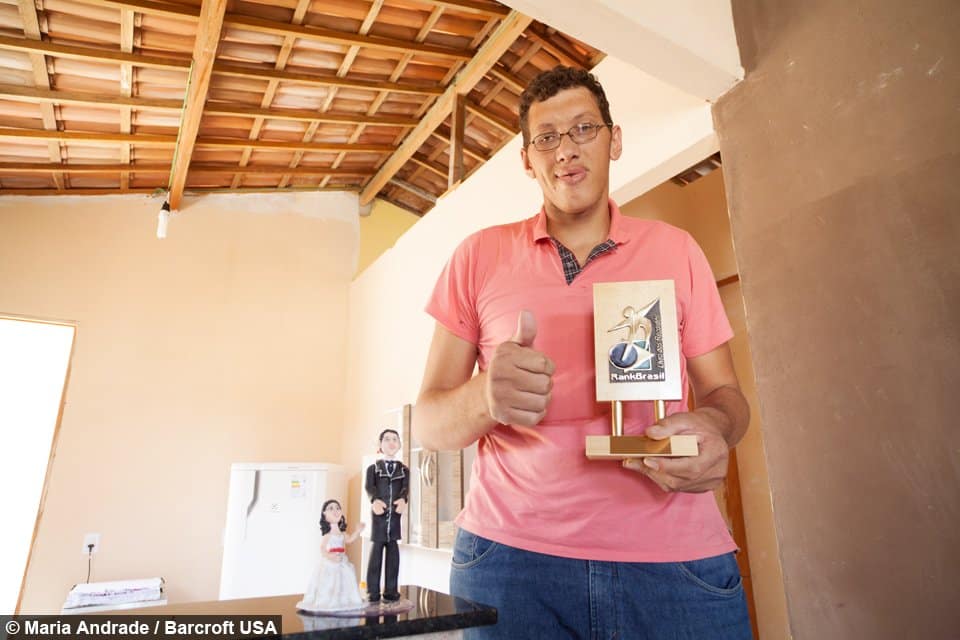 Ivanilde Fernandes da Silva, mother of Joelison; shared about the journey of his son with gigantism.

“From a young age I knew there was something not quite right with Joelison. When he was a baby and only a few months old the baby shoes stopped fitting his feet properly and I’d always have to go and buy more and more.

I thought ‘there’s something wrong here’ but the doctors said he was just a big baby and would stop growing eventually and so we waited for him to stop growing – but he still hasn’t stopped.

When he got to eight years old I knew he was growing at an abnormal rate and by the time he was 14 he was already 6ft 4in.

We lived in the rural zone and nobody knew him. For half of his life he has been hidden away. If anyone came to our house he was so shy he would hide so they wouldn’t see him.

I was really worried.”

After some time, the doctors have discovered that because of the tumor in his pituitary gland, his body continuously produces uncontrolled amount of growth hormones.

In 2007, the tumor was removed via invasive laser surgery through his nose. His growth is now under control, although it would not stop him entirely from growing; it helps slow down his growth. Since the operation, he became 4 inches taller which makes him 7ft 8 inches tall. He was crowned as Brazil’s tallest man.

Joelison has been teased and bullied in school when he was young because of his condition so he dropped out of school and hid in their house almost half of his life and became very shy, until he met a 5ft woman named Evem Medrios, 21 who instantly stole his heart.

He fell in love with Evem Medrios who is 5 ft tall or 3 foot smaller than him. 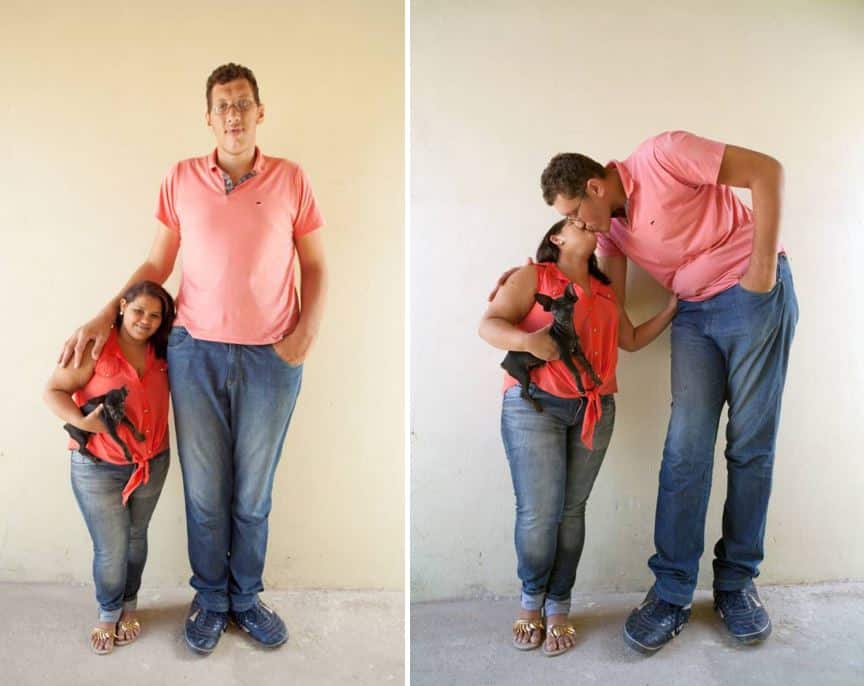 “The first time I saw her it was love at first sight. I was charmed by her. I wanted to be with her all the time. It didn’t matter about her size.”

Joelison used to work in plantation and gold mine but he left his job because of his physical condition, so now he appears in commercials for frozen ready meals and products, and this is when he met his wife.

5ft tall, Evem sent a message to him in Facebook to greet him a happy birthday and they began exchanging numbers and talking with each other. After a year of dating, they got married.

“She was basically my first woman. The first woman of my life. I was 28.
I thought everything about her was beautiful but especially her eyes.

She is very caring. She doesn’t show it when the cameras are here but she is caring and truthful. She has never lied to me.”

After getting married, now they are also planning to start a family.

“I had a certain amount of fear. I was afraid it wouldn’t work out. But it was fine – we have a normal love life.
We want to have a family so I track my dates, times, temperature, everything. All I have to do is call him and he understands what is going on.

I have polycystic ovaries and so there are months that I don’t ovulate. I’ve done my exams and already know that my condition makes it more difficult to get pregnant. But he hasn’t done his tests so we need him to go and do it so we can see if the problem really is just me.”

According to Evem there are times that Joelison is having a hard time doing chores in their house, as his height makes it hard for him to stand up for a long time.

He has grown taller after he was awarded as the tallest man in Brazil five years ago. 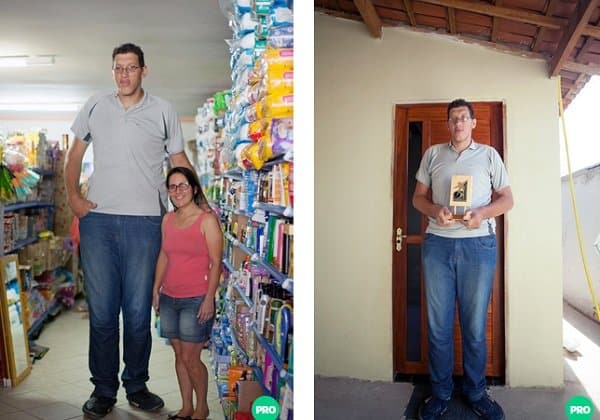 His mother, Ivanilde had a hard time letting go of him when she knew about his plans to settle down and get married.

“I got really jealous when he got married because I dedicated my life to him and when I had to share him with someone else it really wasn’t easy but as a mother I want him to be happy.

With his treatment, I’m still the one who takes care of that, I haven’t delegated it to that girl yet. But I will once she gets used to things.”

Joelison, finished high school last year and is looking forward to pursue his dreams like travelling and having a family.

He will fly to France to attend a convention where he will meet other people who have gigantism. Joelison is the third tallest man in the world; he has monthly injections and four types of everyday medicine to be able to control his gigantism.

Don’t forget to SHARE this inspiring story to your friends and family!