Sinon Loresca is an actor, comedian, and model from the Philippines who gained worldwide fame when videos showing him wearing a skimpy Speedo and six-inch heels went viral. People couldn’t get over how a muscular guy like him could be so graceful while using the so-called killer heels.

Needless to say, Sinon was quite overwhelmed by how popular his videos got, as they received millions and millions of views.

Here’s the video that made Sinon’s popularity grow even more.

Media outlets all over the world dubbed Sinon as the “Catwalk King” — a title that he most definitely deserves as he has done all sorts of things wearing those high heels such as run on a treadmill and play basketball. Moreover, Sinon got invited to appear in the Emmy Award-winning US television talk show The Doctors.

The Catwalk King continues his funny antics in heels.

Then again, it’s not all about fun for Sinon. It turns out that he regularly gives food to street children. In fact, he’s been raising awareness about their plight through his videos.

Although he may not realize it, his simple and heartfelt interactions with these impoverished children who end up in the streets highlight the need to give these children a better future. Normally, people shun these kids and don’t even bother to show them some kindness.

Who else can play basketball in heels?

Recently, Sinon’s life story was dramatized in a TV show and he played himself. He explained that he gave his consent for it so as to encourage others to keep working for their dreams.

“I hope the story of my life would serve as an inspiration to people,” he said.

The TV drama showed that in the past Sinon had been estranged from his family. The Catwalk King experienced the struggle of making ends meet and being alone. However, there came a time when he had to make a sacrifice for his sister back in 2009.

He goes out of his way to be kind to street kids.

Sinon’s older sister, Catherine, was working in London. One day, Sinon got a call from her. She told him, “I’m sick. I have a very serious sickness.” She then said that she had Chronic Kidney Disease (CKD) and that her kidneys were failing.

Sinon couldn’t stand the thought of his sister suffering. He recalled:

“I told her, ‘What do I do? I’ll help you no matter what happens because you’re my sister. If I have to give one of my kidneys to you — or my heart — or whatever part of my body.'” 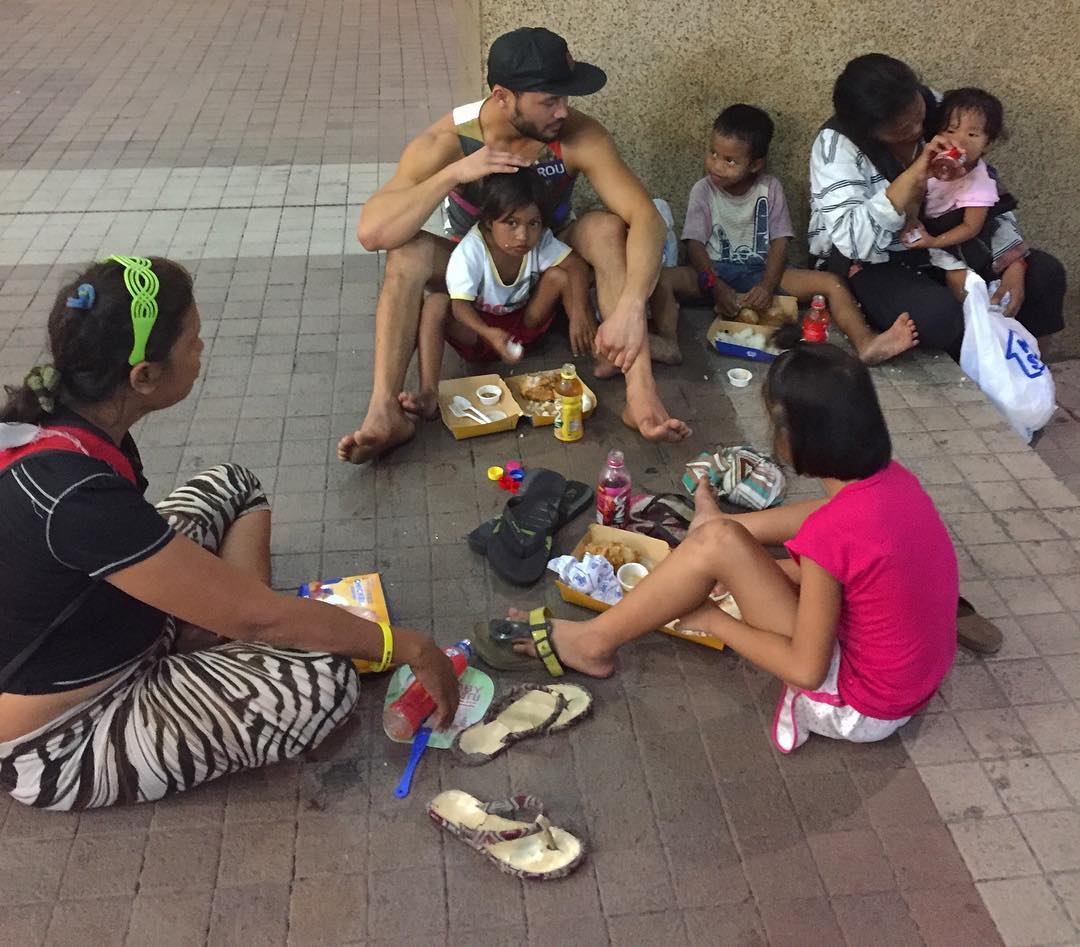 Sinon immediately did what he could to get an emergency tourist visa to the UK. He flew to London to get to his sister as soon as he could. He underwent tests to determine if he would be a suitable donor for her. Fortunately, the results were great.

Prior to undergoing surgery for the harvesting of one of his kidneys, a doctor asked Sinon if he was wholeheartedly making the organ donation. Sinon shared

Sinon aims to encourage others to be fit with this before-and-after photo.

Sinon and his sister then underwent the kidney transplant operation, after which they each had one working kidney. The operation was successful. They were in recovery at the same time. Sinon remarked, “I just did my part as a brother, as a family member. The operation was done, and God blessed us.”

While Sinon and his sister were still recovering from their respective operations, they received devastating news – their father had died.

Sinon in London, sometime before the operation. 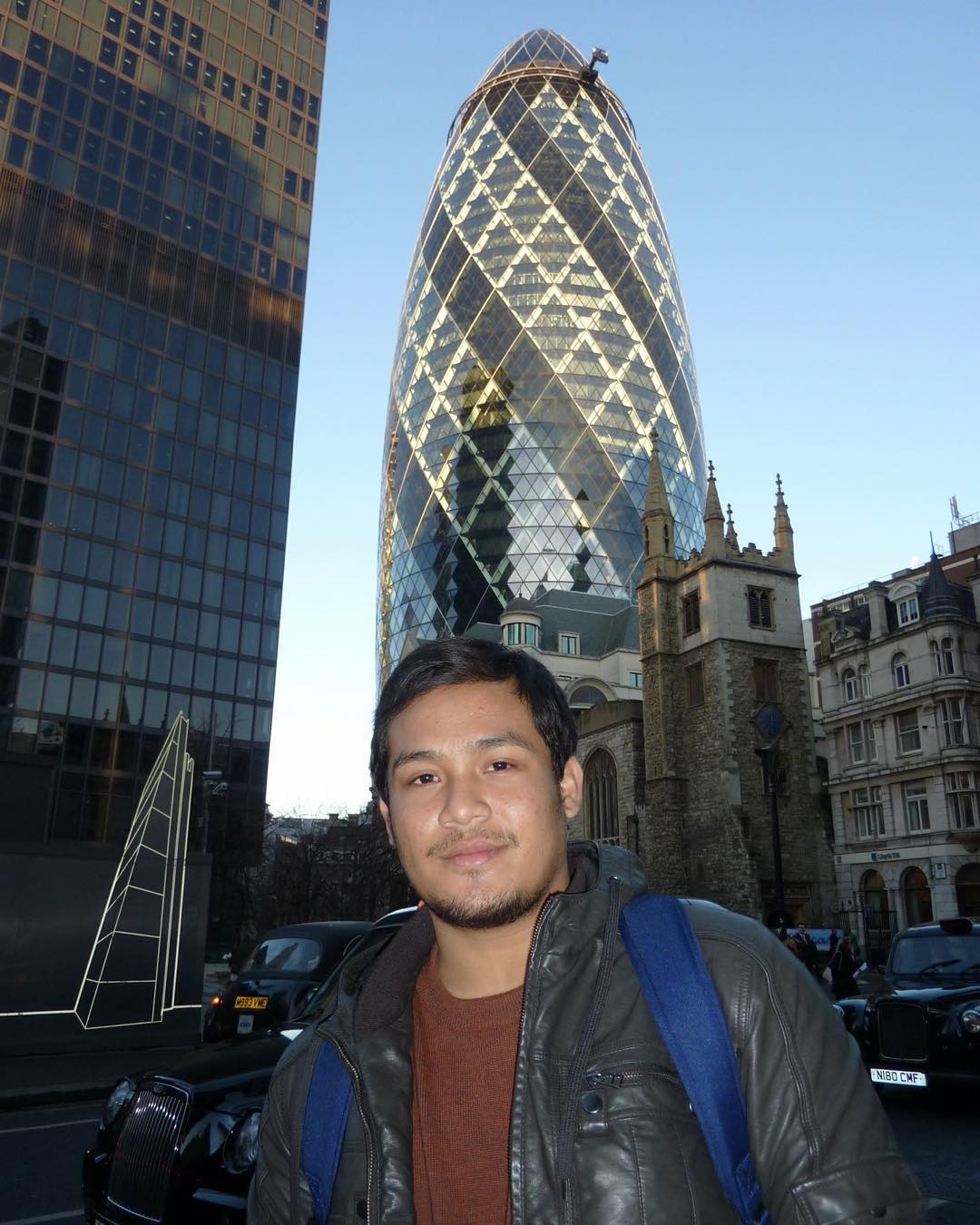 “Me and my sister stayed in London. We were not allowed to fly back home because we had just undergone operations. She had a new kidney. For my part, I now only had one kidney. We were told that we were not cleared for travel yet. We were not able to make it to our dad’s funeral.”

Sinon recently posted a photo of himself working on the set of the TV drama about his life. He posed with the actress who was tapped to play his sister.

Sinon with the actress playing his sister. 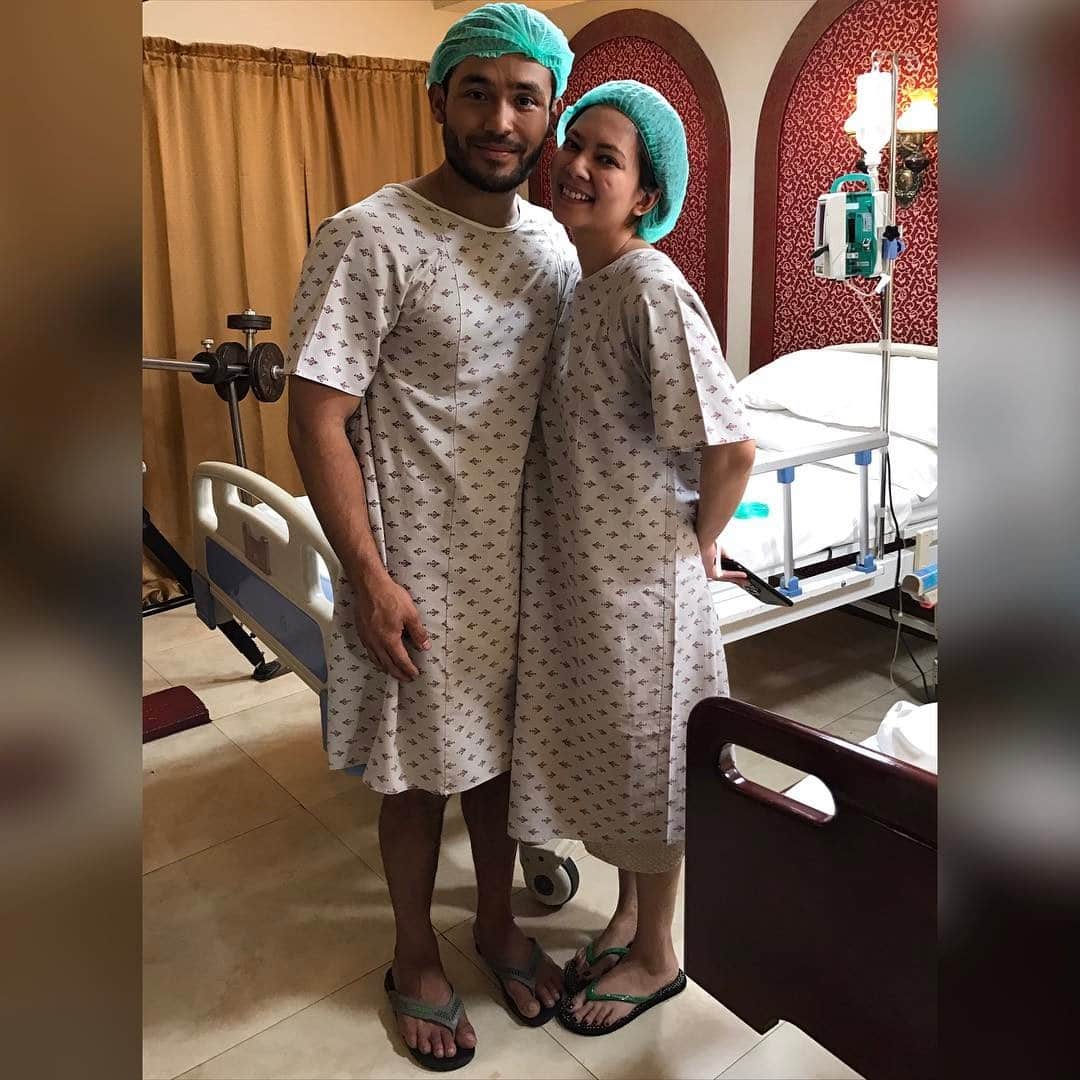 Here’s part of the caption that Sinon wrote to accompany the photo:

When I found out that my sister was in an extremely bad condition in London, I didn’t have any second thoughts of helping and saving her life although I know that giving her one of my kidneys could risk my life. For me the most important thing is to save her life.

I had bad experiences during my childhood with my family. However, I never use that against them. In fact, I used my upbringing to be more confident, strong, and ready to face the challenge of life.

My family and life experiences brought me to where I am now today. I don’t consider myself successful. I considered myself fulfilled with the love and happiness that I share to the world every time I wake up in the morning.

Aside from making people laugh, Sinon wants to inspire them. 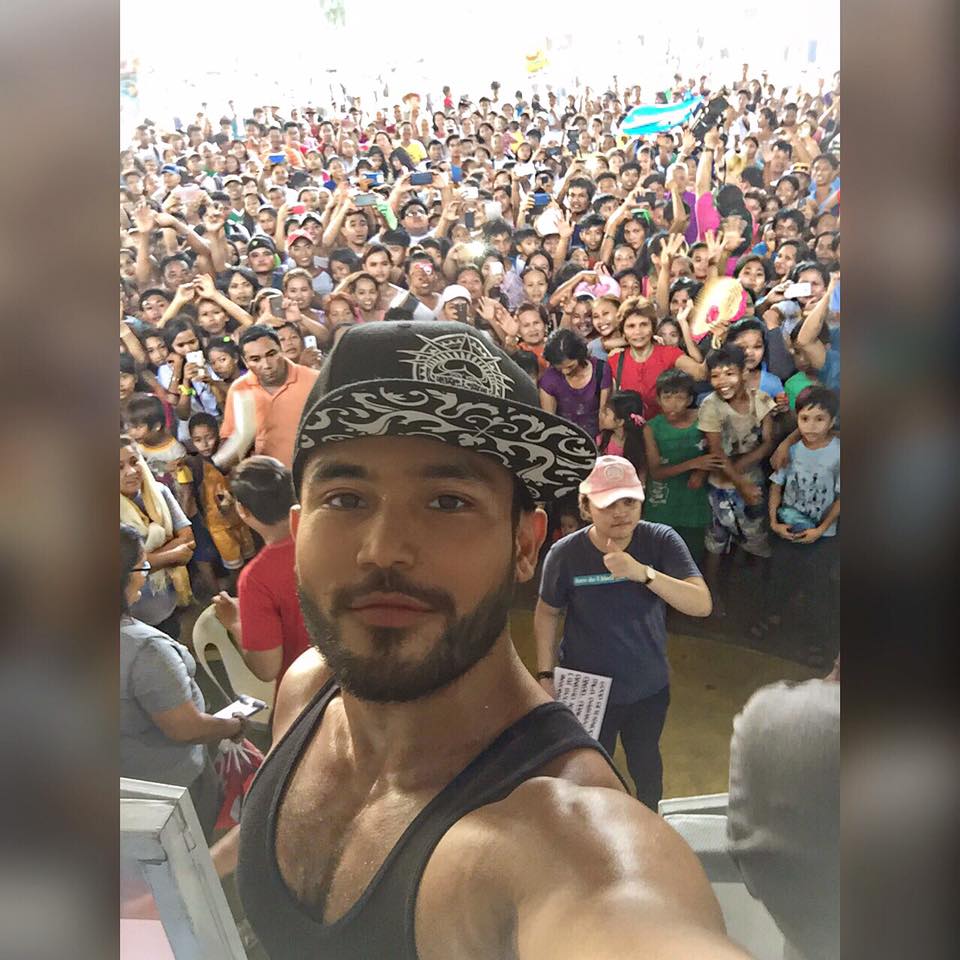 It’s no wonder why Sinon has a lot of fans. He is one person who definitely spreads happiness everywhere he goes. He deserves all the good things than the universe gives to him. With his big heart and exemplary work ethic, there is no doubt that he’ll get everything that he dreams of.