Well aside from being accomplished and best selling musicians, each of these rockers are all multi-instrumentalists –  musicians who can play at least two or more musical instruments.

Take Dave Grohl, for instance, who played all the instruments (except the guitar parts of a single song) on all the 15 tracks for his post-Nirvana demo. Later on, he enlisted band members to play with him during live shows and they’ve since become one of the biggest bands in the planet. Dave also plays various instruments on many other side projects such as Probot, Them Crooked Vultures, and Queens of the Stone Age.

Anyway, back to the subject of multi-instrumentalists.

If musicians such as the above-mentioned Dave Grohl blow you away, wait until you hear about this guy.

Using a modified guitar, Pensen Paletti can play the strings and churn out drum beats at the same time. 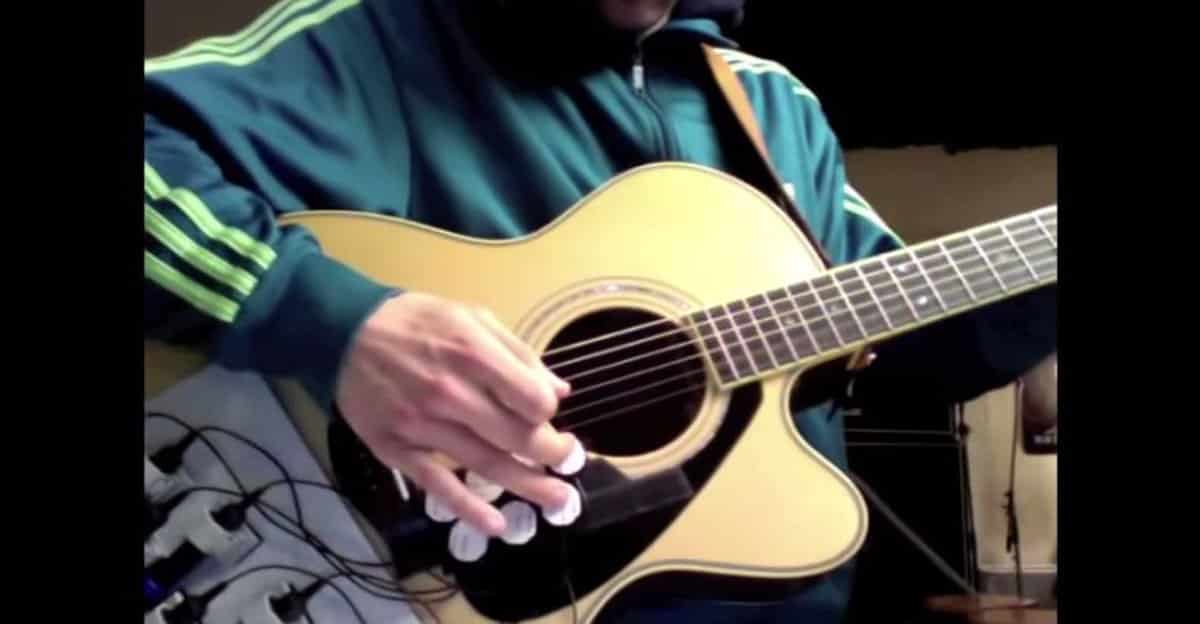 This is Pensen Paletti, a musician from Germany who, believe it or not, can play the guitar and the drums at the same time.

Well, technically, it’s not a traditional drum set but a modified sound system that produces drum beats with the tap of a finger. This machine is installed on his guitar and its impressive how he gets to strum the guitar and play the beats simultaneously. Also, it’s a bit creepy how he manages to smile throughout his entire performance. It’s really crazy!

See for yourself by watching his video here:

Pensen Paletti plays for the band Monsters of Liedermaching but, as we’ve all just seen, it looks like he can entertain audiences with or without his band members. This dude is ridiculously good!