The ocean is a vast world filled with wonderfully weird things. Many studies have been done on the ocean and everything in it. Yet, a huge part of it is still a mystery. To this day, people often get shocked by rare creatures from the sea. That said, the Northern Stargazer fish definitely fits the bill.

A scary-looking creature, the Northern Stargazer is the kind of fish you’d expect in your nightmares. We don’t like forming judgments based on looks, but it’s hard to ignore just how terrifying this fish looks.

A shocking ocean side find. 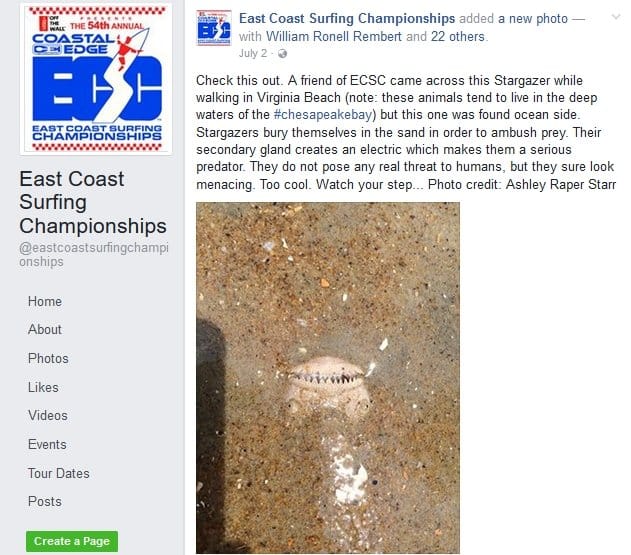 Just last month, the administrators of the East Coast Surfing Championships Facebook page shared a photo of the scary-looking fish. It turns out that a woman named Ashley Raper Starr had come across a Northern Stargazer as she was strolling along the banks of Chesapeake Bay in the coastal city of Virginia Beach in southeastern Virginia.

A closer look at the fish's horrible face. 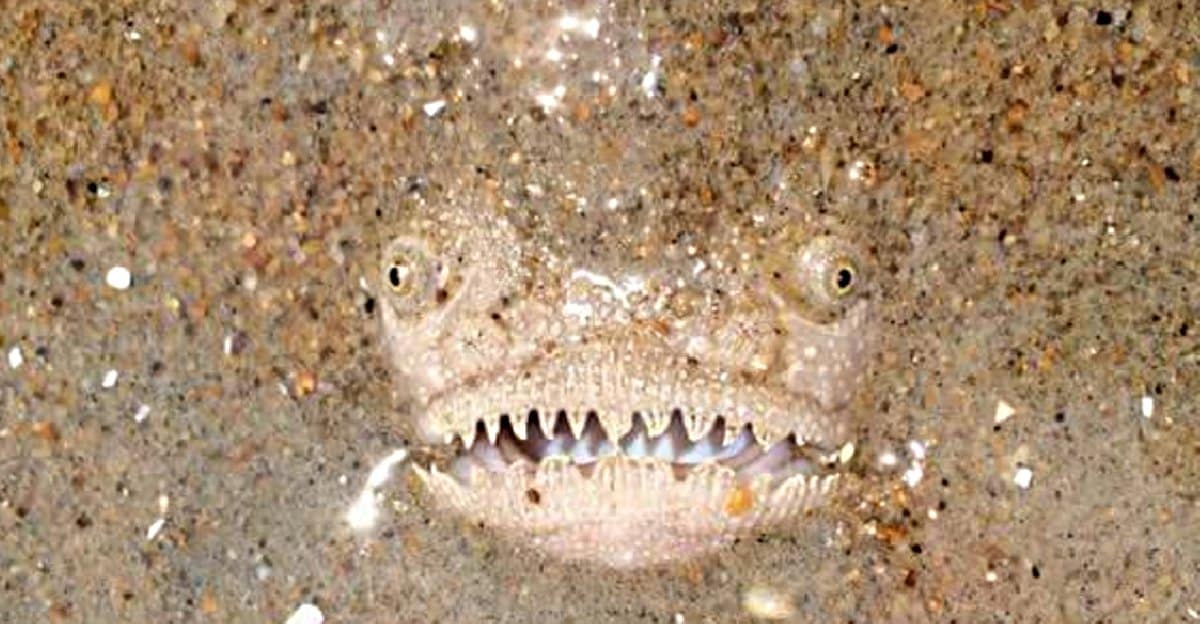 The caption accompanying the photo reads, “In Virginia Beach, these animals tend to live in the deep waters of the Chesapeake Bay. But this one was found ocean side. Stargazers bury themselves in the sand in order to ambush prey. Their secondary gland creates an electric which makes them a serious predator. They do not pose any real threat to humans, but they sure look menacing. Too cool. Watch your step.”

It can grow up to 22 inches in length and weigh an average of 20 pounds. 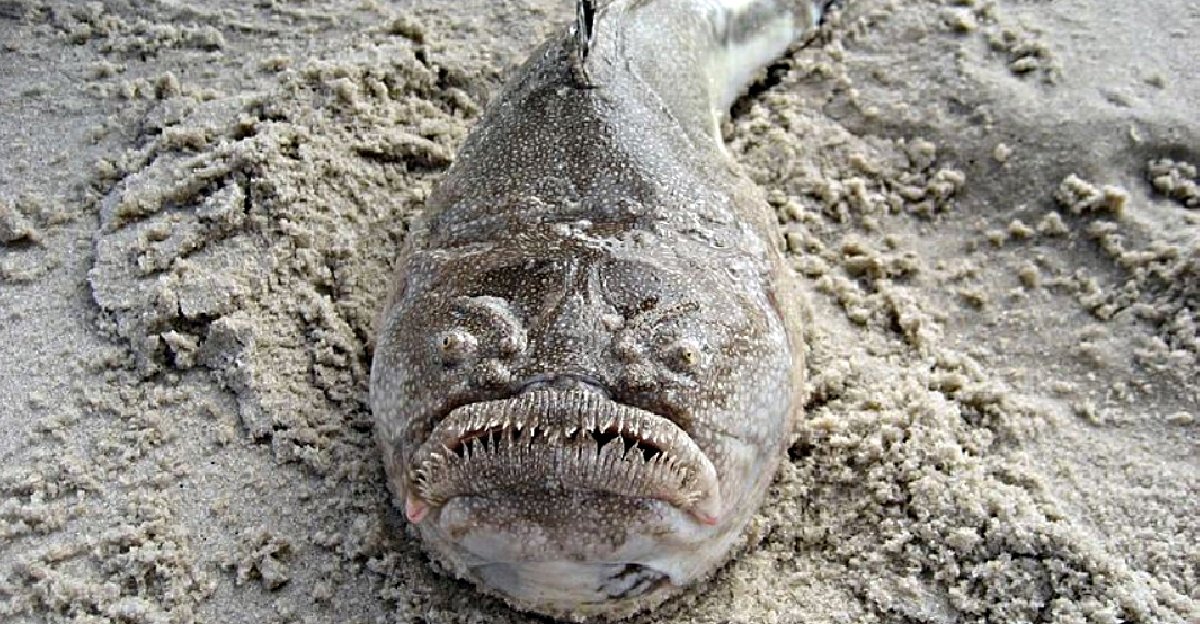 The Northern Stargazer, by the way, has been given the scientific name Astroscopus guttatus. Astroscopus means “one who aims at the stars.” The fish’s eyes are on top of its head, so it looks like it’s always looking up. Hence, it got tagged as a “stargazer.” Meanwhile, guttatus means “speckled,” which is a description of the white spots on the fish’s back.