It’s that time of the year when people decorate their homes in the spirit of Christmas. However, one woman has been asked to take down her decorations – which consisted of three dragons. Interestingly, she decided to try and fix her display and turn it into Christmas dragons.

Diana Rowland is an author based in South Louisiana who happens to love dragons. Diana decided to place three colorful dragons on her yard in celebration of Christmas. However, her neighbors weren’t on board with the idea, calling her decorations “inappropriate” for the season. Instead of complying with the neighborhood, Diana tried to make her dragons more appropriate for Christmas.

Diana has since added halos on the dragons and declared that they are angels. 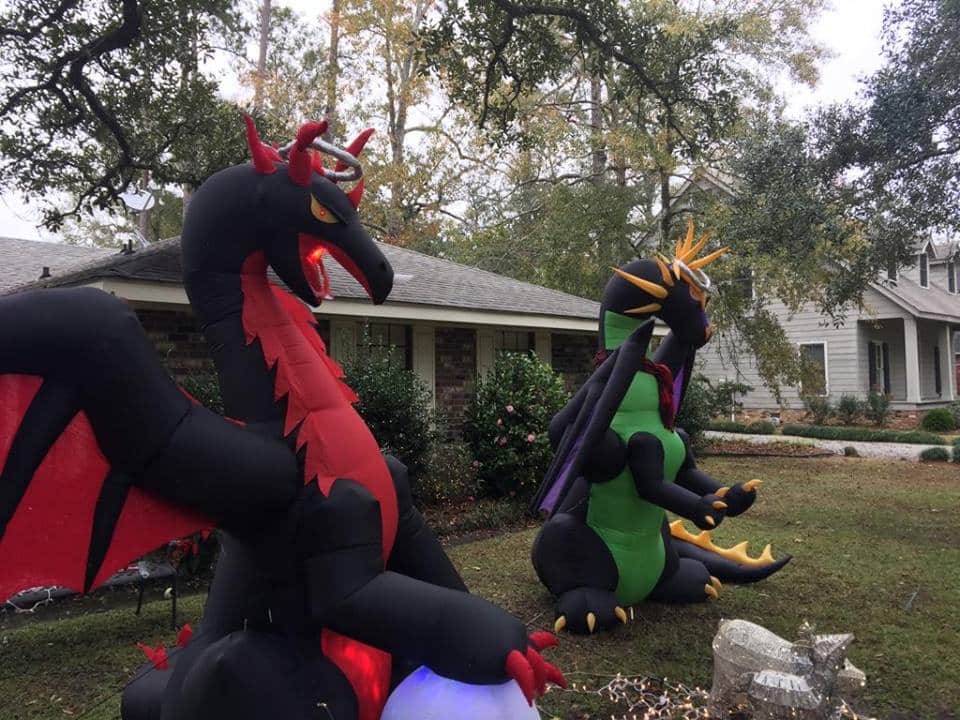 The anonymous letter read as follows:

“Your dragon display is only marginally acceptable at Halloween.

“It is totally inappropriate at Christmas.

“It makes your neighbors wonder if you are involved in a demonic cult.

“May God bless you and help you to know the true meaning of Christmas.”

In response, Diana added more dragons to her display. She also plans to add even more to recreate the Nativity scene but with the mythical (and inflatable) creatures.

There are now five dragons, two of which are in Christmas colors. 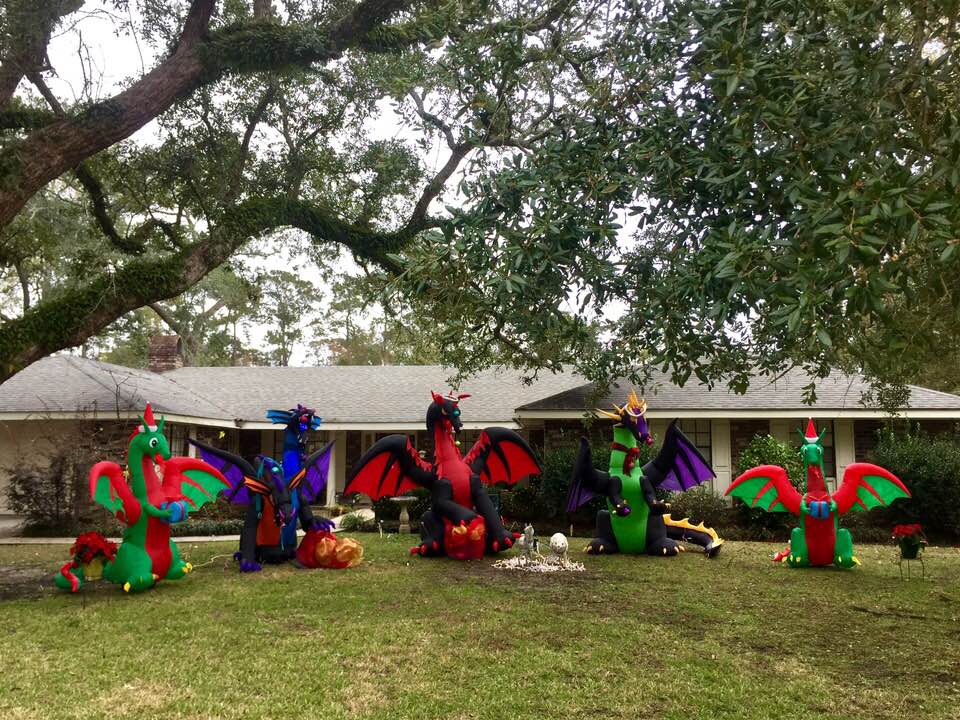 Most netizens thought it would be a great idea to help Diana add more dragons to her Christmas display. However, the author quickly pointed out that it would be better to send their money to a worthy cause instead.

“Hi, everyone! I’ve been getting a lot of messages about fundraisers/collections to buy me MORE DRAGONS, but I would much rather any Dragon Army money be donated to a worthy charity of your choice. Let’s make this holiday season about joy and charity for all. Thanks!!” she wrote.

Despite the possible disharmony caused by the Christmas dragons in the neighborhood, it is great to see that Diana is promoting the true spirit of Christmas.