After the controversial KFC deep fried rat meal, a McDonald’s customer from Taplow, Berkshire was horrified to find a mold growing on top of a bun served to him while dining at McDonald’s Holborn.

Edward Porter, a 33-year-old senior executive at a software company, decided to post photos of  the moldy burger on social media after the fast food restaurant offered him £30 in vouchers as a “fair amount of compensation”.

Porter was dining along with his colleagues when he suddenly spotted the blue mold on his meal just as he was about to take a bite. 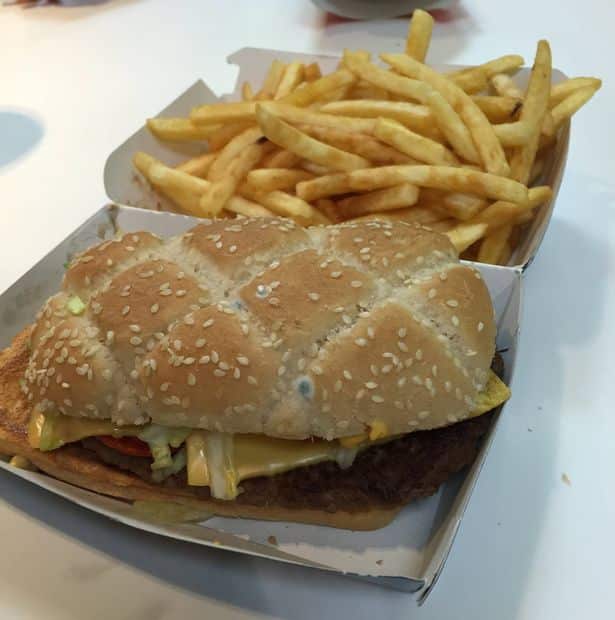 “I was served a burger with mold on it at the Holborn McDonald’s in London. It happened at 11.30pm on 4 June; I was working in Liverpool Street, London and had been out with some clients. I went to McDonald’s to get a quick burger with my colleague before heading home,” Porter told The Daily Mail UK. 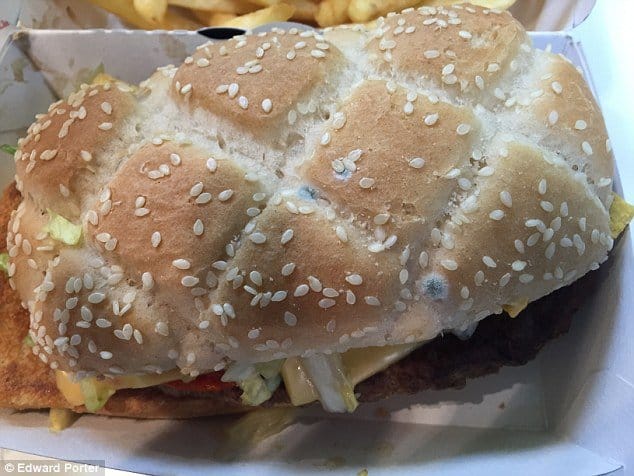 Porter immediately informed the duty manager about his moldy burger and was offered a refund and another burger in apology. Although he didn’t accept the refund, he took the new burger as he was really hungry at that time. 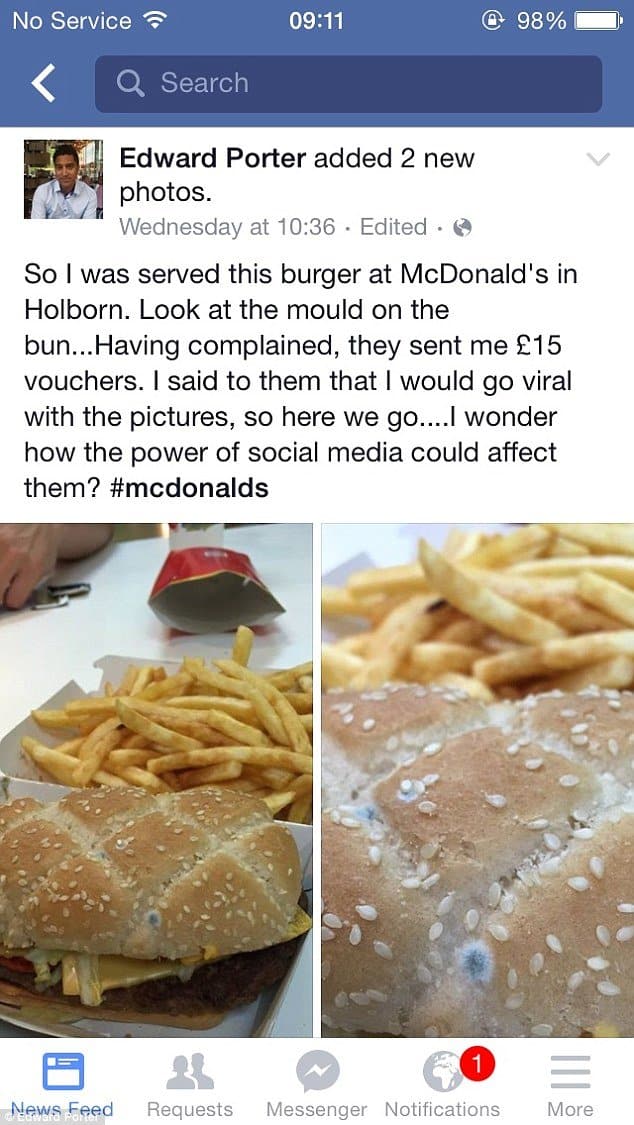 A McDonald’s spokesperson claimed that they have apologized to the angry McDonald’s customer and reimbursed him. Moreover, they have launched a full investigation on the incident.

Reportedly, Porter made an unreasonable compensation claim which he quickly denied.

Related: Did KFC Serve a Deep Fried Rat Instead of Chicken? 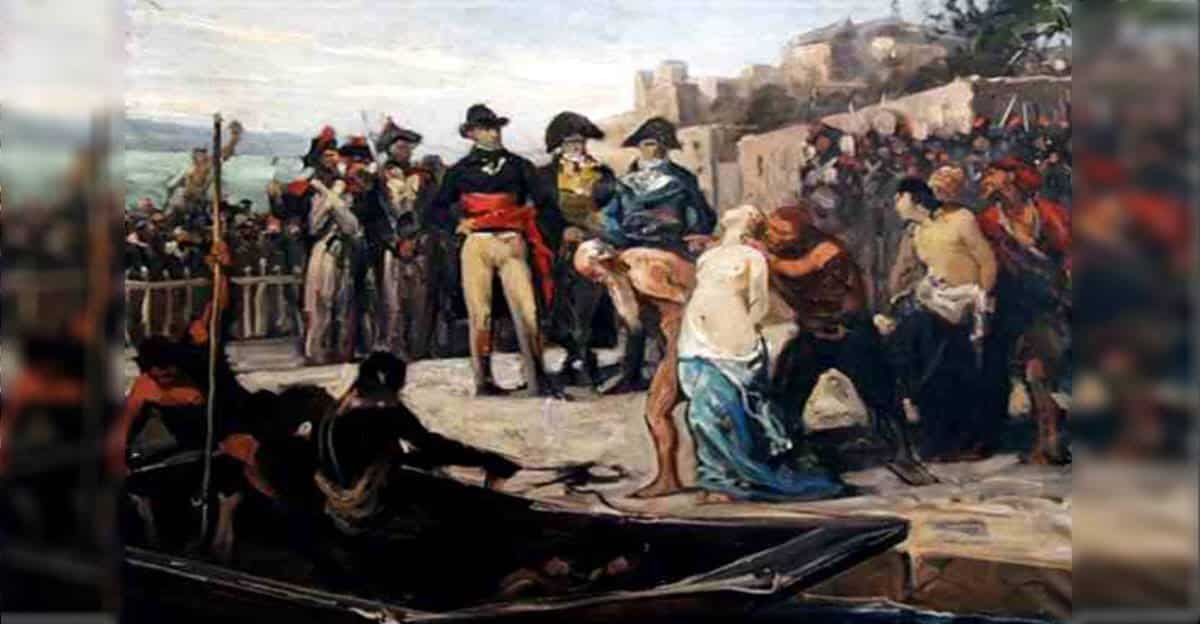