Chen Guanming, a 61-year-old farmer from the village of Tongshan in eastern China’s Jiangsu Province, is probably the biggest fan of the Olympics. He has literally been following the Olympic Games all over the world in his 400-pound, three-wheeled pedicab rickshaw.

Chen Guanming is quite a sight in his rickshaw. 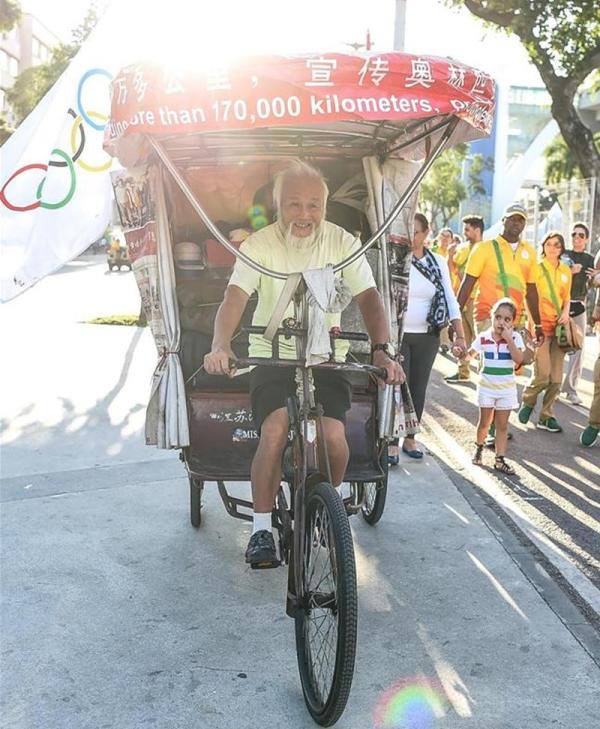 Chen was not always so adventurous. When he was younger, he hardly traveled beyond his village. However, he caught the travel bug in 2001, when it was announced that China’s bid to host 2008 Olympic Games was successful.

In preparation for the momentous event, Chen launched his personal crusade against littering. He traveled all over China in his rickshaw to personally spread the word about the need to protect the environment.

He ran into one of his fans as he went though the Tijeras Canyon in New Mexico. 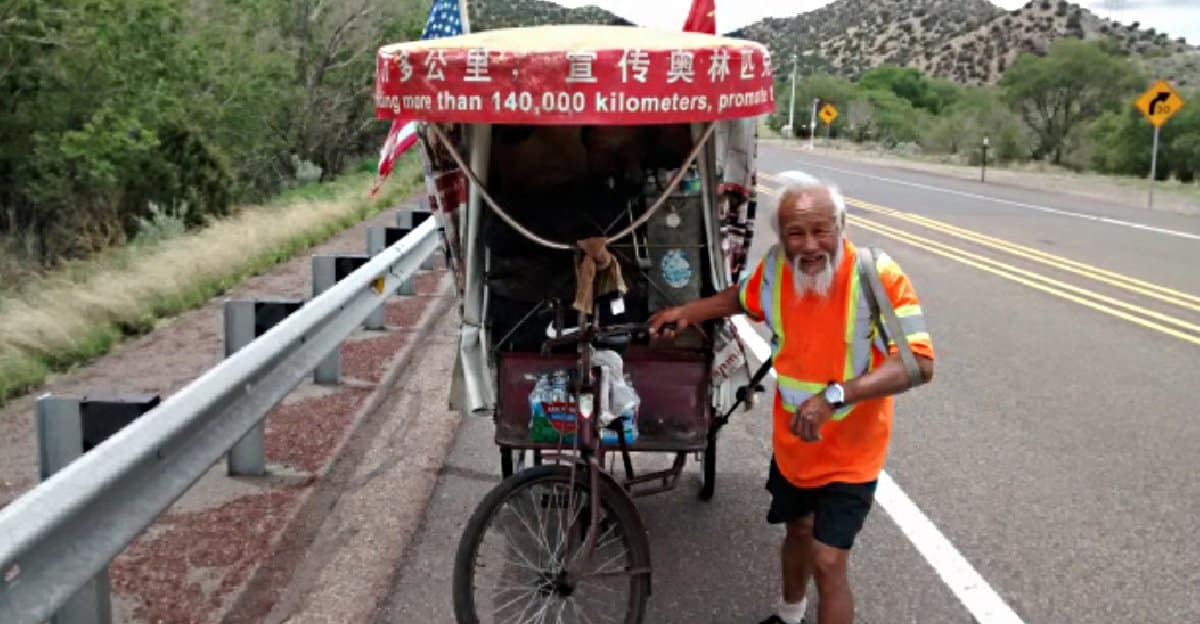 Chen visited 1,764 cities before he finally reached the Bird’s Nest Stadium in Beijing to watch the Olympics in 2008. He was already 53 years old by then.

As it turned out, Chen was so impressed by the Olympic spirit. Thus, he decided to travel to its next destination as well. The Olympics — which is held every four years — was set in London in 2012. So, Chen planned ahead. In May 2010, he began his journey to the UK.

A peek inside the rickshaw. 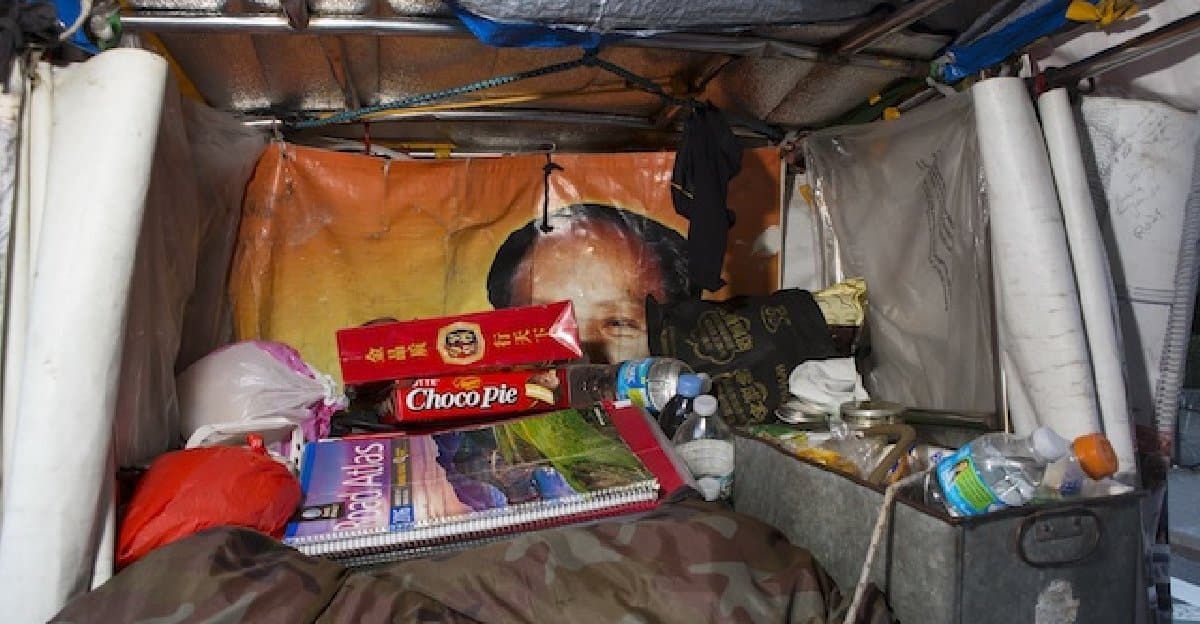 Chen’s two-year journey to the UK was full of challenges. He had to go through some of the world’s most troubled regions. His route included flooded Thailand, the Himalayan foothills, as well as war-torn Afghanistan and Pakistan. At that time, Chen was even turned away from Singapore and Myanmar. Still, he persevered and when he got to France, he and his trusty rickshaw got on a ferry and arrived in London in July 2012.

Chen Guanming doesn't use GPS, only maps and guidebooks. 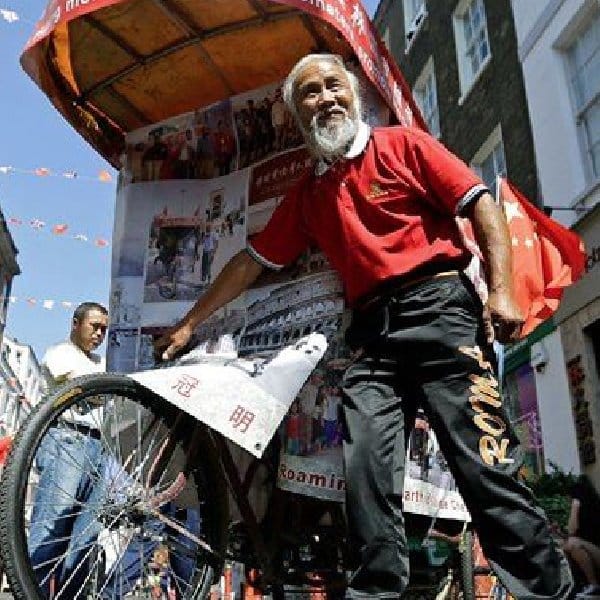 At that time, Chen was awarded a ticket to the opening ceremony of the London Olympics. The Chinese Olympic team also hosted a dinner in his honor. Chen stayed to watch the Olympic Games for a few days, then he had to go back home to care for his father. 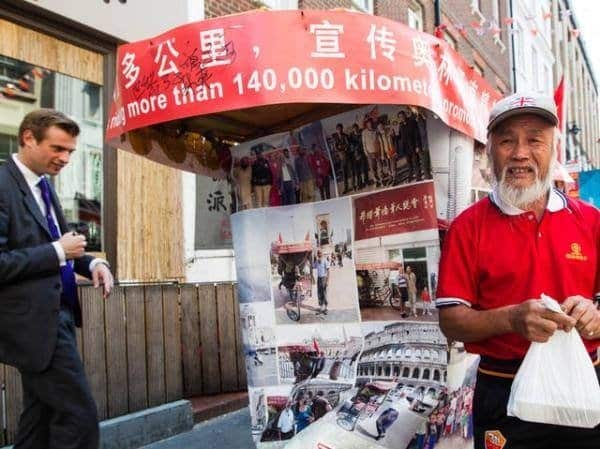 After the London Olympics, Chen set his sights on Rio de Janeiro, Brazil for the 2016 Games. In June 2013, Chen officially began his journey at Shanghai’s Pudong Airport from where he took a British Airways flight via London.

Chen Guanming is happy to get to Rio. 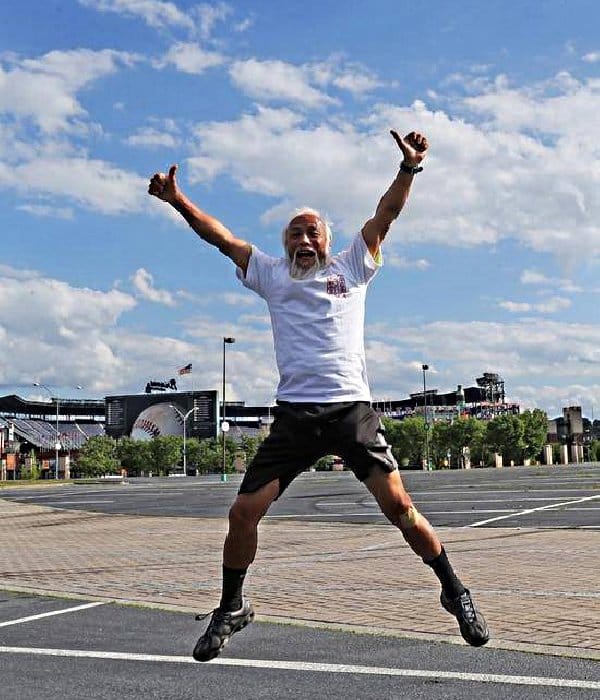 From London, Chen boarded a cargo ship to Halifax in Nova Scotia, Canada. Once there, he traveled by rickshaw. This time around, his route included the U.S., Mexico, and Central America. Chen finally arrived in Brazil earlier this month.

He should get a gold medal for his devotion to the Olympics.

Chen plans to stay in Rio to watch the Olympic Games, which run until August 21. Then, he’ll start planning his next Olympic trip. The 2020 Olympics will be held in Tokyo, Japan. There’s no doubt that seeing Chen and his rickshaw there will boost everyone’s spirits.