Losing an arm can surely be a traumatic experience but somehow, JC Sheitan Tenet of Lyon, France managed to turn things around.

After losing his lower right arm 22 years ago, JC recently acquired a new prosthetic arm that allowed him to pursue one of his passions again – drawing. What’s more, the extremely cool-looking arm doubles as a tattoo machine.

JC worked with artist-engineer Jean Louis Gonzales (Gonzal) to create the first prototype and he recently took it to the Tattoo Motor Show 8, a convention in Devézieux, France – and understandably, convention attendees were instantly blown away!

France-based JC Sheitan Tenet is an armless tattoo artist with a badass tool – a prosthetic arm that doubles as tattoo machine. 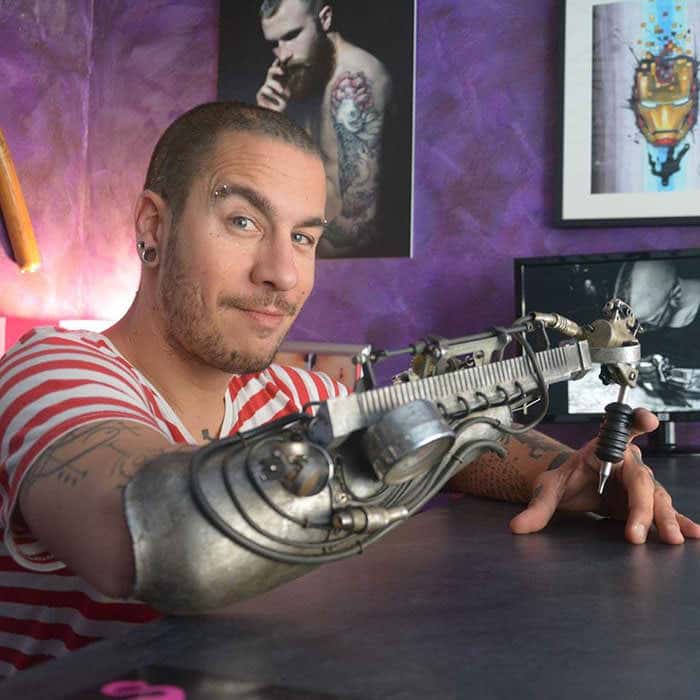 “At the convention, people said ‘What the f*#k is that!? That’s fucking cool!’”

In an interview, Gonzal gave insights on how they started with the project.

“Tenet wanted to draw tattoos with an arm that he’d never used for that before, and I thought it was a great idea to mechanize a prosthetic. The aim was to fix the tattoo machine to an aesthetic version of his prosthetic arm.”

People are always amazed with the robotic-steampunk design of JC’s unique prosthetic arm. 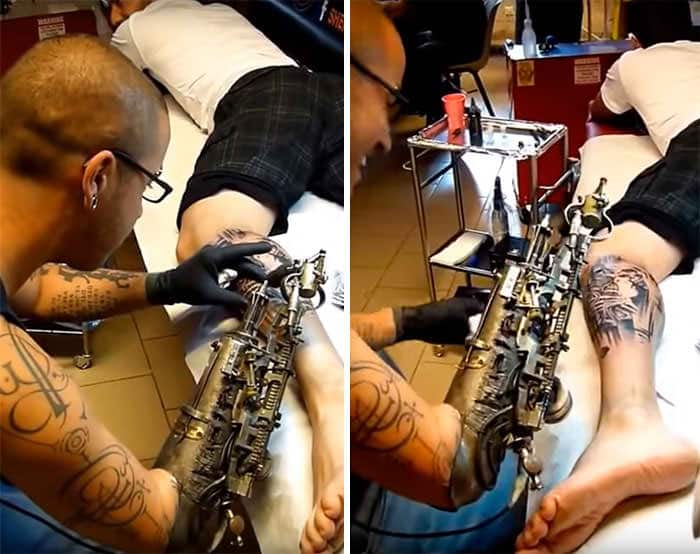 In customizing the prosthetic arm, Gonzal fixed the tattoo machine on it and made sure that it was light enough for JC to use. The finished product looks like something inspired by a steampunk design and turned out absolutely fantastic.

“What started out as a sculpture is now something that I can use. [Gonzal and I] understood that we didn’t have to recreate a hand as a prosthetic; we just had to create a tool that is better than a hand.”

Now how cool is that, right? I’ve never gotten inked before but after looking at this, I’m seriously considering it – if only I could make an arrangement to get a tattoo from this guy, that is!