Joby Rohrer and his family were enjoying their vacation in Hawaii when things suddenly turned in a different direction. You see, while they were swimming, they spotted a whale shark who was clearly needing some help as it was being strangled by a 150-pound rope.

The family thought really hard before doing anything. Eventually, they believed that helping the whale shark themselves was the right thing to do. 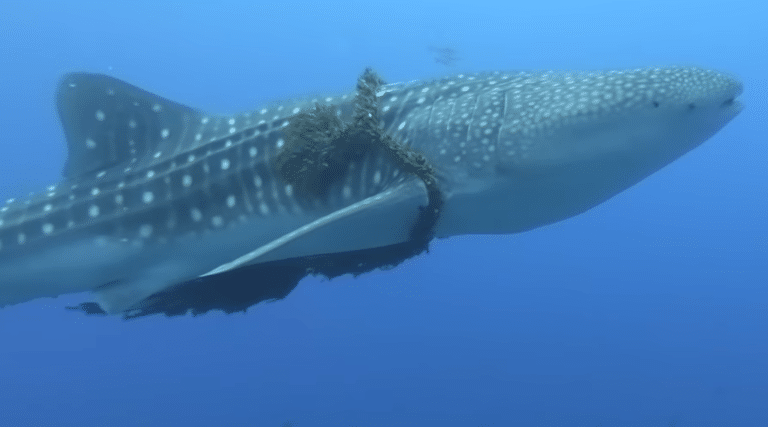 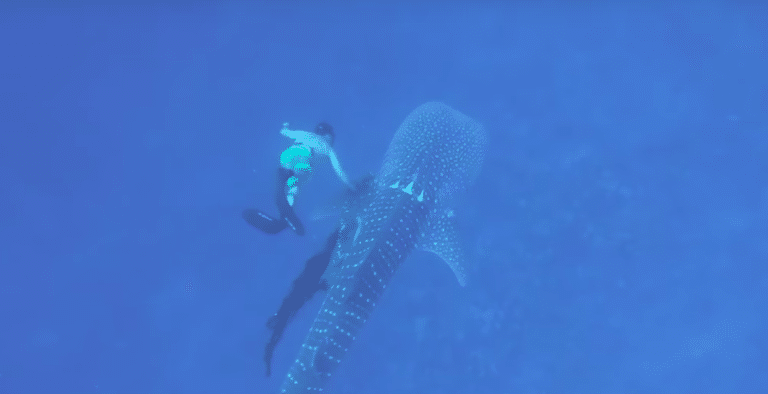 Joby and his wife Kapua Kawelo work for the O’ahu Army Natural Resources Program, and they both felt that stepping in and helping the gentle giant was the best option at the time.

“We know that people don’t necessarily encourage this type of thing, but both of us are biologist. We felt like we were sort of in tune with what the animal was doing and maybe we were meant to be there.” 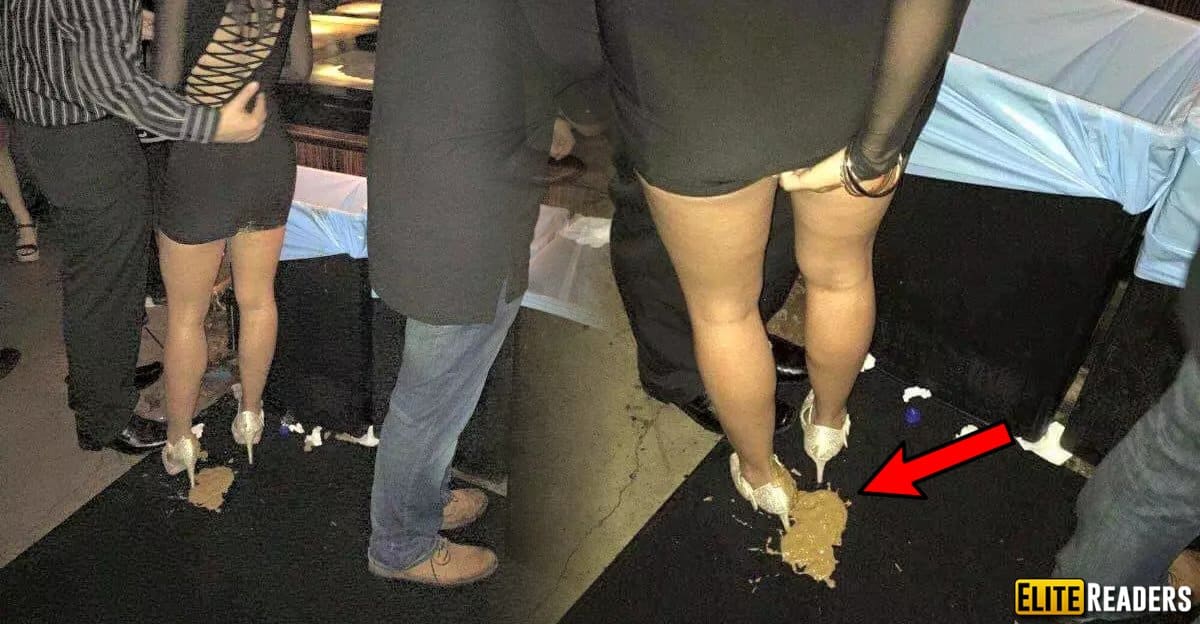 Joby swam down to the whale shark, which was in 30 to 40 feet of water, with a 4-inch dive knife. Their son and a wildlife control manager for Pulama Lana’i also helped them rescue the distraught animal. Despite the lack of equipment, they managed to cut the rope and saved it from more struggle. 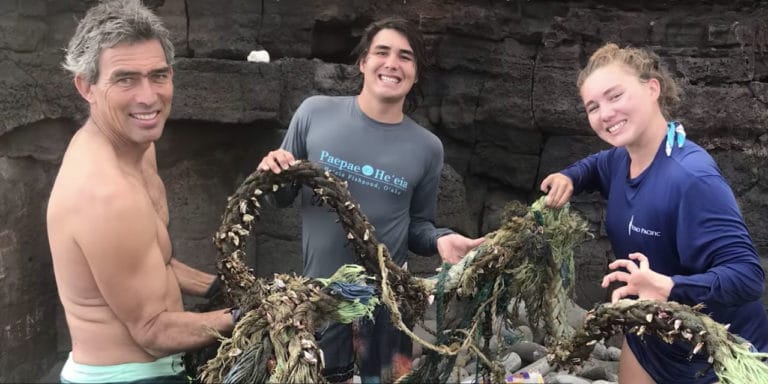 The large rope was cutting into the whale shark’s body and Joby’s heroic actions had saved its life. He said that it was “a good example of [how] the things that we discard can destroy beautiful animals like that so easily.”