When it comes to going the extremes, the Gurung honey gatherers of Nepal are excellent at it. They brave the treacherous Himalayan cliffs to go after the golden harvest. In this area, the world’s largest bees – Apis laboriosa – build their nests.

This honey-hunting has been going on for generations and its beginning is traced way back thousands of years ago. However, the bees and the honey production may not be around for so long with the existence of various threats, including climate change, the increasing demand for the honey and recently – invasive tourists.

Photographer Andrew Newey was able to document Gurung honey harvesters in 2013, making sure that he doesn’t add to the existing problems the bees face.

Honey hunting by the Gurungs of Nepal is a tradition that dates back to thousands of years. 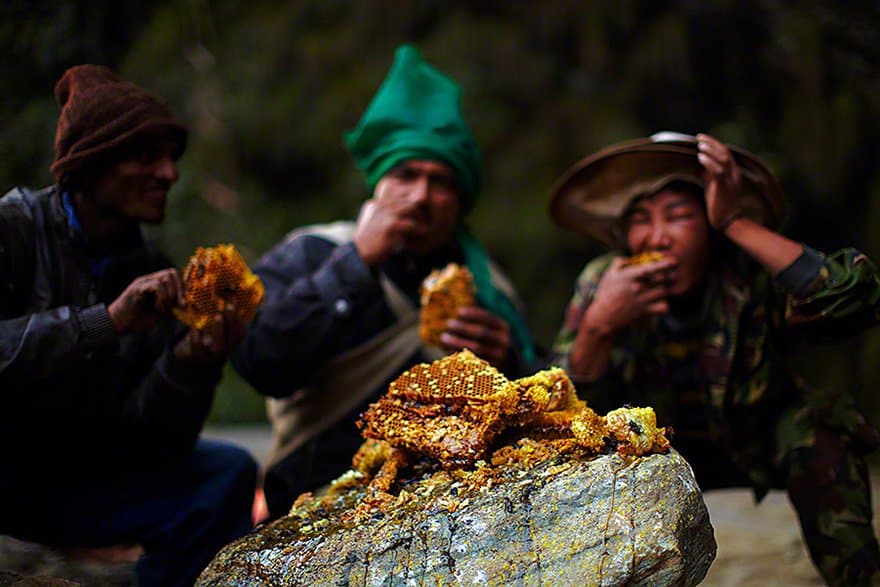 Photographer Andrew Newey documented the tradition before it disappears. 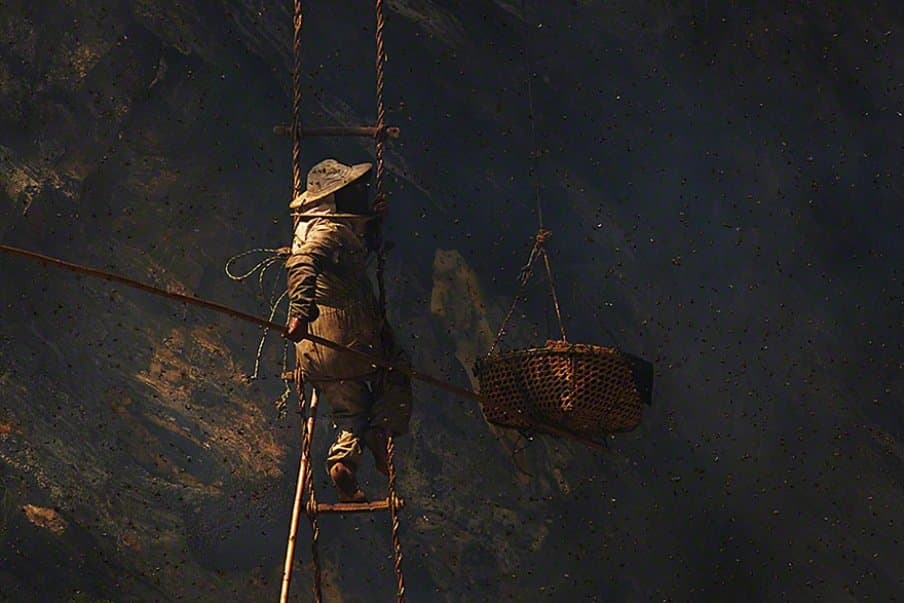 The tradition is extremely risky and sometimes, it can be fatal. 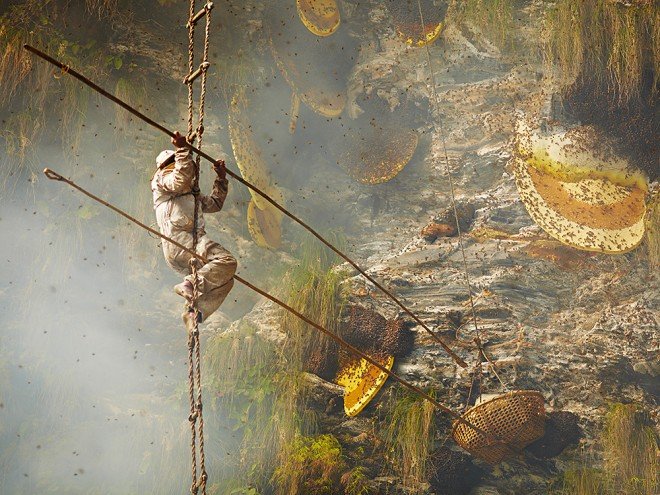 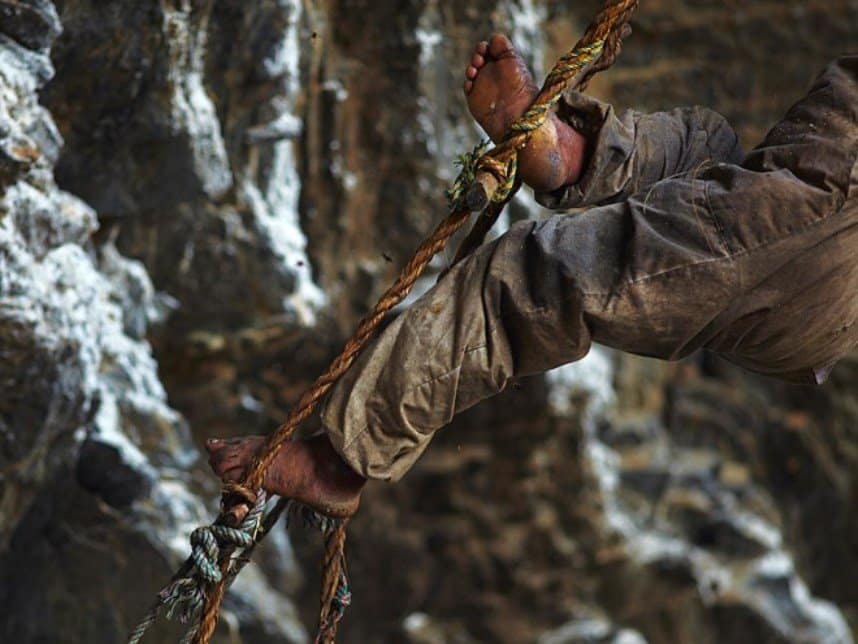 They also brave the 200 to 300-ft high cliff with only the help of a hand-woven roper ladder. 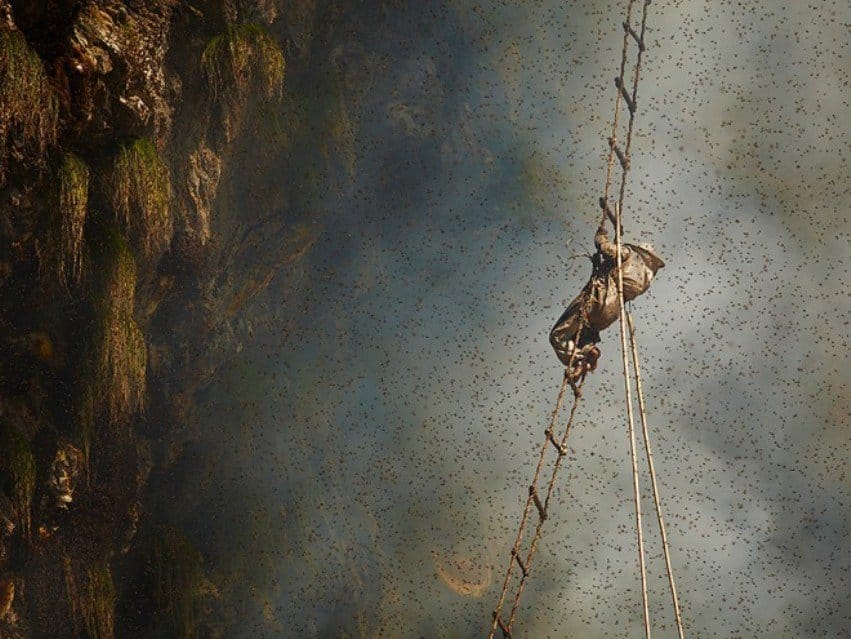 Bees are sedated with smoke but some hunters have learned to endure the bee stings. Once the combs are collected into a basket, they are then lowered and received by another team from below.

The cliffs where the hives are used to belong to the Gurung people. However, the government is making the site available to contractors, who will try to exploit the honey as much as possible. This contributes greatly to the decline in bee population.

There are also trekking agencies that take advantage of tourists wanting to explore the area. These agencies pay off hunters to conduct hunts during inappropriate times so they can sell it or offer them to tourists.

Responsible honey gatherers only collect honey in spring and summer. 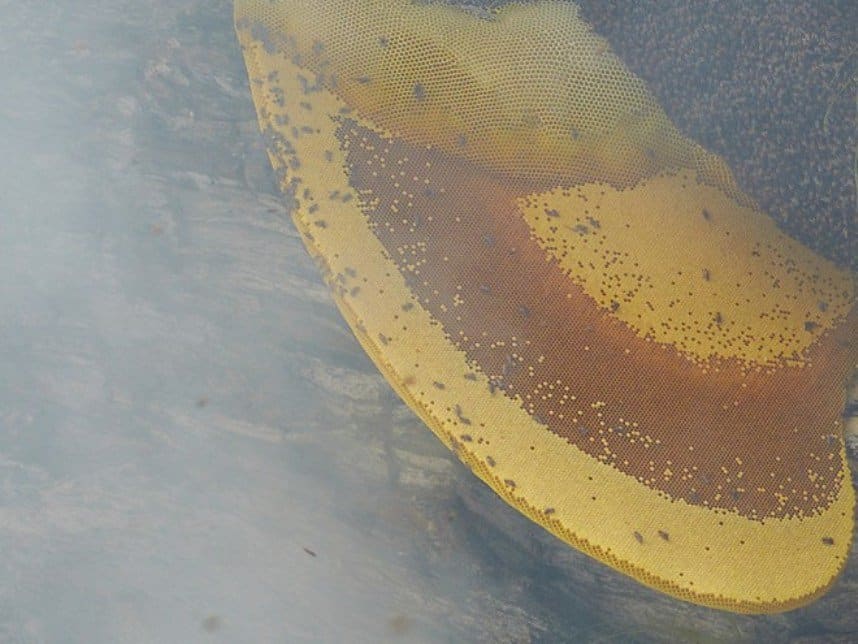 Honey-hunting also involves a religious ritual, in which the hunters offer a sheep as a sacrifice before they embark on a journey. They believe that pleasing the mountain gods will help make the harvest safe and successful. 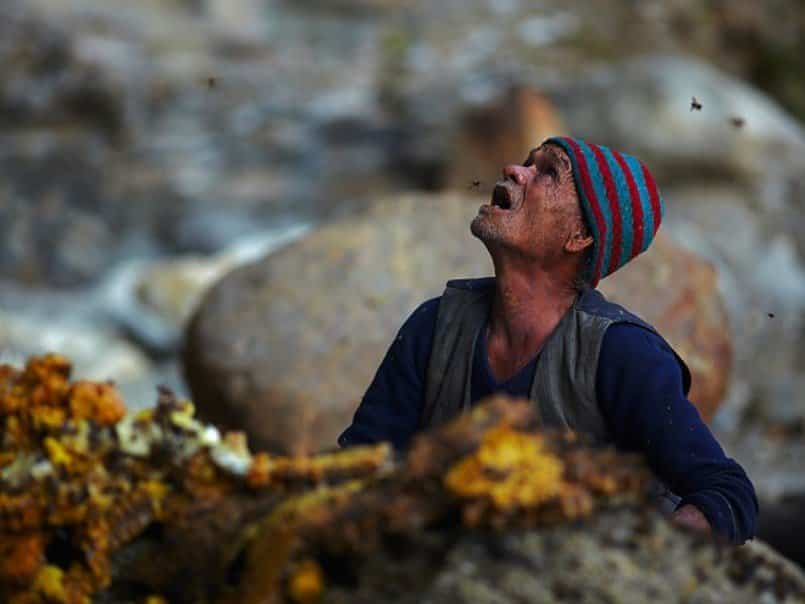 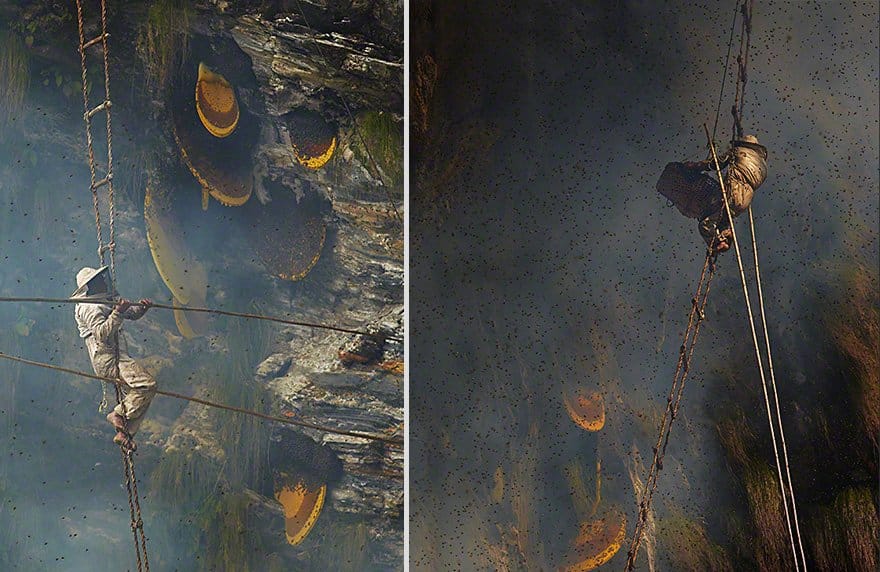 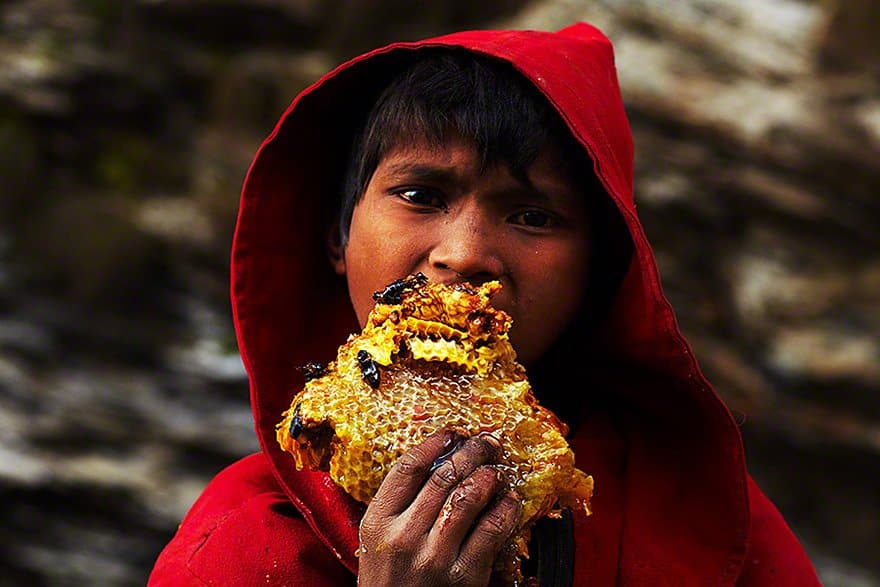 The villages in the area usually use only autumn honey for their tea, but spring honey is the most popular. It is red in color and is widely used in Japan, Korea and China for its medicinal properties.