Who would have known that one woman’s simple act of kindness would change a homeless man’s life for good? This recently happened on Manchester, England where the woman, who calls herself Bev, spotted a homeless man sleeping out in the cold at a bus stop.

Bev decided to visit the nearby Baguettes of Broadway, a sandwich store, and talked with them about it. She gave them £15 so they can serve the homeless man breakfast and hot drinks for one week.

Shop owner Ciaran Egan took it to himself to share about the heartwarming deed on their Facebook page. 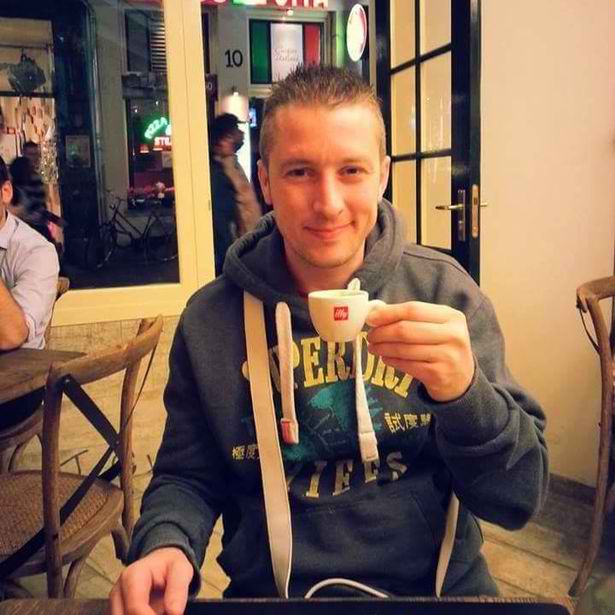 “Today we have had a lady come into our shop and asked if it would be OK to pay £15.00 on a tab so that the homeless man that she has seen sleeping at the bus stop on Broadway could eat for the rest of the week. Obviously we accepted this and will be making him full meals all week. I don’t know this ladies full name only that’s she’s called Bev. It touched my heart and thought she should have some recognition for her kindness. It doesn’t take much to help somebody when in need so we will be doing this at cost price so he gets more meals for the donation from Bev. Please can we share this post and get more people helping others that never ask for anything.”

The touching post eventually went viral, attracting thousands of comments and shares from netizens across the world. 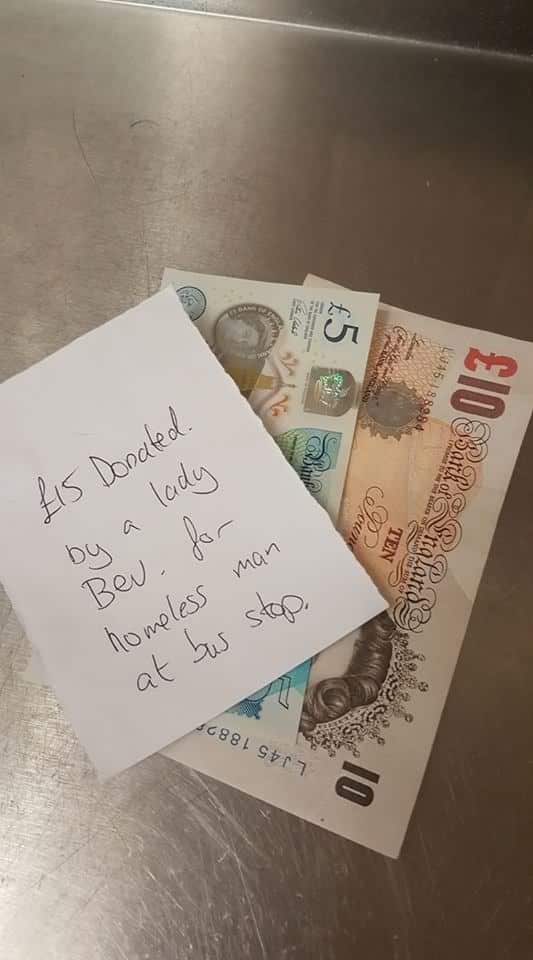 However, the story didn’t end there as Bev later realized that the homeless man looked a bit familiar to her. He was indeed the brother of a former work colleague!

“Just a little update on post yesterday we have had Bev in our shop this morning and here is what happened in the last 24 hrs all down the to kindness of one person and one simple Facebook post.

“Whilst chatting, and getting information, Bev realized she actually knew of his family and where they’d moved away to. She has been able to make contact with them they drove a very long way and he was picked up this morning and is now safe with a family member and a roof over his head.”

Amazingly, other netizens were so moved by the story that they even started a fundraising page to help the man get back on his feet.

“It just shows this world is a small place and we all need to look out for each other no matter how big or small.”