“Great things come in small packages.” Much like this awe-inspiring
story about how a simple act of kindness changed a person’s life. Exactly what this world needs–what we all need.

When a homeless man named Marcus walked inside Abi’s Cafe in Minneapolis, Minnesota, he was only hoping to ask for some money. What he did not realize though was how that exact moment can alter his life forever, including the lives of other people.

Cesia Abigail Baires, the 25-year-old cafe owner could have instantly asked the stranger to leave but she did not.

What followed next, rather was a remarkable conversation between the two. 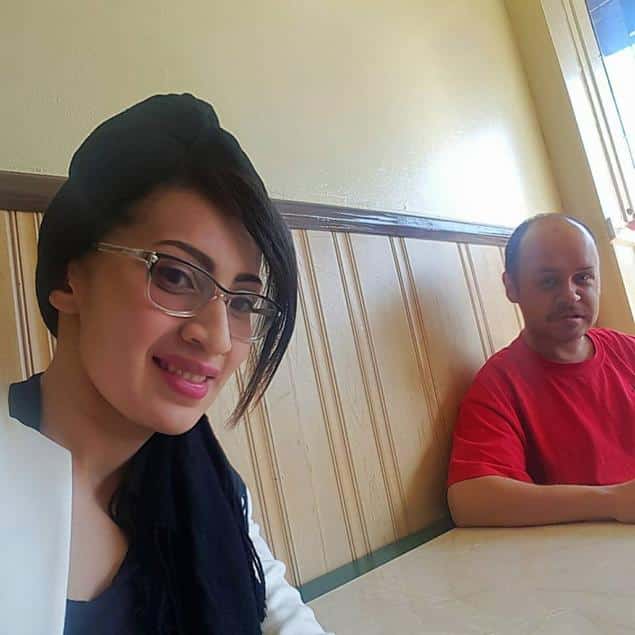 “Why don’t you have a job, you know nothing is given to me for free right?”she asked.

“Well, I have a lot of felonies and no one wants to hire me for that, so now I had to turn myself to the streets and get money the only way I know, stealing and asking for money?” he replied bowing his head down.

The cafe was understaff that day and she also needed a hand so the kindhearted owner decided to offer him a job. 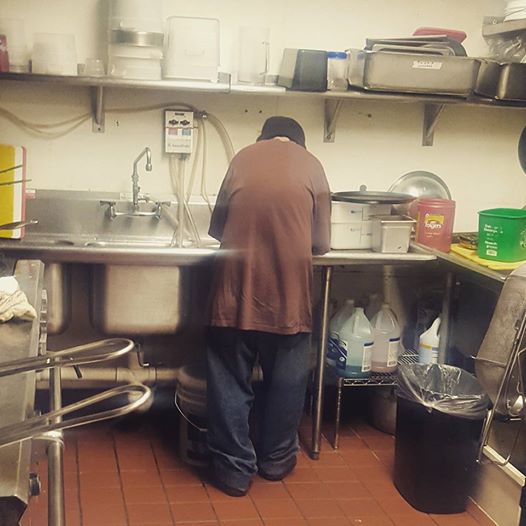 “I will do anything for food,” he replied with a big smile on his face, overwhelmed for the second chance given to him.

That made Baires’ day too coupled with some realizations.

“We don’t know their situation… some deserve another shot. God gave me this blessing so why can’t I bless others?”she said.

On the other hand, Marcus has been working in the cafe since and has never been late for his 2-hour shift, Baires added. His tasks include washing dishes and taking the trash.

In a Facebook post, she recounts their meeting including Marcus’s story with his photo which has since gone viral. 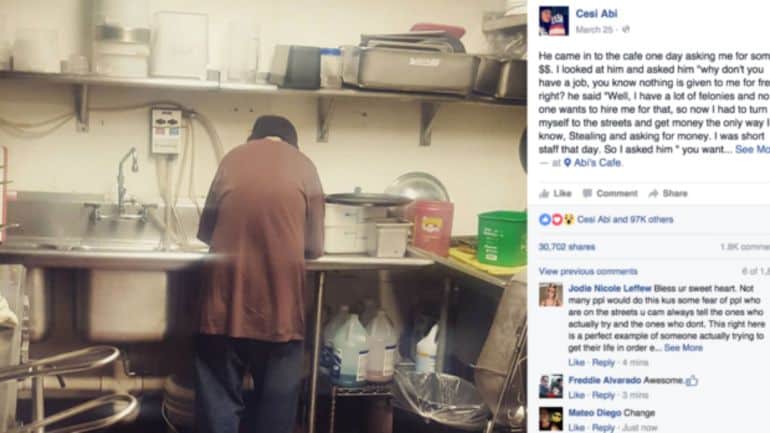 While many are saying that Baires was a blessing to him, the cafe owner was quick to comment that it was the other way around–that it was her who needed a blessing.

“Just like Marcus, I had my help,” Baires explained. “I had plenty of people to help make it to where I am today. They believed I could do it. People need to have someone believe in them.”

She remembered one instance when she offered him a sandwich but instead of eating it, Marcus decided to pay it forward by handing it to another person.

“That really touched me,” Baires said.

Humanity at its best. Only goes to show too that everyone deserves a second chance. These stories about kindness, sharing and paying it forward should live on. Truly inspiring!