You may consider yourself a brave person but believe me, you’re not as brave as this guy. As you can tell from the headline above, yes, this is that epic moment when a guy took it upon himself to hand feed four wild crocodiles.

Sounds hard to believe, you say? Well we have the footage to prove it so feel free to see for yourself.

What a total badass! 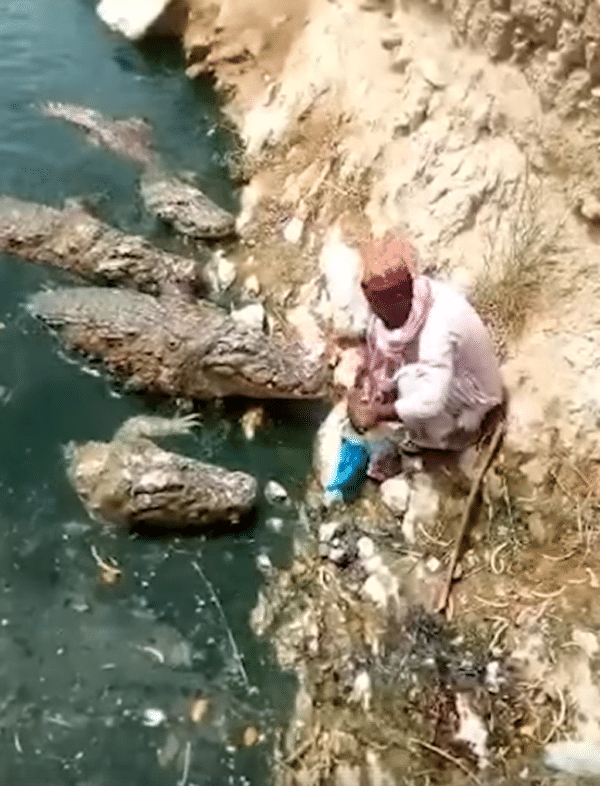 Despite the scary reputation of crocodiles, this guy clearly isn’t afraid of them.

Just look at how he calmly hands the creatures their food without fearing for his life – or his hands. 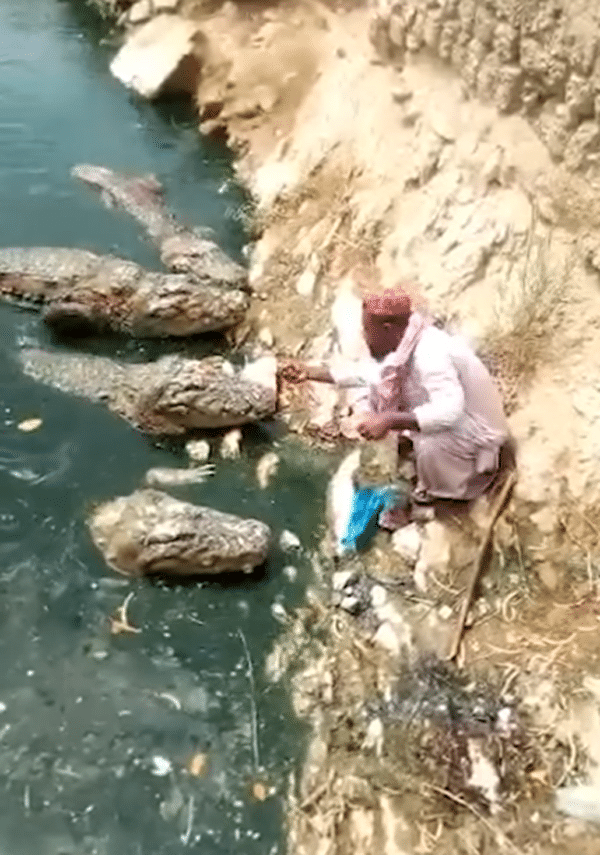 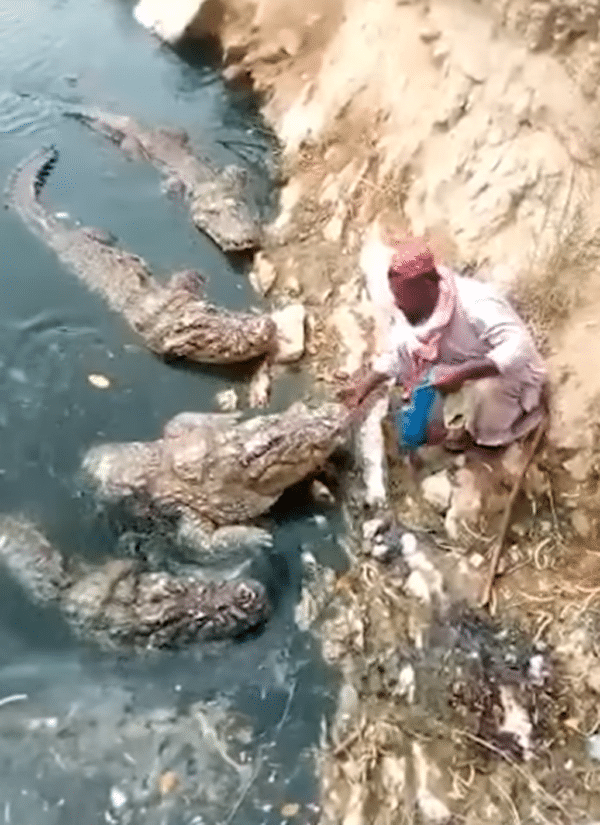 Needless to say, netizens are amazed with the man’s bravery! 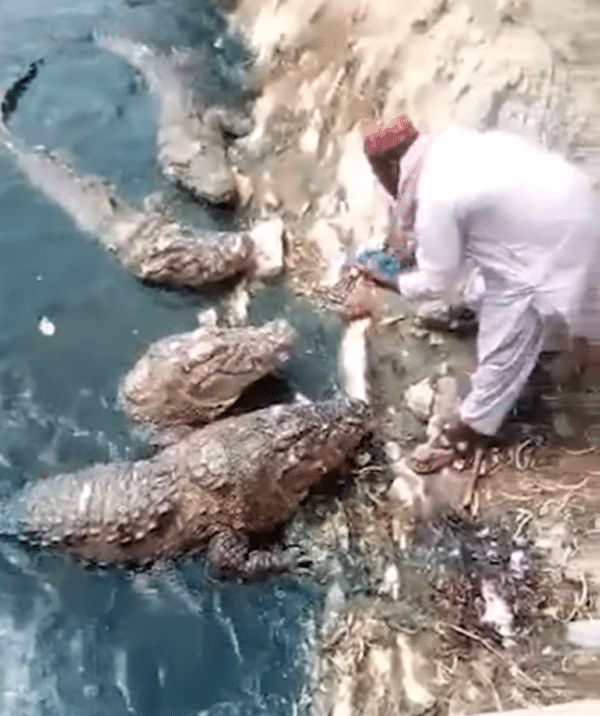 The crocodiles are tame and sacred, according to a local.

In a Unilad post, we learn it was Maksims Grudinins who sent the video.

“In the African village of Sabu, the state of Burkina Faso, tourists can safely pat the crocodile and take a picture next to him.

“This is possible, because the crocodiles in this village are sacred, and their inhabitants are full of food. The place where the ‘tame’ crocodiles are found is called the Crocodile pond. Living in it crocodiles, local residents consider the guardians of their destinies. It is believed that if a villager lies, the crocodiles must know about this and eat the cheater.”

Not your ordinary crocodiles! 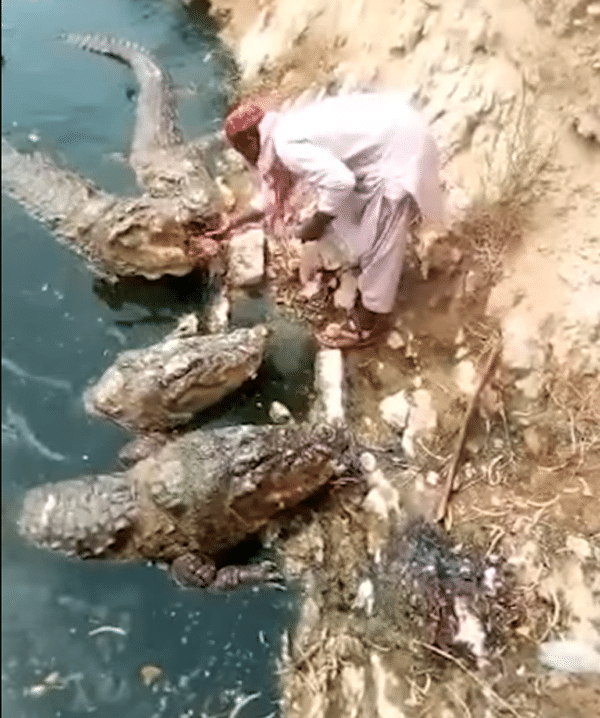 “Earlier, people suspected of lying to people even offered to stand by the water so that the ‘wise’ crocodiles decided whether the charge was justified. However, usually the one who really lied preferred to leave the village than to stand in front of the pond.”

I really don’t know about that but personally, I, too, would instead leave than be anywhere near those crocs. I think I’ve seen enough horror movies to make good life decisions!