The Germanic tribes of ancient Europe were often portrayed as savages. After all, they had regular clashes with the Romans back in the day. However, there was so much more to these tribes than people originally expected. The ancient Germans also traded with the Romans on a regular basis. Not surprisingly, most archaeological discoveries found that they were always interconnected.

Some excavations were not planned. In 2017, a Protestant church in Cologne did some digging in hopes of building a community center. Instead, they found the remains of the oldest Roman library in Germany, dating back 1,800 years ago. Here are six Germanic excavations with surprising results. 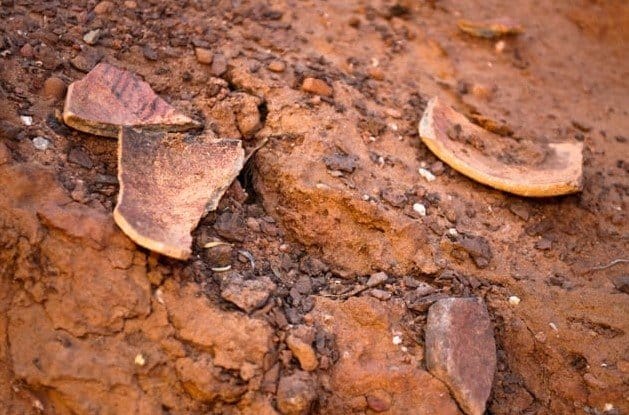 The ancient Germans may have clashed with the Romans but that doesn’t mean they didn’t learn from their enemies. A Germanic excavation in the Osice region of Eastern Bosnia revealed that the ancients made bronze pottery and adopted Roman techniques.

The site also offered a glimpse of the burial rituals for common folk who didn’t go to war with the Romans. The findings showed that certain objects were usually added to the graves after they were buried. This is similar to us leaving flowers on a loved one’s grave.

2. The Body Pits Of Kalkriese 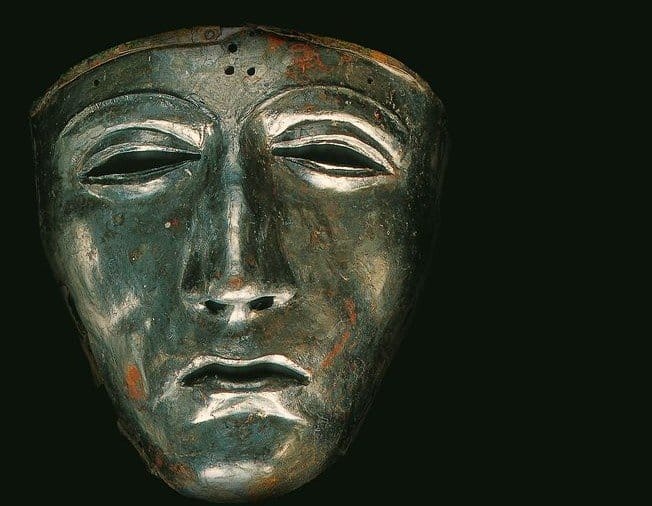 The Battle of Teutoburg Forest is noted as one of the bloodiest battles in history where the Germans managed to defeat three Roman legions in just three days. Interestingly, the massive body pits uncovered at the village of Kalkriese may have revealed how they did it.

The body pits are believed to be pitfalls that trapped the Romans, as evidenced by a Roman soldier’s face mask found in one of the pits. The Germanic chief named Arminius was reportedly trained by Roman forces so he used his knowledge to ambush his enemies.

3. The Battle Memorial In Alken Enge 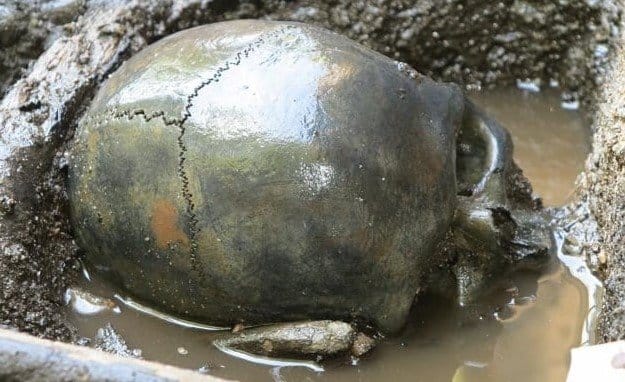 The discovery in a sprawling wetland in Denmark may have confirmed that the people often referred to as “barbarians” by the ancient Romans were more than just savages. The area, which was once believed to be a battlefield, yielded remains that were somehow ritualistically buried.

But does this mean that these people died in a different place and their remains were taken to Alken Enge for the burial ritual? Scientists need to do more diggings but strongly believe that the ancient Germans considered the bogs a sacred place. 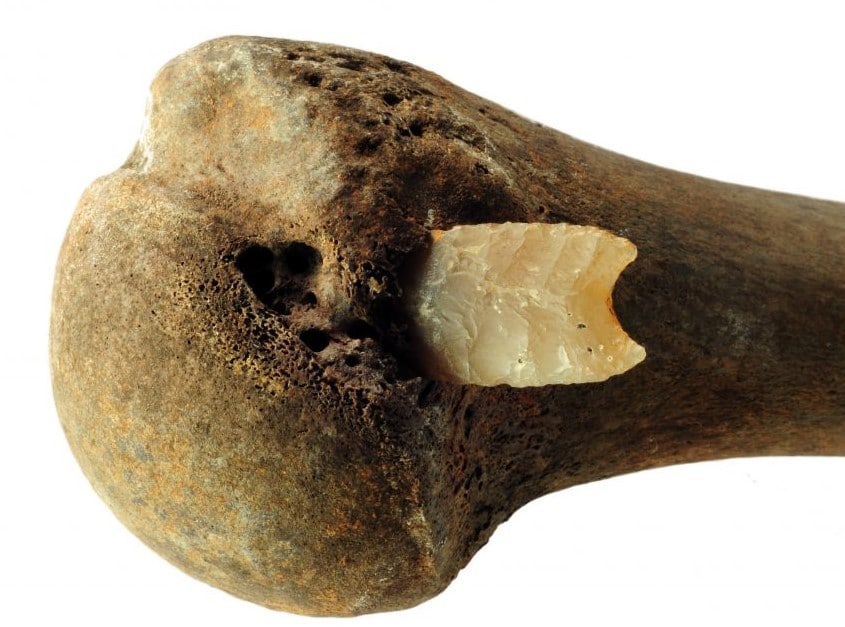 Although the remains found in Denmark were buried in a ritual, the same cannot be said about the bones that were unearthed in Germany’s Tollense Valley. There are hundreds of bones strewn around in what appeared to be a huge battle. Scientists believe the massacre took place sometime in 1250 BC.

Interestingly, the Germanic tribes were able to inflict mortal blows using rudimentary weapons. They employed wooden clubs and flint arrows. Nevertheless, the attacks were brutal, as evidenced by how the weapons were still stuck in the bones after 3,200 years. 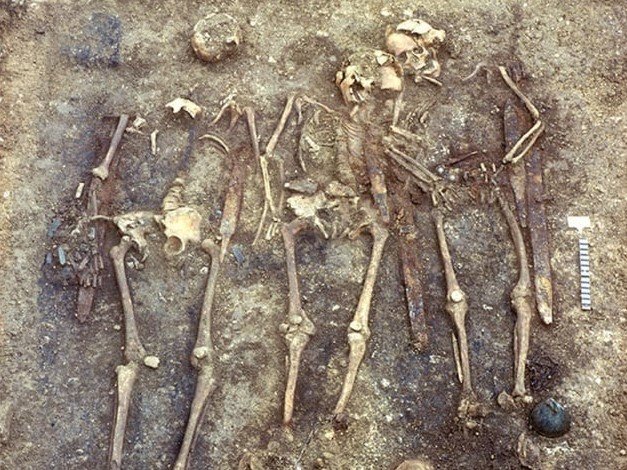 A Germanic tribe that once lived in the southern German city of Niederstotzingen is changing history. Genetic analysis of eight remains found in a medieval grave has revealed that three were not related to their companions.

So how did these strangers end up in a Germanic grave? Scientists believe the tribes adopted children from other tribes and trained them to become warriors.

6. The Amphitheater Of Mainz 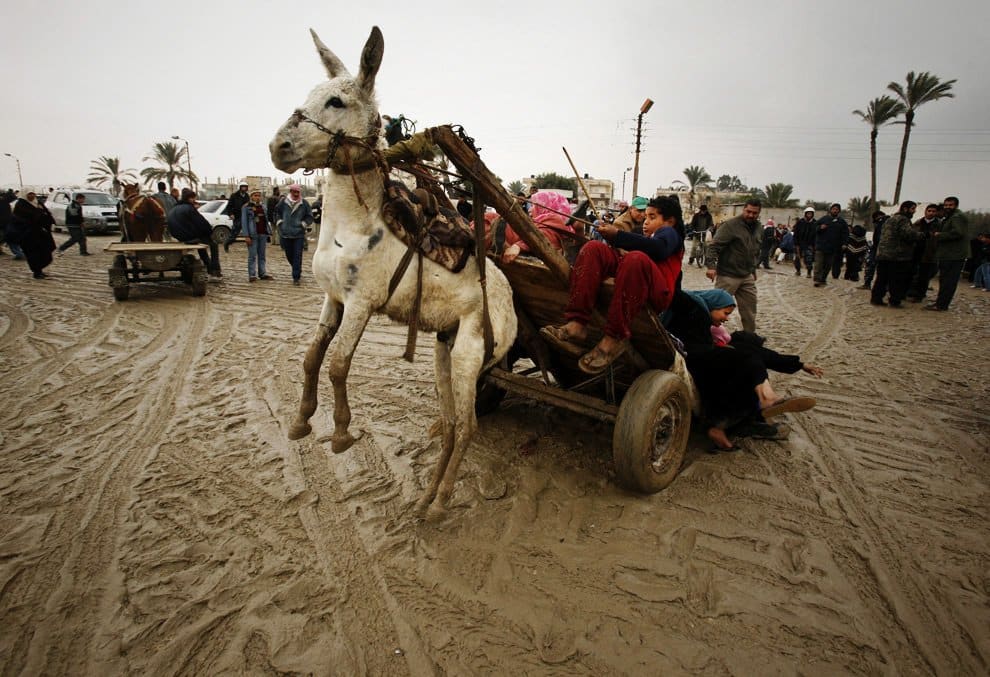 Mainz was once known by its the Latin name of Mogotiacum under Roman occupation. Naturally, Rome’s most important city in all of ancient Germania was also home to a magnificent amphitheater that was the size of roughly 1.5 football fields.

The amphitheater is currently a tourist destination and has even been used for live performances. It is also proof that great things can be accomplished once the Romans and the ancient Germans worked together.