Riding the bike is increasingly becoming popular around the world. We’re not talking about leisure cycling here because we know it is already a popular hobby or sport. What we are pertaining to is cycling as a way of life — cycling to the grocery store, to a weekend house party or even to work.

However, there seems to be one problem: it is quite dangerous to ride the bike in big roads, especially in intersections.

Although cities have come up with bike lanes, intersections seem to mean that biker protection has ended. In order to encourage more people to use the bike, it is important to pay close attention to those twisty intersections.

In Davis, California, U.S., people have started to use what is dubbed as the “Dutch junction.” It is a road strategy that makes intersections safe for bikers.

This is the Dutch Junction road plan. 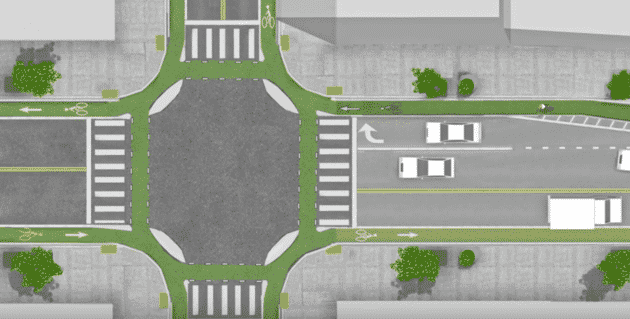 The Dutch junction provides protection no matter where bikers opt to go — left, right or straight ahead. The design includes four islands near each corner of the road intersection. Through this, cars are prevented from entering through the pathway of the cyclists, specifically those turning right.

The design also pushes cyclists to travel straight and to stay in places where car drivers are able to see them — out of the blind spots.

“A network is only as good as its weakest link,” says Dutch consultants from Mobycon.“In the street network, intersections are the most troublesome places.”

So far, the Dutch junction has fared well in the area. 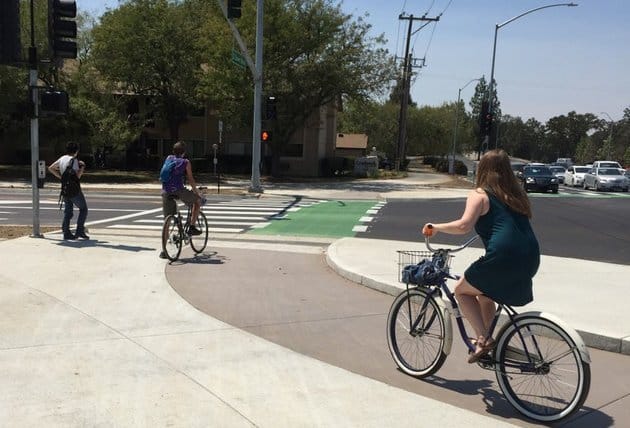 Although very simple, it is clever and really addresses the specific problem of bikers.

Soon, Austin, Boston, and Salt Lake City may also use the Dutch junction as reports say their versions are already in the works.

“No one died. No near misses. Nothing even close,” says the Davis Enterprise on the first day of the Dutch junction in the area. “Just history in the making no one seemed to notice.”

The Dutch junction has been a standard in the Netherlands for years. It is only recently that the first of it’s kind has been installed in the U.S.

Davis is now looking at achieving 30 percent bicycle ridership by 2020.