If arachnids give you the willies, stop reading now!

However, if you adore these creepy-crawlies, you may be interested in knowing the new species is actually a mutated form of funnel-web spider.

Normally, the venomous funnel-web spider, Hadronyche modesta, is jet black in color and grows up to 5cm. in size. These eight-legged creatures accessorize with a pair of large, wicked-looking fangs that shoot fatal venom into their victims, bringing on nausea, vomiting, confusion, extreme hypertension, muscle spasms, unconsciousness, and eventually, death.

Not something you would want to cross paths with. 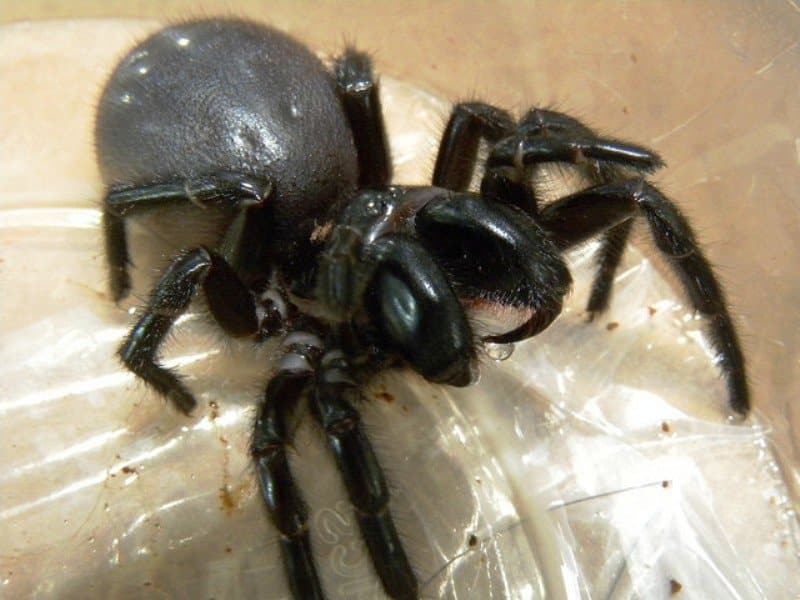 Thankfully, an antivenom has already been developed to deal with death by spider bite. But still, you may want to avoid this deadly arachnid at all costs.

Now imagine, the funnel-web spider mutating into an even more gruesome species, this time sporting one black fang and one red fang, like it couldn’t decide which color lipstick to wear that morning.

"This is the new ombré fang style, didn't you know?" 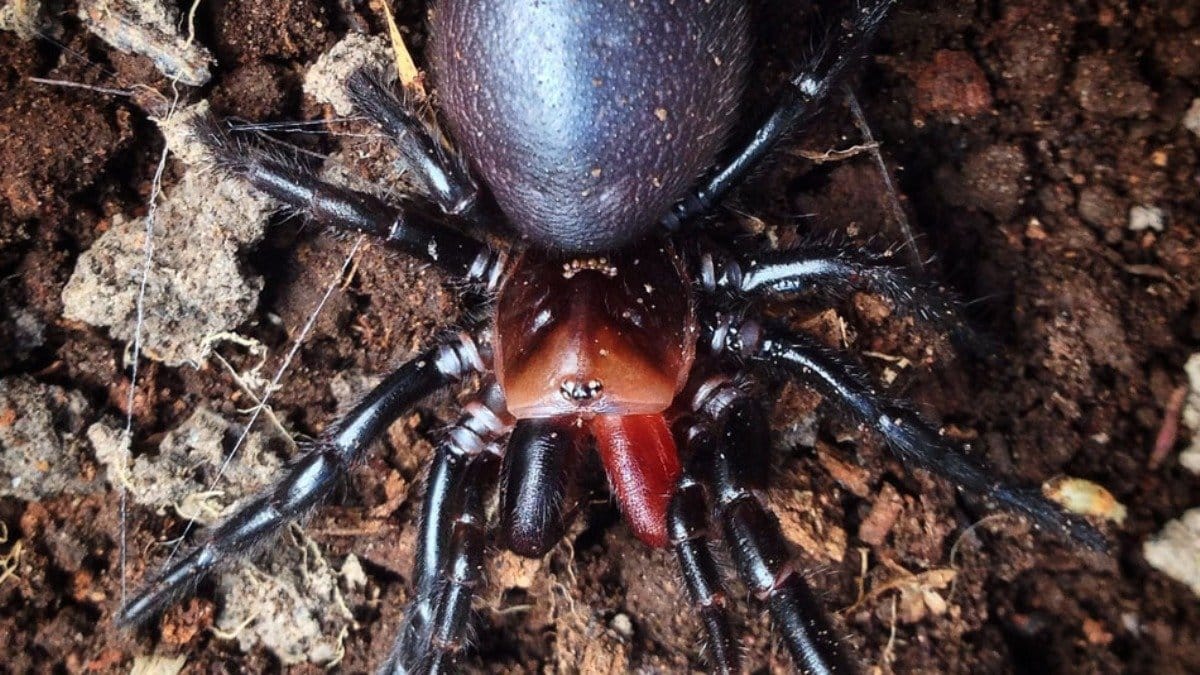 The mutant spider has been seen in Australia, in the Tallaganda State Forest of New South Wales, just southeast of Canberra.

Scientists describe the newly-discovered funnel-web variant as “beautiful,” and the specimen they discovered may represent a whole new kind of funnel-web spider species to enter into the record books.

A devastatingly unique look to die for. 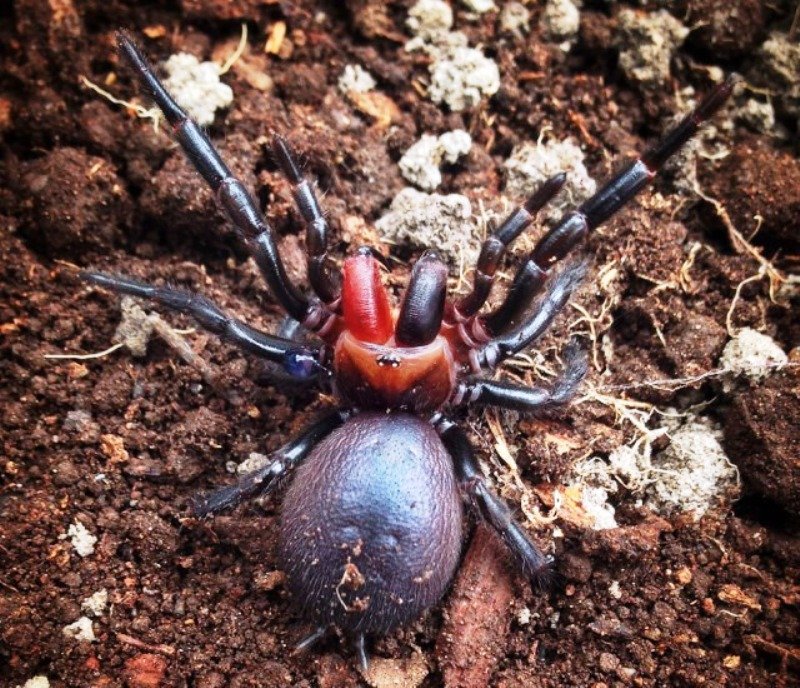 Potentially a member of the X-Men, the mutant spider is currently undergoing genetic testing to determine whether it belongs to a whole new genus under Class Arachnidae, or is simply a one-act freak of nature.

Further, it was revealed the single-red-fanged mutant funnel-web specimen was upwards of 30 years old, which is, according to one biologist who examined the spider, the maximum limit of an arachnid’s age.

This funnel-web is positively ancient! Also female. And a fighter.

“You dare challenge my spider-fu?”

So if you’re off on a vacation to the big, brown land down under, add the mutant funnel-web spider to your list of dangers to avoid, alongside sharks, snakes and crocodiles. 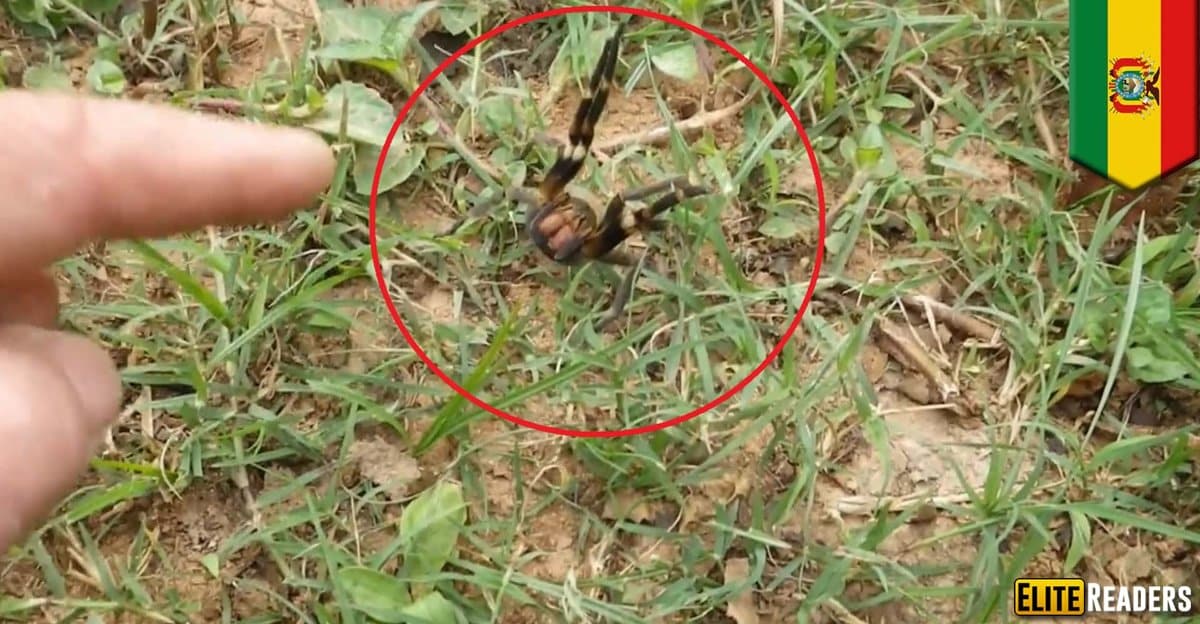