When we were still kids, parents would make sure that we had everything we needed before going to school – one of which was our lunch bags. Dominick, a dad hailing from California, is among those parents who take pride in preparing lunch for their kids. But mind you, he does it in a very different way.

For over 4 years, Dominick has been drawing on his son’s brown paper lunch bags. And mind you, his drawings are a work of art. According to him, he has managed to decorate more or less 550 bags. It is really amazing how passionate and determined he is.

Although his son is already in middle school, Dominick still continues to prepare and decorate his lunch bags. There was even a time when he decorated all lunch bags for his son’s soccer games when it was their turn to prepare snacks. For other people, breakfast might be the most important meal of a day but for Dominick, it is, without a doubt, lunch!

Check out the drawings below and be inspired by his creativity!

For more than 4 years, Dominick has been decorating his son’s lunch bags when he takes him to school. 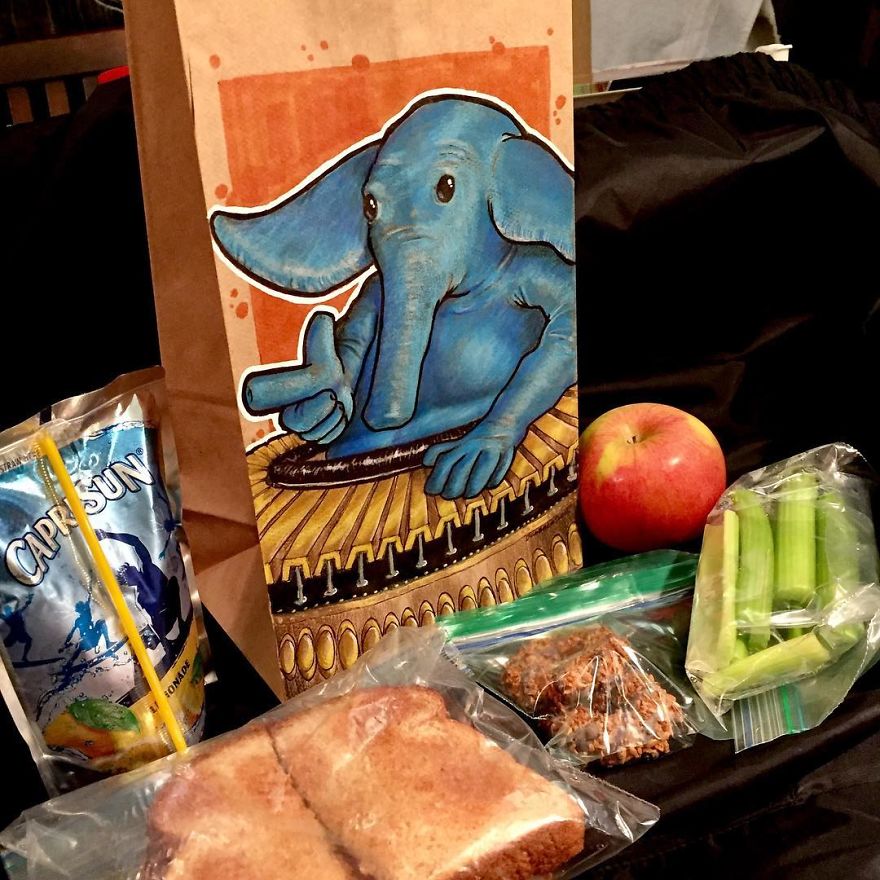 He has managed to decorate around 550 bags. 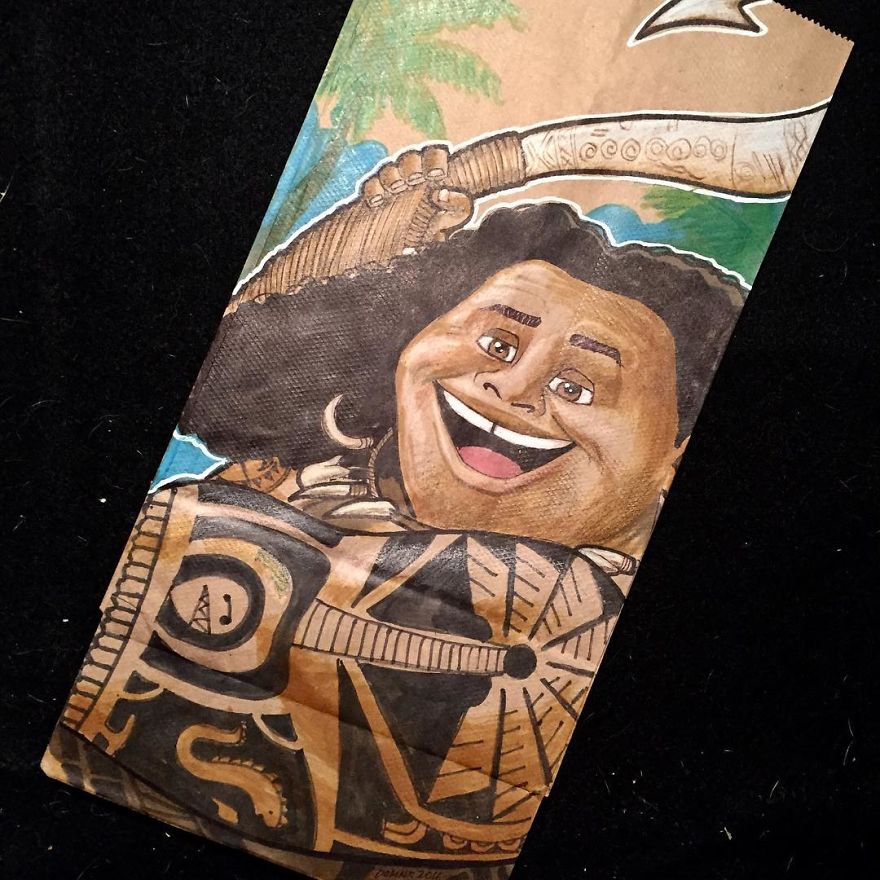 And yes, he is not slowing down anytime soon. 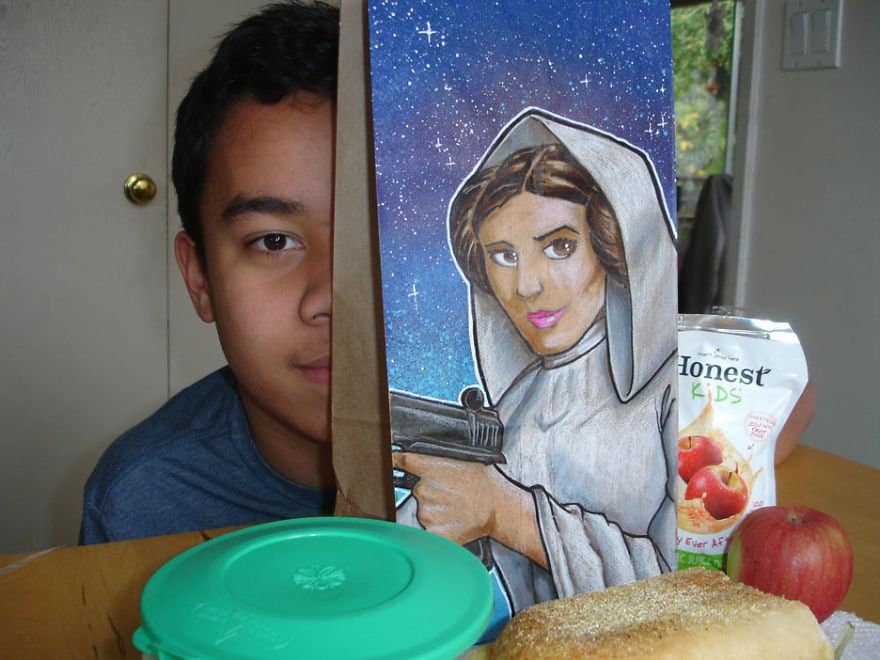 Dominick admits that his son is an introvert and is shy about making new friends. 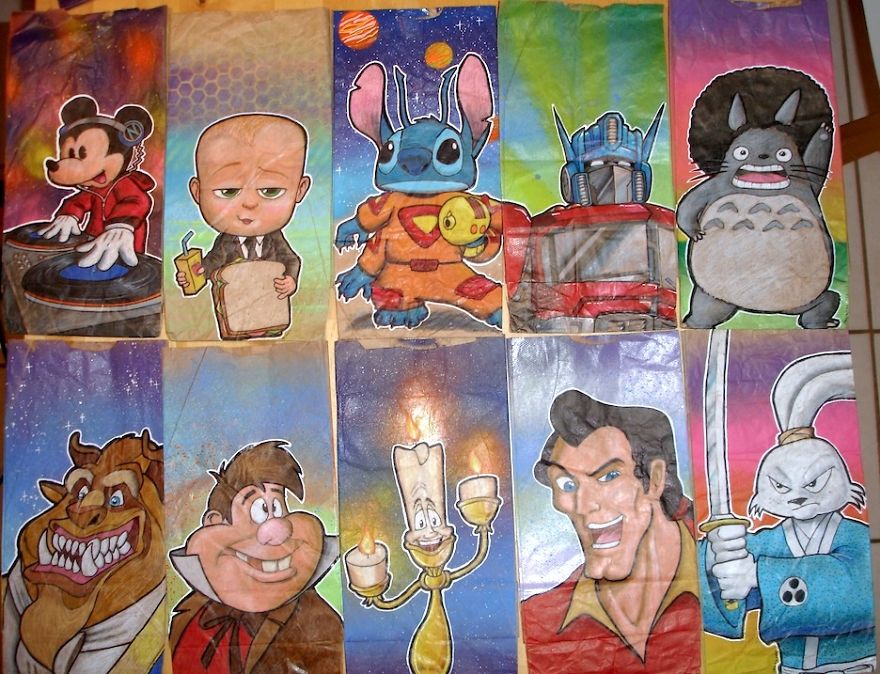 This gave him the idea to draw stuff on lunch bags to help the boy break the ice. 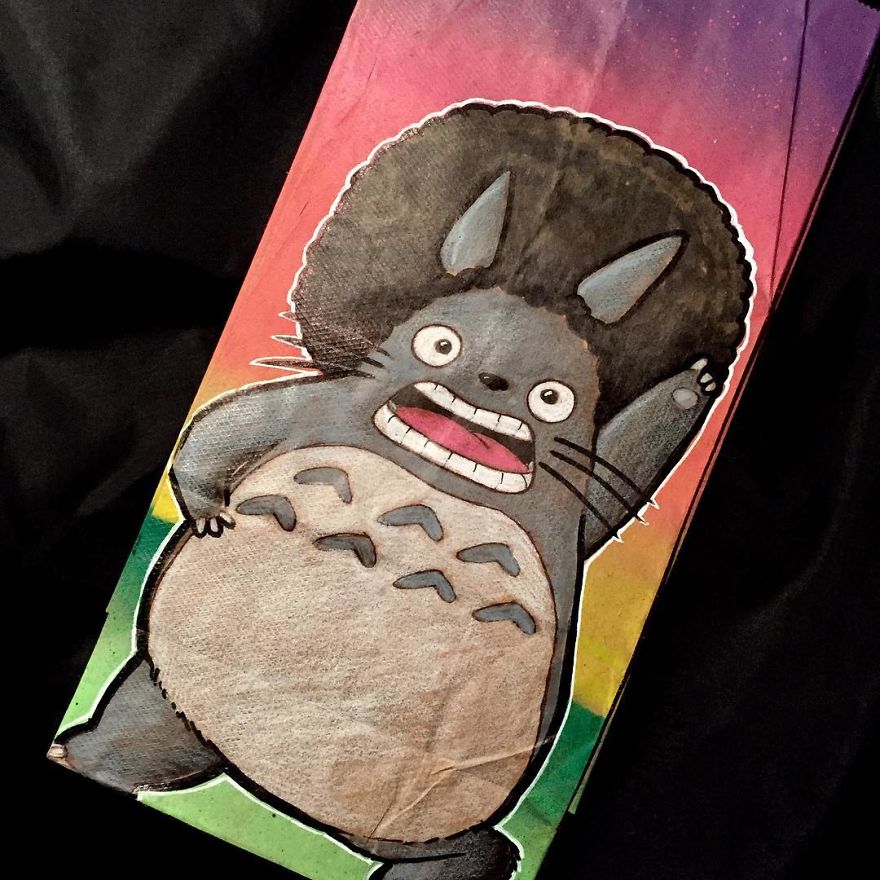 He believes that the artworks should somehow get conversations going. 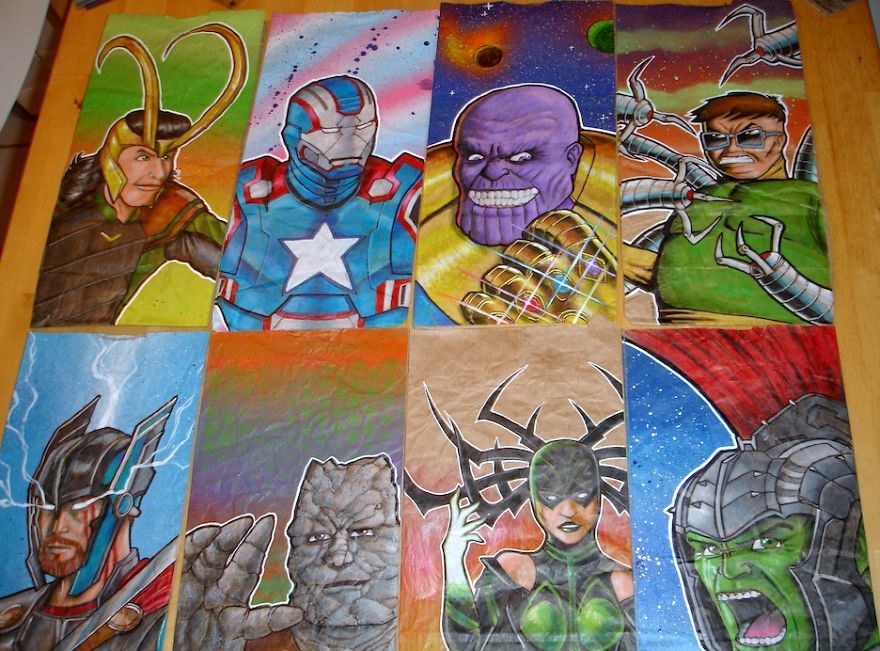 And voila, it worked! 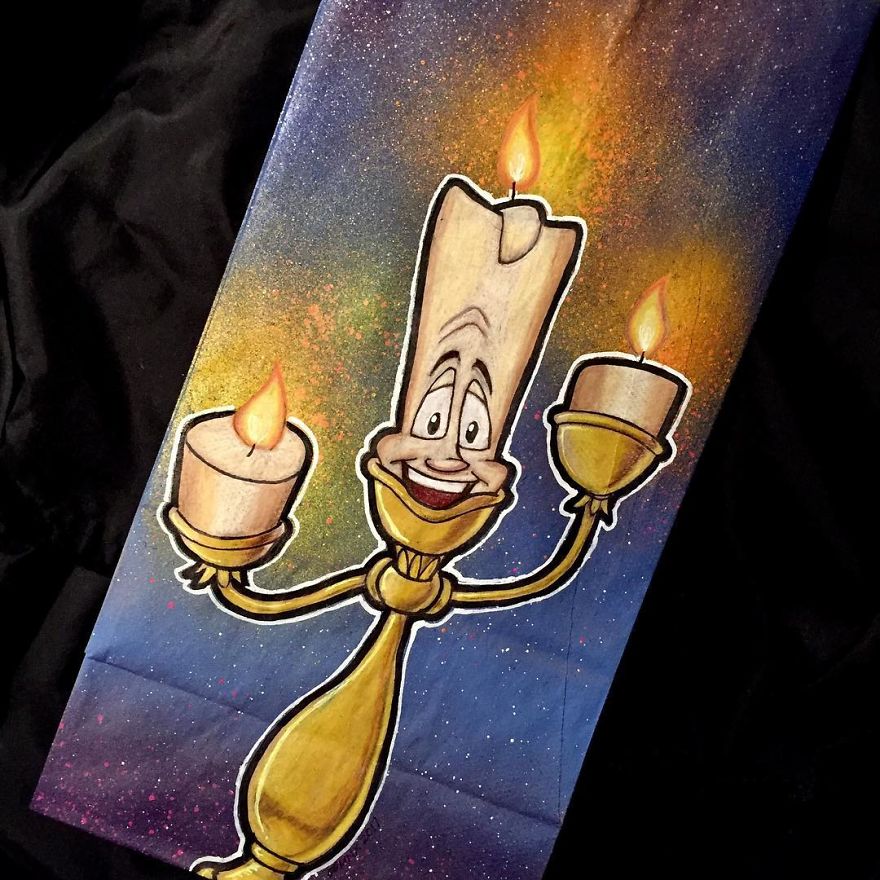 Kids would line up and ask him who did the artwork. 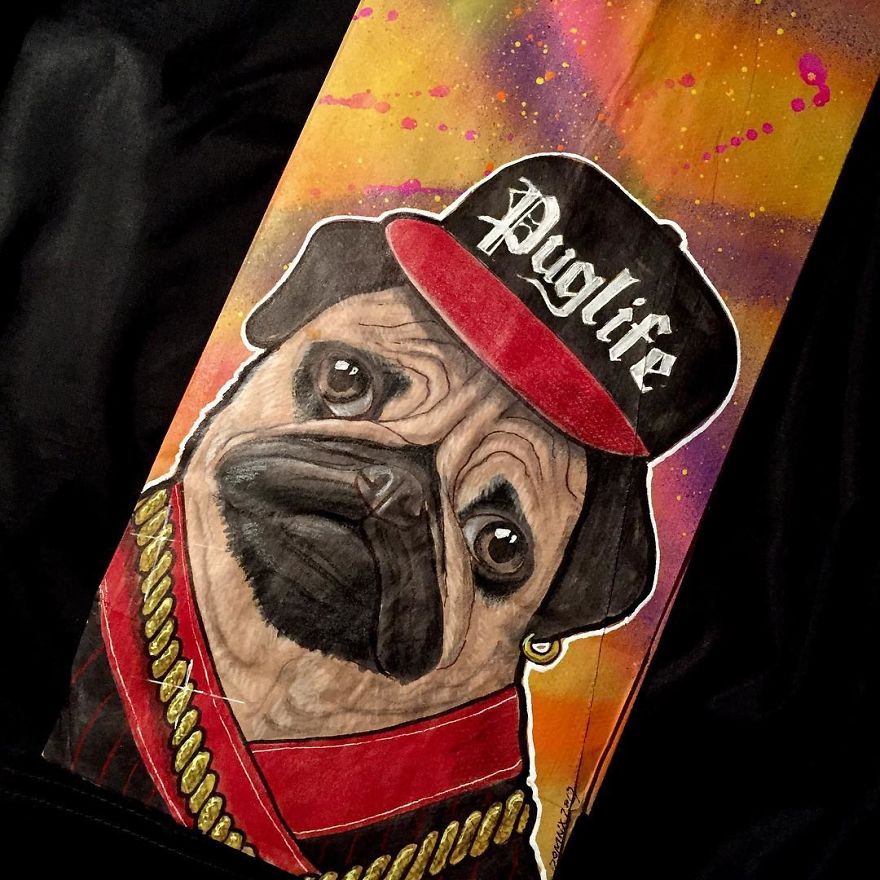 If the art was about a superhero, they would gather and talk about it. 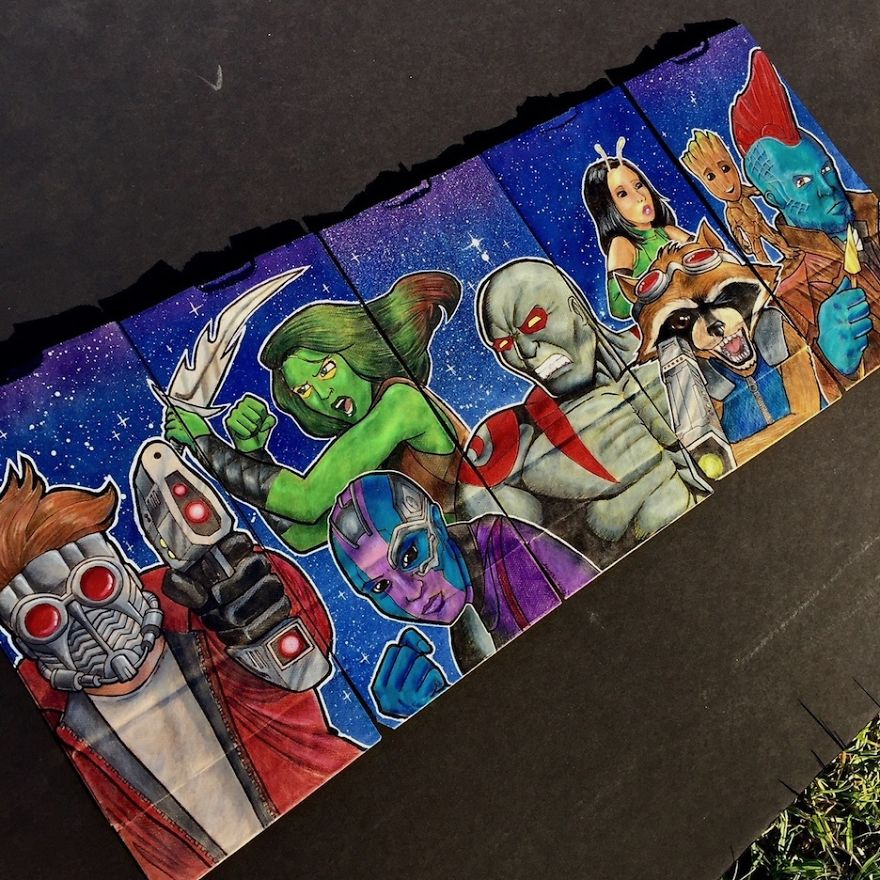 Or if it was animal of sorts, they would debate which one is the coolest and toughest. 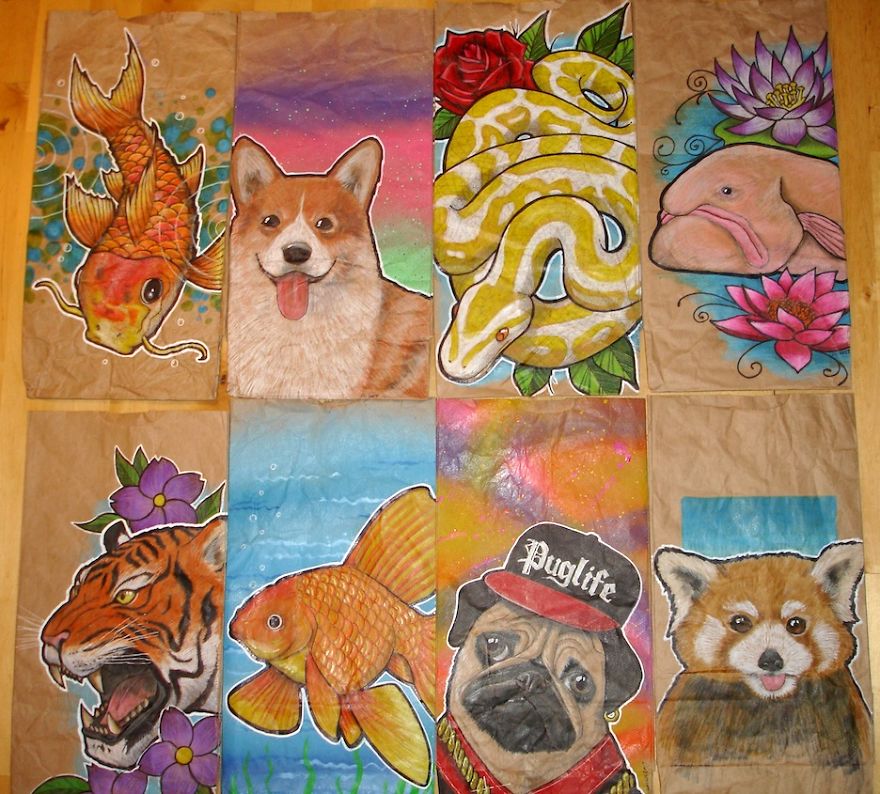 The kid loved the artwork so much that he would constantly remind his dad about it. 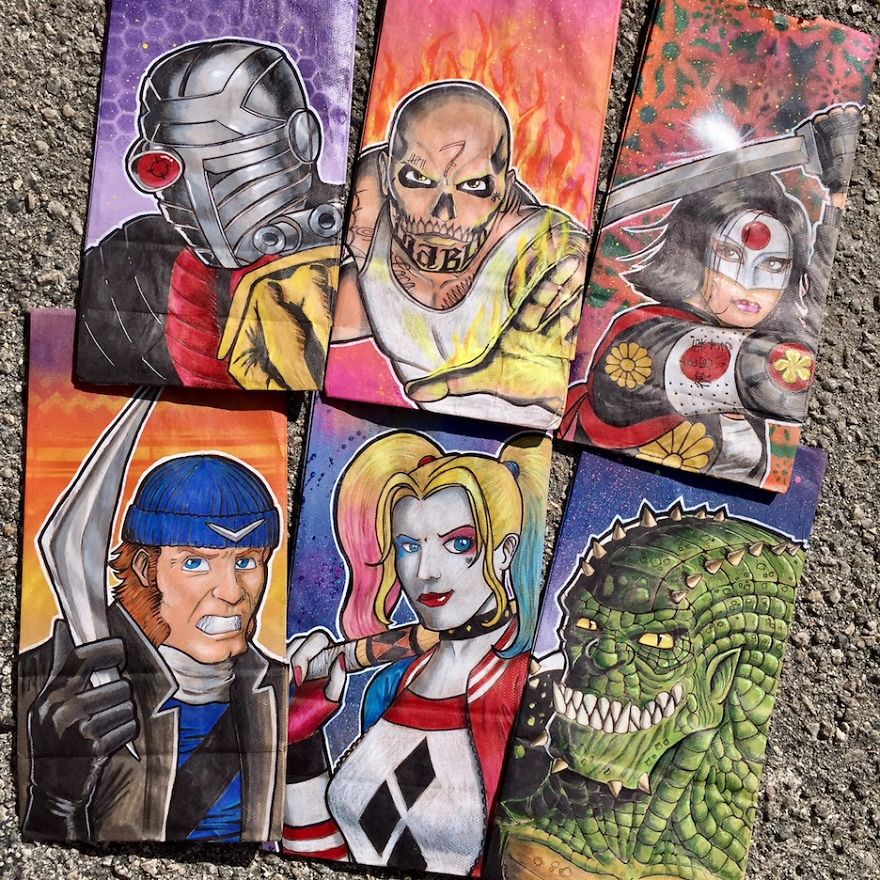 In some ways, the drawings made his son the center of attraction at school. 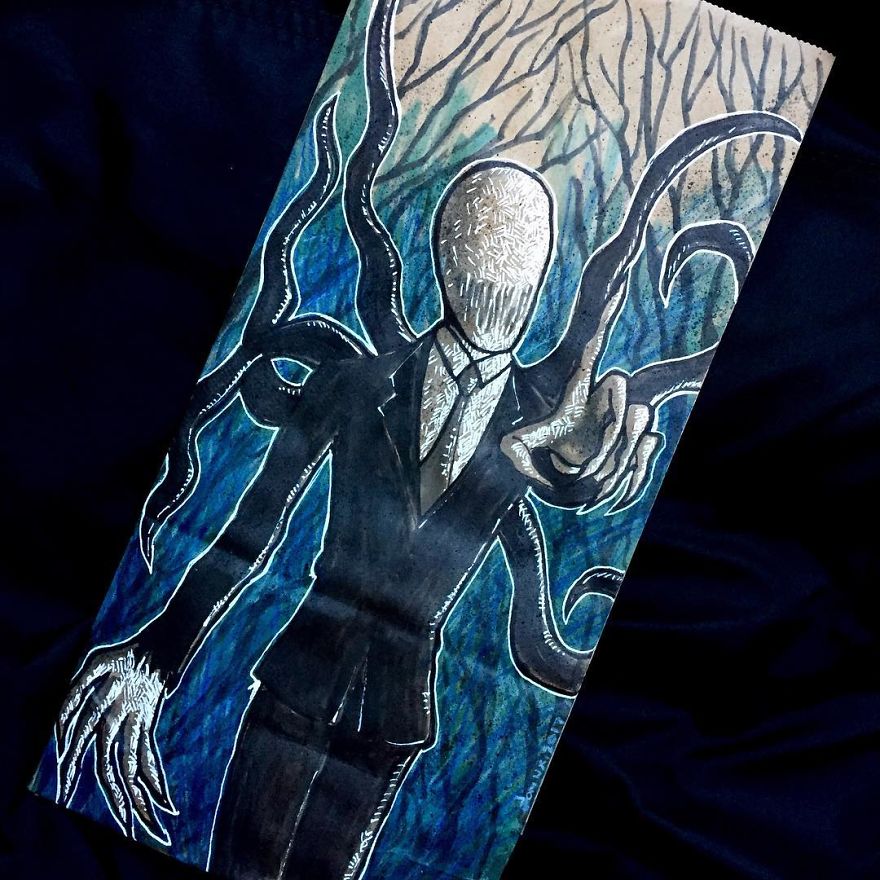 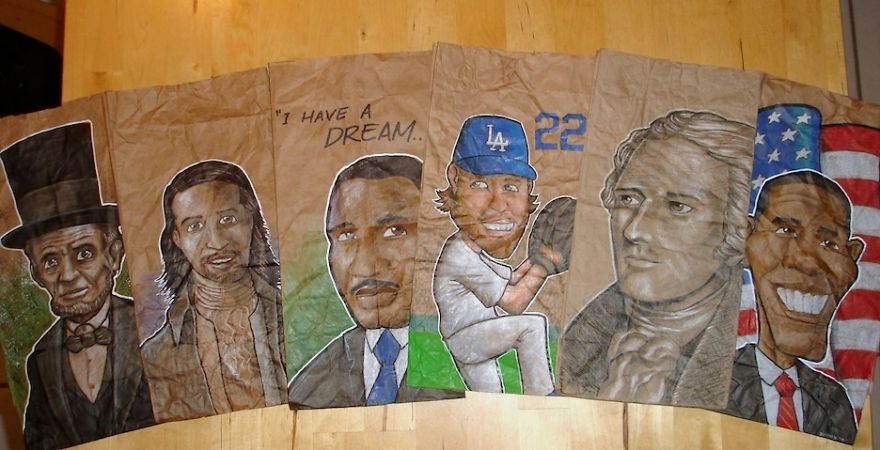 The two obviously love superheroes the most. 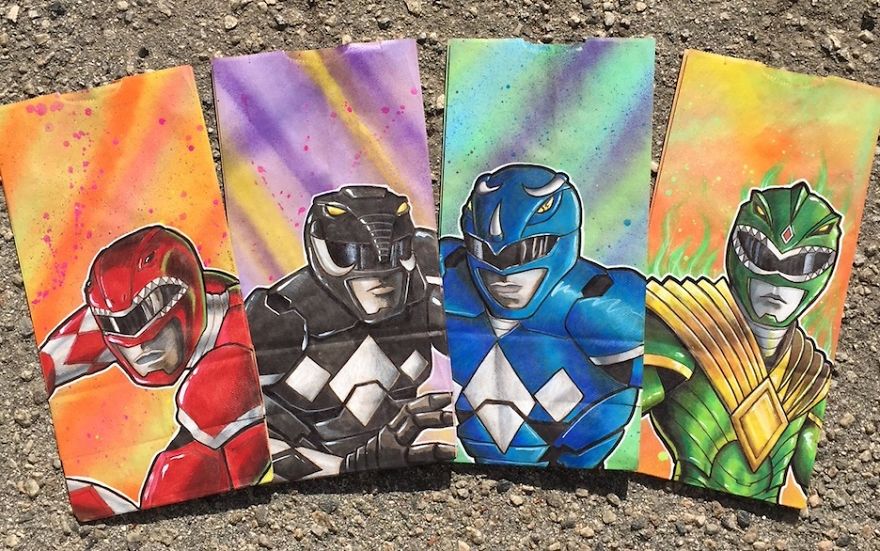 On average, each drawing would take at least an hour to be completed. 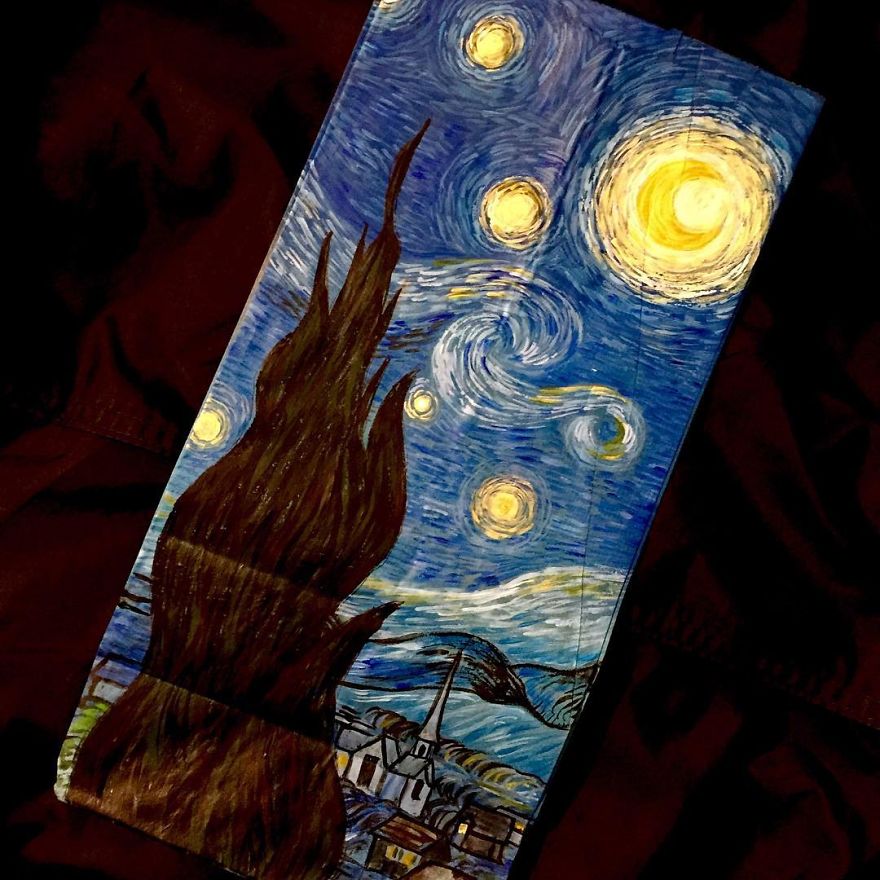 Although he tries not to take up so much time, he makes sure that the final piece is quite satisfying. 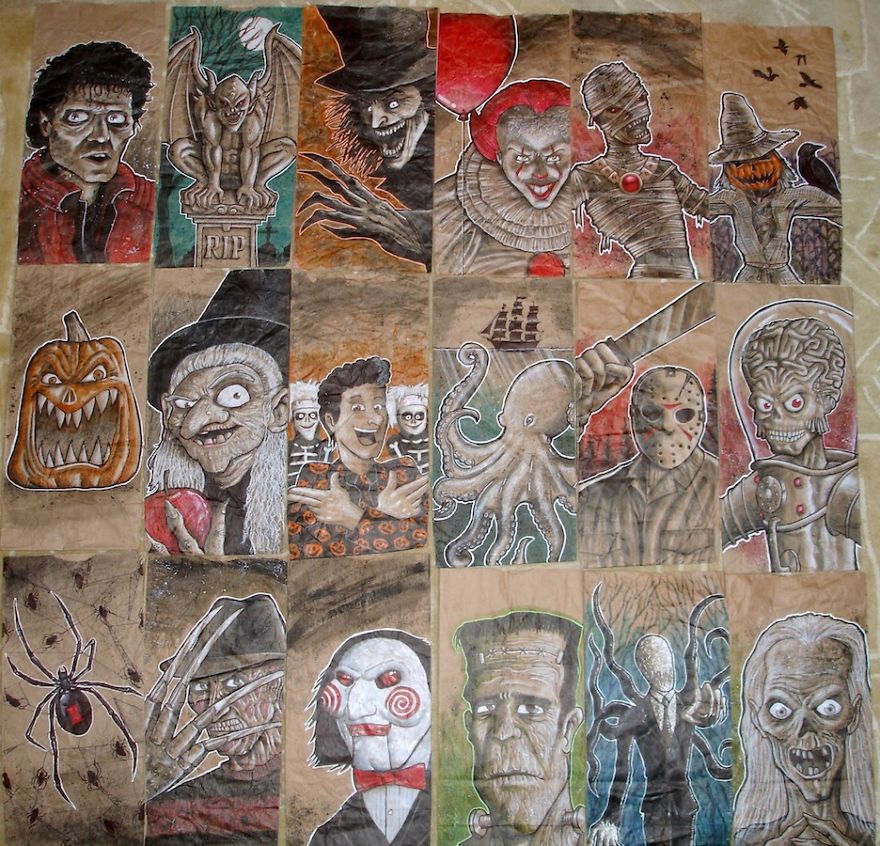 He uses paints, markers, and pencils, among others. 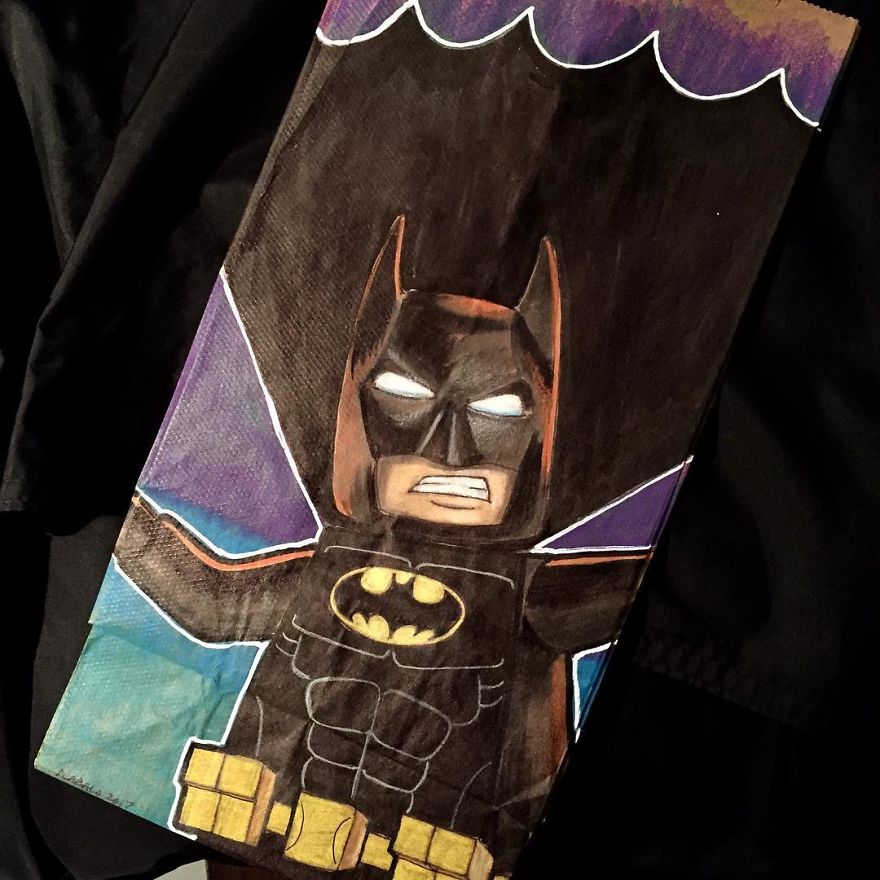 Even though his son is already in middle school, he still decorates lunch bags. 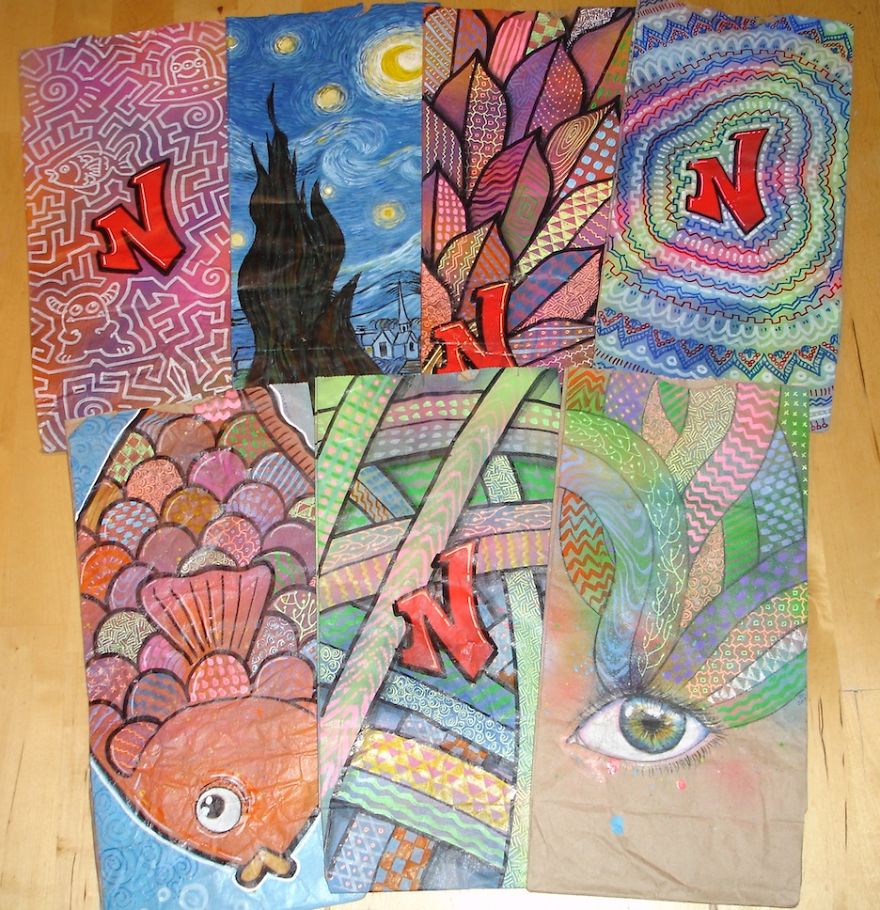 Dominick said that his efforts finally paid off when his son learned to interact with other students. 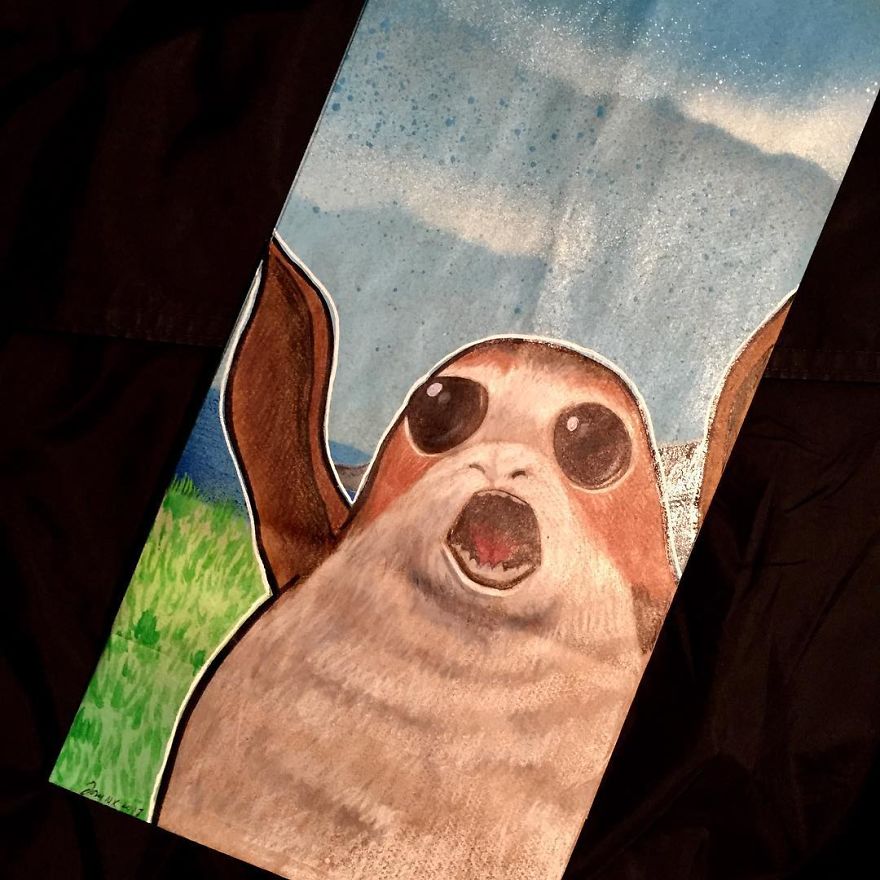 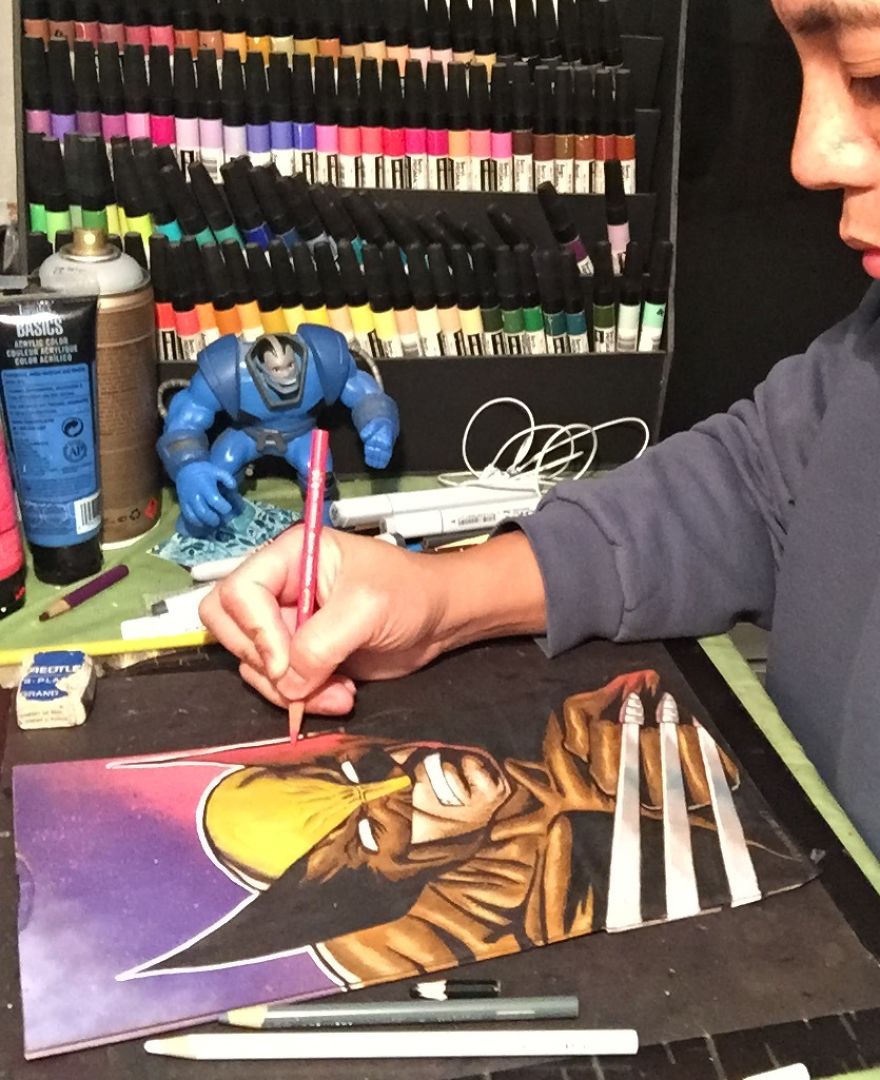 Check out more of Dominick’s lunch bag drawings on his official Instagram page. Let us know what you think about his artwork in the comments below!