Whether or not people like it, Conor McGregor and Floyd Mayweather will soon take their talking into the boxing ring. Well, it really is about time for the two to settle their indifferences.

For the first time in history, the UFC superstar and boxing champion have faced off ahead of their upcoming mega fight. As expected, the two traded endless verbal attacks, pinpointing each other’s flaws. Unfortunately for Floyd, he may have not noticed Conor’s little stunt during their rendezvous.

Conor McGregor and Floyd Mayweather faced off for the first time since their mega fight was confirmed last June. 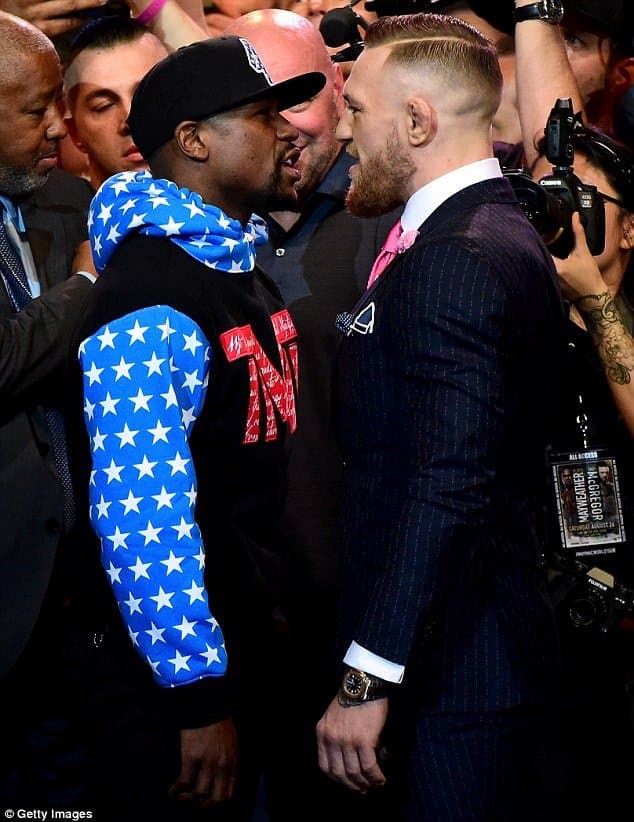 The Daily Mail noted that McGregor’s biggest insult to Mayweather was perfectly hidden in plain sight. How exactly did he do it? Well, by wearing a suit that is completely pinstriped with the words “F**K YOU.”

Yes, that is right. Outlandish in some way, but smart.

McGregor wore a suit pinstriped with the words "F**K YOU" as an insult to Mayweather. 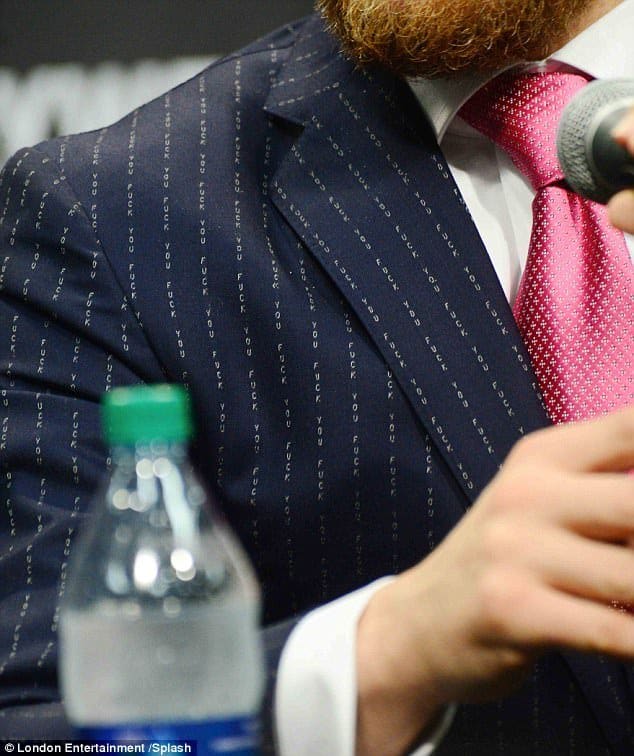 The 28-year-old Irish fighter is known for expletive words, most especially during pre-fights. He loves to draw the attention of the crowd by attacking his opponent with his mouth. Sure enough, the boxing legend did not escape the tactic. This time around, though, McGregor wore (literally) his dirty words.

“He’s in a f*****g tracksuit, he can’t even afford a suit anymore,” McGregor exclaimed right after Mayweather showed the audience a USD$100 million cheque. The pair faced each other in front of 11,000 fans at the titular Staples Center at LA, building the hype for their mega fight.

As expected from McGregor, he danced around Mayweather, taunting and raining him with expletive words. 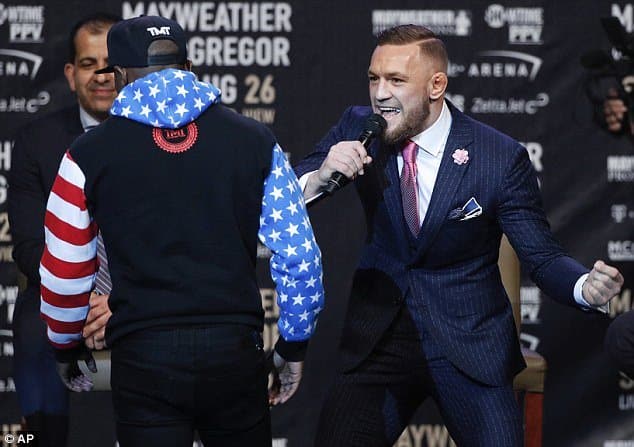 Mayweather did not flinch, though, and delivered his own trick that night. 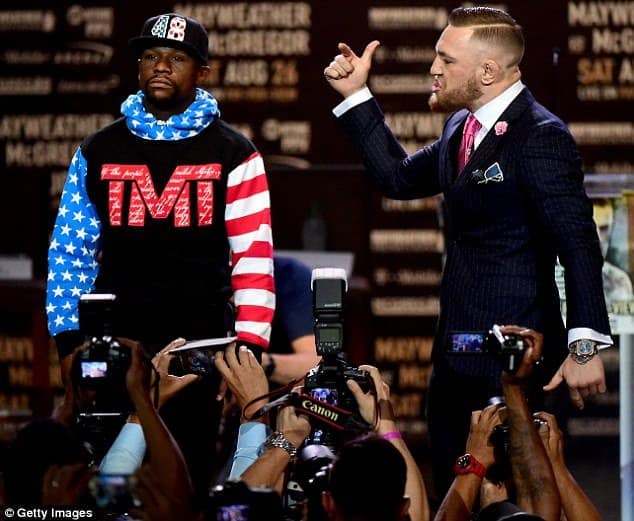 McGregor was all over Mayweather during their press con, dancing and bullying the boxer with words. Mayweather, on the other hand, albeit ironic, sat on a stool and watched the whole act. The UFC fighter promised to knock Floyd unconscious. “He’s too small, he’s too frail,” he quipped. He even announced to the public that he can fight Mayweather in his styles, believing he can “dazzle” him.

Mayweather responded to McGregor's barb talks by pulling a cheque worth USD$100 million. 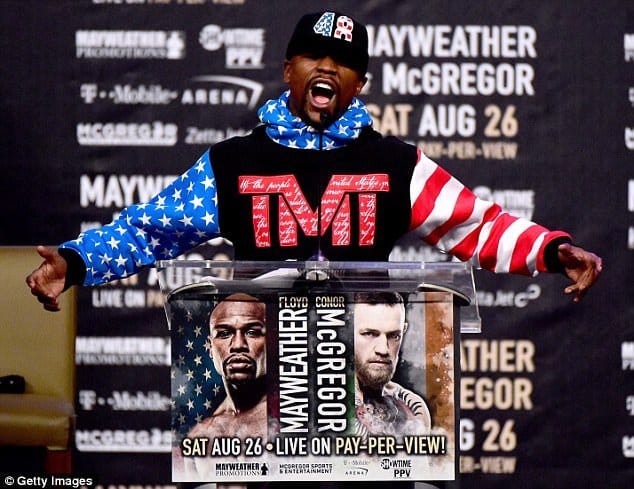 McGregor promised to knock Mayweather out in their mega fight in August. 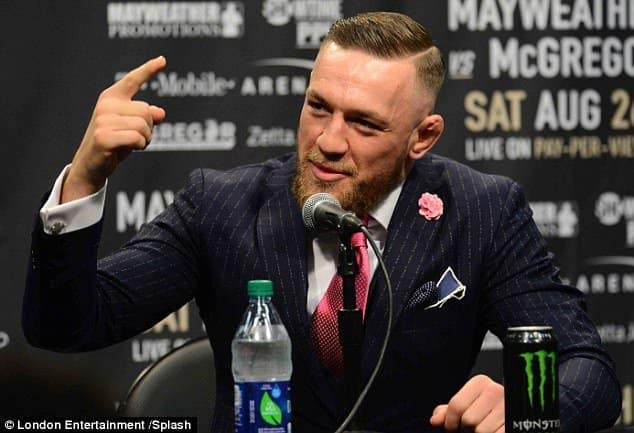 Mayweather did not flinch, though, iterating that he “chose fortune over fame.” He continued taunting the audience, saying that not all of McGregor’s followers have “$20,000 in their bank.” Despite getting heavily booed, the boxer was not moved and continued to deliver his speech.

As expected, McGregor and Mayweather faced off at the middle of the stage, giving the audience a taste of excitement. There were barbs traded, but being the UFC president Dana White that he was, he separated the two.

UFC President Dana White separated the two, as the fighters let off some steam and traded barbs. 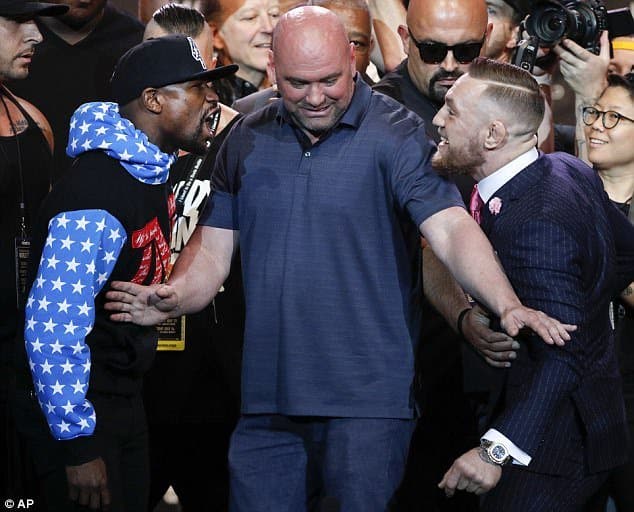 McGregor and Mayweather are set to go toe to toe later on next month. 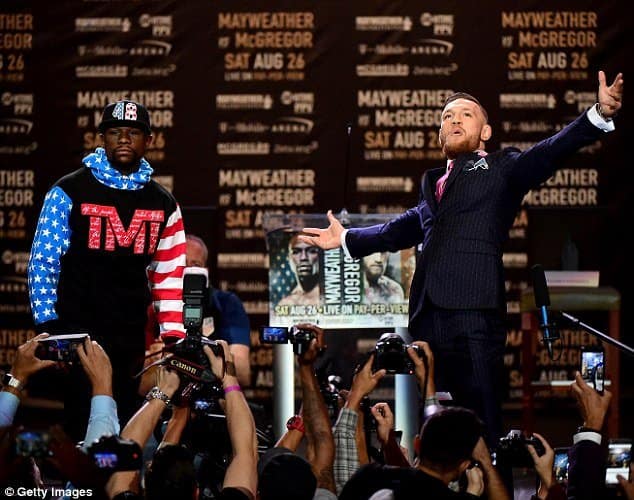 The Irish fighter was confident to enough to call Mayweather "small" and "frail." 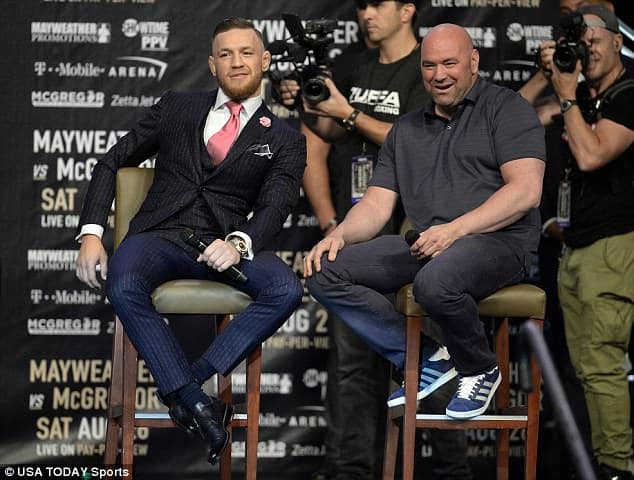 The fighters are currently on a four-leg promotional tour, with Wembley Arena, London being their last stop. Their weigh in is scheduled to take place at T-mobile Arena in Las Vegas.

The boxing legend went to criticize McGregor's followers, saying not one of them has $20,000 in their banks. 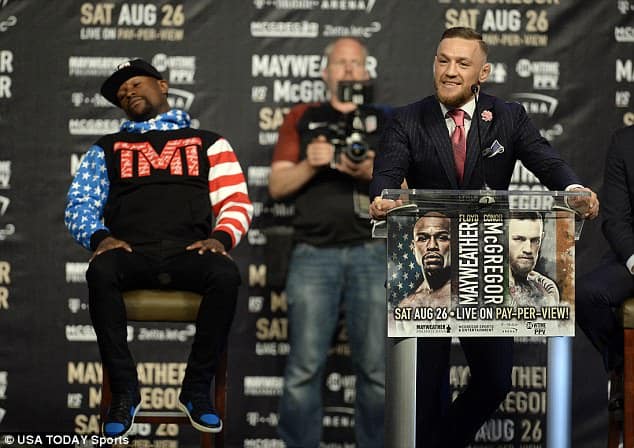 McGregor and Mayweather will settle their indifferences come August 26. 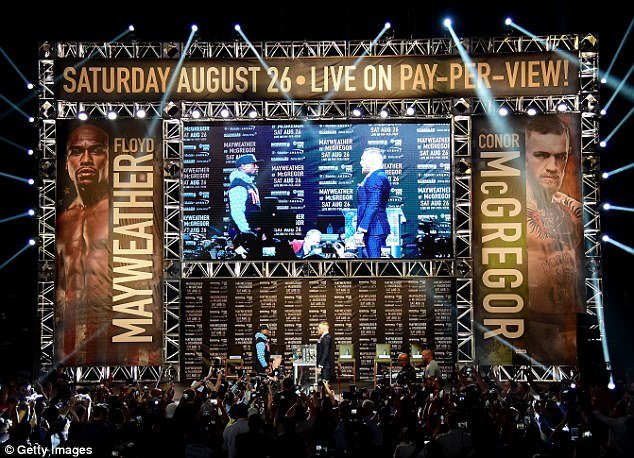