Who knew wedding photography could be this dangerous?

CM Leung, known as one of the most popular wedding photographers in the world, experienced something extremely crazy while they were recently having a photo shoot in Iceland.

If you will see the image below, you will likely be impressed with how this cool bride is standing there really close to a huge helicopter. It looks pretty badass and all until you realize that it wasn’t planned in the first place.

So yep, that chopper was entirely an unexpected addition. What a perfect timing, right?

Wedding photographer CM Leung took this bride’s photo as a chopper flew above her. It almost hit her on the head. 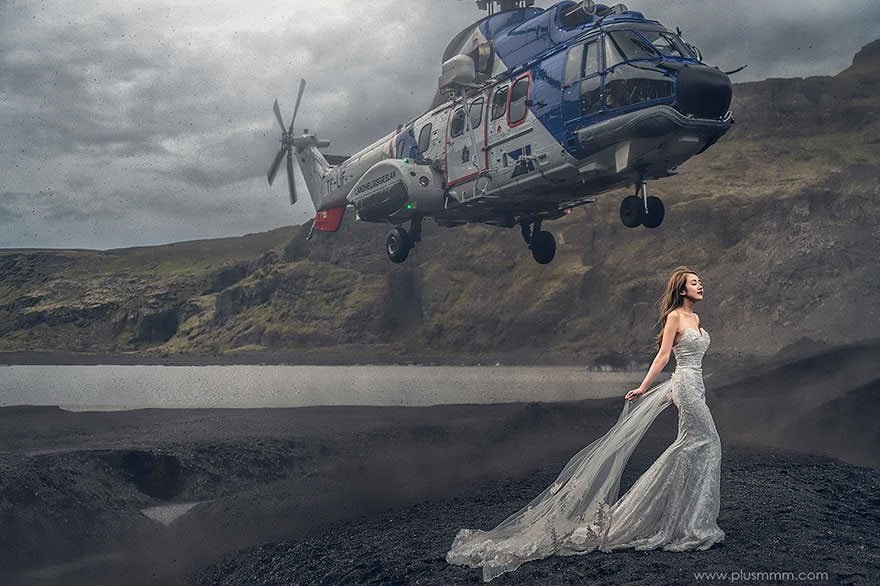 According to reports, the Icelandic Coast Guard were on the area to rescue someone and it so happened that everyone was there when the helicopter flew in just above the bride. To her credit, she was able to strike a pose while he chopper flew by so Leung was able to take the cool snapshot. Still, the impact eventually knocked her over and if you’ll look closely, it kinda appears like the chopper almost hit her in the head.

You can watch how it happened here:

Both the photo and the video eventually went viral online but while the outcome looked awesome, some netizens bashed everyone involved for doing what they did. Some pointed out that the photographer and bride definitely took an unnecessary risk and could’ve simply gotten out of the chopper’s way. On top of that, some called them out for being insensitive and disrespectful with the patient being rescued.

Well what’s your take on this topic, guys? Hit the comment section below and tell us about it.