From time to time, we encounter adorable creatures from the ocean. This little octopus which looks like a cross between a Pokemon creature and Pac-Man is now making waves on the Internet and may potentially earn the name “Adorabilis” for its obvious cuteness.

Since 1990, specimens of this type of octopus have been collected but remained unnamed. Stephanie Bush, a postdoctoral fellow at the Monterey Bay Aquarium Research, is planning to use Opisthoteuthis adorabilis as the cute little fella’s scientific name.

Speaking to Science, Bush said: “One of the thoughts I had was making it Opisthoteuthis Adorabilis — because they’re really cute.”

Living in depths reaching almost 1,500 feet, the “adorable” octopus measures 7 inches in diameter and is known for making unique webbing between its tentacles. Upon observation, you’ll probably assume the little creature is parachuting through the water.

The genus Opisthoteuthis  is the same as Pearl, the cute pink flapjack octopus in the Disney film “Finding Nemo”. 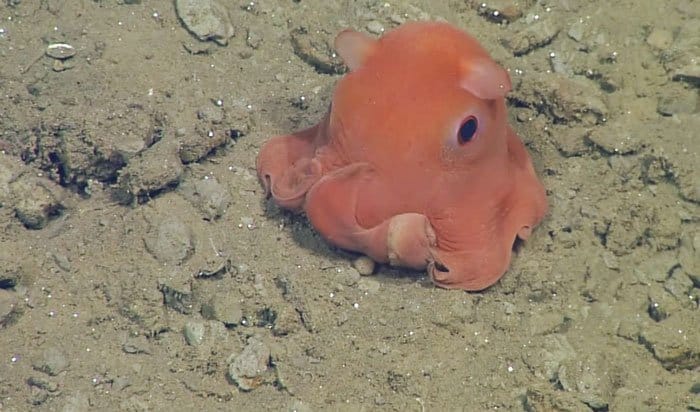 It is known for the web between its tentacles that makes it appear as if it’s parachuting through the water.

Because of it’s obvious cuteness, scientists are planning to name it Opisthoteuthis adorabilis. 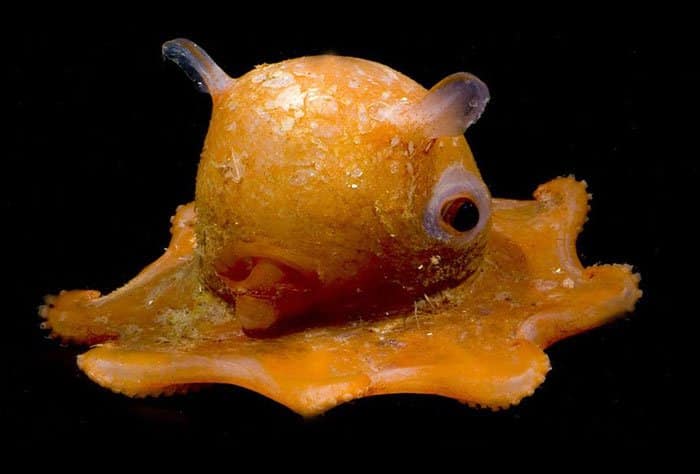 Remember the cute pink flapjack octopus in the Disney film “Finding Nemo”? Its name is Pearl and it belongs to the same genus as this adorable sea creature.