When Christians around the world celebrate Christmas, they usually prepare special meals on Christmas Eve which they share the meal with their family and friends.

Ever wondered what people are having for Christmas over at the Philippines? Or Egypt, perhaps? Well, we’ve got you covered!

Here’s a sampling of Christmas meals enjoyed by a variety of cultures. 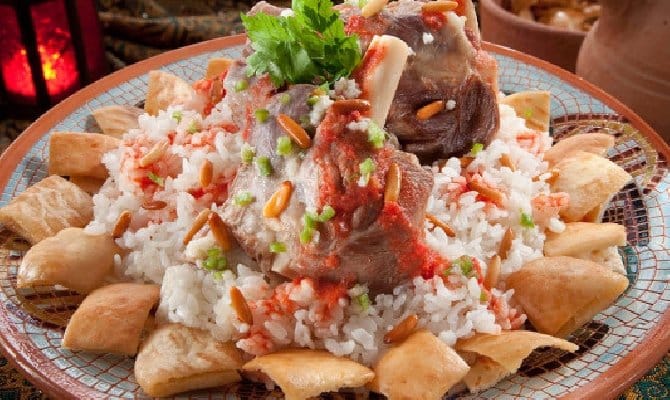 Interestingly enough, Christmas Eve in Egypt happens at a much later date. This is because they still use the Coptic Calendar. As such, Egyptians eat their Christmas meal on January 6. The main dish is fatta, which consists of stewed beef chunks and layers of rice and fried bread covered in a garlic. 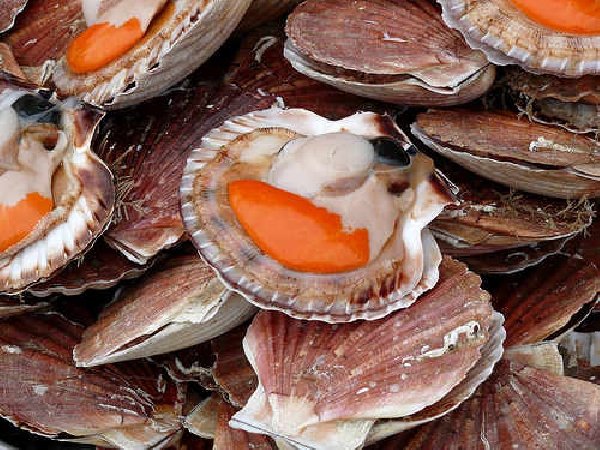 The French gorge on oysters and foie gras during the holidays. In fact, Reader’s Digest reports that “about half of France’s annual oyster production is eaten during the week from Christmas to New Year’s Day.” It added that “70% of the entire consumption of oysters (import and domestic)” happens during the Christmas season.

Foie gras, on the other hand, is a posh food product that’s from the liver of a specially fattened duck or goose. There has been some protest against foie gras consumption, as the ducks or goose are often force-fed so their livers burst with fat. 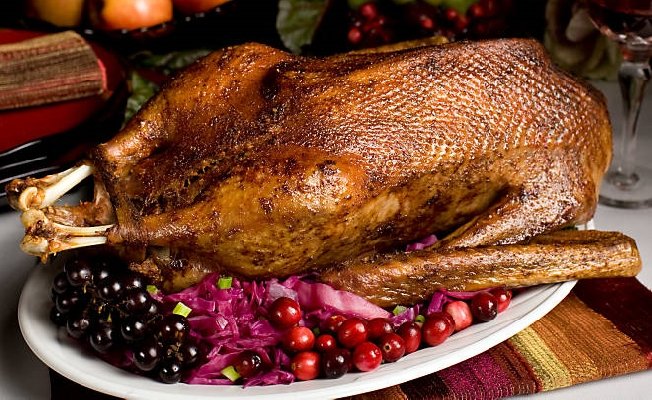 Germans dine on roast duck or goose. This main dish is often complemented by red cabbage and potato dumplings. Stollen — a type of bread that contain chopped bits of candied dried fruit, nuts, and spices and covered with icing — is also served. 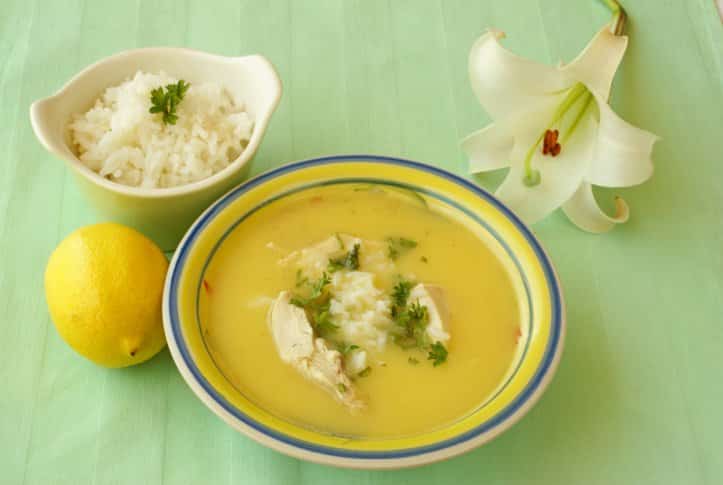 A dish called avgolemono is usually featured as the first course of Greek Christmas feast. It’s made up of chicken, egg, lemon, and rice. 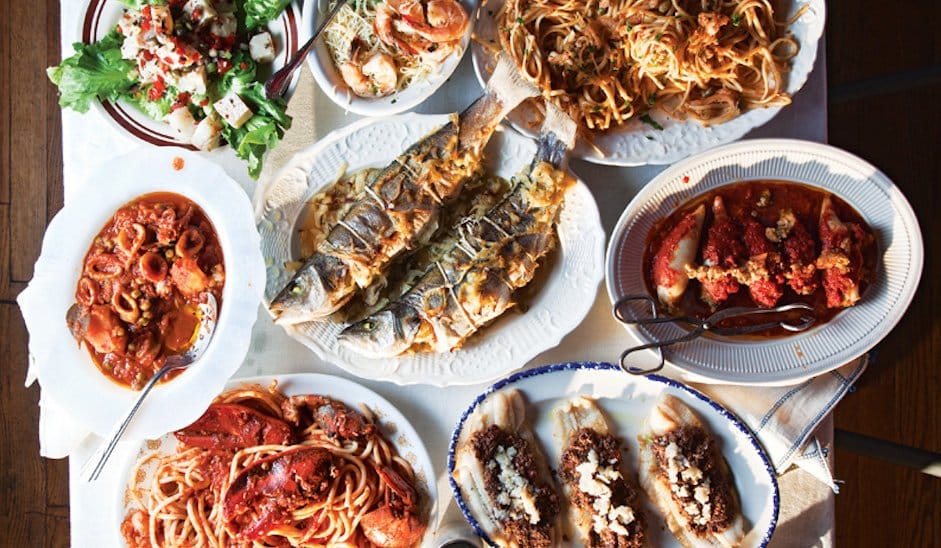 Those in southern Italy observe the tradition of abstaining from meat on Christmas Eve. As such, their meal on Christmas Eve is called the “Feast of the Seven Fishes.” As the name indicates, seven seafood dishes are the centerpieces of the holiday meal. 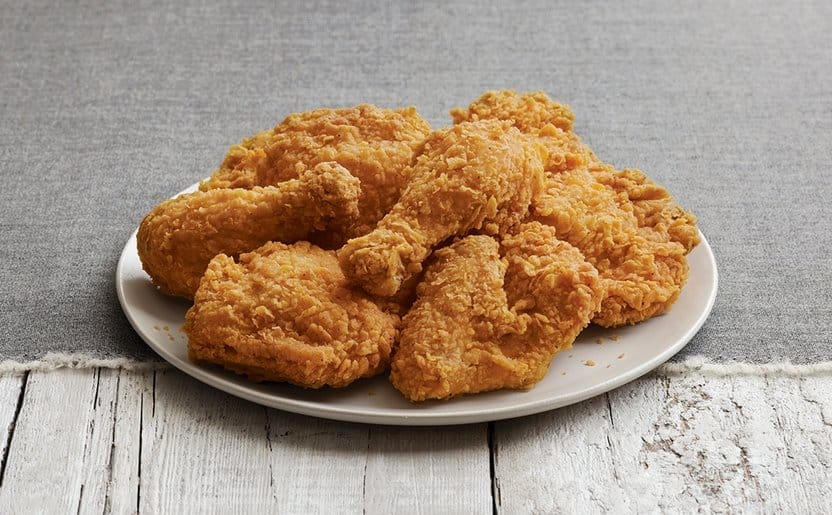 Believe it or not, Christmas meals in Japan feature Kentucky Fried Chicken as the main attraction. This unexpected choice started in 1974, when KFC launched their “Christmas Chicken” campaign. The campaign was primarily for expats, who reportedly chose chicken as a substitute for turkey, which wasn’t so easy to find in Japan. For some reason, Japanese families also followed the practice. They also serve other food for their Christmas meal, but KFC chicken is definitely the highlighted treat. 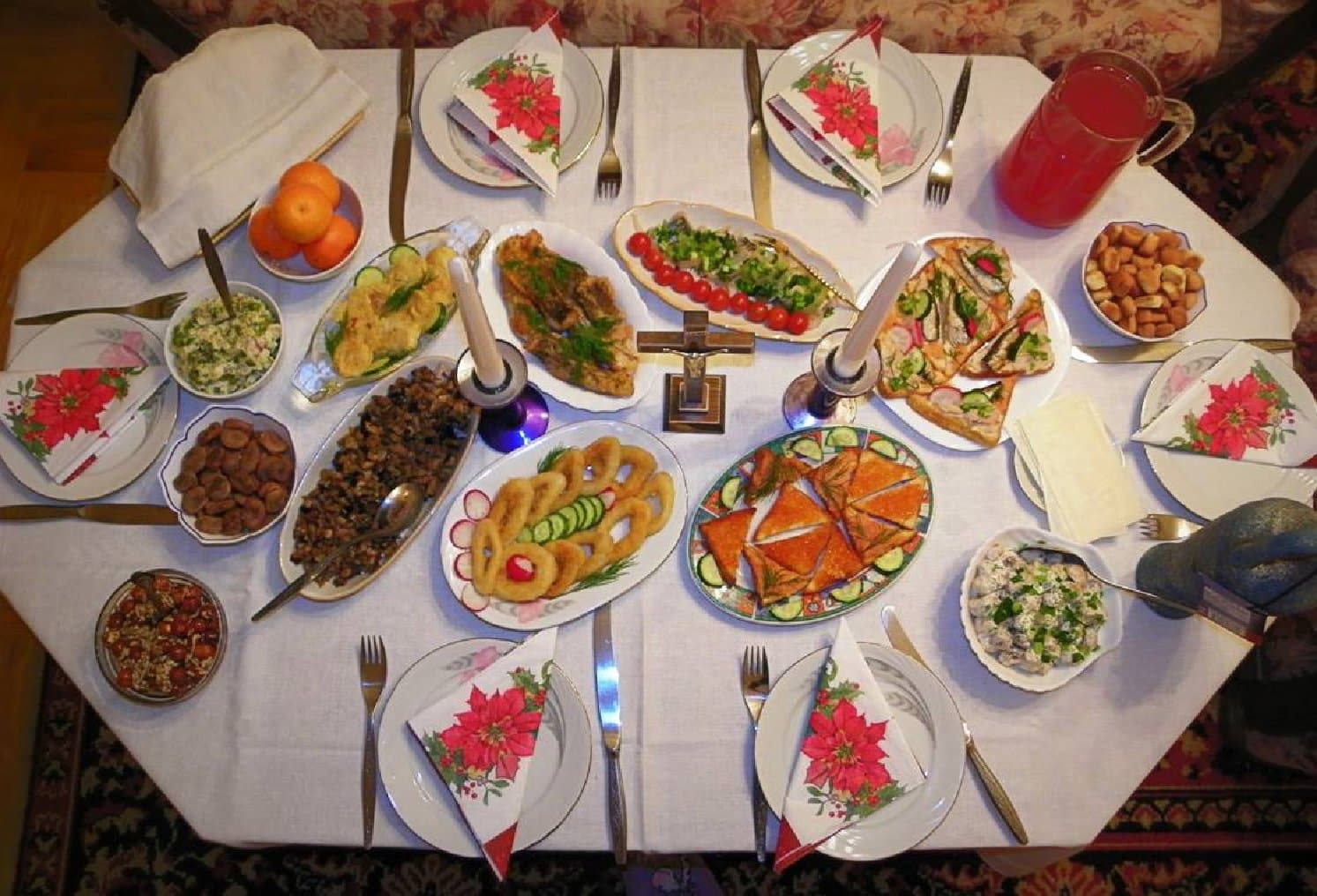 Lithuanians enjoy 12 meatless dishes on Christmas Eve. Their belief is that pre-Christmas season is a time for fasting. They only stop fasting on Christmas Day itself. 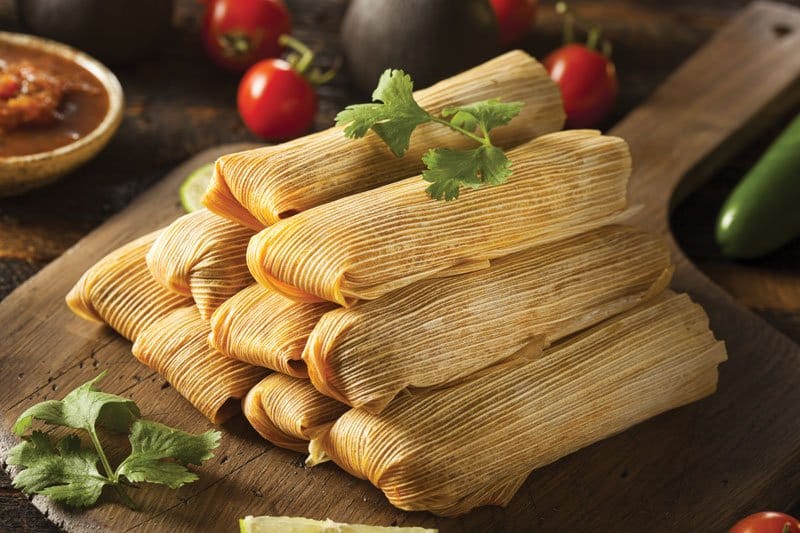 Mexicans enjoy tamales for their Christmas meal. Tamales are made with corn dough and stuffed with fillings such as meat, cheese, vegetables, or even fruits. Tamales are then wrapped in corn husks or banana leaves and steamed. 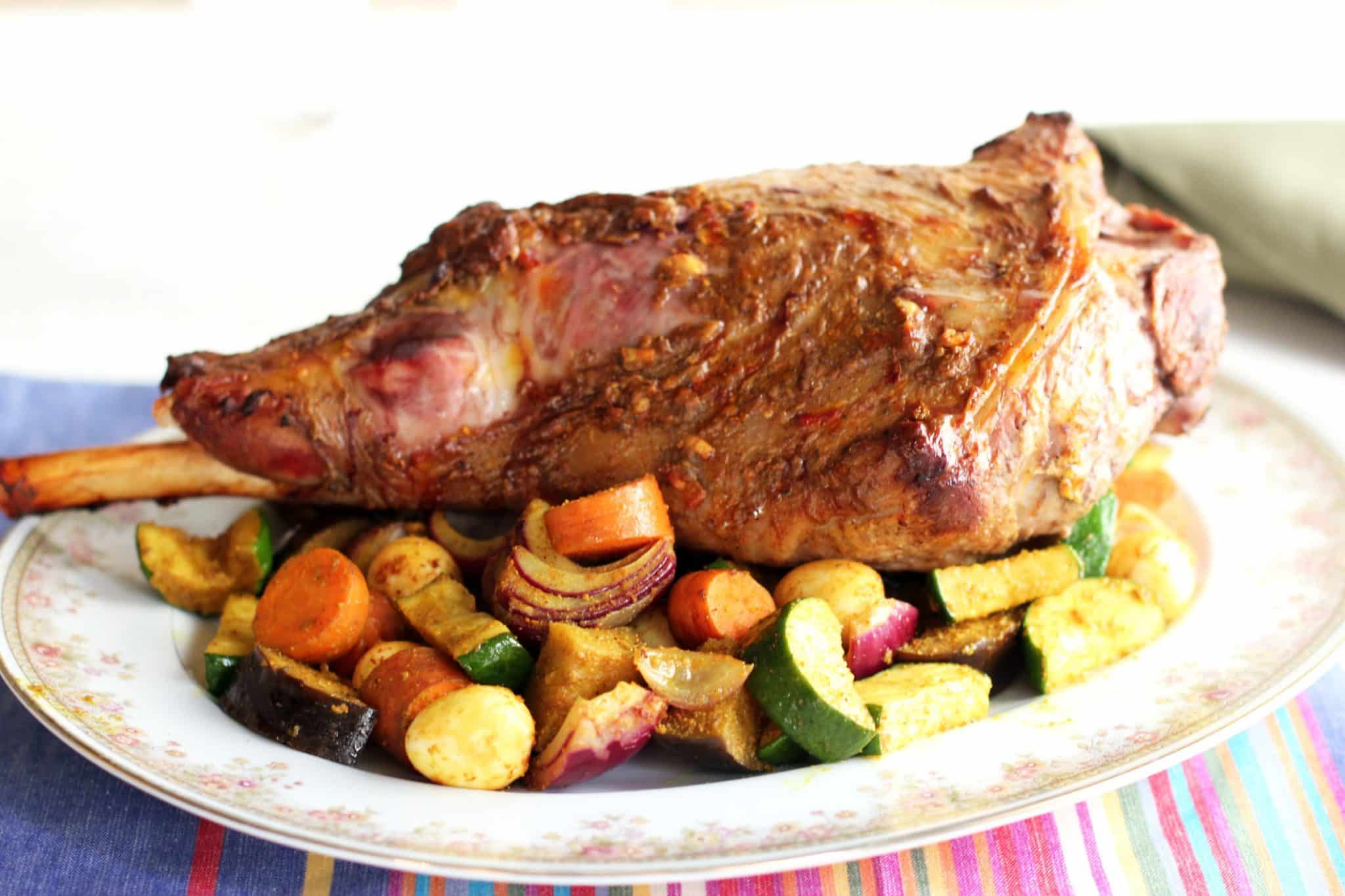 People in New Zealand go for roast lamb (which can be substituted with other meat), roast vegetables, stuffing, and cranberry sauce. Desserts include mince pies, Christmas pudding, trifle, and brandy butter. 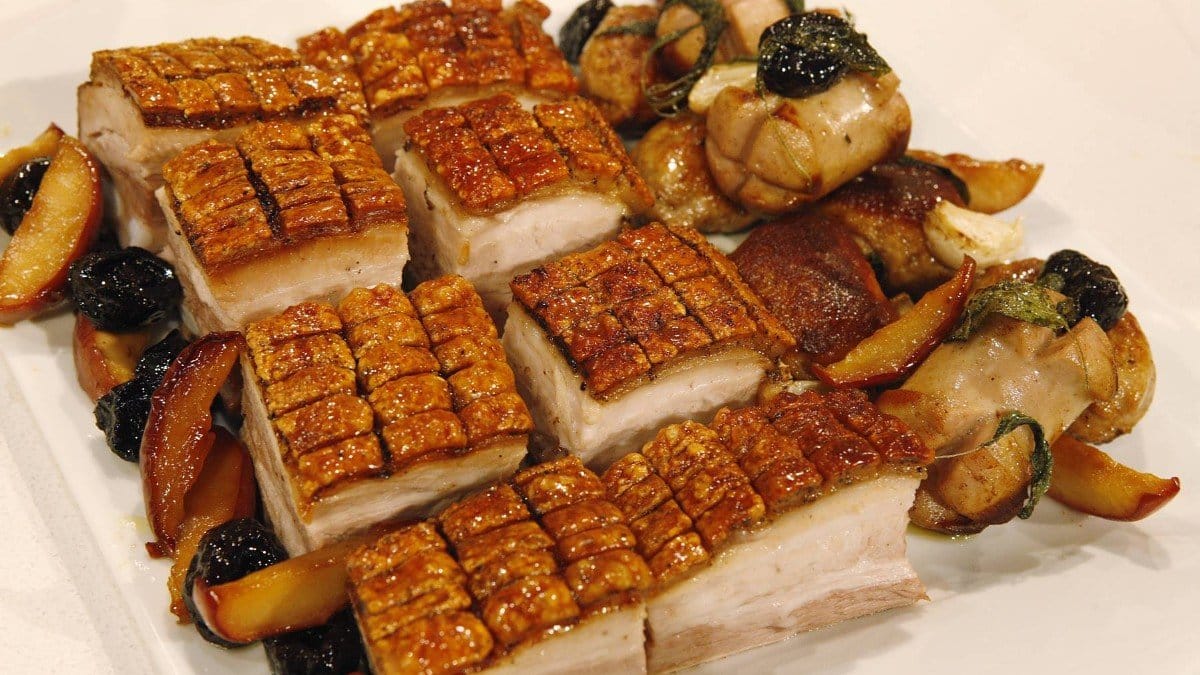 The star of Norwegians’ Christmas meal is the svineribbe – a side of pork belly seasoned with salt and pepper. In the country’s western parts, the main dish is the pinnekjøtt or mutton ribs. The main dishes are typically served with boiled vegetables, sauerkraut, Lingonberry jam (a staple in Scandinavian cuisine), potatoes, and gravy. Another traditional dish is smalahove, which is smoked sheep’s head. 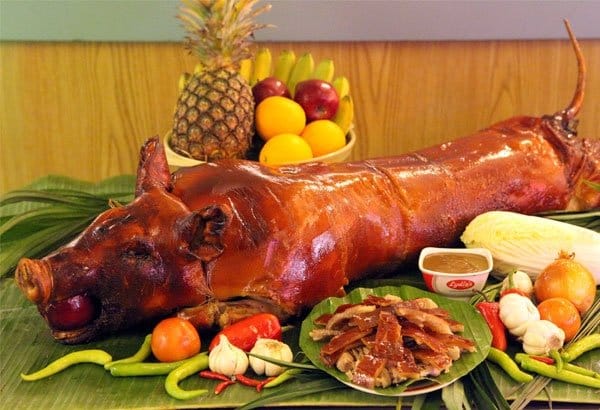 Christmas dinner in the Philippines is called the “Noche Buena” meal. The Philippines was a colony of Spain for more than 300 years and this practice has remained. The words “Noche Buena” mean “Good Night,” which is Christmas Eve. The Noche Buena meal is eaten around midnight on Christmas eve after the late evening mass. The meal often features lechon (a whole roast pig) or lechon de leche (a whole roast suckling pig), ham (a cured leg of pork), queso de bola (a ball of edam cheese), and fruit salad. 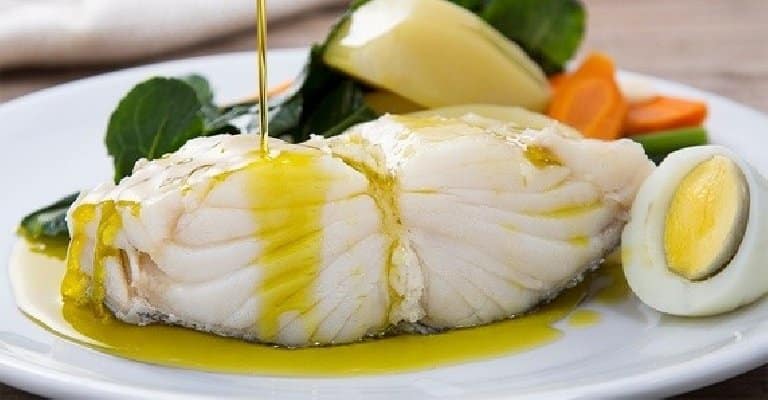 The star of the Portuguese Christmas meal is dried and salted codfish. It is traditionally served with potatoes, boiled cabbage, and a variety of vegetables. 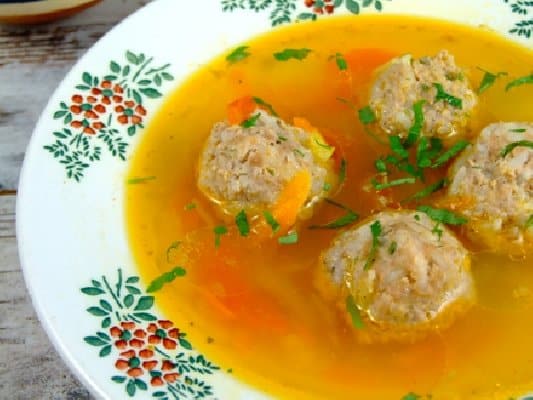 Romanians look forward to the Ciorba de perisoare for their Christmas meal. It’s basically a sour vegetable soup with meatballs in it. Other offerings include sarmale, which are cabbage leaves filled with ground pork and served with polenta. 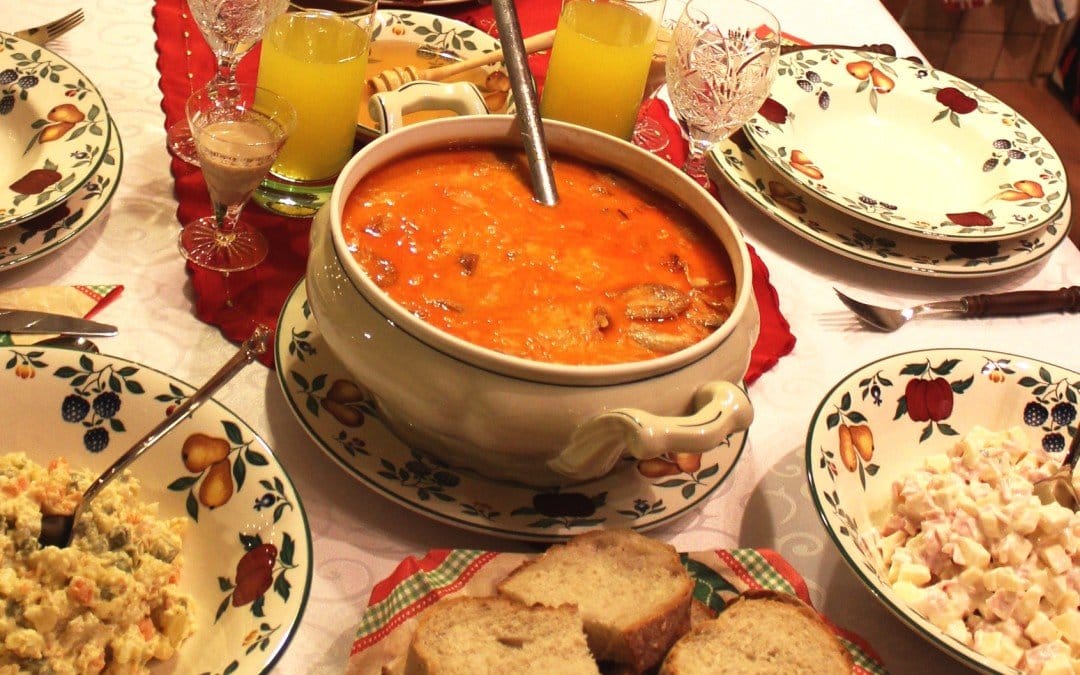 Slovaks feat on kapustnica — which is a thick sauerkraut (finely cut fermented cabbage) soup — and fried carp. Typically, families buy a live carp and keep it until it’s time to cook it. 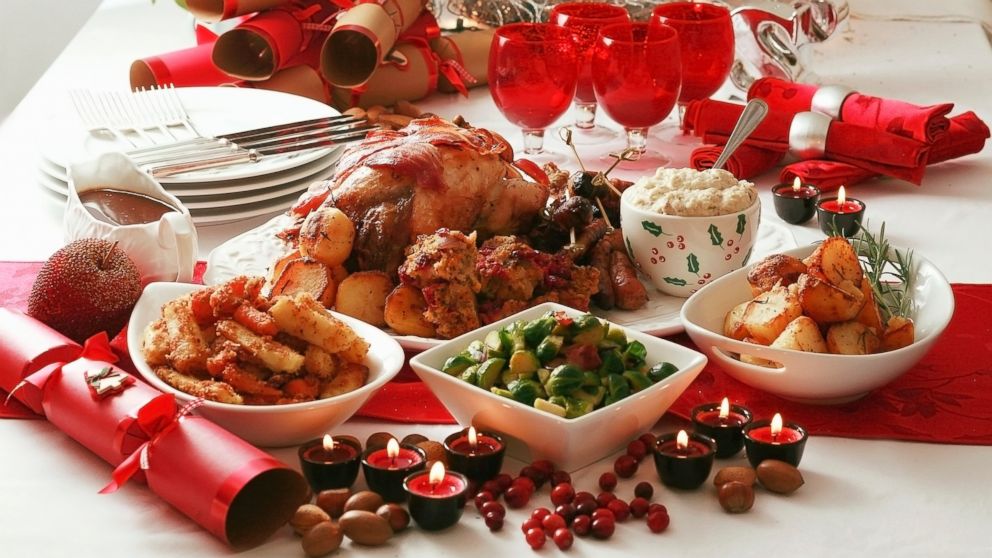 America’s traditional Christmas dinner features turkey with stuffing that’s served with gravy or cranberry sauce on the side. It’s then paired with mashed potatoes and vegetables such as carrots, turnip, and parsnips.