Located in central Spain is the city of Avila. It’s found in the community of Castile and Leon, and is also the capital of the Province of Avila. The city is popularly known as The Town of Stones and Saints and is about 100km from the city of Madrid.

Avila is known for its medieval city walls built in 1090. 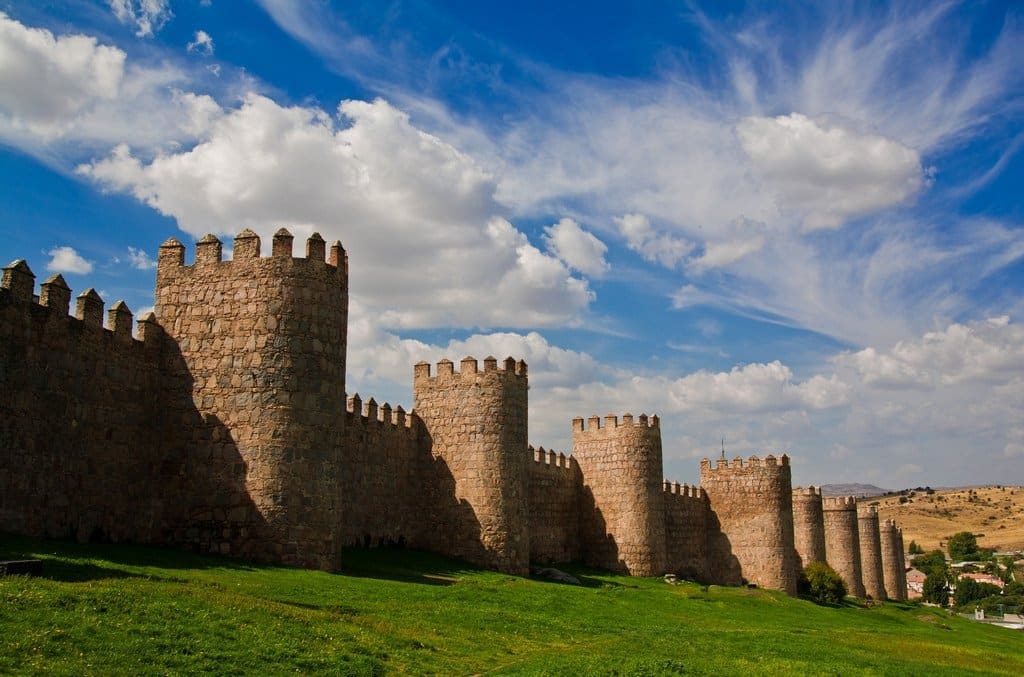 The walls are 40 feet high and 10 feet thick and are made of stones and granite. 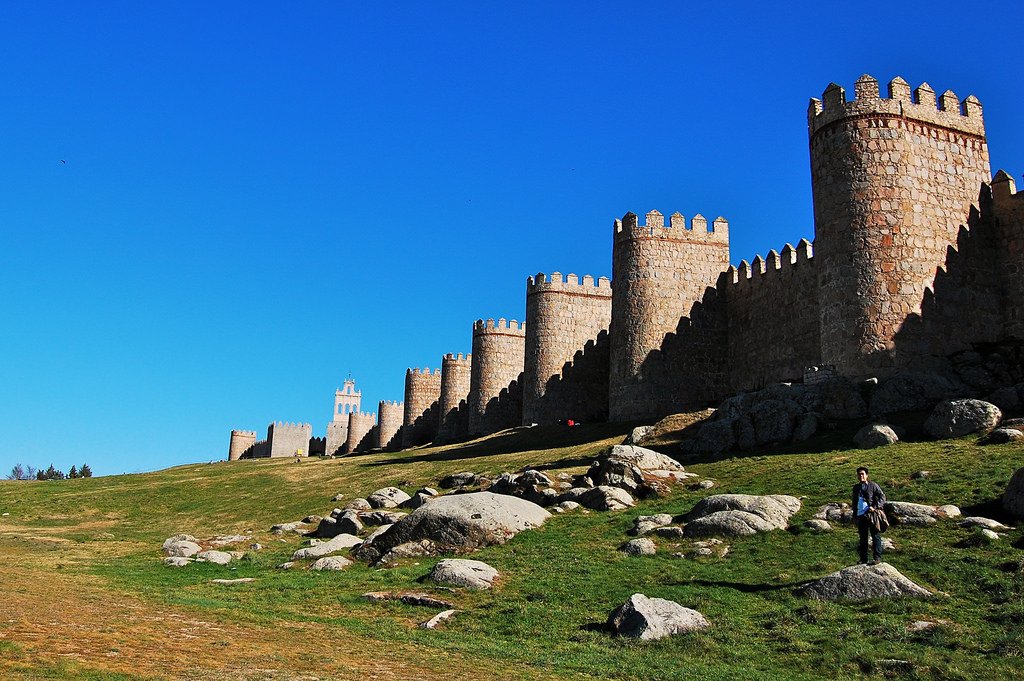 Avila is one of the prominent walled cities in Europe and was built in Romanesque style. The city claims to be one of the Spanish towns that have the most number of Gothic and Romanesque styled churches in the whole country. The 2.5 kilometer long city wall of Avila is popular because it is still almost intact up to this date. 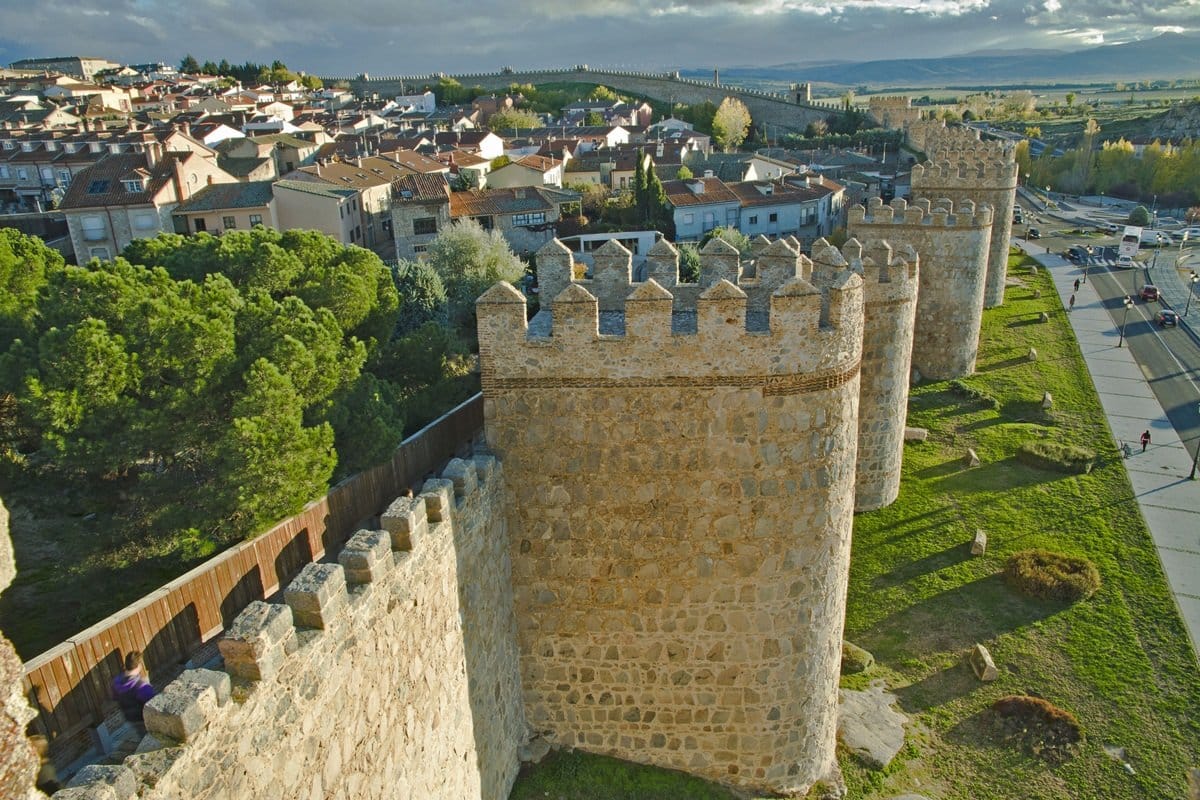 Constructed in 1090 and made of brown granite, the walls surround the city’s layout. 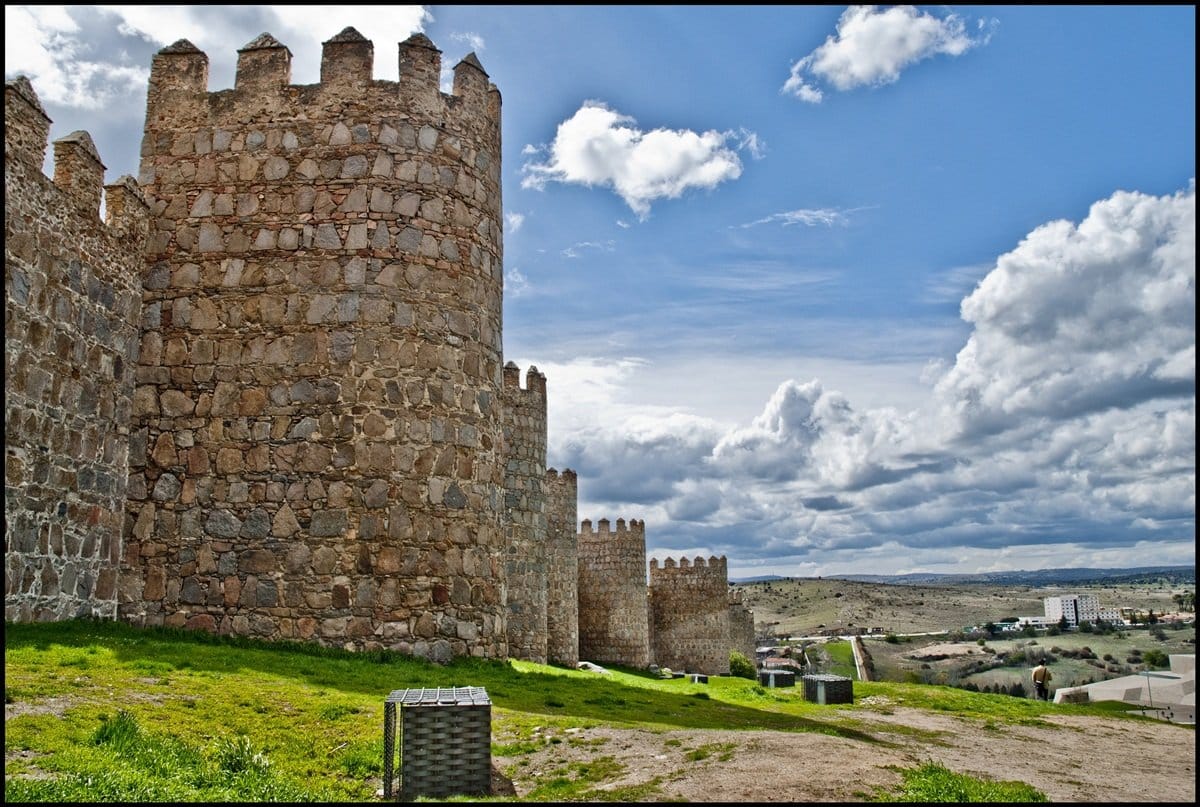 The history of the medieval walls of Avila is all things but blah. The walls are 40 feet high and 10 feet thick with eighty-eight towers placed at uniform intervals and nine gateways. There used to be a moat and a barbican outside but they don’t exist anymore. The building of this huge defense was done in less than a decade.

Just one side of the huge fortress. 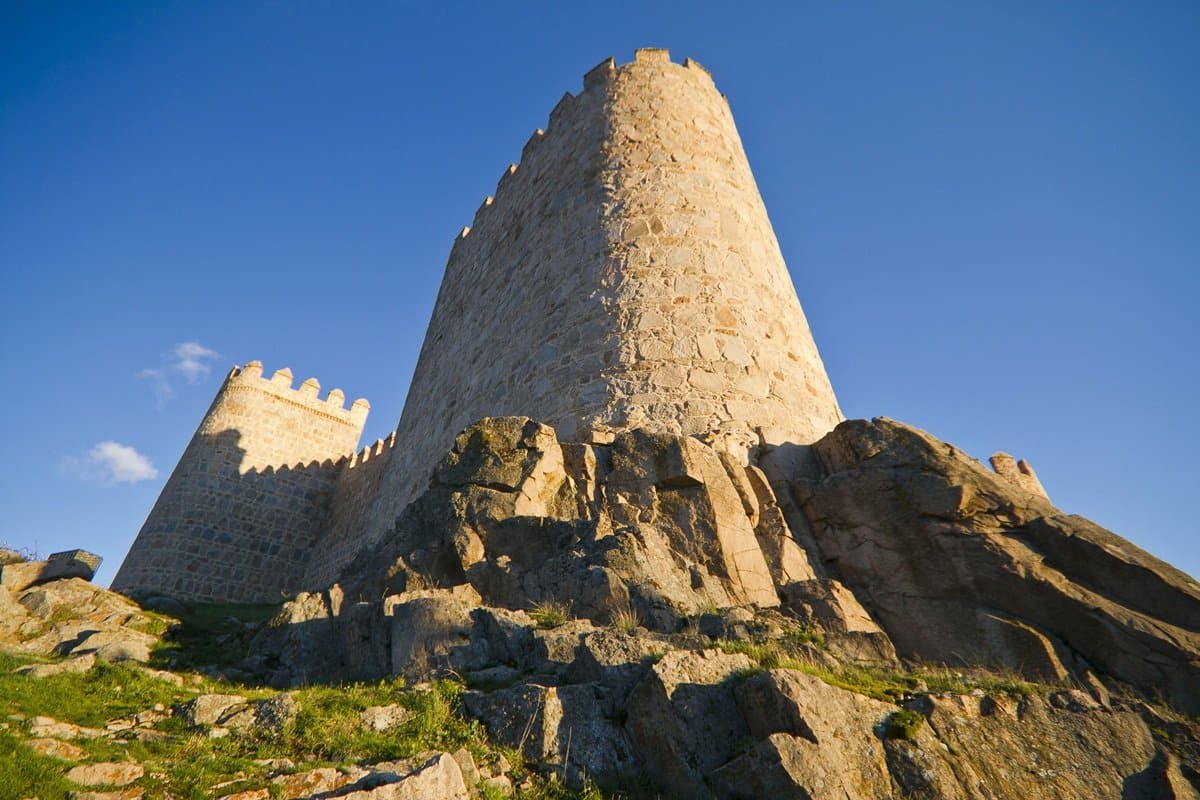 Who would’ve thought that something built many centuries ago can still remain intact up to now? 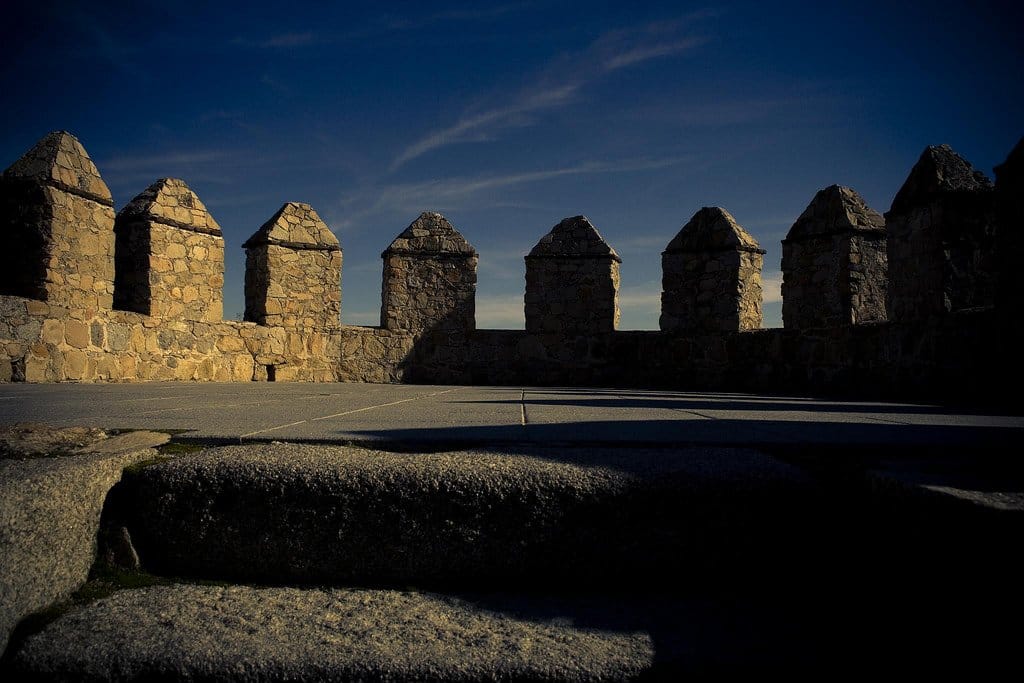 The area enclosed by the walls of Avila is now called the Old Town which encompasses the city’s famous landmarks. This includes the Gothic Monastery of Santo Tomas that was built by Queen Isabella in 1482. Other landmarks include Romanesque churches, the Gothic Cathedral and the tombs of Tomas de Torquemada, the first grand inquisitor of Spain and Don Juan, the only son of King Ferdinand and Queen Isabella.

One of the nine gateways. 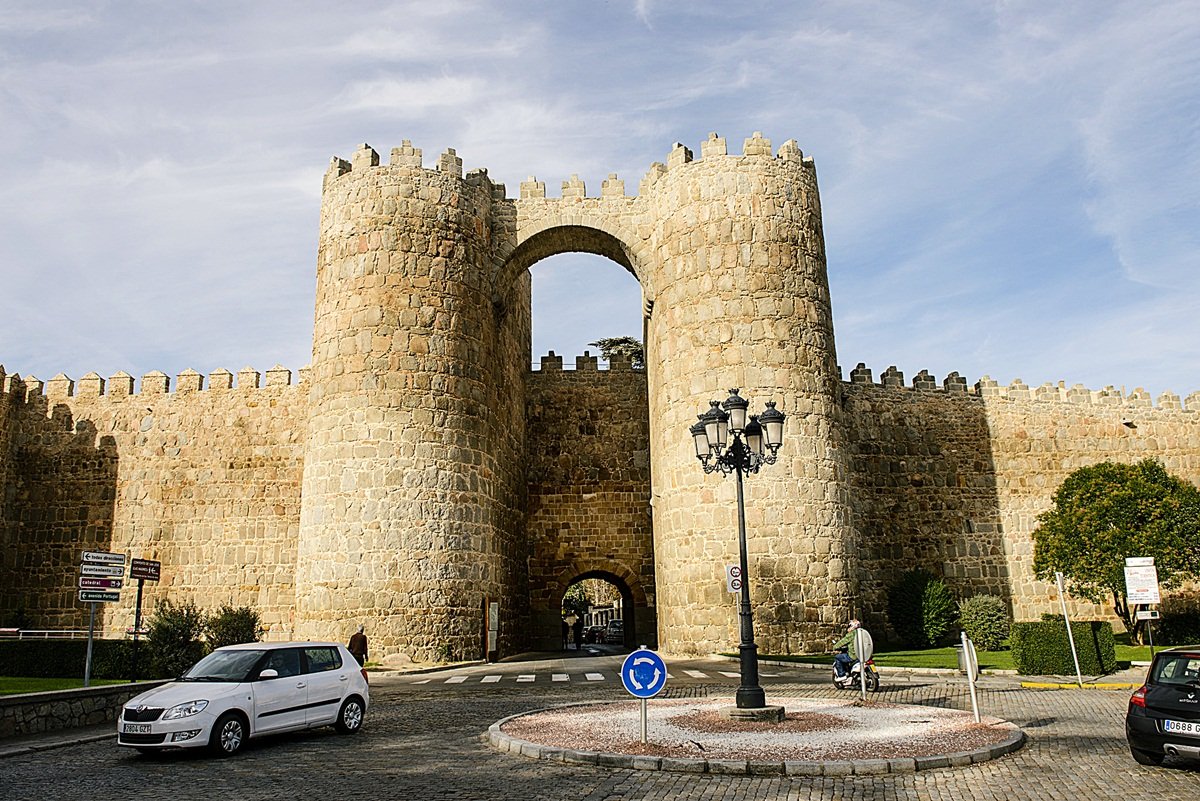 You can walk half-the circumference of the walls during the day. At night, the fortification is lit up by halogen lights, making it the “largest, fully illuminated monument in the world.”

The walls are lit by orange-yellow halogen light at night 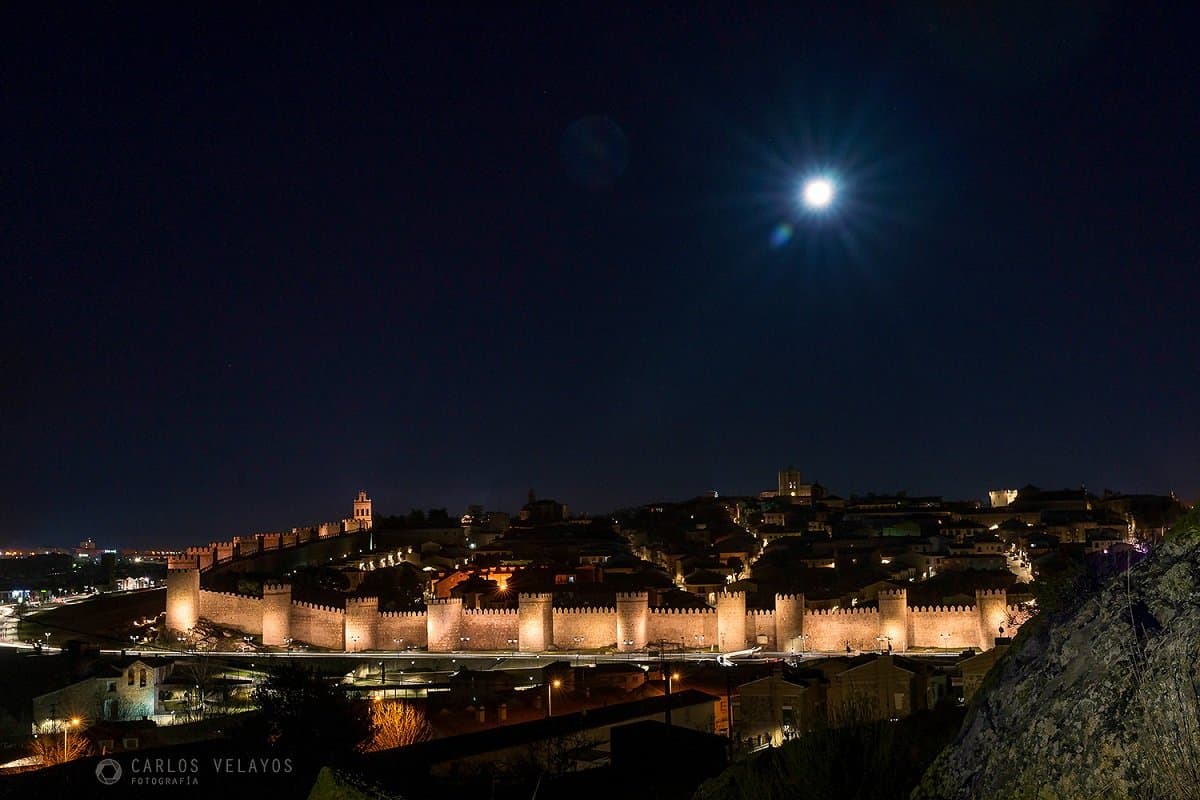 In 1985, the Old Town of Avila was declared a UNESCO World Heritage Site. To date, it is one of the most visited tourist spots in Europe.