There is little doubt that all teachers are real-life heroes. However, one teacher went above and beyond his call of duty. The educator noticed that a student was wearing an oversized uniform as well as shoes that were too big for the child. When he found out that the uniform belonged to the boy’s older brother, the instructor decided to help the kid.

Mohd Nasir Mohd Zain of Malaysia noticed that a Grade 3 student was having trouble with his uniform as he walked across the schoolyard. At close inspection, Zain realized that the uniform was way too big to belong to the small child. When the teacher asked about the clothes, the student admitted that it belonged to his older brother who was in sixth grade. The boy was also wearing shoes that were several sizes bigger than his own feet.

The boy was wearing baggy pants that would slide down when he walked. 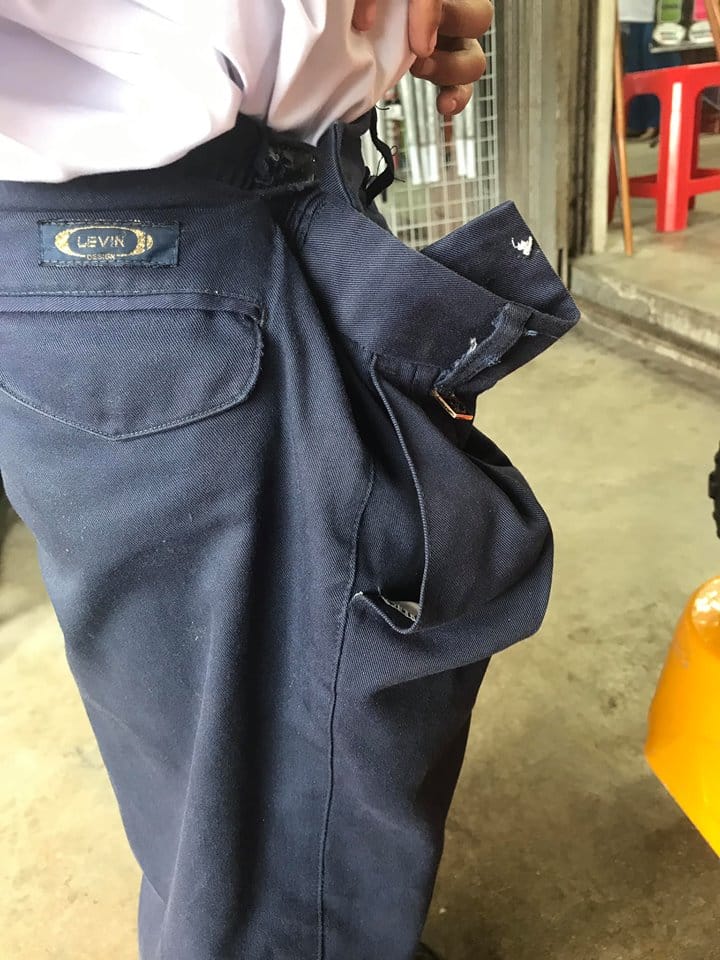 He couldn’t walk properly because his shoes were too big for him. 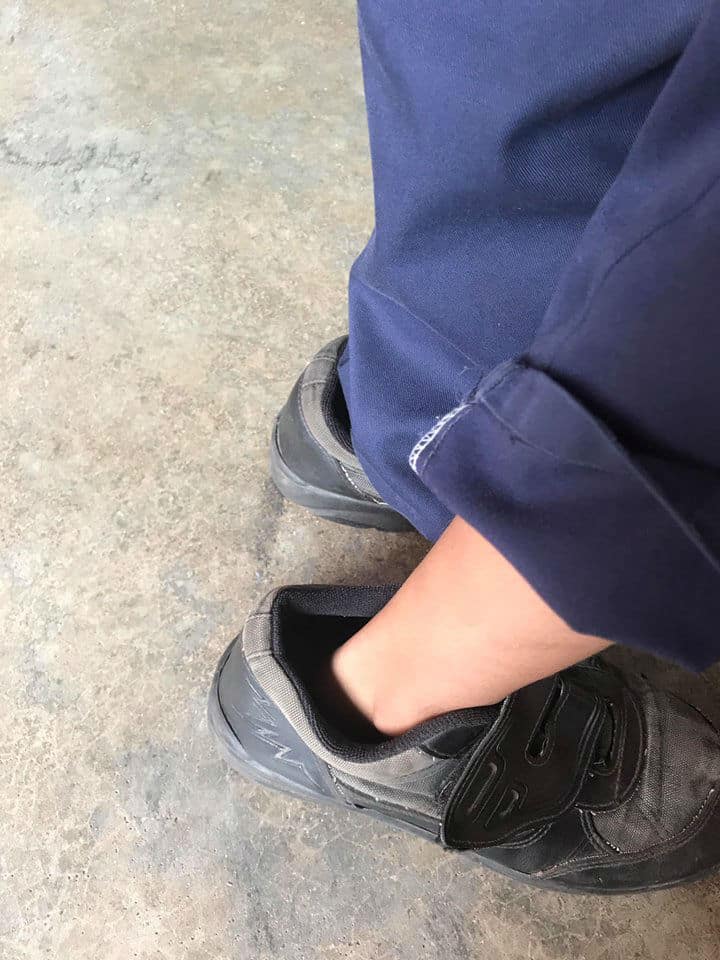 The child was not one of Zain’s students. However, he decided that he needed to help the boy, who was clearly embarrassed by his oversized clothes.

Zain asked permission from the principal if he could take the student to a store that sold uniforms. The teacher then brought the boy to the nearby town of Kepala Batas where they could purchase some clothes.

The educator then bought a set of uniform that would fit the child properly. Not surprisingly, the young student was delighted with his new uniform and shoes.

The boy finally had a uniform that actually fits him. 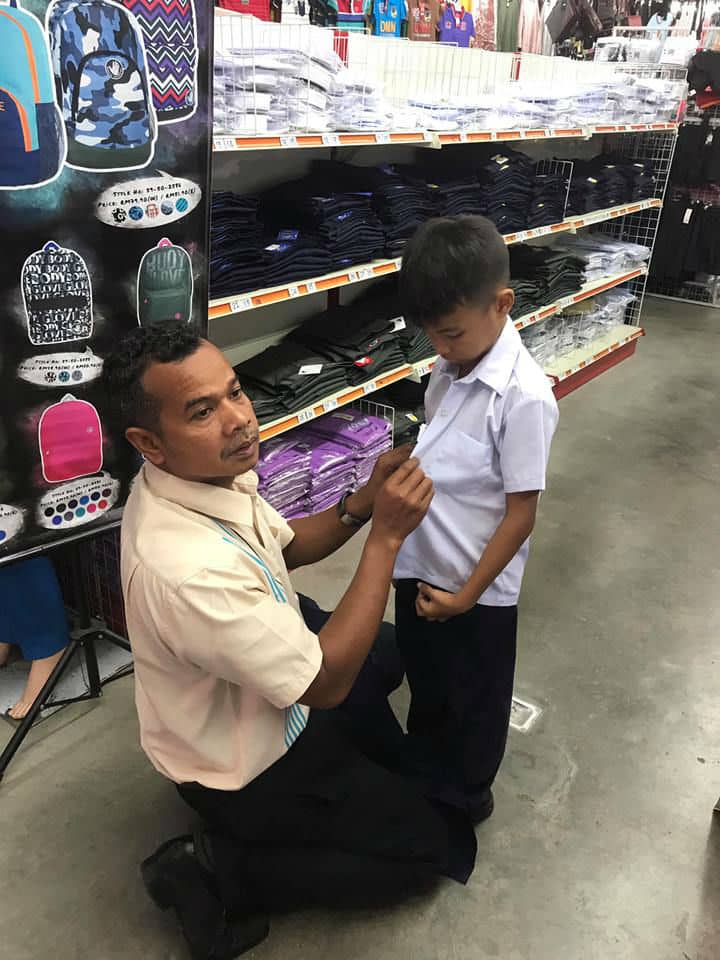 There is little doubt that the child is grateful for the generosity of the teacher. 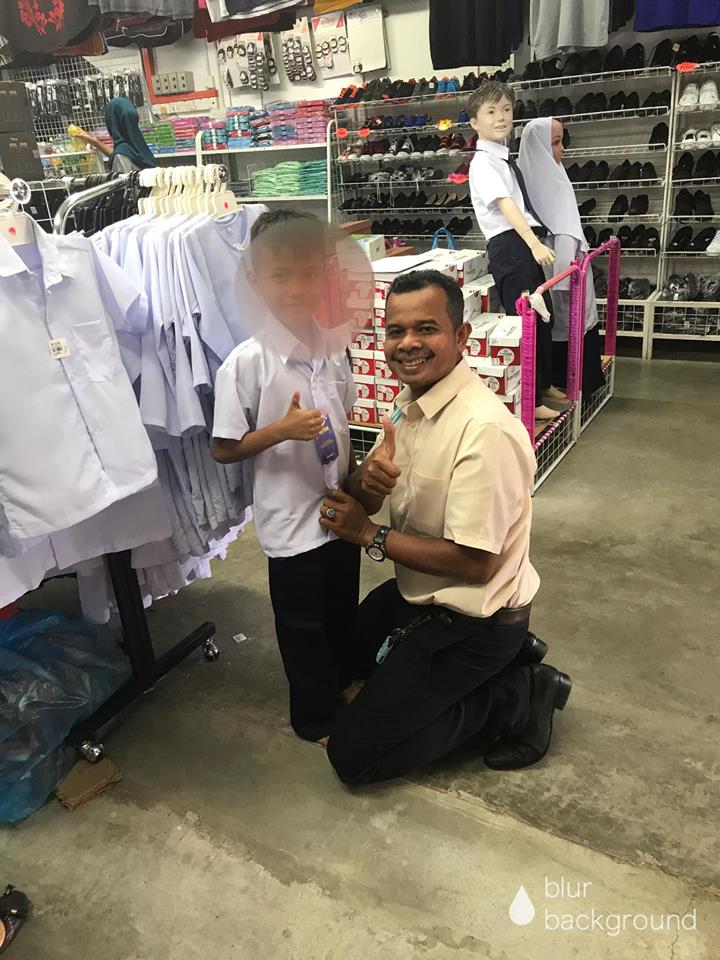 Netizens were moved by the teacher’s selfless act of kindness toward a child that wasn’t even his student. People praised Zain for his actions and hoped that there would be more educators like him in the world.

Zain’s gift to the boy did more than just provide him with a uniform that fits. It also helped in giving the child more confidence when going to school.

What do you think of this awesome teacher? Let us know in the comments below.