A current affairs undercover show in Sweden called Kalla Fakta (Cold Fact) reveals the terrible and embarassing experience some Swedish girls go through to prove their chastity. Religious families would force their daughters to undergo a “Virginity Test” before marriage. The doctors who agree to perform the test would even issue a “Certificate of Virginity” to be presented to the family as well as the soon-to-be husband of the girl.

But the horror does not end there. Some doctors even offer to sew up a girl’s genitals to produce an effect similar to virginity or to make the woman bleed after intercourse, which has been falsely associated with virginity over the years. The doctors even admit to performing the test hundreds of times on children, teenagers and adults alike.

The doctor offers to "sew up" the genitals to recreate virginity 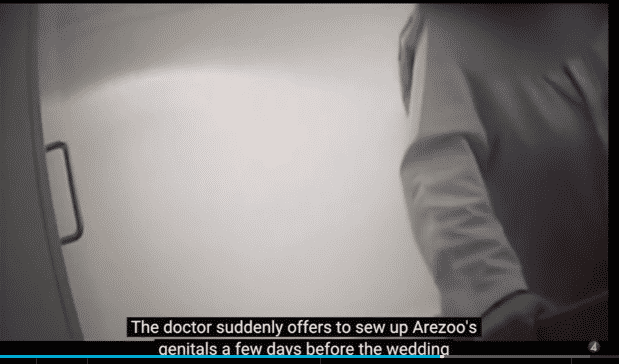 The video was taken when two journalists for Kalla Fakta went undercover as the aunt of a 17-year old girl named Arezoo as accomplice. In the video the girl was seen to be vehemently against the procedure and the doctor trying to convince her into doing it. The doctor even described what is to be done.

Watch a short snippet of the undercover video below.

In the documentary, another victim of the procedure named Sara told her experience undergoing the said test. “I don’t know what other people think, but there’s nothing that proves anything that someone should examine me to see if I’m a virgin. It feels really disgusting.” Sara was forced to have the test at age 13, when she was to be married to her cousin at age 15.

It is appalling that such women’s rights violation is occurring especially in a country like Sweden known to uphold women’s rights. What’s even more disturbing is that this test is being done just for the sole purpose of appeasing husbands that their soon-to-be-wife is a virgin. It is almost a backward step against all the progress made in championing gender sensitivity and equality.

Watch a discussion regarding this shocking practice:

Is this test appropriate or a clear violation of women’s rights? Post your thoughts on the comments section.