In October 2012, the Austrian skydiver and daredevil was involved in the Red Bull Stratos project where he jumped back to earth from a helium balloon. As Wikipedia tells us, his amazing achievement made him the record holder for “maximum vertical speed without drogue, highest exit altitude for a parachutist, and greatest vertical distance of freefall.”

It was truly an impressive feat because his epic jump was at about 127,000 feet.

In case you haven’t seen it yet, you can watch Baumgartner’s supersonic freefall here:

Around the same time, dfacto, a Bulgarian artist posting some of his work on DeviantArt, shared a concept design of a space re-entry suit inspired by Baumgartner’s achievement.

The Felix Re-Entry Suit designed by dfacto, an artist from Bulgaria. 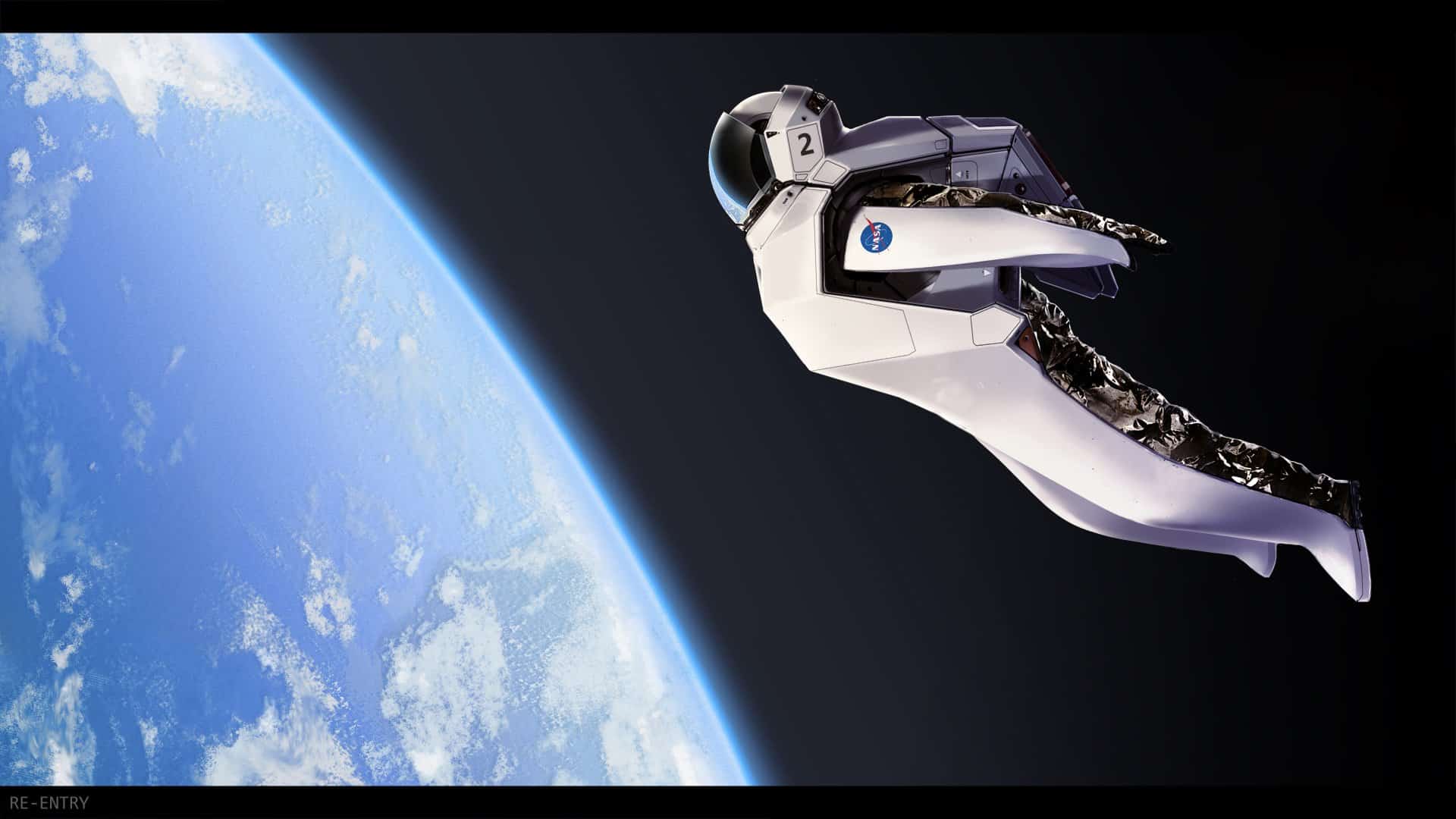 Although the suit looks straight from a sci-fi flick, you have to admit it looks very functional.

He wrote on the description:

Watching the Felix Baumgartner jump was one of the highlights of the year for me. I was really blown away, and this is my homage to that moment: a theoretical look at what advances his jump could bring for space exploration and astronaut survivability. In this case it’s a specialized hardened suit that can allow for re-entry from low earth orbit. Not a jump you want to make, but when you have to you’ll want to be wearing this suit.

You can check out the rest of dfacto’s illustrations on his DeviantArt gallery. He’s usually posting designs for weapons, robots, and even futuristic artcrafts there so if you are into those sort of things, you’ll surely dig his stuff.