Just a week ago, we shared with you that heartbreaking story about the baby dolphin that unfortunately died from dehydration after beachgoers in an Argentine resort passed it around for, well, a selfie opportunity. And there’s the news about 2 peacocks that died after Chinese tourists Passed it around for selfies

Needless to say, that was a very cringe-worthy piece of news that you’d think people would actually learn from it.

Sadly, humans are hard-headed. Well, some of us anyway.

Like this guy in the video below who appeared to be dragging a shark out of the water, pins it down on the shore, and then poses for some photographs.

This guy dragged a shark out of water, pinned it down, and then posed for photos. 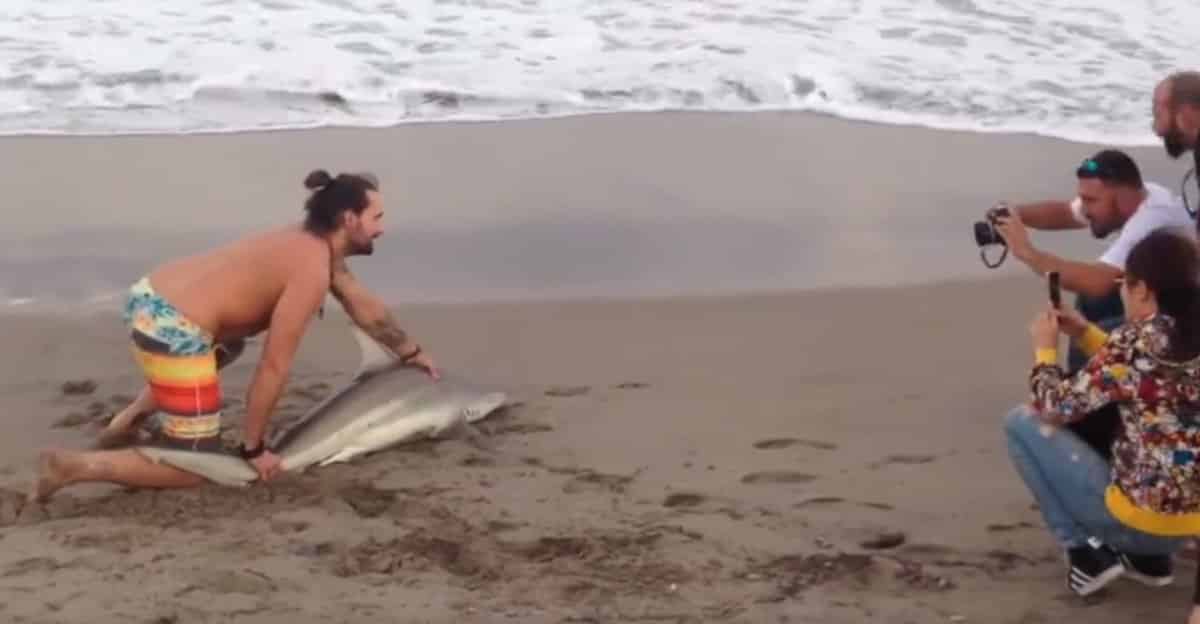 Well this latest incident happened on Palm Beach, Florida and journalist Ashleigh Walters posted the short clip on Facebook. In the caption, Walters wrote that the “shark was put farther into water after end of video. It did not resurface for several minutes.”

“Although there are restrictions on certain species and sizes of sharks, it is legal to catch-and-release over a dozen different species of shark within the Sunshine State, according to the Florida Fish and Wildlife Conservation Commission.”

Still, netizens across the world were quick to express their displeasure about what they saw.

“Legal or not, that is just cruel and selfish.”

Brent Barcena, on the other hand, pointed out:

“Amazing no one stepped in immediately and told this ahole to stop what it was doing and release the shark. People are so afraid to go against the grain to do what’s right.”