The world is becoming a scarier place, with desperate people doing the most horrible thing they can think of just to take advantage of other people. You might even wonder how other criminals can think of something brilliant just to carry out their motive.

Scams can be done by anyone from anywhere around the world. The crooks would either rip off people by talking to them personally or even through social media, which is also popular these days.

But there’s one scam that’s becoming alarming, especially since it involves a person that we usually trust – utility workers. This scam has undoubtedly put these workers in a bad light, but in various countries, shady people have done it and people need to be aware of these things just to be on the safe side. 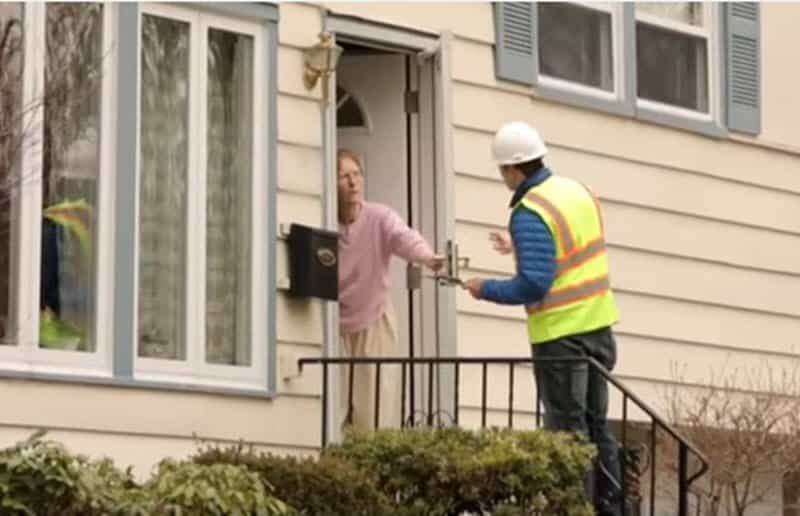 You wouldn’t think of anything suspicious about a utility worker, who starts knocking on your door gently, and then informs you that your bills are long overdue. Then they begin to ask you for money so you can pay off your dues, or else you’ll have your power cut off.

These things can happen to you, to anyone. ABC News reported that one man was even arrested after he was found to have disguised as a utility worker. In a separate case, an impostor even held his victim at gun point. These situations can escalate pretty quickly and might even result in a violent encounter.

ABC News’ Gio Benitez shows you just how easy it is for crooks to deceive unknowing victims – all it takes is a person with a friendly face, the proper gear (clipboard, radio, pen, etc) and a convincing outfit.It’s surprisingly alarming how easily these residents invite in a total stranger.

Check out the video and see what you can do to avoid becoming a victim of this scam.