When out partying with friends, never get too wasted, or else you’ll be at the receiving end of a terrible prank.

This was the bitter lesson a man from South Wales learned the hard way when he woke up with a prank tattoo after a night of hard partying. The man was out on a stag weekend in Blackpool when he got the eyeglasses tattoo after a dare.

Thinking it was just drawn using a marker, the man tried to wash it off, but to no avail. It was then that he realized that the markings on his face was actually a tattoo. According to him, “I had no memory of getting the tattoo because I had gone out celebrating and it happened when I was drunk. Waking up the morning after, I thought someone had used a permanent marker on my face.”

This is what happens when you party too hard. 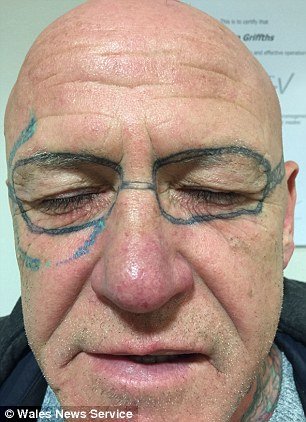 The tattoo even had “RayBan” written on the sides. So much for attention to details. 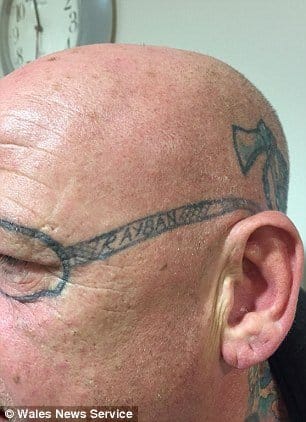 Going out in the public after having the tattoo became a nightmare. The man added, “The next morning I really started to think about what my family and friends thought. I didn’t want them to be embarrassed when they were out with me, so I decided there and then I was going to get it removed.”

It took six treatments before the tattoo was completely removed from his face. 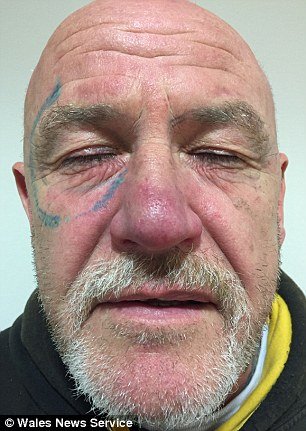 He then visited a beauty clinic in Swansea to have the tattoo removed, which required a total of six treatments. Two years, six treatments, and several hundreds of dollars later, the tattoo was finally completely removed from the man’s face.