It’s been over three decades since the Chernobyl nuclear accident occured in Soviet Union. The tragic explosion happened back in April 1986 when an explosion occured during an intentional late-night power shut down to conduct safety tests. Fire resulted and Europe had to suffer from an updraft of radioactive materials for the next 9 days

According to history, Chernobyl is the most catastrophic nuclear power plant accident ever, in terms of casualties and damages. Now 32 years later, a photographer from Bucharest, Romania visited the site and took some photos to show us what the place looks like now. 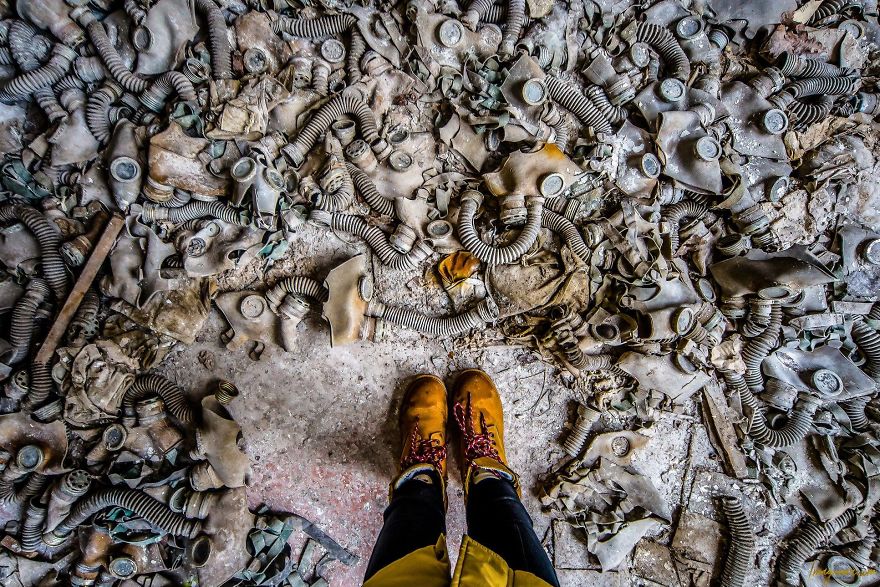 In a BoredPanda feature, Dumitru shared:

“I always wanted to visit this place. And in March 2018 I finally got here.

“I must tell you that the Chernobyl town is inhabited by the power plant workers. The power plant is still functional, except the reactor number 4.

Scroll down below to see more of Dumitru’s images: 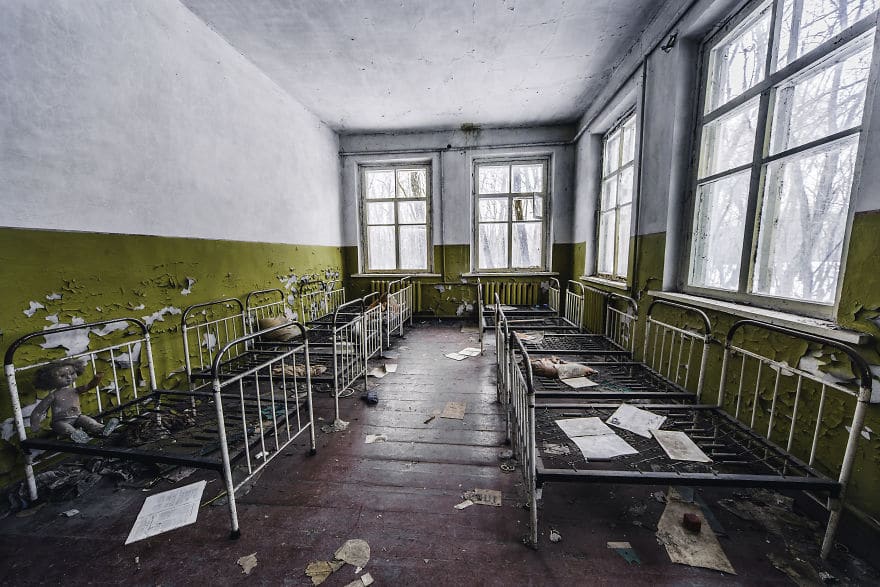 #2. Another Kindergarden That Has A Room Full Of Gas Masks For Kids 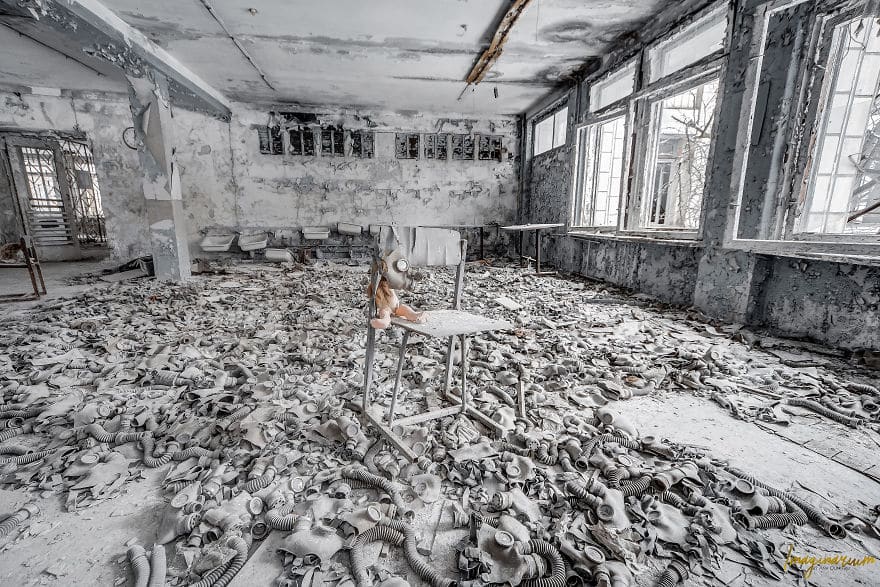 #3. A Used Gas Mask Found In One Of The Schools In Prypiat 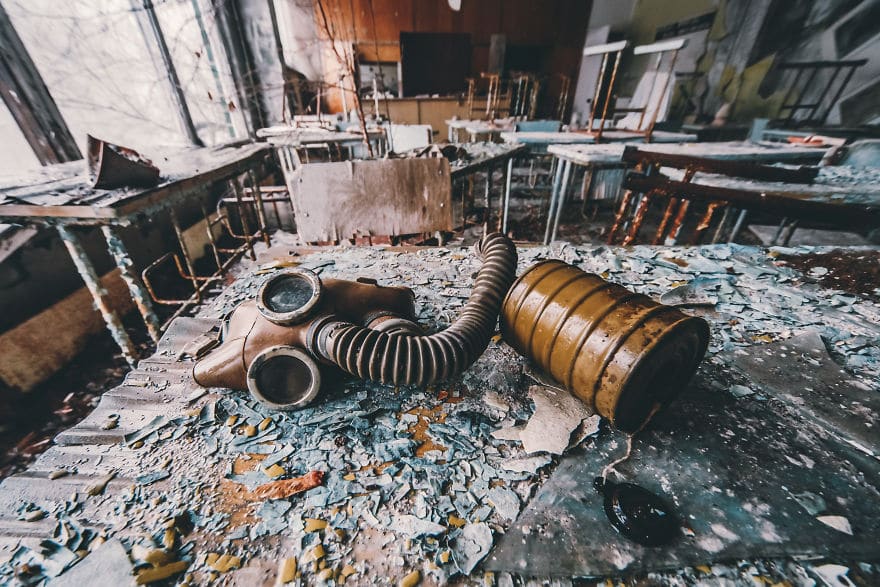 #4. This Is The Monument Dedicated To The “Liquidators”. Liquidators Are More Than 800,000 People Who Have Been Working On Cleaning Up Contaminated Areas 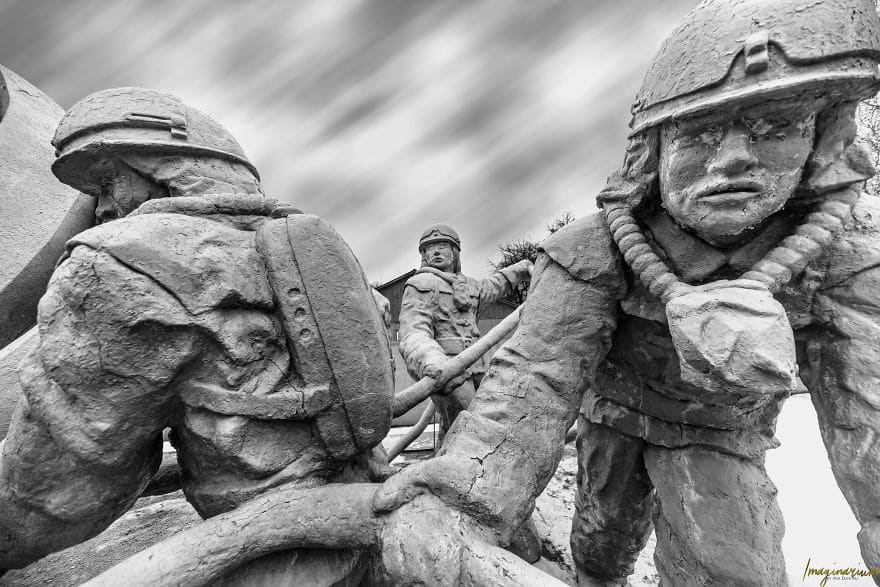 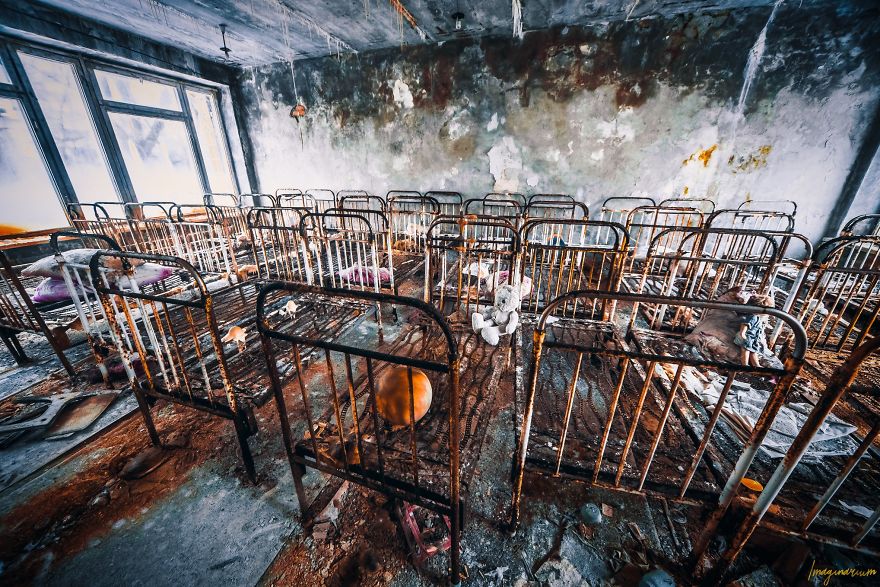 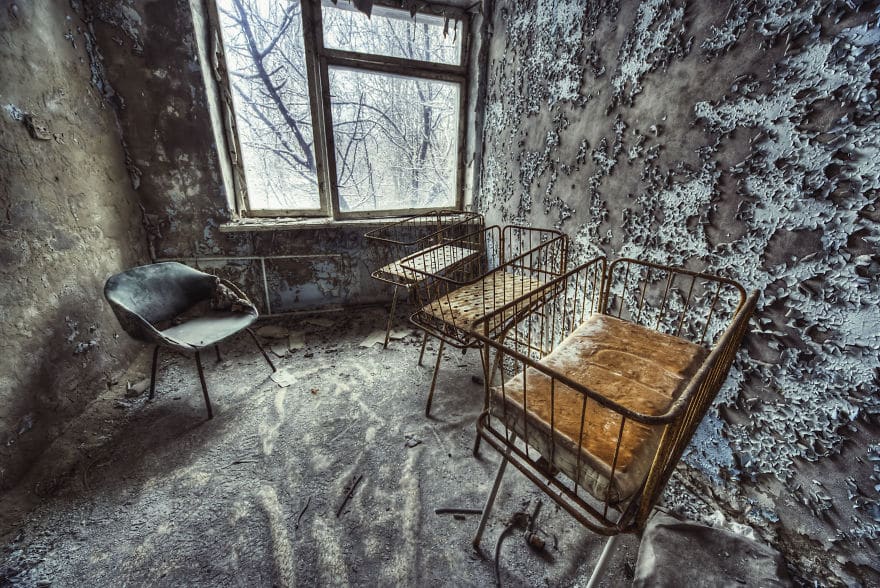 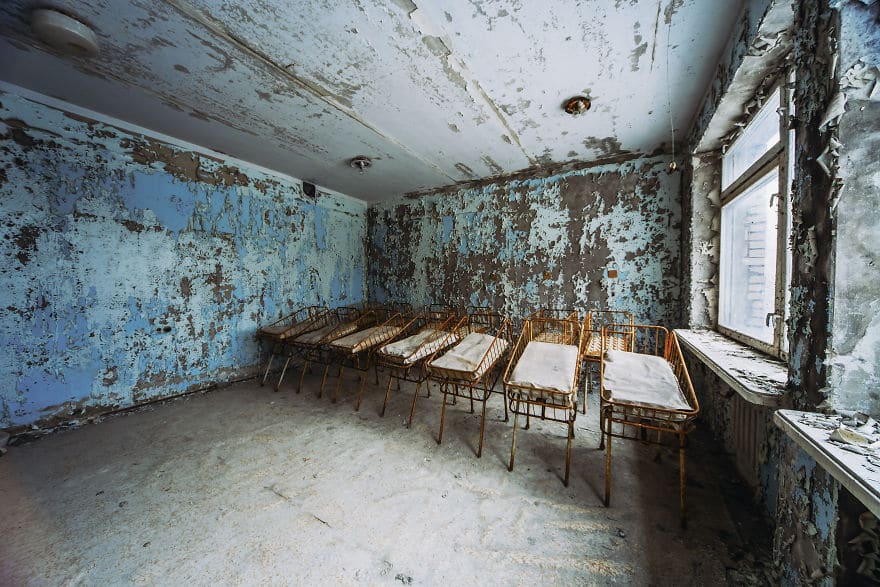 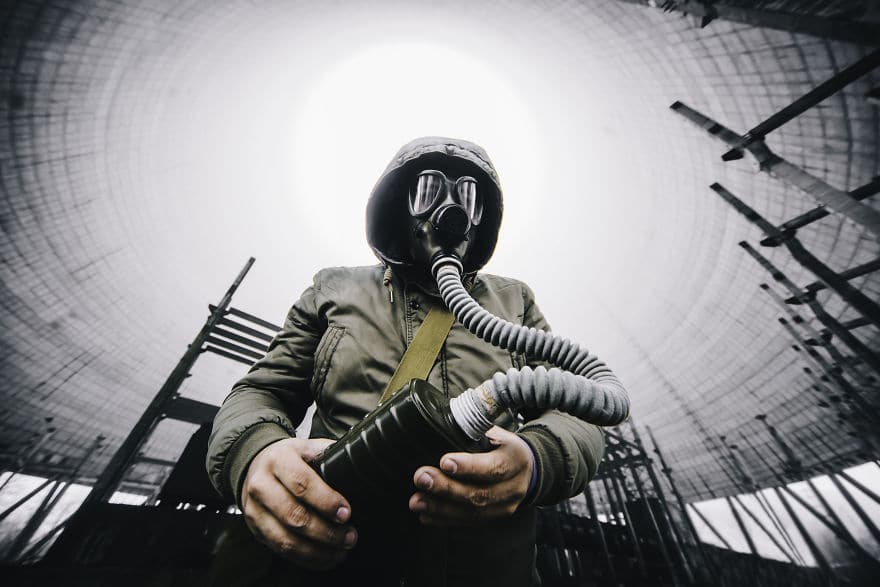 #9. Also In The Kindergarden 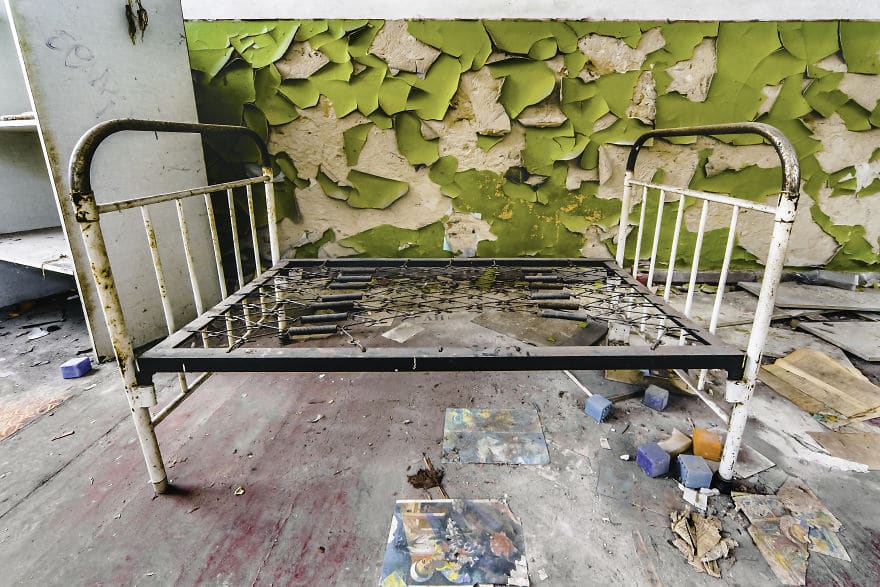 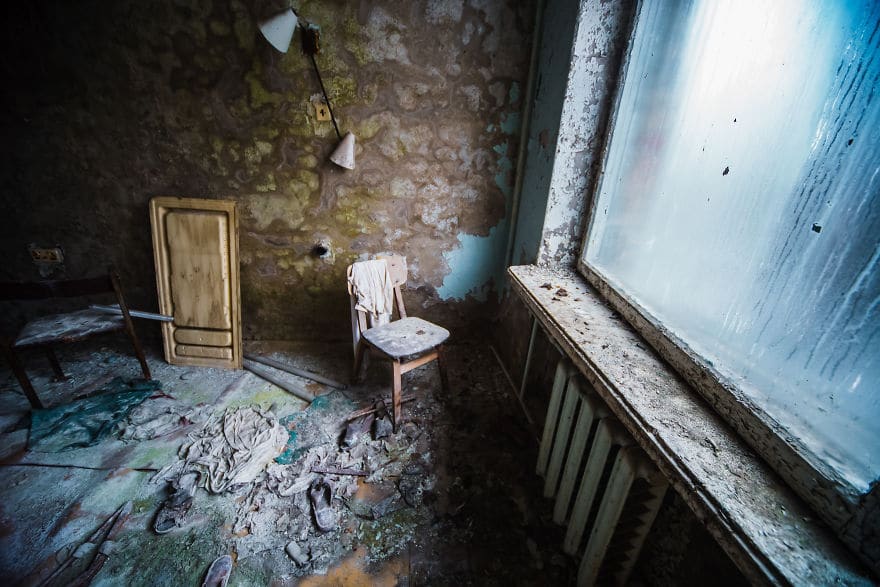 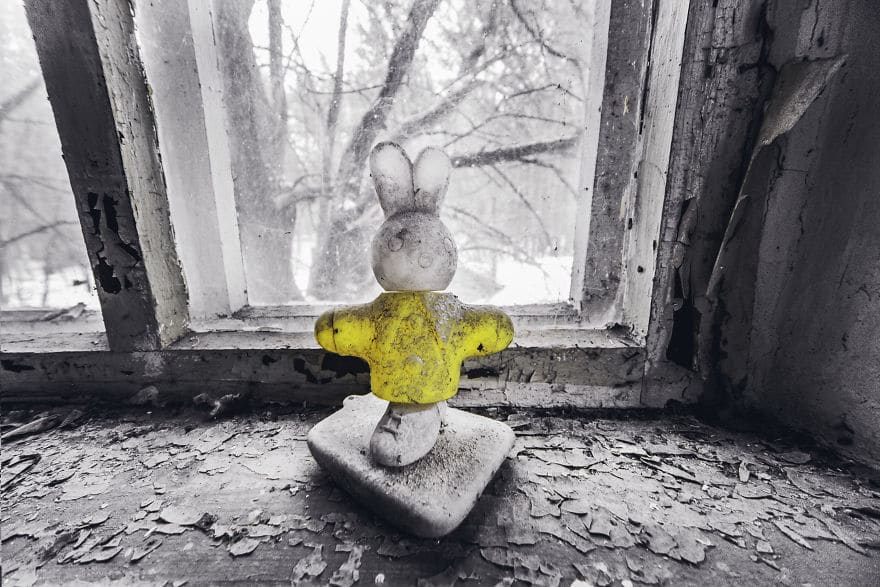 #12. One Of The Hospital Salons 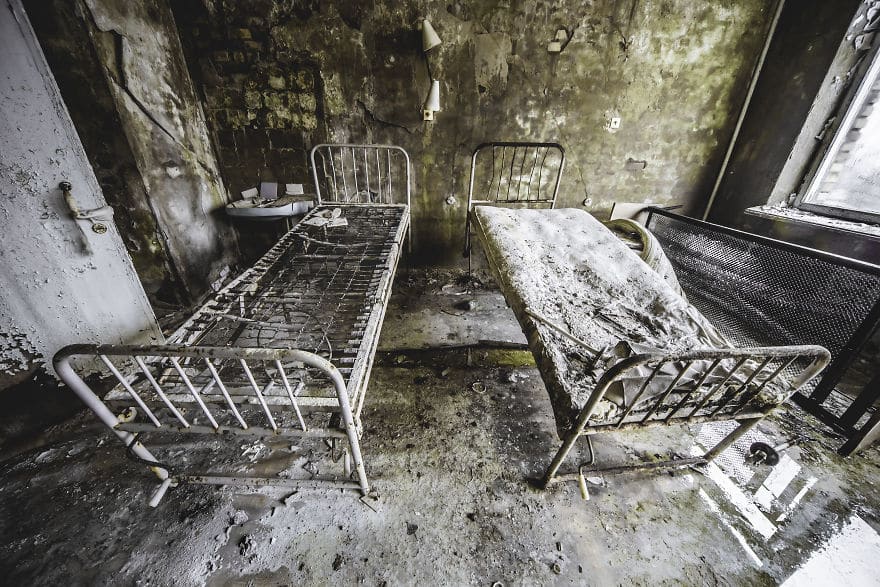 “The vegetation is taking back its place and many trees began to grow through the concrete walls.

“SO… when you get there you have a feeling that the time stopped 32 years ago. Almost everything is left untouched. So you realise how small and fragile we are. You can die at any moment or you can leave all of your earnings in one place, where you never come back and you must start again only with the clothes that are you wearing.

“It’s thrilling to be there and see… no words can describe. You are invaded by emotions.”