Back in 1840, a physics professor at the University of Oxford named Robert Walker acquired a unique apparatus. It was a battery designed to propel a hanging metal ball back and forth, between two small bells. It has since been known as the Oxford Electric Bell or Clarendon Dry Pile.

The bell has been ringing continuously for 178 years since it was acquired – although inaudibly as it is stored behind two layers of glass. The Oxford Electric Bell is currently displayed in a corridor adjacent to the foyer of the Clarendon Laboratory at the University of Oxford in England.

The bell is said to have rung over 10 billion times. 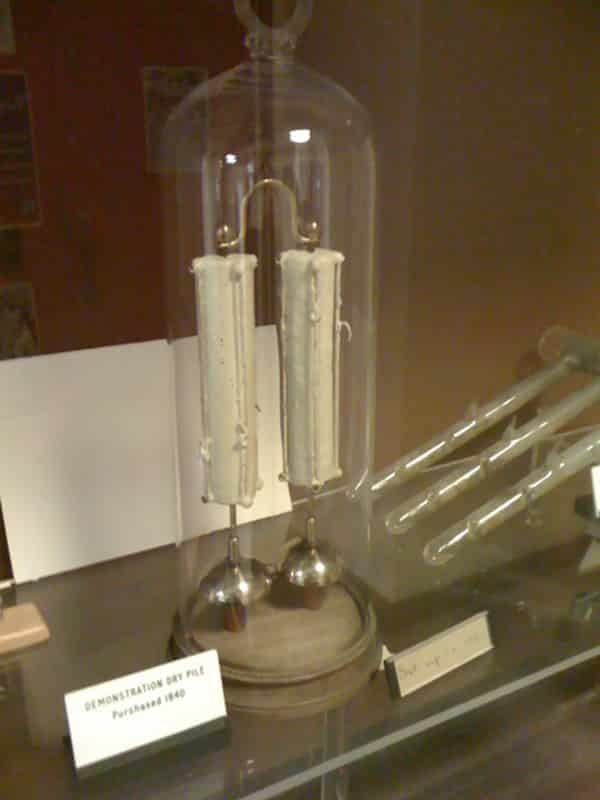 The device was built by Watkins and Hill, a London instrument-manufacturing firm. It has a note attached in Walker’s handwriting that said: “Set up in 1840.” It has also been dubbed the “world’s most durable battery” by the Guiness Book of World Records and the “longest running science experiment” by Mental Floss.

The whole setup consists of two brass bells placed beneath a dry pile (a form of battery), with the pair of piles connected in a series. The clapper is a metal sphere suspended between the piles, which rings the bells alternately using electrostatic force.

As the clapper touches one bell, it is charged by one pile, and then it is electrostatically repelled and becomes attracted to the other bell. On hitting the other bell, the whole process repeats itself.

The exact composition of the dry piles remains unknown however. 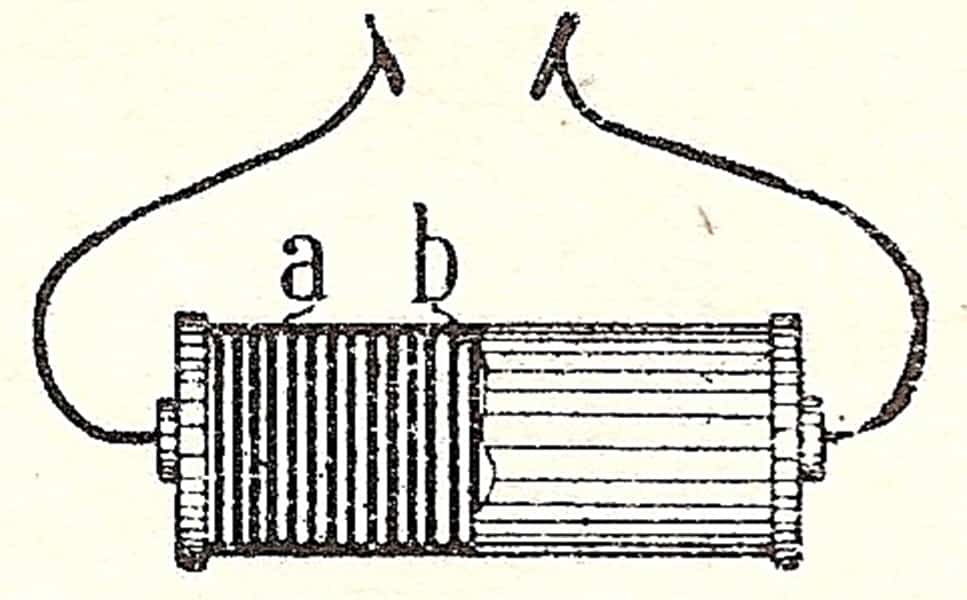 Dry piles are one of the first forms of electric batteries. It was developed in the early 19th century by priest and physicist Giuseppe Zamboni.

Although it would be helpful to find out more about its composition, opening the Oxford Electric Bell will disrupt the experiment, which aims to see how long the device will actually keep working. Researchers who want to further study the Oxford Electric Bell will most likely have to wait until the battery finally loses its charge or the device breaks down from old age.