A Melbourne-based barber wanted to have a clean start. In order to do this, he decided to give homeless people a clean cut.

Dubbed as “The Streets Barber”, Nasir Sobhani was spending about $300 to 400 a day on cocaine to mask his hatred of himself. To battle his drug addiction, Sobhani offers free haircuts to homeless people during his free days. During the haircut sessions, Sobhani gets to listen to their stories inspiring him to embrace his new life and have a clean start.

“That’s why I started cutting hair. I love it so much, it became my new way of getting high, man. It’s my new drug,” he said. 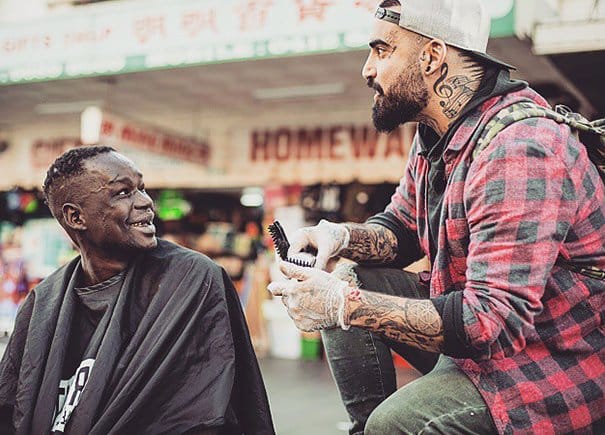 His mission “Clean Cut, Clean Start” was inspired by his own battle from cocaine addiction. 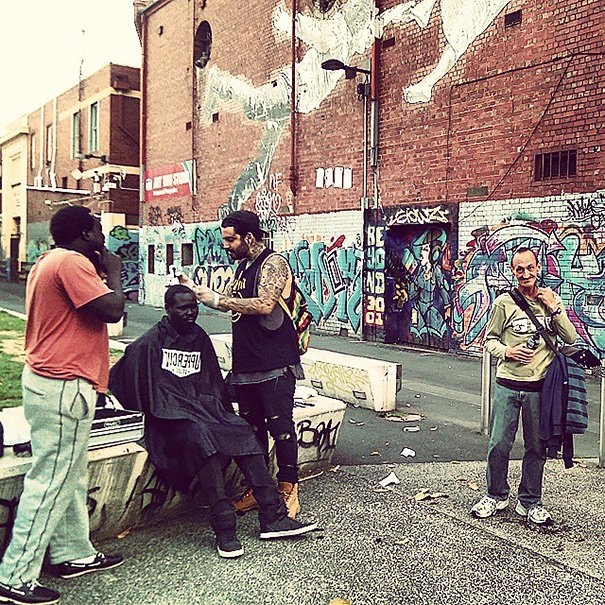 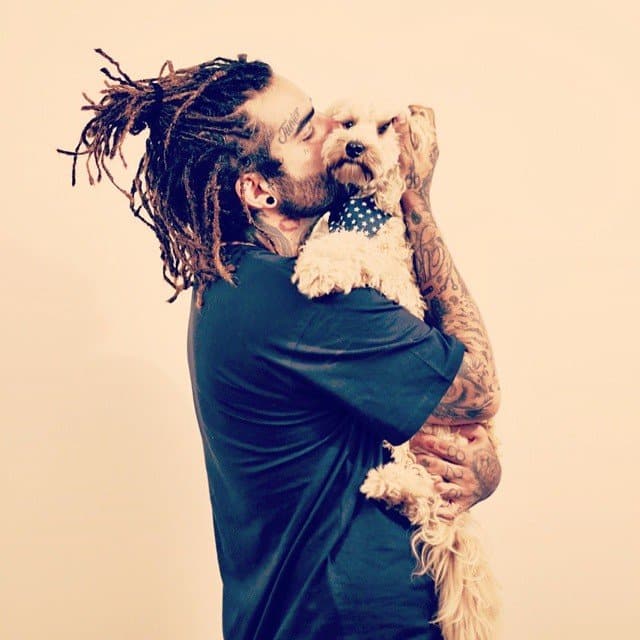 “Now, when I wake up from my bed and stare at that thing, the first thing I get to see is ‘Don’t give up.’”

Cutting hair became his new way of getting high. 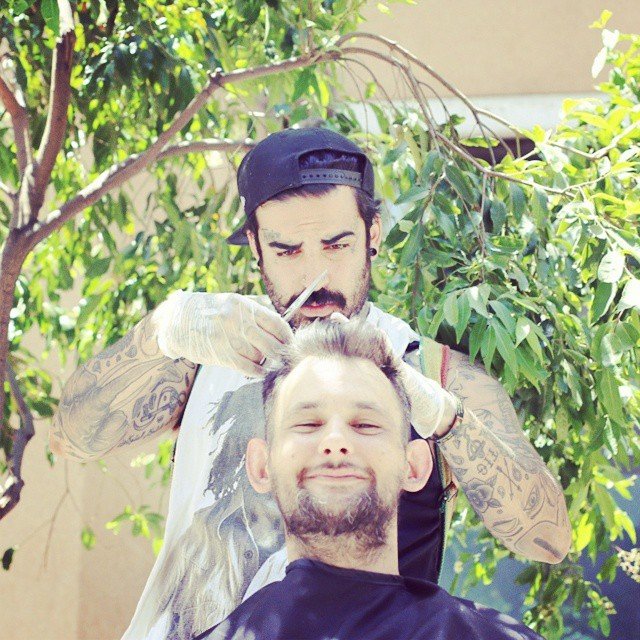 “He has no support system and doesn’t really have friends. He is lonely and just wants people to show him love and accept him.” 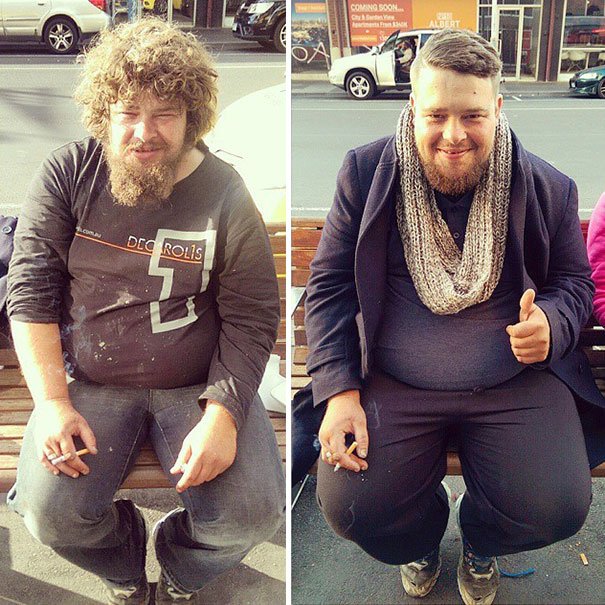 “There was no escape and he had more than he could take, so he took sanctuary to the streets. At the age of 11 he found himself smoking ice and eventually got into heroin too.” 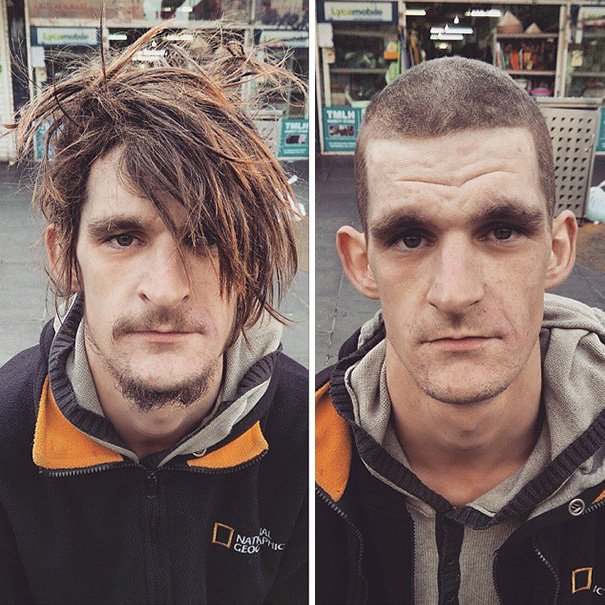 “Distraught, broken, and alone, he was forced to live on the streets in his misery. He took up heroin in order to try his best to mask the pain of heartbreak.” 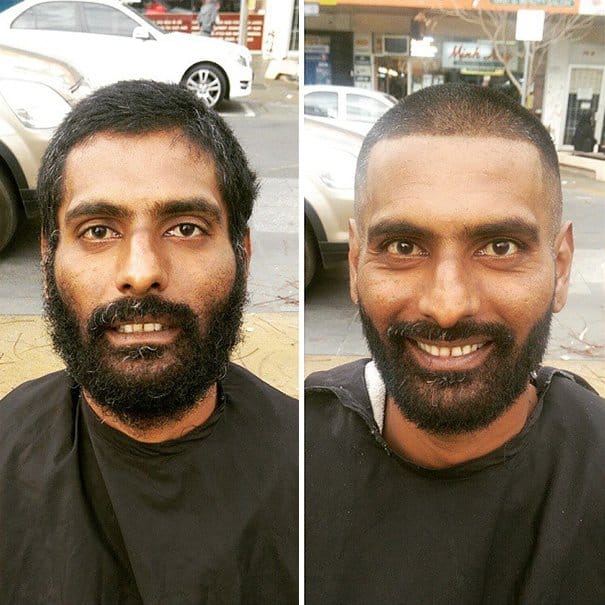 “She didn’t go into too much detail but told me that she really had a rough upbringing and that’s why she ran away and got adopted by the streets. She told me she had been using heroin on and off for 15 years. My heart sank, knowing she was only 28.” 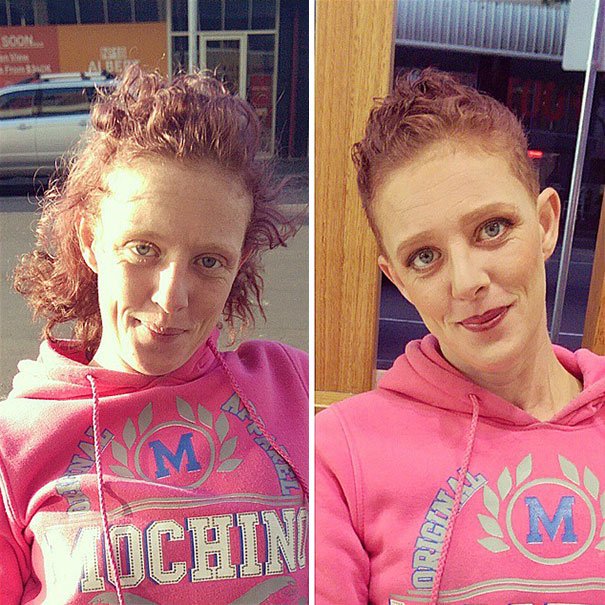 “I may state that many of my street clients are wonderful, sweet and pure souls but I can honestly say that no one, in my experience, has been as kind and and generous as Marcel. He has 4 kids, none of which he gets to see anymore.” 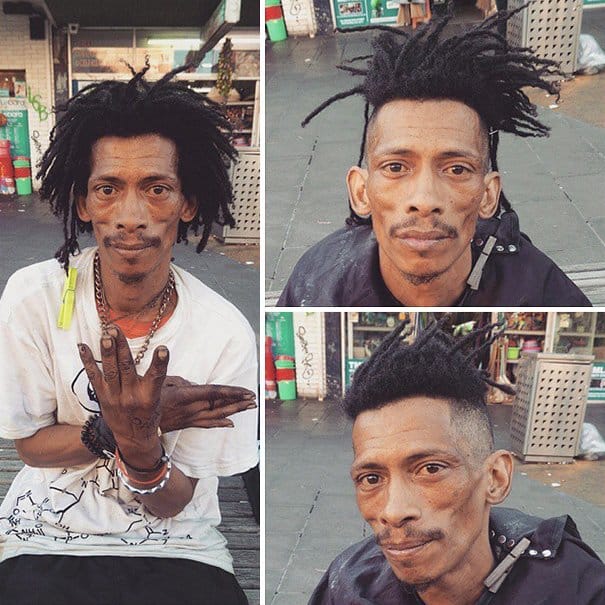 “I’m sure some people would have thought that due to his past he would have stolen from me – but I had faith in him and gave him the benefit of the doubt. He was a genuinely good person – you could tell in his heart – it’s just that heroin masked it.” 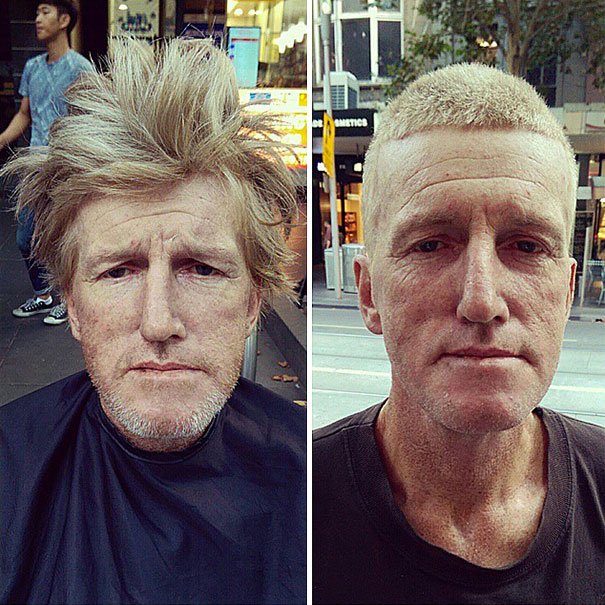 “He’s 33 years old and suffers from cerebral palsy and epilepsy. He is forced to live on the streets because he has no family. When I asked him about homeless shelters, he told me that they couldn’t accommodate him due to the fact that the government requires trained staff on-call 24 hours who are capable of caring and assisting people with disabilities – like Graham.” 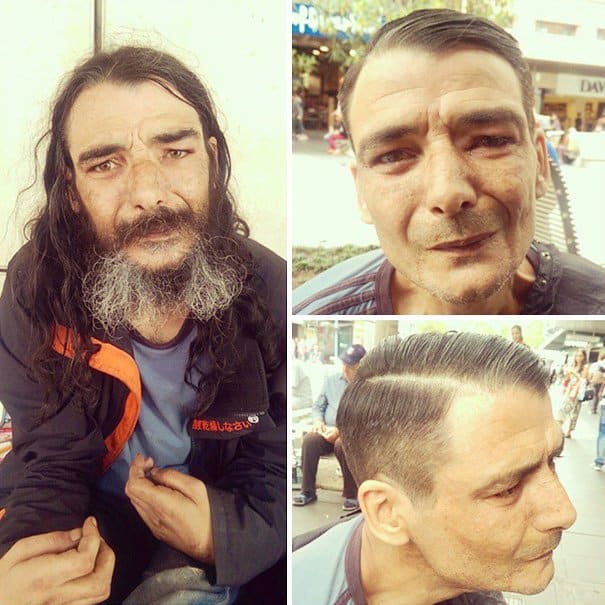 “She looked at the mirror, shook my hand then gave me a hug and said ‘thank you, I finally feel beautiful again’. The thing is I thought she was beautiful before also.” 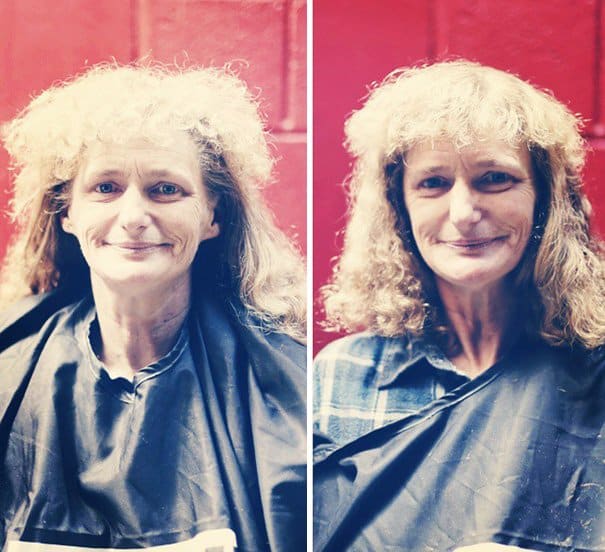 “We began speaking about why he drinks besides the fact that he claimed he loves the stuff and is drunk from sunrise to sundown, and then he told me something very interesting. He said ‘Im alone and have no one to listen to or tell me what to do – and because of that I always get my way’. Because of that, he said, if he wanted to drink he would drink” 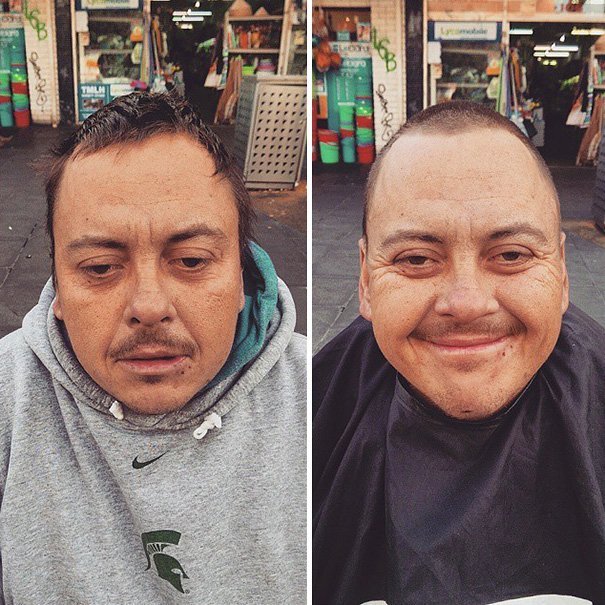 Aside from giving free haircuts, Sobhani leads a weekly group for his homeless clients to get in touch with their sprituality. 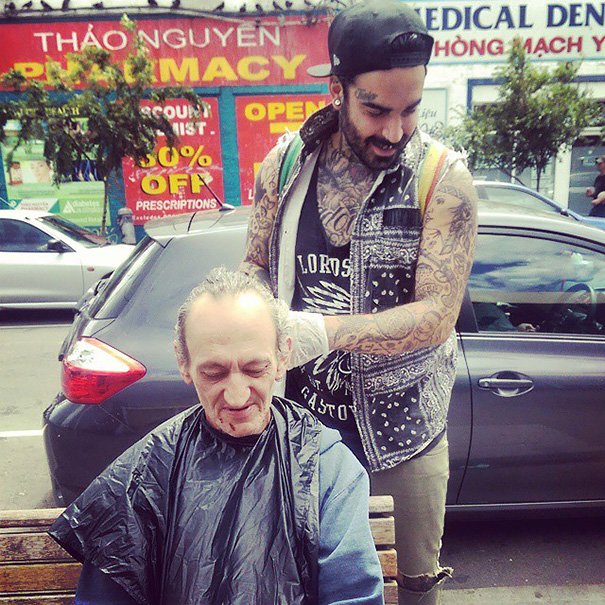