Every child is a blessing- a gift from God.  But in the small town of Dumri-Isri in Jharkhand, India, some people believe that the infant born last April 18, 2015 is indeed “God’s child”.

Ureda Khatun gave birth to a baby boy with four arms and four legs. The people in the community say that the newborn is a reincarnation of one of the most iconic deities in the Hindu religion- the Hindu God Ganesha.

Thousands of religious believers came to see the newborn and worship him as a Hindu God. 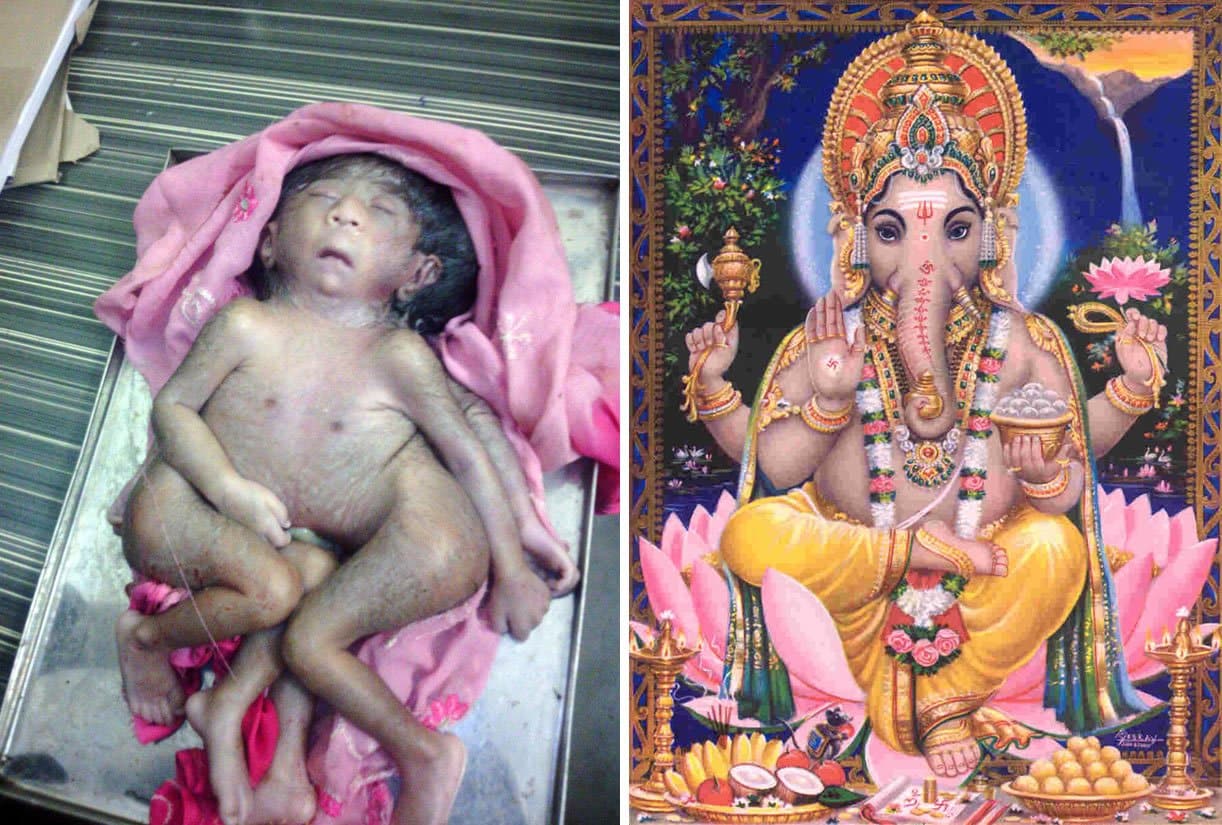 Religious believers flocked the little town to rejoice and worship the child, believed to be the reincarnation of the most iconic and widely-worshipped deity in the Hindu religion, Ganesha, which is portrayed as an elephant with four arms.

A man named Kuntalesh Pandey even travelled 72 miles from Hazaribagh to get a glimpse of the boy.

“When a friend first sent me a picture I wrote it off as photoshopped but when he confirmed that it is real I came to see the baby straight away.”

This is the newborn believed to be the reincarnation of Ganesha, a popular Hindu God. 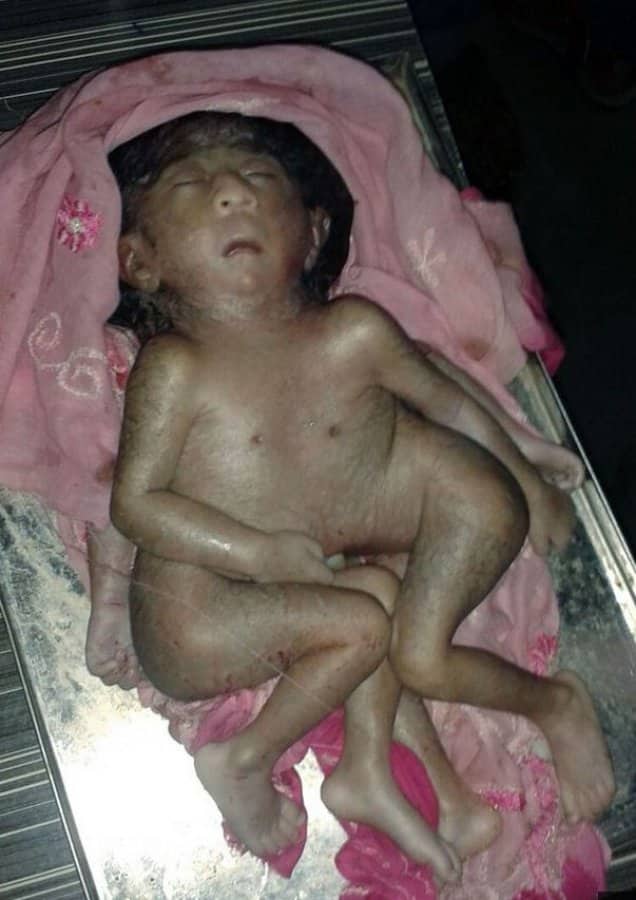 Khatun’s relative stated, “When he first came out we couldn’t believe it. The nurses said he was badly deformed, but I could see that this was a sign from God.”. The relative added, “In fact, this is a miracle, it’s God’s baby.”

Khatun’s doctors insisted that the baby’s appearance resulted from a congenital anomaly. 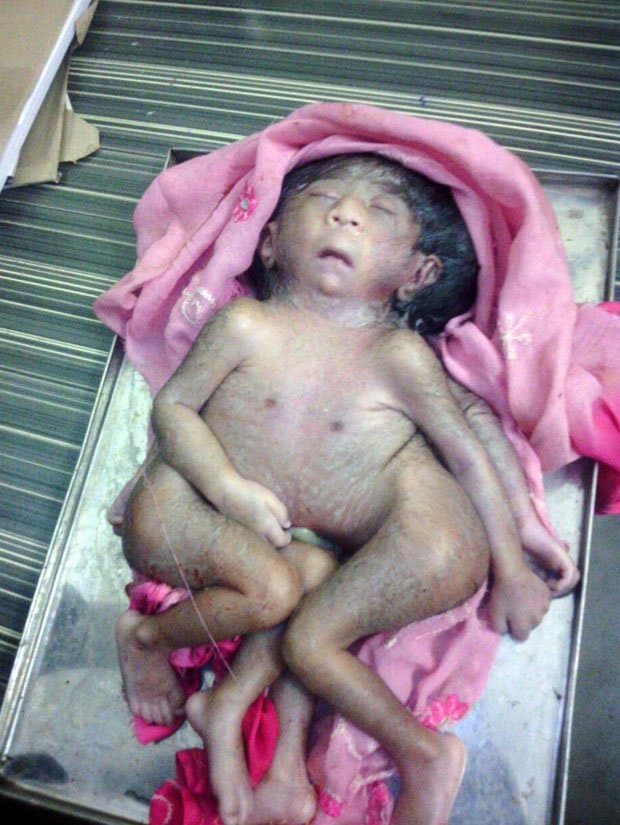 According to the doctors, the deformity is probably due to an underdeveloped twin (conjoined twin). Nurse Sarita Devi said that they are taking great care of the child. But the mother’s condition is yet unknown.

The once idle and quiet town of Dumri-Isri is now flocked with thousands of devotees from all over India who want to take a glimpse of the eight-legged child and worship the Hindu God.

Also in India, a baby girl recently born with a face like an elephant's, was likewise believed to be a reincarnation of the same deity. 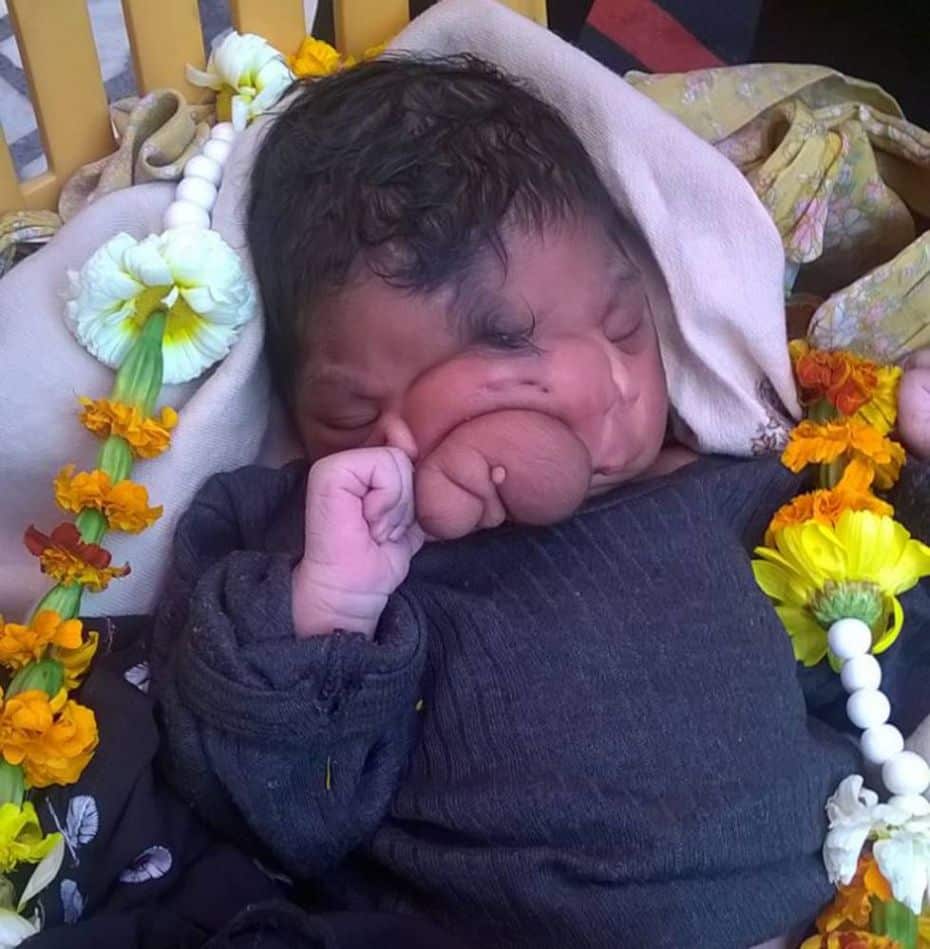