There’s nothing that mother would not do for her child. In fact, one mom from the Philippines took things to a whole new level by hand feeding her son who is addicted to video games.

Carlito Garcia from the Philippines is addicted to an online game called “Rules of Survival.” His mother Lilybeth Marvel Garcia said that she is so worried about her son because he won’t eat when he plays his favorite game. In fact, the thirteen-year-old is so obsessed with “Rules of Survival” that he doesn’t move in one spot and his mom had to go to the cafe just to feed him. 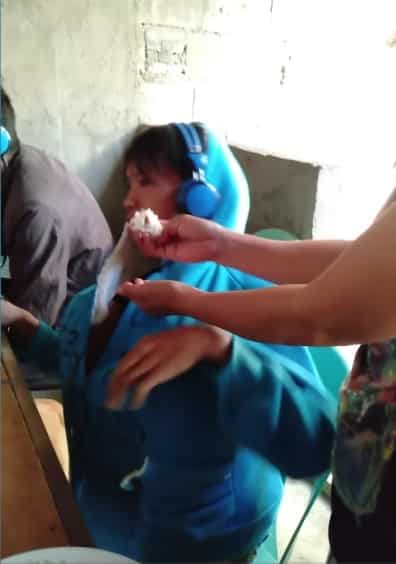 The disturbing moment was filmed and quickly went viral after it was posted on social media. The clip showed Lilybeth feeding Carlito. He was so focused on the game that he just opened his mouth to eat but his eyes were glued to the screen and his hands stated on the keyboard. She seems deeply concerned for Carlito as she says she is worried he may not eat until the following day.

According to Lilybeth, Carlito’s obsession started two years ago.  Now, his addiction became too much that it lead him to skip school.

“He failed all of his subjects on the first grading period of school. I talked to him, and he promised that he would do better next grading. By the time of the second grading period, he was not attending his classes anymore.” 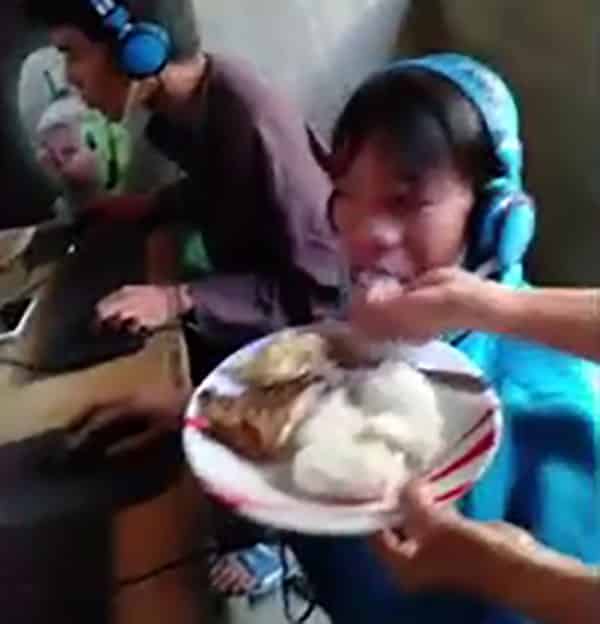 The original video on Facebook has since been deleted because there were a lot of hateful comments directed to her son. Lilybeth then posted a message to say that the video was “just for laughs,” and it should have not been taken seriously.

Fears over their addictive qualities were increased when the World Health Organization classified “gaming disorder” as a mental health condition last year.