A Swedish electrician-turned-model has had a total of six ribs surgically removed in her bid to break the world record for a 14-inch-waist.

Pixee Fox, who originally hails from Stockholm, will go to any length to resemble her hero, Jessica Rabbit. Including spending up to $120,000 for a variety of surgical procedures to alter her look completely. 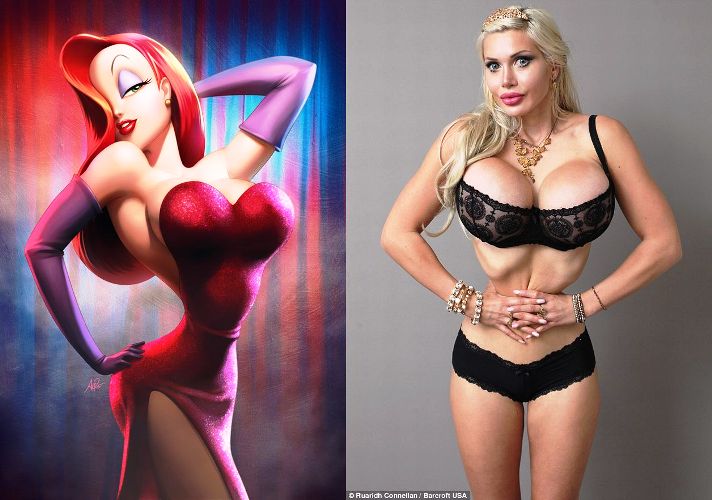 Fox, 25, who has relocated to North Carolina, presumably to be within easy reach of her favored plastic surgeons, now has a comically caricature-ish hourglass figure she is proud of displaying on her Instagram account where she has over 70,000 followers. 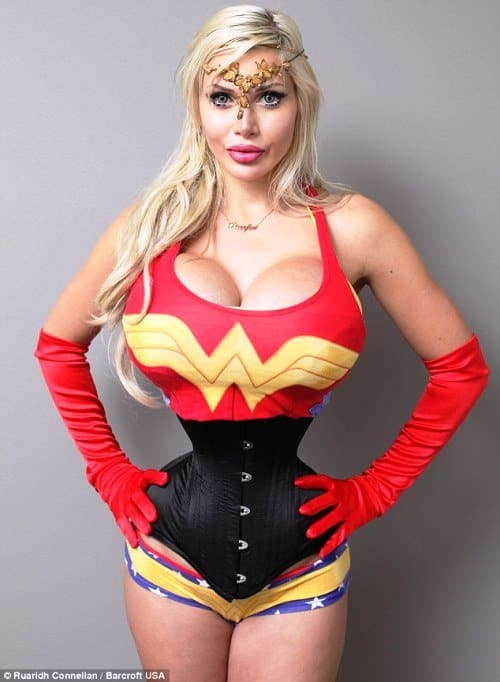 Before her obsession with extensive plastic surgery, Fox was a natural-looking and unassuming blonde whose measurements stood at 30-24-34.

From pretty to plastic. 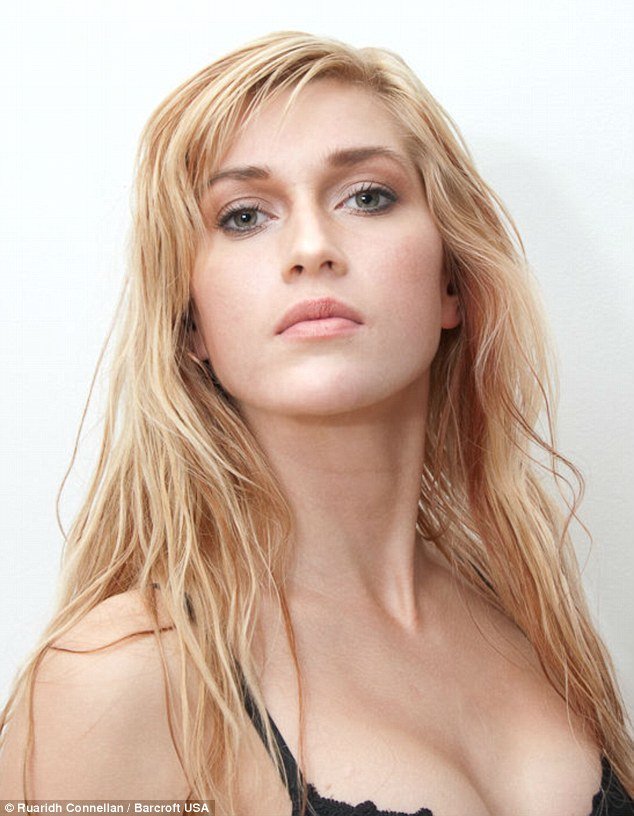 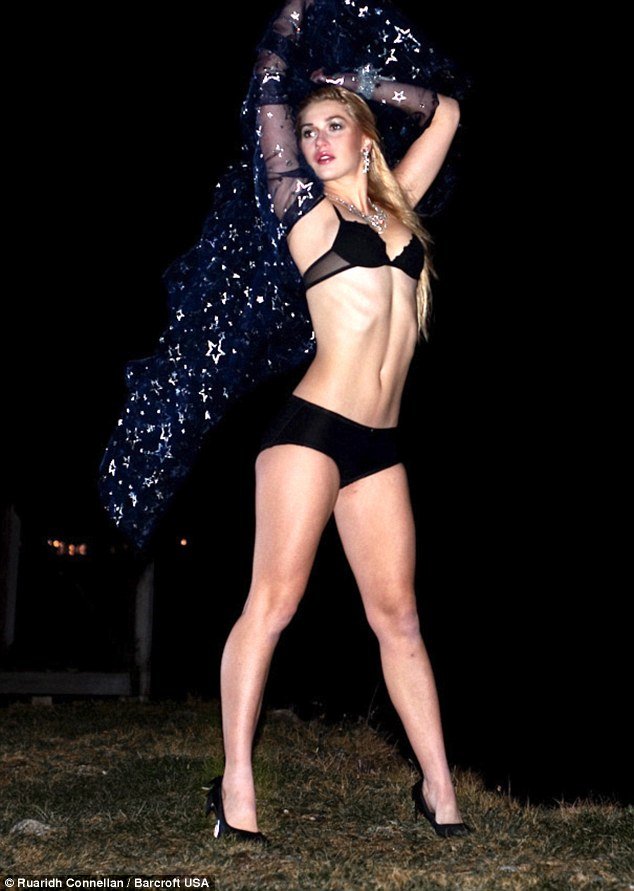 Currently, after having undergone a five-hour keyhole procedure to remove three ribs on each side of her 5’4″ frame, Fox’s figure measures 38-16-39.

The removal of her ribs means a number of Fox’s lower internal organs, including her liver, are now unprotected from harsh outside impacts. 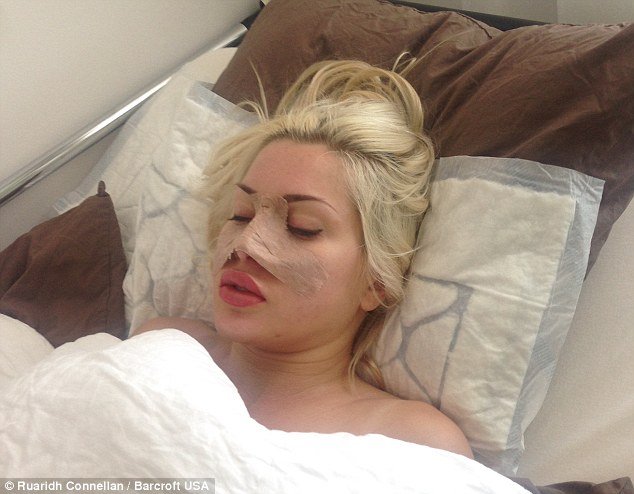 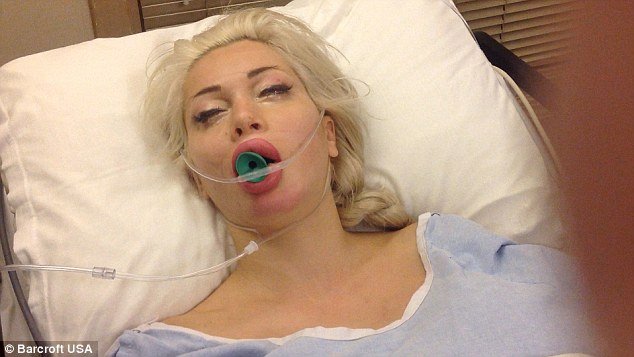 Considering she works out for up to five hours a day, and wears a cruel-looking corset 24/7 to help her reach her 14-inch waistline goal, that risk is a very real possibility. 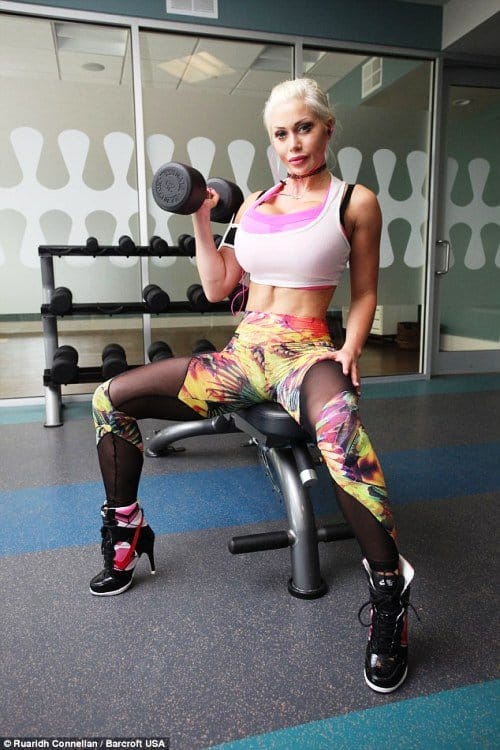 She admits she now finds it impossible to eat a substantial amount of food since the procedure, added to the discomfort of her corset, and she subsists on fruits, nuts, and vegetables blended into a smoothie.

Vegetarianism appears to agree with her. 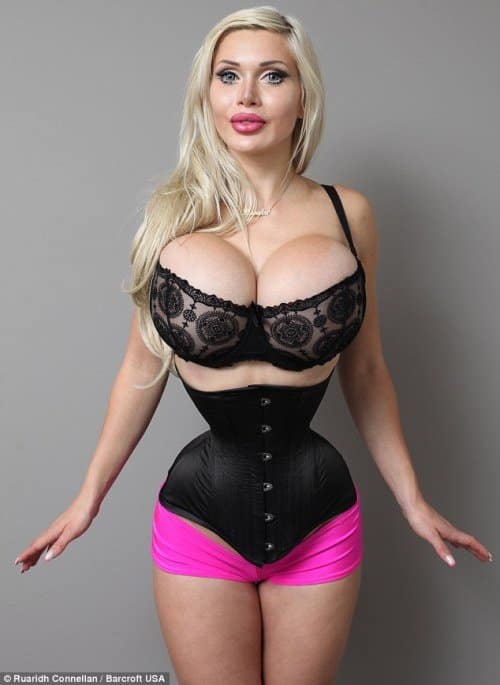 Fox, who describes herself as a body modification artist, considers it her mission to continue sculpting at her body until she achieves a head-to-toe transformation.

Nearing her record goal of 14 inches.

Next year, she plans on getting eyelash implants, butt and hip implants, and even more fat removal to help her exaggerated features pop out even more.

What lengths will you go to to change your appearance?