When we think of chocolate, we think of three main types: milk, dark, and white. Of course, there are other variants with different flavors mixed into them, but these three have always been the basic options. Now, there’s one more type of chocolate to add to the list: ruby.

Ruby chocolate is the real deal because it uses no artificial coloring or flavoring to achieve its natural millennial pink color and slightly fruity taste. This new type of chocolate comes 80 years after the creation of white chocolate.

Barry Callebaut AG, the world’s largest cocoa processor, has come up with the first new natural color for chocolate in 80 years. 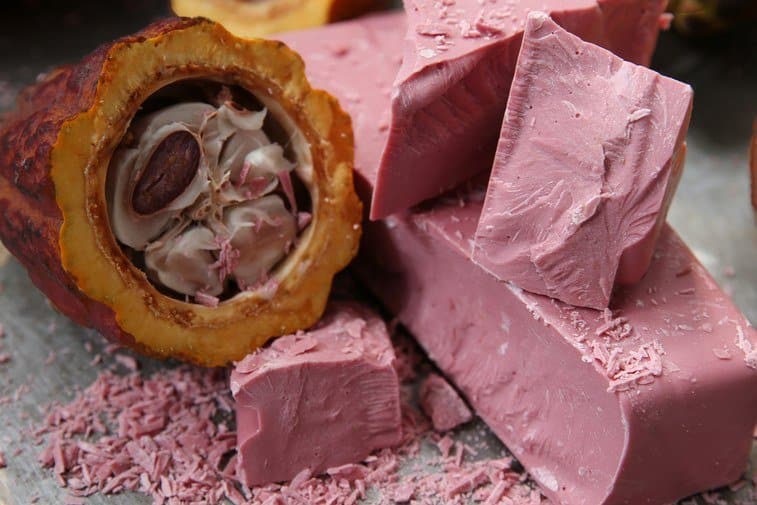 According to the Zurich-based company’s Chief Executive Officer Antoine de Saint-Affrique, the innovation comes after a a decade of research and development. Ruby chocolate is based on a special type of cocoa bean called the Ruby cocoa bean, the beans of which are sourced from different regions.

He was quoted by Bloomberg, saying:

“It’s natural, it’s colorful, it’s hedonistic, there’s an indulgence aspect to it, but it keeps the authenticity of chocolate. It has a nice balance that speaks a lot to millennials.”

The company also hopes the new chocolate will be a huge hit on Valentine’s Day. 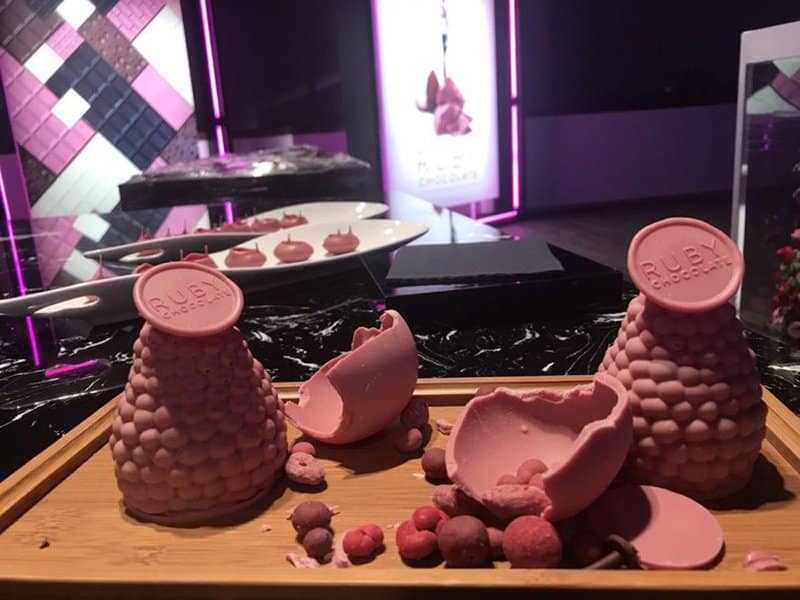 Aside from that, they have tested the product in the U.K., U.S., China, and Japan through independent consumer research done by Haystack and Ipsos.

Innovations in chocolate can take years because of its complex structures and the challenge of maintaining good texture and taste.

The company also found a way to reduce the amount of sugar in chocolate by as much as 40 percent, but this won’t be available until next year. Barry Callebaut also sells chocolate that can withstand higher temperatures, something chocolate companies have been trying to achieve for years.

What do you think of this new chocolatey innovation? We definitely want to try this one!