What exactly do men look at when they are checking out for a prospect to date and get to know? Today, several men values appearance so much that it plays a large role in the dating game.

Most prefer a woman with beautiful representation; pretty face and sexy body. Personality and characters are at times compromised or placed on the lower list.

Men are often thought to be visual, perhaps this is the reason they look for partners that are visually satisfying and lovely.

But what are the chances for a man to go out on a date with a beautiful, sexy, approachable lady who happens to be cross – eyed? Will her little imperfection matter?

A social experiment was created to test the reaction of men whether they will continue to entertain and date a gorgeous hot woman even if she is cross eyed.

“The actress in the video is not really cross eyed and this video was in NO way intended to discriminate anyone that is cross eyed,” according to Dennis Cee.

In the video, a gorgeous – hot lady approached different men one at a time asking them about the city since she’s new to the place and wanted to make friends. Each and every man entertained her and they are all willing to give their numbers to her as well as go out on a date but as soon as she removed her sunglasses and revealed to them that she’s actually cross eyed, all the men were in complete shock.

Each man she approached in the social experiment instantly declined her invitation, didn’t want to give their numbers, walked away from her, made sudden excuses that they couldn’t go out with her and one even insulted her. In short, all men didn’t want to be with her as soon as they found out she’s cross eyed. All of them turned from Mr. Nice man to Mr. Rude guy!

She's beautiful and stunning despite her imperfection. 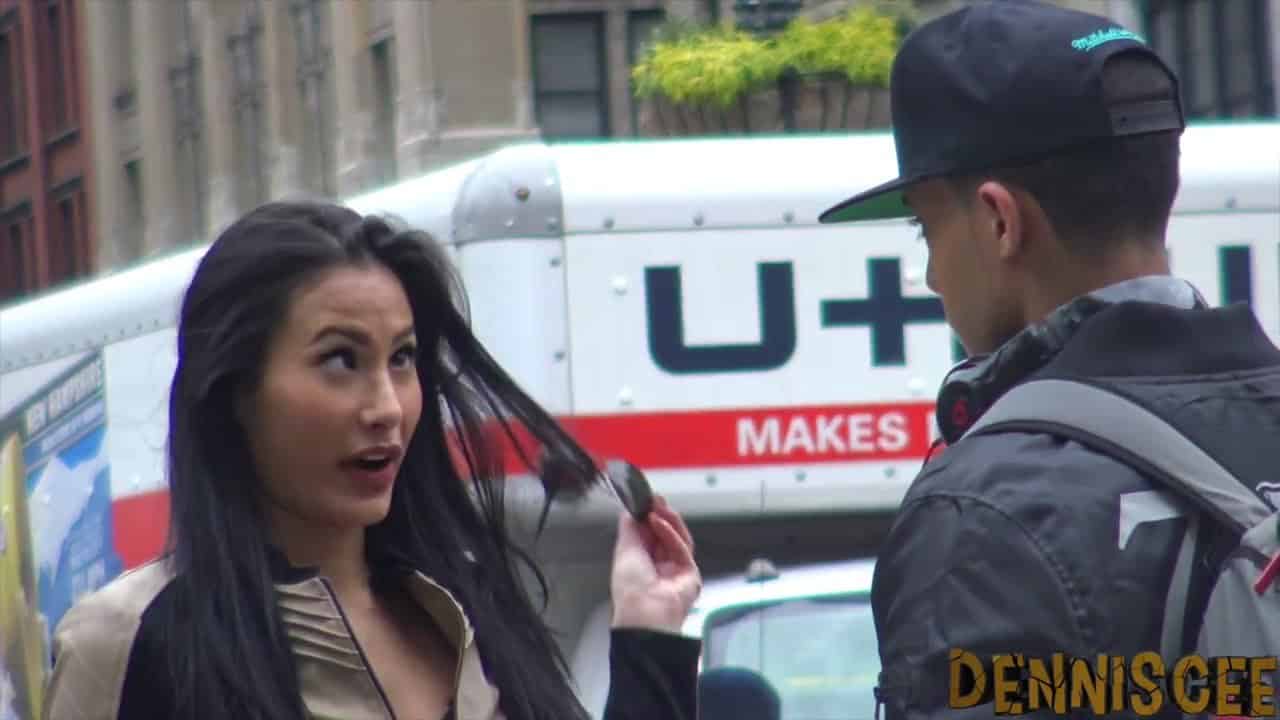 She doesn't deserve the weird stares and insensitive comments from them.

Perhaps, this social experiment clearly depicts that regardless of her beautiful face, body and personality; there are still several men who look at a woman’s overall appearance first before entertaining them or making them a dating prospect.

What can you say about the reaction of these men? Share us your thoughts!