With the age of technology and the internet, it is so hard to imagine that ancient civilizations still exist in this world exactly the same way their ancestors did hundreds of years ago. Some tribes have successfully warded off civilization and lived without any contact from us outsiders. In fact, we have featured articles on the few remaining tribes in the Pacific Islands, Andaman Islands and Africa that still adhere to their old ways. In this article, we are featuring another reclusive and amazing tribe, the Korowai.

A few things you should learn about the Korowai immediately is that: they are like the real-life Tarzan, and don’t piss them or offend them or they might eat you!

Do you like tree houses? Try climbing a typical Korowai tree house more than 50ft above ground! 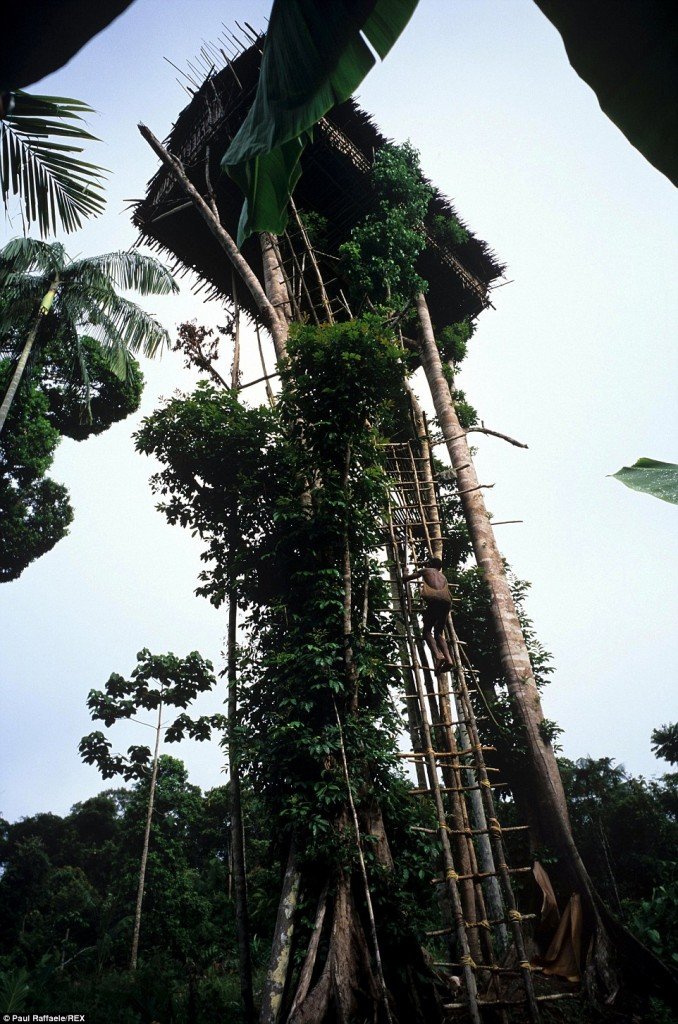 We know of Tarzan, the tree-dwelling, vine-swinging dude raised as the King of the Jungle in Disney movies. Well the Korowai tribe descendants are exactly like that, but more amazing and skilled! They might not be swinging from vine to vine, but the Korowai can build their houses 140ft up using only tree branches and stilts found in their surroundings. Some of their tree houses tower above the tall rainforests of Papua New Guinea.

The tallest Korowai tree houses are as tall as the rainforest tops. 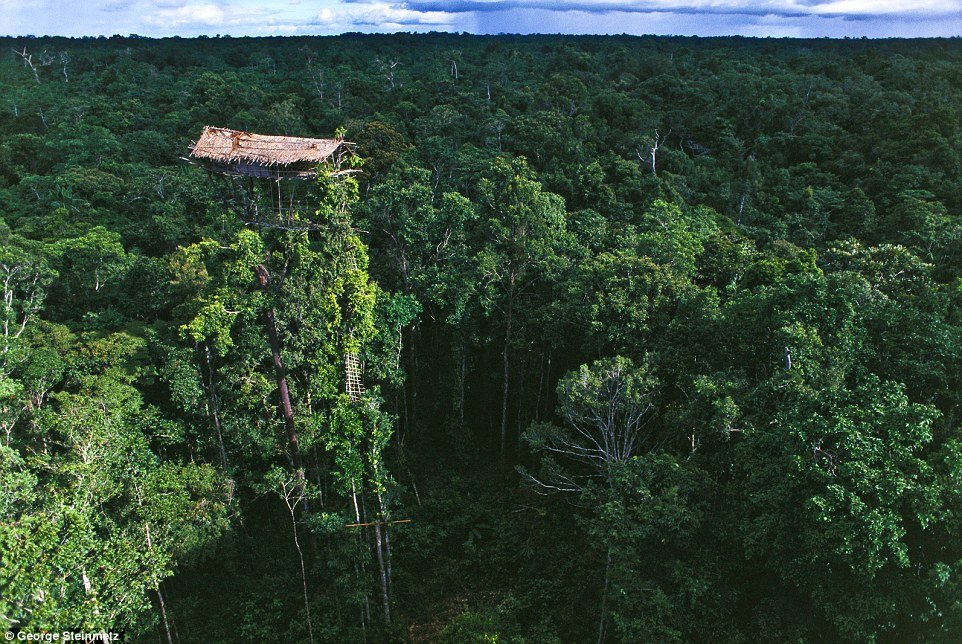 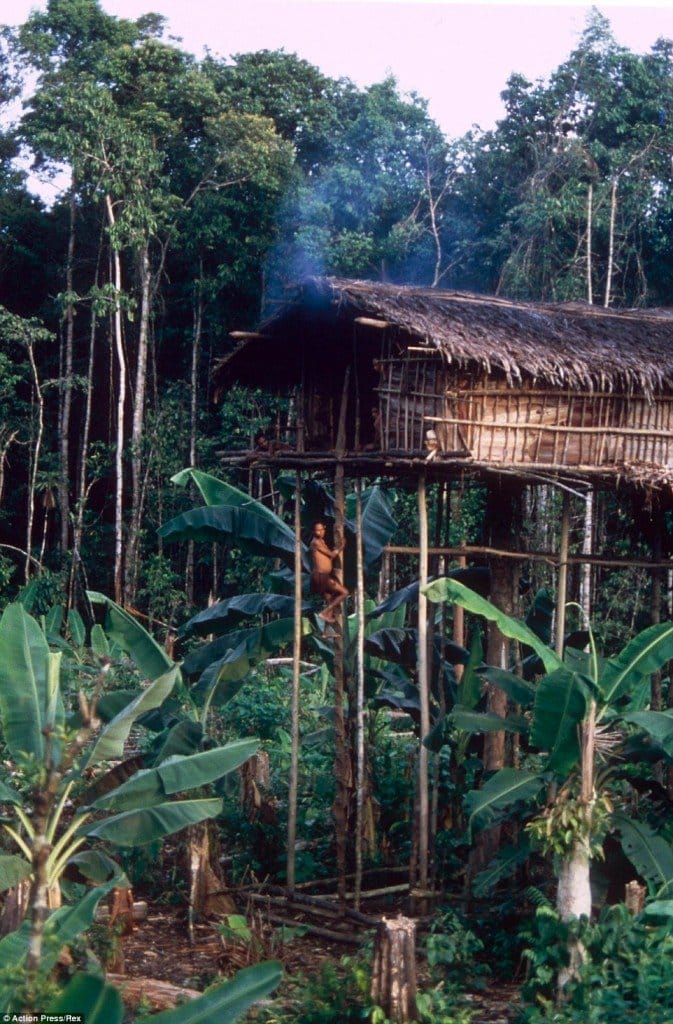 Some of the houses do not have any ladders in them, rather just ridged pieces of rainforest trees, perfectly carved with footholds. The Korowai climbs these expertly.

Inside the Korowai tree house 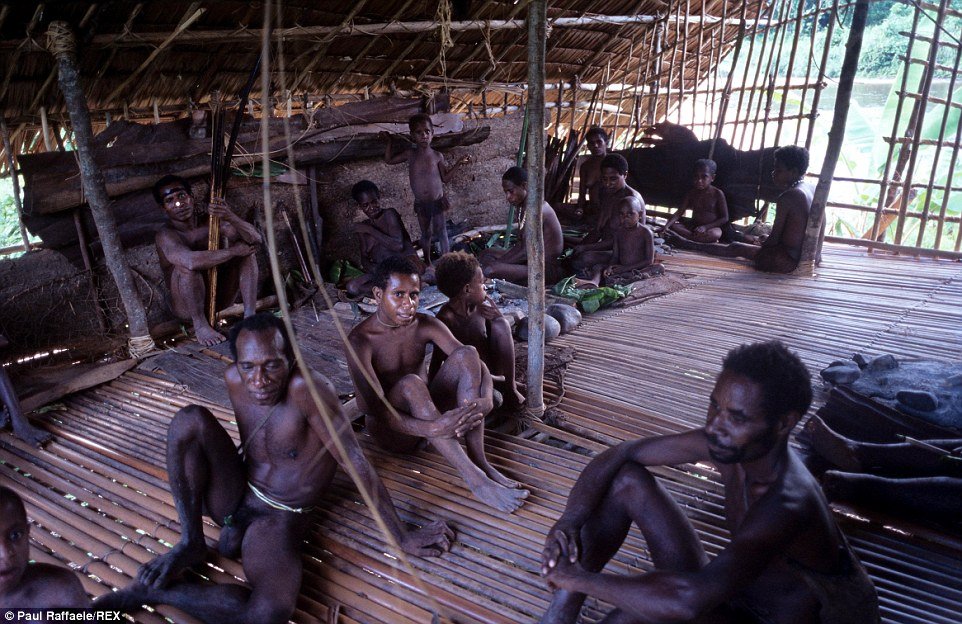 The tree houses seem built on thin but sturdy tree branches. The house is open air allowing cool air in. Floors are made up of overlapping rattan-like tree, and dried leaves are used as roofing. Around 10 people can be housed inside the tree houses.

Like most of their tribal counterparts in Papua New Guinea and Aboriginal Australia, the Korowais sport some fashion ornaments such as necklaces made of animal teeth, sometimes these are also put inside the nostrils. Ornamentations may mean different ranks or high regard within the tribe. Males of the tribe are usually naked, with only a belt made of ropes on their waists. Women and children wear a type of skirt made up of leaves. 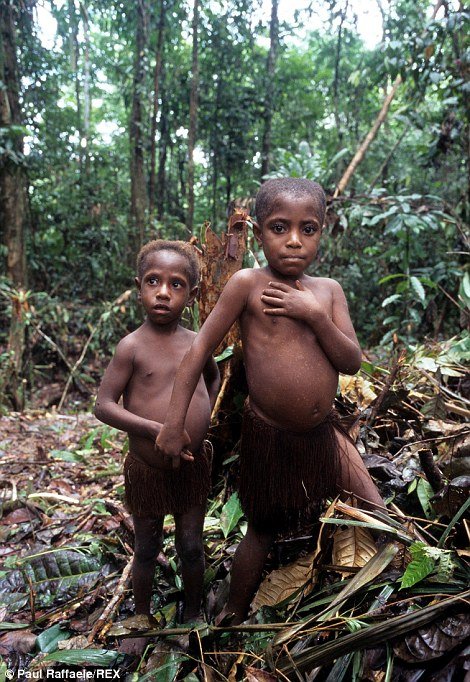 Korowai hunters and their tools, spears and arrows. 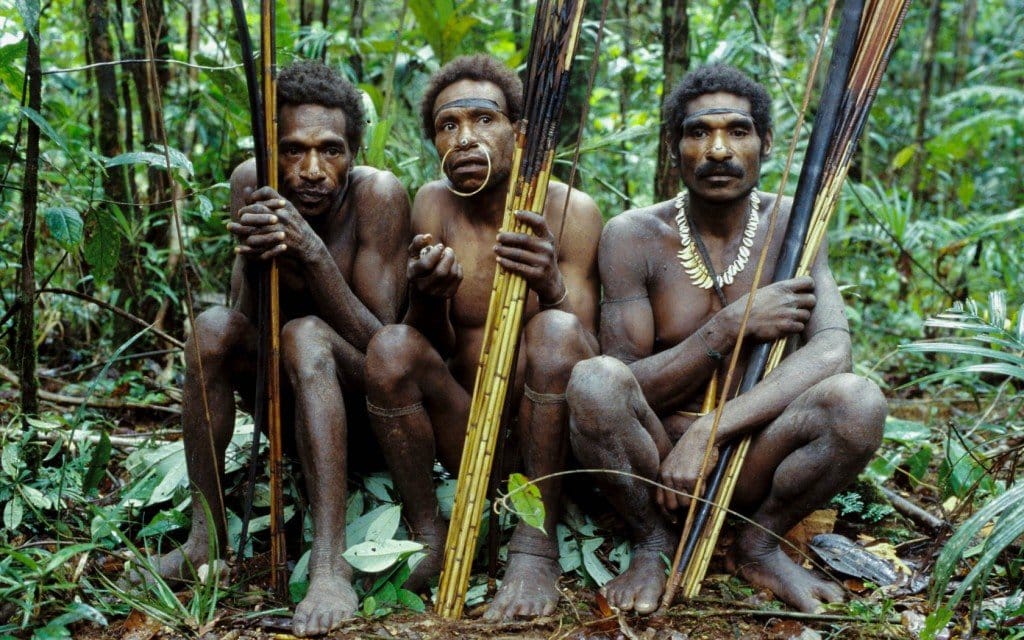 The Korowai was first discovered by American anthropologist Peter van Arsdale in the 1970s. The Korowai back then referred to him as a laleo or ghost demon, because of the pale Caucasian skin. One member of the tribe, Boas, left the tribal home and since then lived in more civilized areas of Papua. He returns to the Korowai and is able to help anthropologists and other visitors learn about the Korowai culture.

Boas in a yellow ensemble, talking to a tribe member 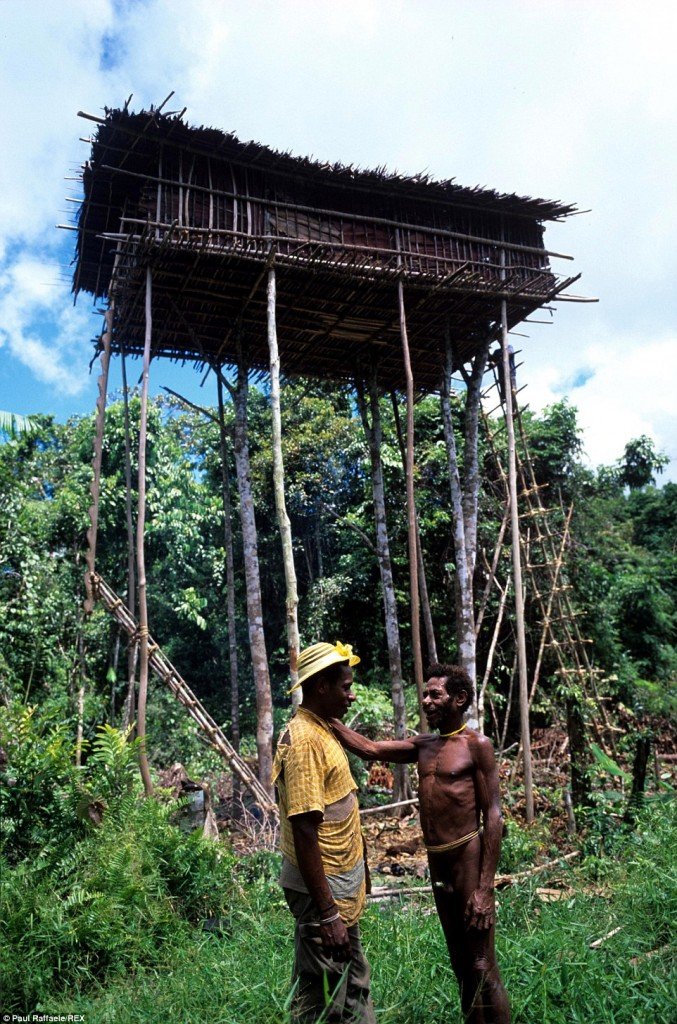 There have been records and evidence of the Korowai practicing cannibalism. Like most tribes, the Korowai have their set of beliefs and practices. They are afraid of what they call khakhua or male witches. Any males suspected of being a khakhua is killed. There is also a special group of men called on to kill a khakhua. Mostly they kill the suspected person via an ax, and the meat is divided by the whole tribe.

An excerpt from an article of documenters who visited the Korowai

Kilikili’s brother Bailom, produces a human skull from a bag. “It’s Bunop, the most recent khakhua he killed,” “Bailom used a stone ax to split the skull open to get at the brains.” Later, the group discusses how the food is divvied up. “I like the taste of all the body parts,” Bailom says, “but the brains are my favourite.” Kilikili nods in silent agreement. 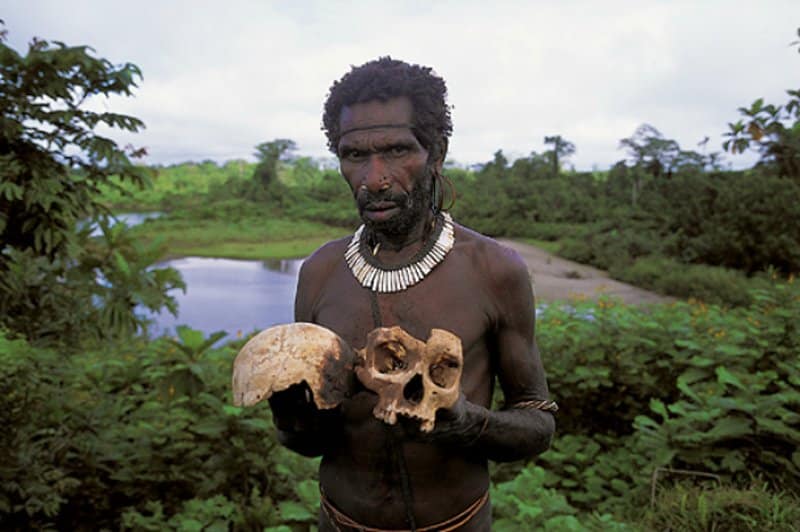 According to their folklore, a khakhua becomes known through a dream. If a member of a family died suddenly due to the witch, it is believed that one of the family members will be able to dream about the dead and they will whisper the name of the khakhua that killed them. Then, the khakhua is hunted, killed and eaten. Despite this practice, the Korowai are generally a peace-loving tribe and they do not attack nor kill for no apparent reason at all.

In summary, it is both terrifying and amazing to think of different cultures and practices from our modernized civilizations today. It is always fascinating to discover things, places and people that remain untouched, unsullied by technology whenever we travel. The only caution we must practice maybe is to respect the inhabitants of a place and appreciate their own inherent culture.

What do you think of this article? Do you have your own share of stories on travel? Hit us in the comments below, and don’t forget to share this story.